When Oscar-winner Russell Crowe stepped behind the camera to direct “The Water Diviner,” he stood on a foundation built on collaborations with some of the most noted directors in the film industry, including Ridley Scott, Ron Howard, Michael Mann and Peter Weir, to name only a few.

“I’ve been fortunate to work with some of the very best in the business,” Crowe says, “and you learn from everybody. It’s the combination of that knowledge that creates what your voice is as a director. So I can very confidently say that I’ve stolen something from every single director I’ve ever worked with,” he laughs.

“The Water Diviner” is an epic and inspiring tale of one man’s life-changing journey of discovery. Crowe plays Australian farmer Joshua Connor, who, in 1919, goes in search of his three missing sons, last known to have fought against the Turks in the bloody Battle of Gallipoli. Arriving in Istanbul, Connor is thrust into a vastly different world, where he encounters others who suffered their own losses in the conflict: Ayshe (Olga Kurylenko), a strikingly beautiful but guarded hotelier raising a child alone; her young, spirited son, Orhan (Dylan Georgiades), who finds a friend in Connor; and Major Hasan (Yilmaz Erdoğan), a Turkish officer who fought against Connor’s boys and may be this father’s only hope. With seemingly insurmountable obstacles in his path, Connor must travel across the battle-scarred Turkish landscape to find the truth… and his own peace.

The film not only resonated with Crowe as a father of sons himself but also as an Australian who was raised on the horror and heroism of Gallipoli. “I would definitely say the fact that I’m a dad myself influenced the way I felt about the script,” says Crowe, “because, as every parent knows, as soon as you have children it affects everything in your life, every decision you make. I think that theme is universal. People everywhere can understand what would drive Connor to search for his sons.”
Crowe’s entire cast agrees that Crowe was more than ready for the new challenge of helming a film. Olga Kurylenko says, “Russell is one of the most brilliant actors of our time, and I think that is what makes him a superb director. His directions were full of images and feelings, so I didn’t just hear them, I could feel them. And, of course, acting opposite him is amazing because it helps bring out your best when the other actor is so extraordinary.”

Yilmaz Erdogan adds, “Working with Russell was very good for all the actors because he speaks our language. He understands the details of a performance and how to give you exactly what you need very briefly. He was a perfect leader.” 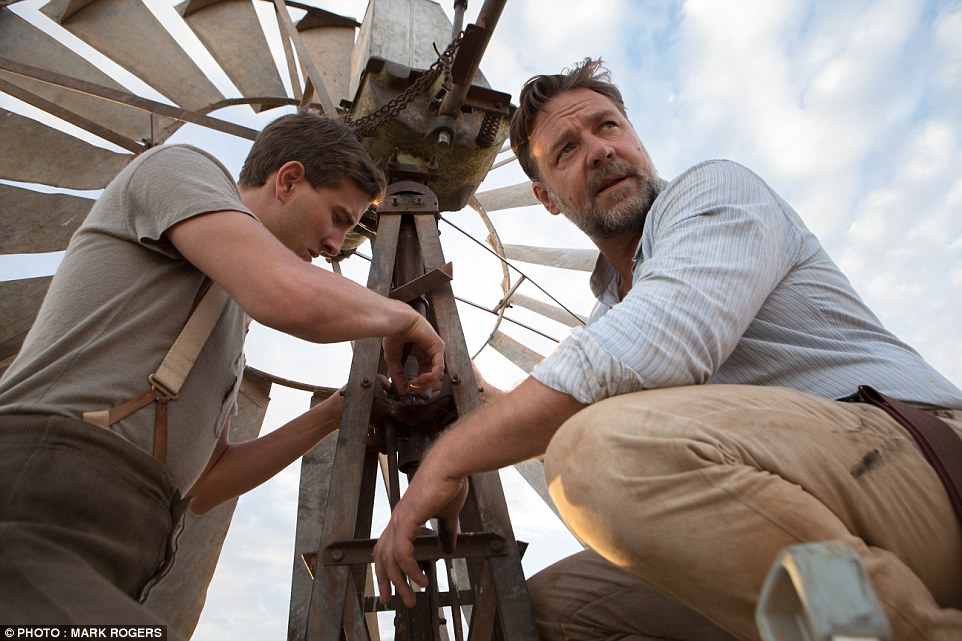 “The great thing for me as a director was to cast such extremely talented people,” Crowe comments. “When you get the right actors, they will become experts about their characters far beyond the director, writers or the producers because that’s an actor’s job. They, more than anyone, will protect the integrity of their characters.”

In closing, Crowe reflects, “In war films today, it is important to tread that line where you honor the warrior but condemn war. And I believe ‘The Water Diviner’ definitely does that.

“It talks of loss and of grief,” he concludes, “but the story is ultimately life-affirming and very much about love in its many different forms. Another key thing in life is the simple need to persevere; whatever comes up, you have to find a way to move on, and that requires hope. Hope is one of the fundamental tenants of humanity.and my hope is that audiences will come away reminded of that.”

An extraordinary tale of love, faith and heroism, “The Water Diviner” will be shown exclusively at Ayala Malls Cinemas nationwide starting June 24.