As the story of Universal Pictures’ new adventure comedy “Minions” begins, the Minions are currently masterless in the frigid Antarctic, having grown despondent the more time they spend without a master to serve. Over the centuries, they have had such great intentions for their numerous bosses, but in true Minion fashion, they end up accidentally getting each and every one of their masters killed. When the Minions finally do meet Gru, they’re more relaxed and less insecure. In 1969, however, they’re still in the middle of a steep learning curve.

Although Kevin, Stuart and Bob are very much Minions at the core, it was crucial to provide differentiation not just to their look, but to their unique sounds. Producer Janet Healy says that it wasn’t until the Illumination team began developing “Minions” that they started discovering their distinct personalities. “It was hard at first because the Minions have always been a group that share characteristics of impatience and childishness and buoyancy,” she says. “When we decided to differentiate these three characters and track them, we realized how to make our heroes very distinct and show what each of them are thinking and feeling through their pantomime and sounds.” 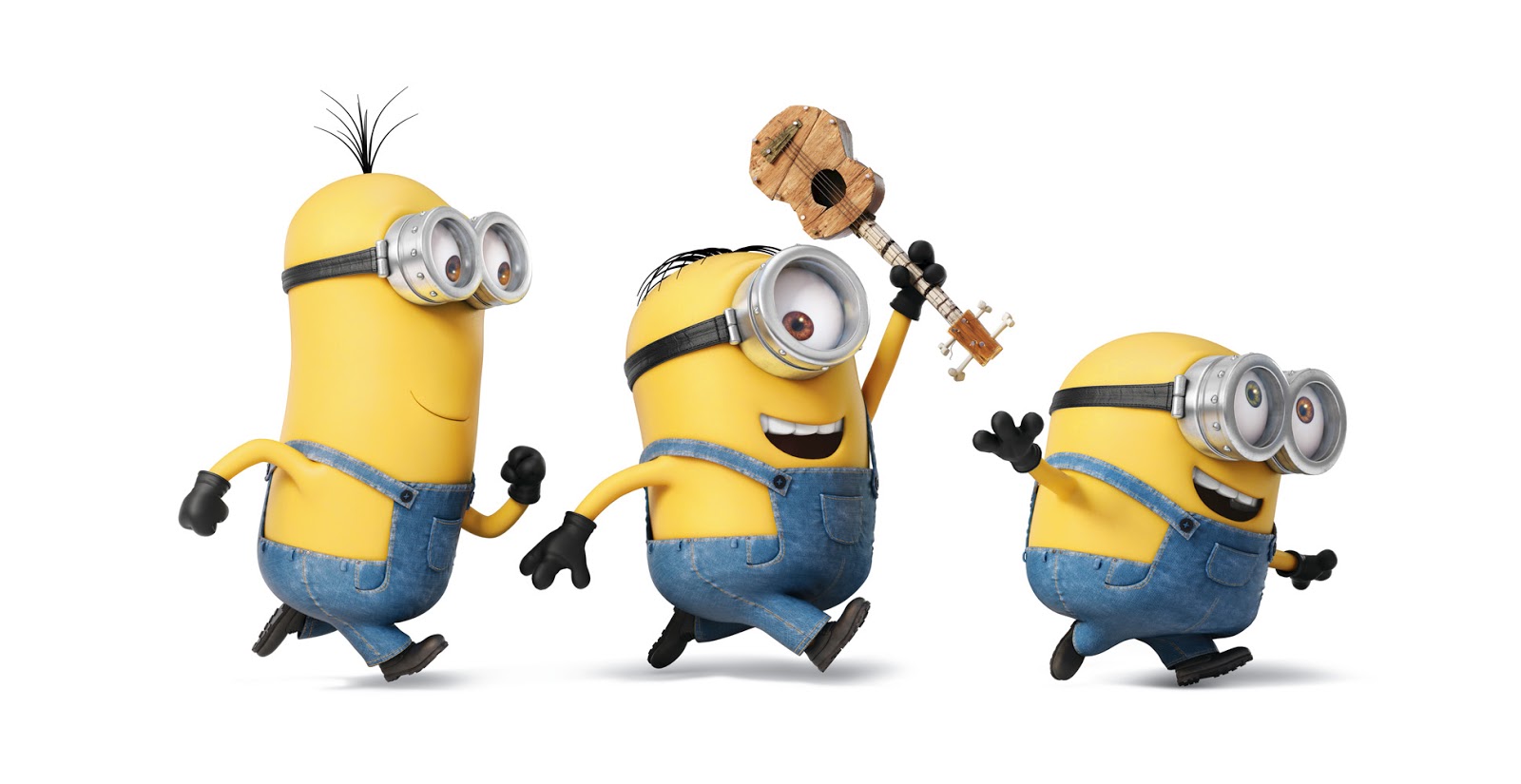 Producer Chris Meledandri describes the characters: “Kevin is the older brother of the three, and he desperately wants to be heroic. Bob is the littlest, and I think of him as the Agnes from “Despicable Me” of the group. He just loves everybody; he’s a very happy little guy. Stuart is more of the adolescent, the rebellious one. By the end of the movie, you get the sense that the three of them are their own little family.”

As Kevin is the elder statesman of the tribe and filled with nothing but good intentions, he sounds a bit more responsible—sometimes stern—and is quick to admonish his younger siblings when they’re too distracted by nonsense or chicanery. Stuart’s sound is much more laissez-faire, and he’s quite partial to a flippant “meh.” He goes with the flow but is not interested in any drama (that he didn’t create). Bob’s vocals are much more childlike. He is so joyous, so full of life, but also easily scared of the adventure ahead and is prone to gasps and “ooooooh”s. 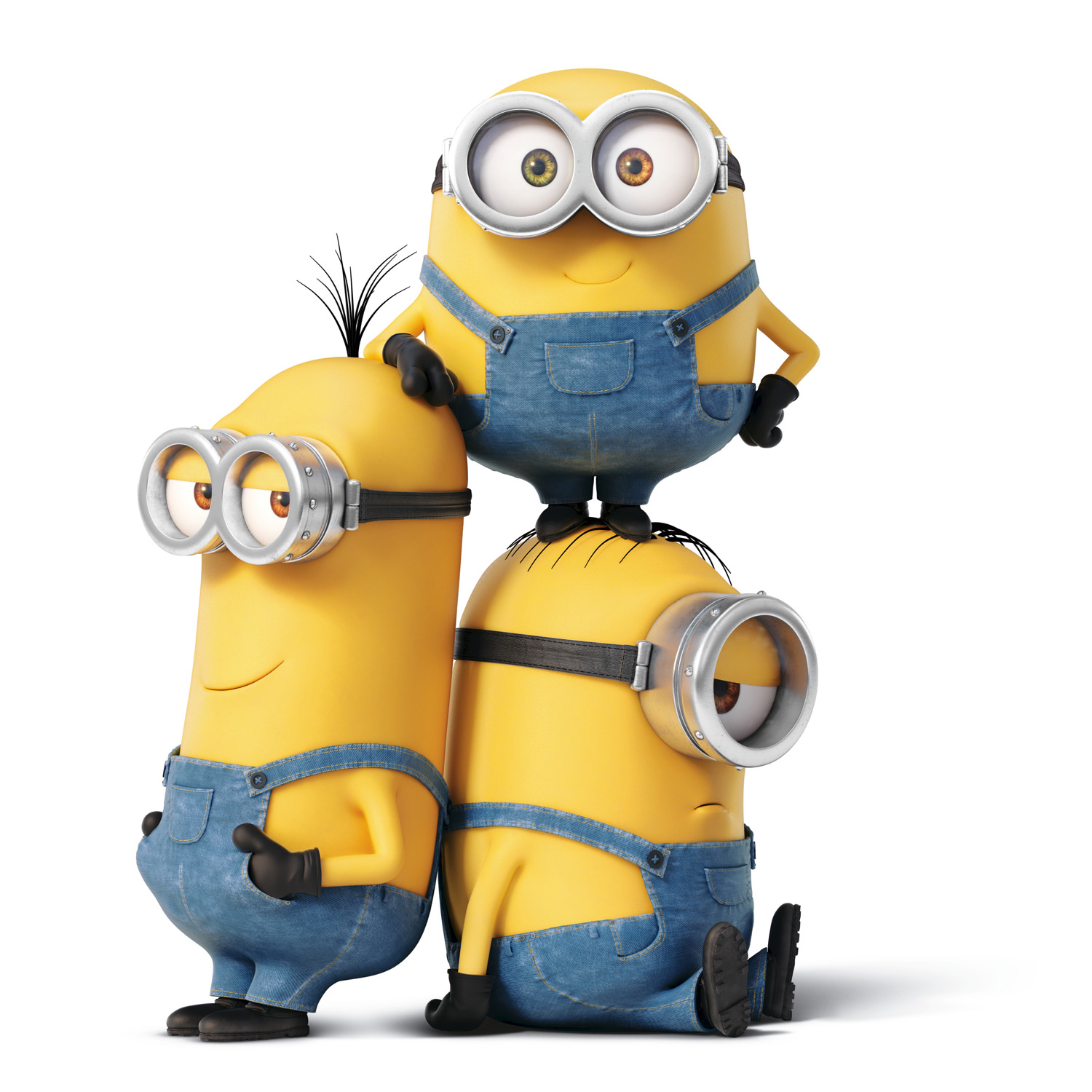 Director Kyle Balda explains that the three members of the Minion tribe that we get to know over the course of the film actually revealed themselves to the animators as the animation process evolved. He explains: “When you storyboard a scene, you start to know who Kevin, Stuart and Bob are. You let your imagination run, and you think that Bob wants to go this way or that. So you let him go that way and see happens. You don’t try to always reign in the characters and make them do what you think they’re supposed to do. You play a bit, and often it can take you someplace really interesting.”
Balda jokes that if our heroes had anything to say about running the production of “Minions,” he knows exactly what they’d have done: “Stuart absolutely wants to do his own thing, and he would love to get in front of a camera and talk about the movie and take all the credit. Bob would just be fascinated with all the lights and the technical aspects and not know what was going on most of the time. And Kevin? Kevin would take it all very, very seriously.”

Of particular importance to the filmmakers was to make Kevin, Stuart and Bob’s journey not just a humorous one, but a global one. Meledandri shares: “Through the course of the movie, the Minions not only traverse time, but they also traverse geography. The movie takes you from New York City, Orlando and Australia to China, India and London, where a big portion of the film transpires.”

A New Vision Of Thriller In “Regression”

Uber “Spy” Jude Law: All Is Fine In The Espionage Game