In 1993, high school student Charlie Grimille died by the noose in a freak accident during Beatrice High’s production of the play “The Gallows.” Twenty years later, it seems Charlie will finally have his curtain call.

On the eve of the play’s revival, students Reese, Pfeifer, Cassidy and Ryan spend the night trapped in the school’s auditorium, with no way to call for help. If Charlie has his way, it may be the last night they spend alive.

Written, directed and produced by Chris Lofing and Travis Cluff and shot entirely outside of the Hollywood system, the horror film “The Gallows” found its way to the big screen thanks to the filmmakers’ use of a much smaller one—the computer—and their own ingenuity. 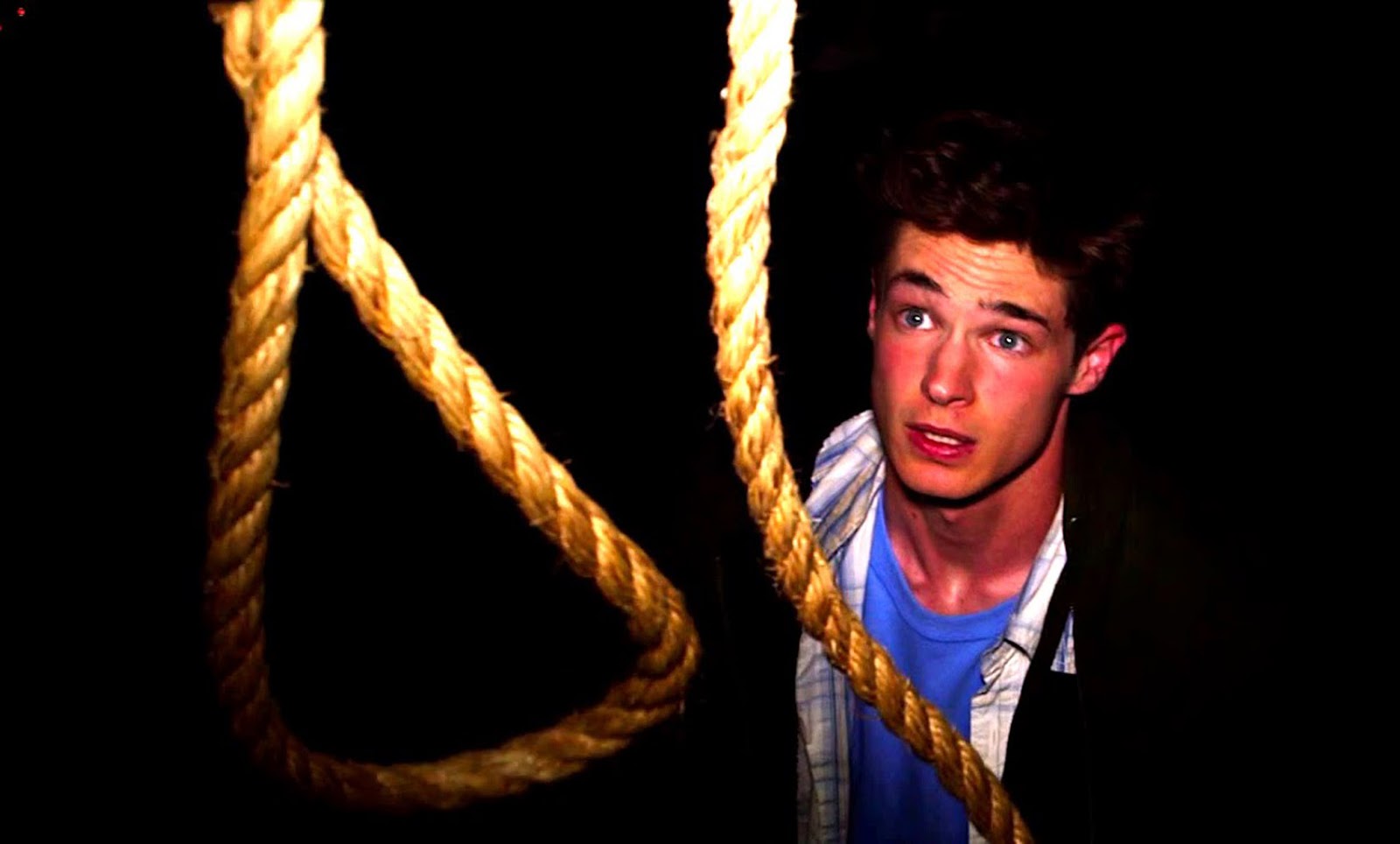 Lofing states, “Travis came up with the initial concept, and we developed it from there until we had a rough script. Then we shot a promo trailer, mainly just so we could see how it worked, if it looked scary to us.”

“We also used it in order to raise funds, so we could shoot the rest of the movie,” Cluff quips.
While the filmmakers continued into production, they put the trailer online. It was spotted by producer Dean Schnider of Film 360, the production arm of Management 360. 360 shared it with well-known genre production company Blumhouse, founded by veteran producer Jason Blum. Blum offers, “‘The Gallows’ is really the first movie we’ve done since ‘Paranormal Activity’ that has the same DNA—that homemade ‘I can do that’ look, which, to be honest, few people really can do. We must see about a thousand attempts a year, but ‘The Gallows,’ was unique in that not only did they do it themselves, but it worked.”

Schnider says, “I’m always consuming media, going through blogs and video sites, whether due to my own curious nature or trying to find the next big talent. I saw this two-minute clip that was just strange and scary and creepy. It felt truly unique and my gut instinct led me to reach out to Chris and Travis.” 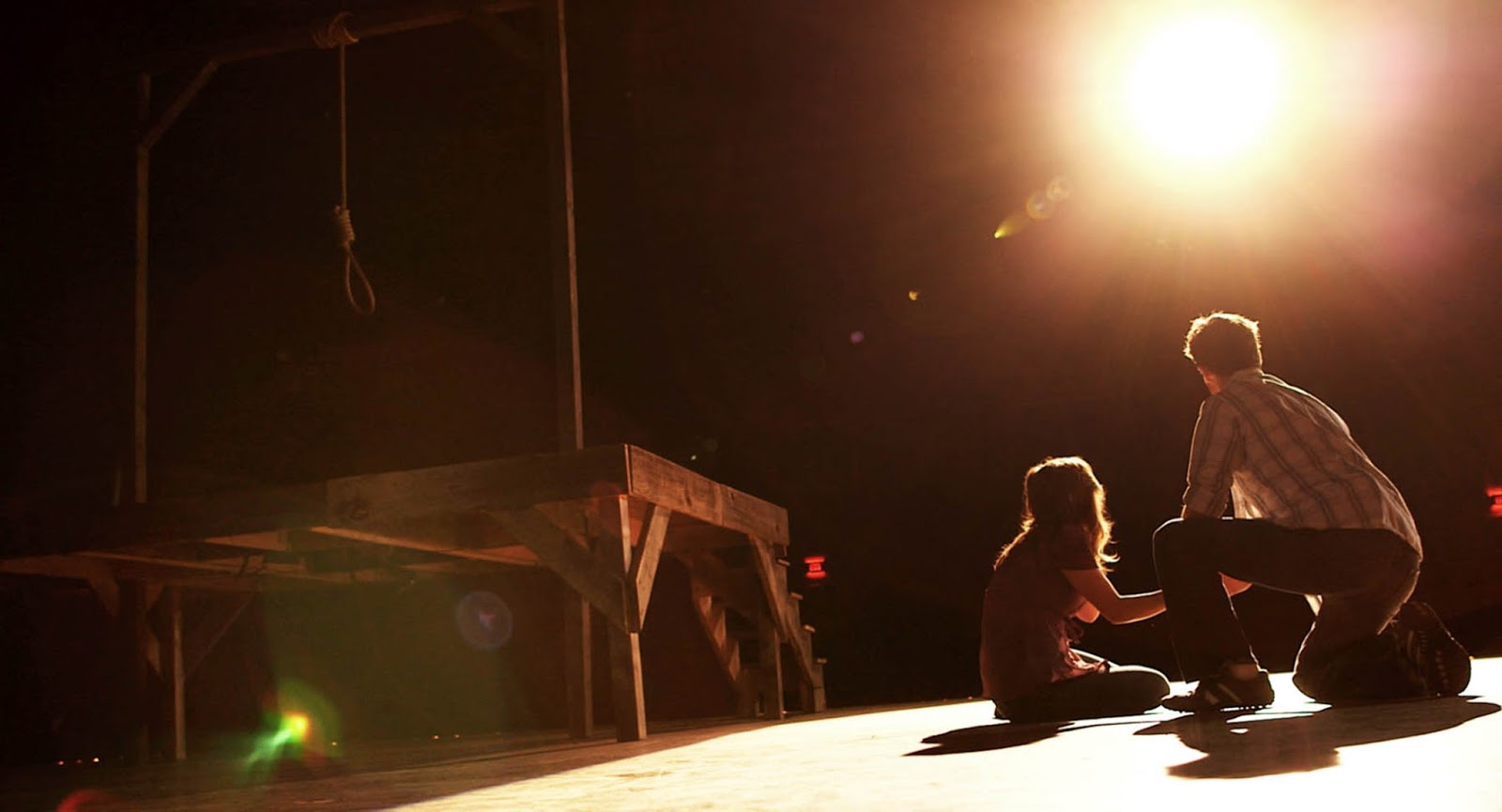 Of the two, Lofing confesses to being the true horror fan. “I’ve always used those movies as creative inspiration. Travis came at it from a more business-minded perspective. He immediately saw the advantages of doing something with a small budget, and horror is fairly easy to do that way.”
Cluff confirms, “We were operating with no budget, basically, so we had to find a way to do it. That’s when Chris came up with the idea to make it in the found-footage style, which allowed us to do what we wanted in terms of story and production.”

Lofing and Cluff met when Lofing, then just 19, went to Fresno, California, to shoot a short film—his school thesis, actually—and Cluff joined the production as a stunt performer. When Cluff later attended the short’s premiere in L.A., he was impressed with the final result and approached Lofing about working together again. The pair formed their own company, Tremendum Pictures, and “The Gallows” is their first professional collaboration.

With Blumhouse and Entertainment 360 on board to co-produce and co-finance, the directors—who also served as editors as well as handling the visual effects—were able to finalize the film.

Executive producer Couper Samuelson of Blumhouse says, “It seems as though once every ten years or so a movie like this breaks through because it’s really good. We know from experience that it’s hard to get one great scare in a movie, let alone the multiple scares ‘The Gallows’ has. It’s also challenging to get naturalistic performances with the type of dramatic work the actors have to do in horror, especially in found-footage films. Travis and Chris did a terrific job and we were thrilled to be a part of it.”

In “The Gallows,” twenty years after an accident caused the death of the lead actor during a high school play, students at the same small town school resurrect the failed stage production in a misguided attempt to honor the anniversary of the tragedy—but ultimately find out that some things are better left alone.

The film stars Cassidy Gifford (“God’s Not Dead”), Ryan Shoos (“As Night Comes”), Reese Mishler (the web series “Youthful Daze”) and Pfeifer Brown under the direction of Chris Lofing and Travis Cluff, who wrote the screenplay.

Opening across the Philippines on July 24, “The Gallows” is distributed by Warner Bros. Pictures, a Warner Bros. Entertainment Company.