ReZirb
Home Entertainment The Darkest “Insidious” Chapter Goes Back to the Beginning
Facebook
Twitter
Google+
Pinterest
WhatsApp
The darkest “Insidious” chapter plunges audiences back into the otherworldly realm The Further, revealing how Elise Rainier (Lin Shaye) first braved it in her fight to save a young woman from demonic possession.

Columbia Pictures’ “Insidious: Chapter 3,” the new movie in the terrifying horror series, is written and directed by franchise co-creator Leigh Whannell. The film is set years before the haunting of the Lambert family, and Elise’s battles with spirits from The Further, in “Insidious” and “Insidious: Chapter 2.”

In the prequel, teenaged aspiring actress Quinn Brenner (Stefanie Scott) senses that her late mother is trying to contact her, and seeks out a gifted psychic – Elise.

Elise feels protective of sensitive Quinn, but tragedy in Elise’s past has left her reluctant to use her abilities. Soon a shocking accident leaves Quinn recuperating at home, as her widowed father Sean (Dermot Mulroney) struggles to hold his family together. Then Quinn is attacked in her bedroom by a malevolent supernatural entity, and Sean pleads with Elise to help. Wrestling with her faith and sense of purpose, Elise summons her powers to contact the dead – with support from two new acquaintances, unlicensed parapsychologists Tucker (Angus Sampson) and Specs (Leigh Whannell).
Forced to venture deep into The Further to protect Quinn, Elise soon finds herself facing off against the most ruthless enemy she has ever encountered: a demon with an insatiable craving for human souls. 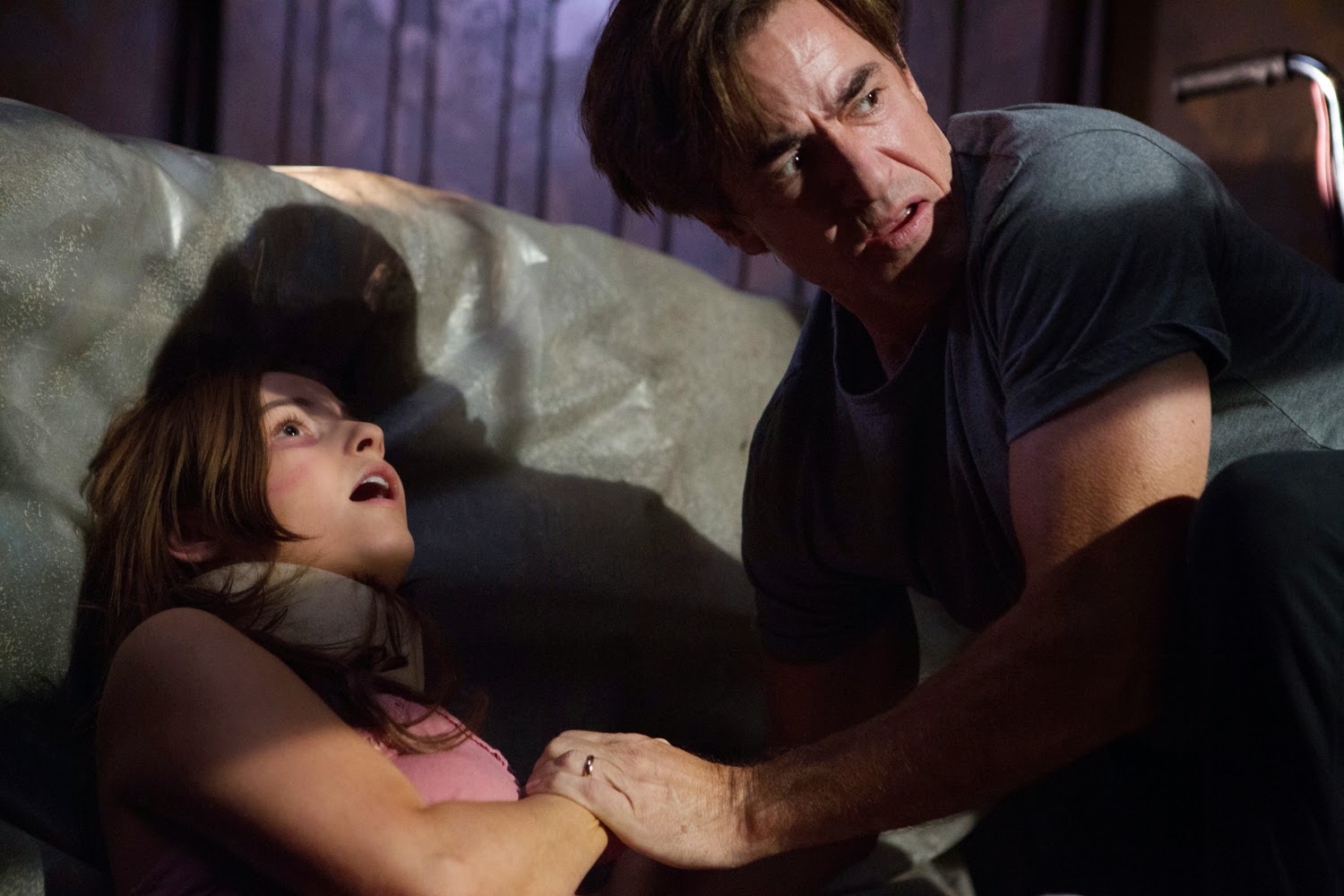 The adjectives “dark and weird” has been part and parcel of the enduring shivery appeal of the “Insidious” movies, evoking dread and terror – sometimes explainable for the characters, sometimes not. Stefanie Scott remarks, “It’s the fear of the unknown that works on you – like when you hear a noise and think, ‘Huh, that’s nothing.’ But in these movies, it is…something.”

Leigh Whannell adds, “It’s your own imagination that can start freaking you out right away; a floorboard creaking can set you off. In the `Insidious’ movies, we build on that and tease the audience a little.

“Then we go for the unexpected scares, maybe seen out of the corner of your eye. Like in the first two movies, there will be moments in `Insidious: Chapter 3′ where half the theatre is whispering because they saw something – but the other half didn’t catch it. An `Insidious’ movie has this creepy atmosphere where you never know what to expect, and up come some images that stick in your mind.
“The Insidious movies are atmosphere-centric,” agrees producer James Wan. “For the filmmaking team, it’s all about creating the right tone, the right creepiness. The world of The Further looms over our real world and is like a nightmare, except you’re not asleep when you experience these demonic entities encroaching on your world or these ghostly spirits haunting you.” 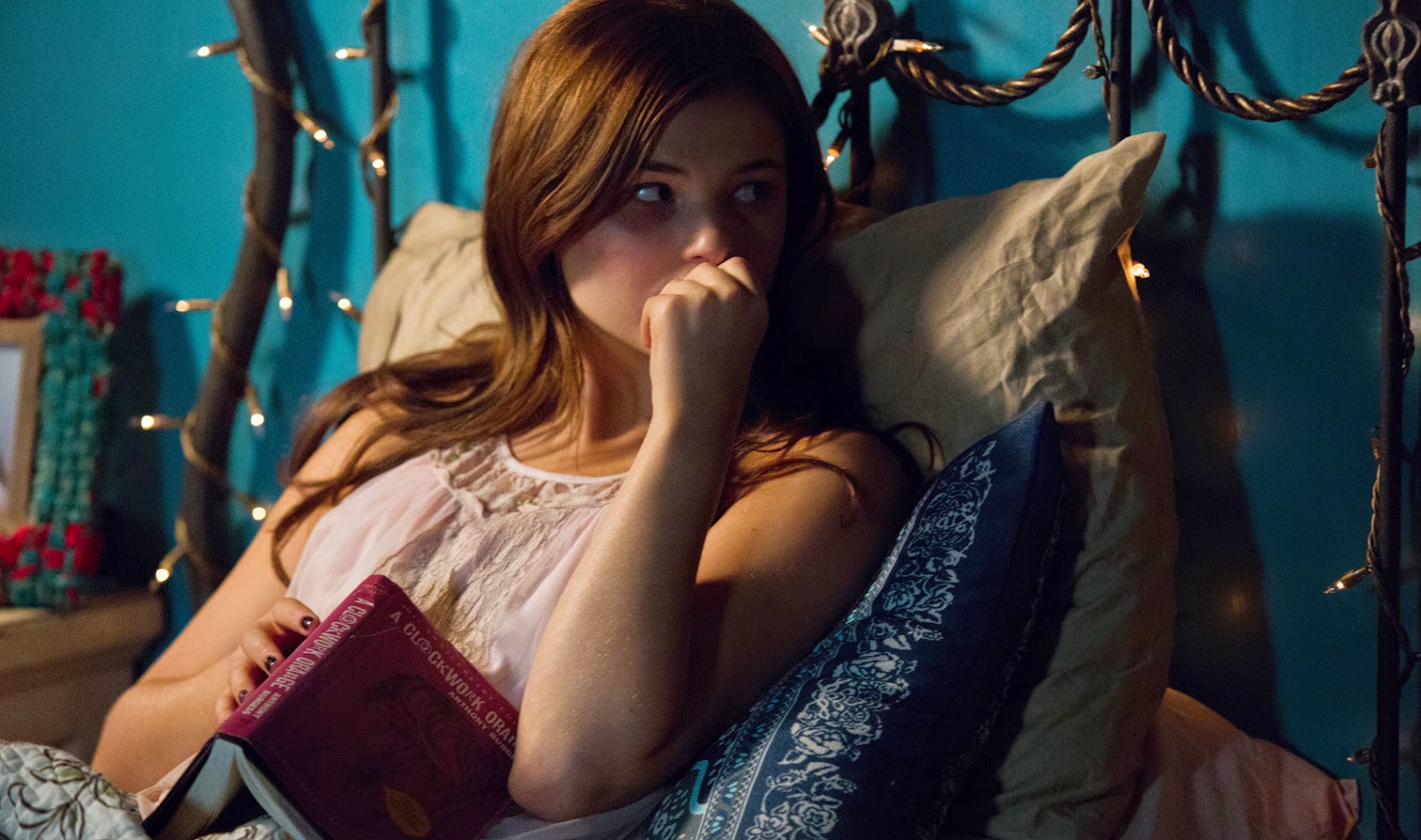 Having confronted all manner of demons in her characterization of the brave Elise, Lin Shaye reflects, “I loved – or, hated – the demons in the first and second movies, but there’s something about the one in `Insidious: Chapter 3′ that chills me; there is a familiarity to it that is different – and scarier – than what we’ve seen before.”