As her parents race to San Francisco, Blake must rely on her own instincts and resourcefulness to survive and cut a path toward safety.

“Alexandra’s character is a strong woman, not a damsel in distress, and that was important to us,” says producer Beau Flynn. “I have two daughters, so I especially love to see women take on these roles, because the truth is, women are often the real heroes.” 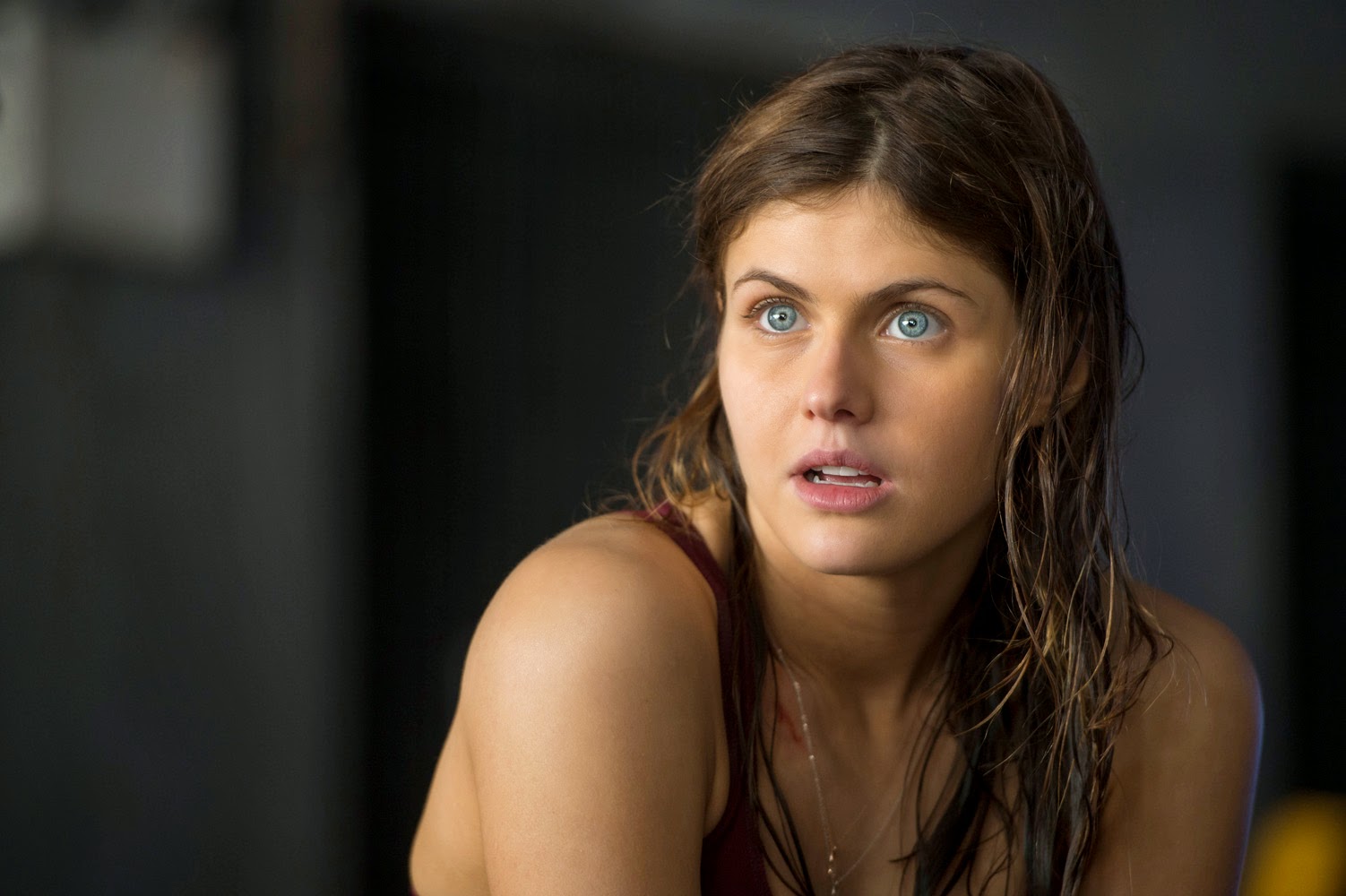 Hundreds of miles away, Blake recovers from the terror of being trapped in a crushed car in an underground parking garage and struggles to regain her bearings. Unable to communicate with her parents by phone except for a few fleeting moments, she discovers that the lessons her father taught her about survival still resonate and guide her.

“Things can happen at any moment; life is so unpredictable,” acknowledges Alexandra Daddario. “It’s interesting to see her utilize all these skills she’s learned from her dad and tap into parts of herself she probably didn’t even realize she potentially had. She’s a strong character; very tough and knowledgeable but also a normal girl that people could relate to, and you see her evolve through this ordeal to become more of a woman than a girl. Of course, playing Dwayne’s daughter makes me feel a lot tougher than I actually am.”

“Alexandra is smart, talented and engaging. When she came in to read, we knew right away that we’d found our Blake,” Flynn recalls. “It’s not easy to convince the audience that you’re Dwayne Johnson’s daughter, and she matched up with him perfectly.” 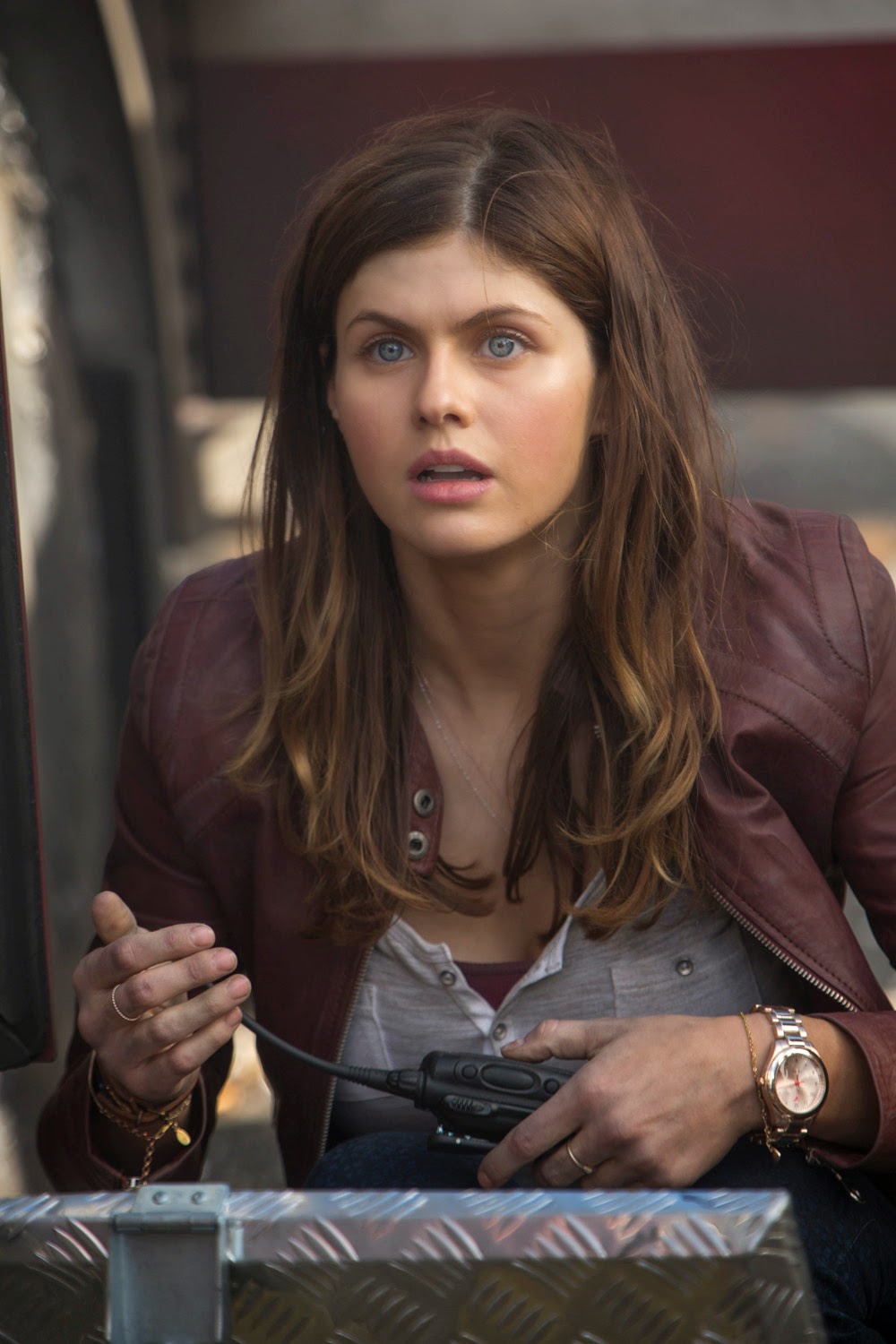 Heeding her dad’s advice, Blake navigates on foot through the rubble, aftershocks and debris toward one of the city’s tallest and most famous landmarks, Coit Tower, where Ray and Carla have promised to meet her. But she’s not alone. Sharing her journey is the shy but brave Ben, a Brit played by Australian actor Hugo Johnstone-Burt. In the city for a job interview and vacation, with his younger brother in tow, Ben first crosses paths with Blake in the lobby of an ultra-modern skyscraper, with a sweetly flirtatious exchange that ends with her offering him her number. Not long after, as the building collapses around them, Ben refuses to leave his newfound friend behind.

“Worst luck in the world,” says Johnstone-Burt, reflecting some of the lightness and humor his character brings to the mix. “Here’s the poor guy on holiday and having a job interview, he just gets the number of a pretty girl and then it all hits the fan.”

Underscoring the fact that you never know who will reach out a hand when it’s most needed, the three of them – Blake, Ben and his precocious little brother Ollie, played by the then-12-year-old Irish actor Art Parkinson – throw in together as a team, alternately helping and leaning on one another. Says Daddario, “When the earthquake hits, they forge a tight relationship and continue moving.”

It takes a leap of faith for Ben and Ollie to stick with Blake when everyone else heads in the opposite direction, but Blake’s faith is in her dad and where he promised to meet her.

Opening across the Philippines in both 3D and 2D format on Thursday, May 28, “San Andreas” is distributed by Warner Bros. Pictures, a Warner Bros. Entertainment Company.