The principal cast of Universal Pictures’ new horror thriller “Unfriended” consists of six characters who become trapped in a game of cat and mouse, as a mystery chatroom user torments them with secrets they thought would never be uncovered and pushes them into horrifying actions.

Working on tight time constraints, casting director John McAlary brought talented actors in for auditions, but, as the performers would soon learn, they weren’t average auditions.

In the beginning, the team had actors read in the room with them, but it soon became quite clear that they needed to audition in front of a computer. So, the casting process took place just that way, in two different rooms, via video chat, and the cast was chosen based upon those auditions. Once they assembled their top choices, director Leo Gabriadze and his key crew conducted a mix and match of sorts, in which they took different groups of six people and had them do a scene together. In this, each was asked to find their character’s personality and place in the group. Indeed, it was crucial that each actor was comfortable with improv and quick changes. After that, the final group of six was chosen.

In auditioning actresses for the role of Blaire, the team knew the moment they saw Shelley Hennig that she was their Blaire. Hennig, who is well-known for her role as Malia Tate on TV’s “Teen Wolf,” walks us through a quick description of Blaire: “She’s that girl in high school who makes it a priority to do the right thing, and keep life pretty simple. She’s usually satisfied to spend her time hanging out with her crew on Skype, and being totally in love with her high-school sweetheart, Mitch.” 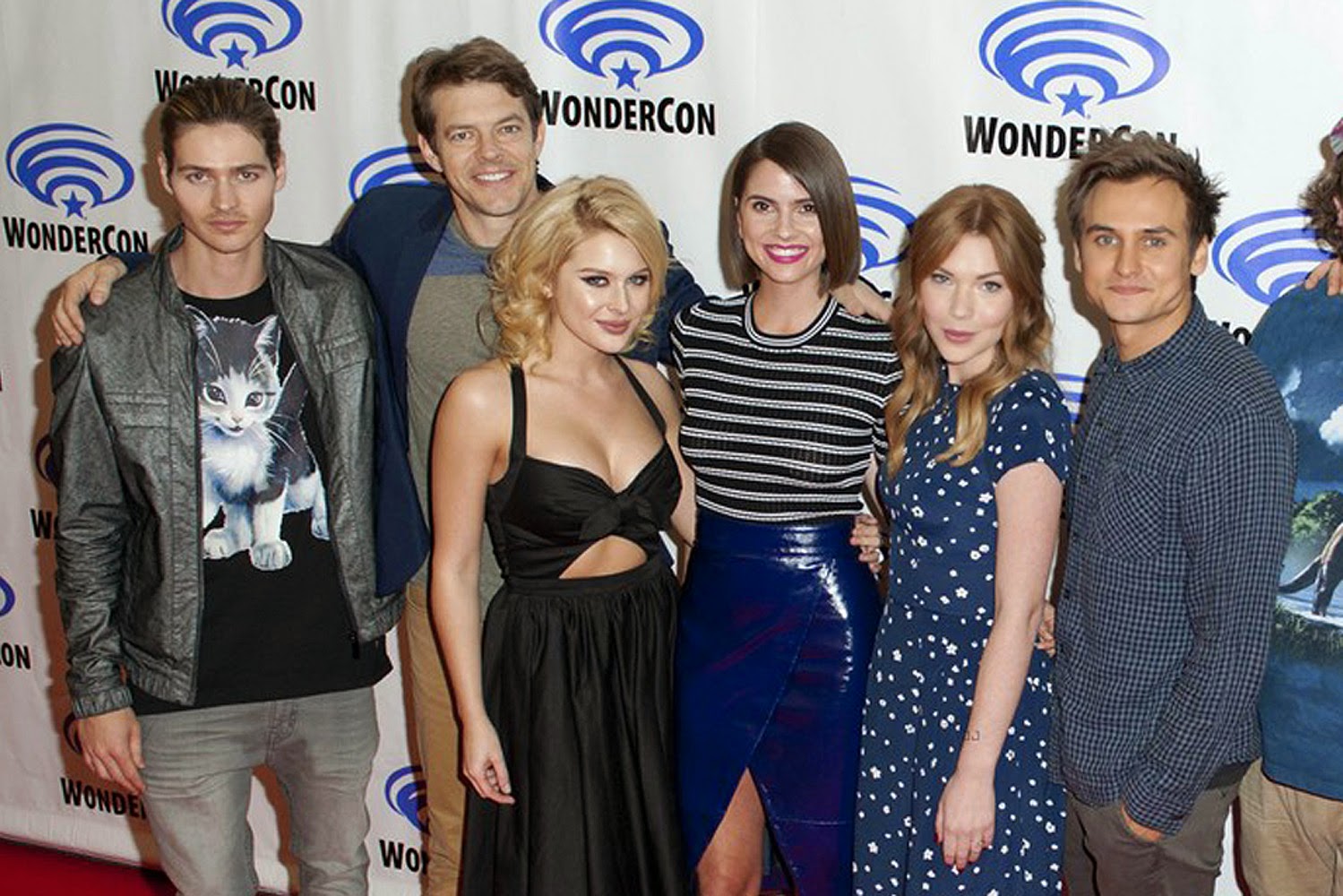 As they never actually make physical contact throughout the film, it was important that Blaire and Mitch have palpable chemistry. After seeing several actors for the role of Mitch, the core team found him in Moses Storm. The performer, who will star in and is writing his directorial debut, #ModernMillennial, shares his experience: “What drew me to the project was how innovative the concept of the film was. I’d never seen anything like it using this format. It seemed like a challenge, almost impossible to do, and the concept is what sparked my interest. During the casting process, I was in a long-distance relationship where our only contact was through Skype, so that definitely aided in the audition process and drew me to this as a unique way to tell a story.”

Renee Olstead, known for her co-starring role on the critically acclaimed coming-of-age series “The Secret Life of the American Teenager,” landed the role of the lovable-but-dim-witted Jess. Olstead shares what intrigued her the most about being part of the film: “What I love about this movie is that we flesh out every possible scenario. Initially, something scary happens, and in every other scary movie, the audience would say: ‘Well, why don’t they just shut off their computer?’ That’s something we show right off the bat, exactly what happens when someone tries to leave the conversation. The filmmakers did their homework and created something that’s authentically scary.”
For the role of tech-savvy Ken, who is arguably the biggest joker in the group, the team selected actor/comedian Jacob Wysocki. On what attracted him to the project, Wysocki gives: “The concept was something that had never been attempted. In the audition process, they said there was room for improv—and I come from a background in that—so it was tantalizing to be part of something that was pitched as a play that never cuts.”

Actor Will Peltz, who recently starred in “Men, Women & Children,” was selected for the role of the crass, hard-partying Adam. Peltz, too, felt the relevance of the film and was intrigued with the manner in which the script put a twist on a contemporary topic.

For the role of Val, the production chose actress Courtney Halverson, who will next be seen on HBO’s groundbreaking series “True Detective.” Halverson shares: “Val is that friend you have in your circle that you don’t necessarily like hanging out with, but you have such a history together that it’s hard to get rid of her. She’s bossy, opinionated and can be a bit abrasive.”

Rounding out the cast in the role of Laura Barns, a fellow classmate who committed suicide after she was ridiculed over an embarrassing video of her passed out at a party, is Heather Sossaman (TV’s “Days of Our Lives”).