One of the hottest comedians and entertainers in the industry today, Kevin Hart (“The Wedding Ringer,” “Grudge Match”) is tasked to get Will Ferrell in “tough” shape for prison, in Warner Bros. Pictures’ new adult comedy “Get Hard.”

This outrageous and satirical comedy is about two guys who work in the same building but live in different worlds, until they strike an unusual and potentially life-changing deal that challenges their most basic – and hilariously off-base – preconceptions about so many things.

It all begins as Ferrell’s character, James, a ridiculously wealthy and entitled hedge fund manager with the biggest mansion and the hottest fiancée money can buy, is caught with his hand in the till. Summarily convicted of the kind of fraud that costs regular people their life savings, he then adds insult to injury by turning to the only person he can think of to help him prepare for lockup: his car detailer Darnell (Hart), a struggling but focused entrepreneur whom James automatically expects to have done time, statistically speaking, given Darnell’s age, his economic circumstances, and…

“He assumes Darnell has been in jail because he’s black,” offers Hart. In fact, Darnell has zero experience with the prison system. Understandably offended, he tries to set James straight but the disgraced financier is too wrapped up in his own escalating panic to listen. Darnell then quickly does the math and figures: why not? If James is stupid enough to run that stereotype and is willing to pay for the mentoring he believes Darnell can provide, “he’ll take him up on the offer, create some kind of program, put up with his bullshit for a few weeks and take his money.”

The only thing James and Darnell appear to have in common, apart from the absurdity of their situation, is the commitment and timing of the actors who portray them.

“There are levels. It’s not always about being the funniest person in the room, and we both get that,” Hart says. “We were focused on making each scene better and the material put us in a situation where we could both win. As a fan of comedy, a fan of improvisation, Will has always been at the top of my list. We’re making a movie to make people laugh, so we need to laugh while we’re filming it; that’s how you get your best content, and that’s what Will and I were doing from the start. We didn’t rush to our trailers between takes. We mostly just sat in the chairs, talking and laughing.” 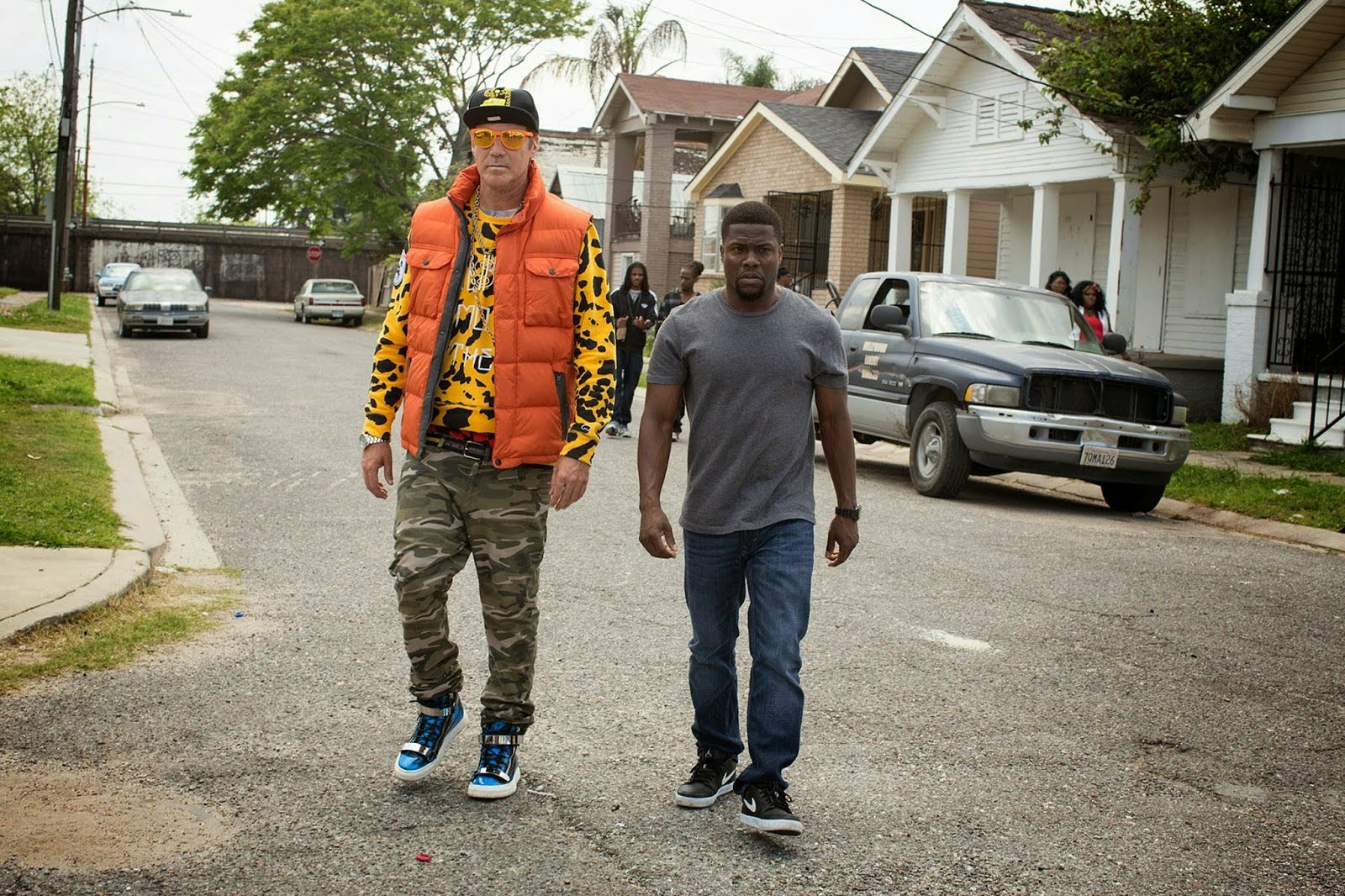 Theirs was a welcome camaraderie in that “Get Hard” develops into a kind of buddy movie. Or, says director Etan Cohen, “It’s about two people who make a lot of assumptions about each other and who would just go on their way and never have those assumptions challenged if not for the situation they get into. It’s a two-way street. James has never encountered anyone outside of the Ivy League or the world of high finance, so when he meets Darnell he sees a potential gang-banger. And Darnell takes James for a racist jerk who’s had everything handed to him — and to some extent that’s true, but, once he gets to know him, he realizes James is trying to be a good guy, in his own weird way. Conversely, James comes to understand that Darnell isn’t necessarily struggling because of a character failure but because of his circumstances.”

“The movie deals with stereotypes in a funny, clever way and we make fun of all of them,” says Hart. “It helps to draw attention to the stupidity. We’re saying, hey, in this day and decade, we should all be on the same playing field and treat each other accordingly.”