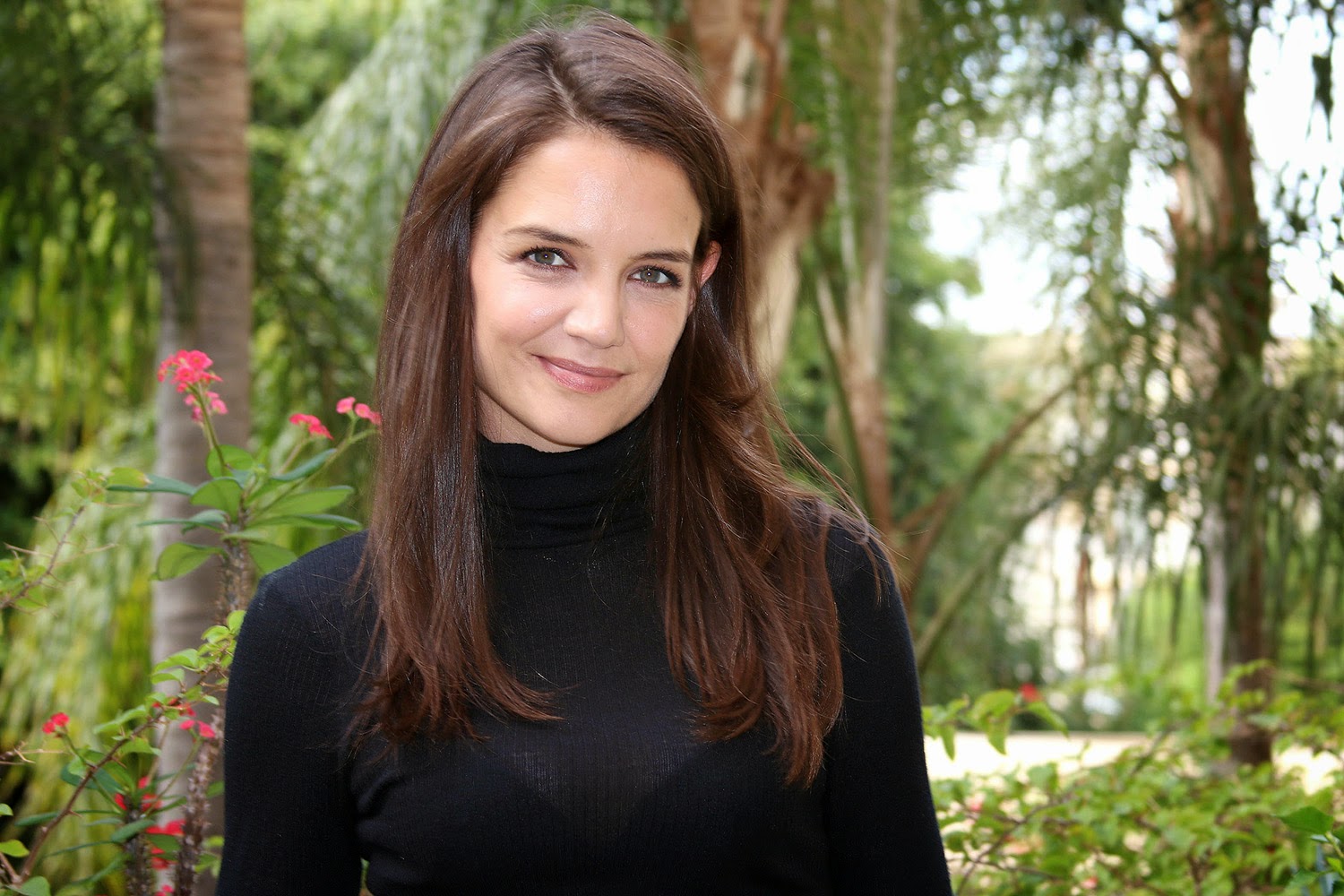 One would never assume a tap-dancing preschool teacher with perfect manners, perfect clothes and a perfect garden would moonlight as a vigilante, but then, Katie Holmes’ Miss Meadows is on a league of her own.

Myriad Pictures’ dark comedy “Miss Meadows” stars Holmes as a dainty teacher who takes it upon herself to right the wrongs of this world by whatever means necessary. But when Miss Meadows falls in love with the town sheriff (James Badge Dale), she needs to decide what’s more important: love or her little secret.

It took writer/director Karen Leigh Hopkins 14 years to get the film made, and having Holmes come on board was the tipping point. She’s found her perfect Miss Meadows, a woman whose exterior has little to do with her inner life.

“Katie does not suffer fools and is not a fool,” says Hopkins. “She’s delicious and warm. It’s what I would teach my kid: You show people who deserve it who you are. The rest can make their own judgments.”

Holmes “treats everyone with great manners and respect,” Hopkins adds. “I love that she keeps a mystery. It’s intriguing. What’s important is the work.”

Hopkins explained how the story came to be, and how it took 14 years to make. “I would say there were many versions of ‘almost’ happening, and then life takes many left and right turns,” Hopkins says. “I’m not too much of a believer in cliches – the one that especially goes around where ‘everything happens for a reason’ and ‘it all happens in good time.’ I buy it half the time, but in this case, getting Katie Holmes to play Miss Meadows, it was a phenomenal gift,” she adds.
As for why Holmes decided to sign on, the actress said she connected with and was excited to play a strong woman. 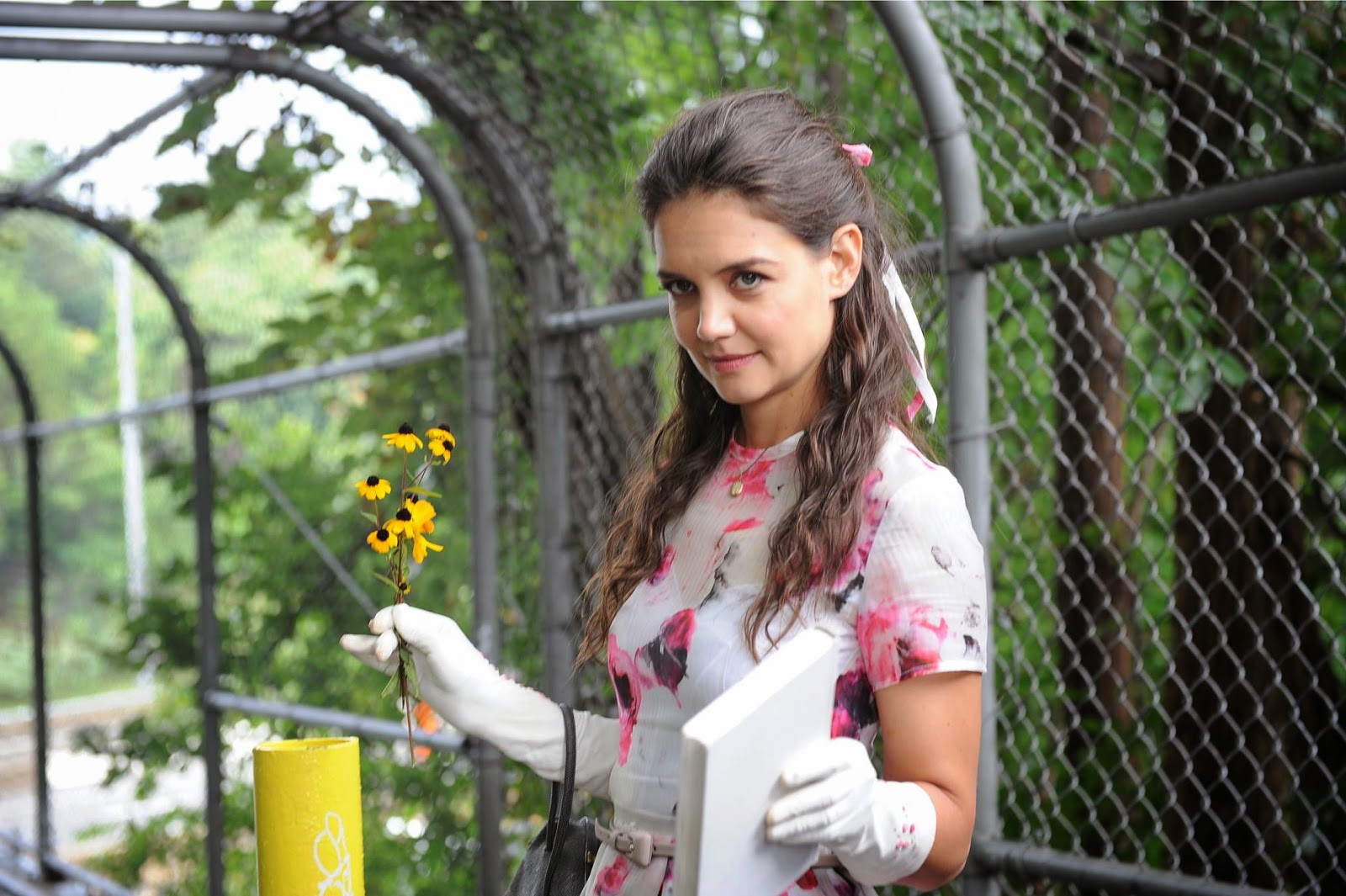 “I loved Karen’s writing and reading about a strong female character that was also so extreme in her actions that you really wanted to read more and it made me think I’d really want to watch more of this person. And I liked the juxtaposition of her manners and her actions,” Holmes says of playing Miss Meadows. “I liked her spirit, because she was delightful and believed in what she was doing and I liked the integrity of her mind … And I’m a fan of strong women and I’m a fan of seeing strong female characters on the screen, so I was so excited to be a part of it.”

The 35-year-old actress also was delighted by the fact that her character wears tap shoes and often dances around in public, when she’s not busy taking out the bad guys.

“I hope it promotes more dancing in the streets. I really hope ‘Miss Meadows’ has that effect,” Holmes said.

From the producers of the Academy Award-winning “Crazy Heart” comes the quirky, satirical comedy, “Miss Meadows” from writer-director Karen Leigh Hopkins (“Because I Said So,” “Stepmom”). The film will be shown exclusively at Ayala Malls Cinemas nationwide starting April 15.

One Great Love, One Great Movie