Marvel Studios has just revealed the character descriptions of the Avengers as they assemble anew for the eagerly anticipated “Avengers: Age of Ultron.” Get on the same page with them and find out their motivations and challenges. 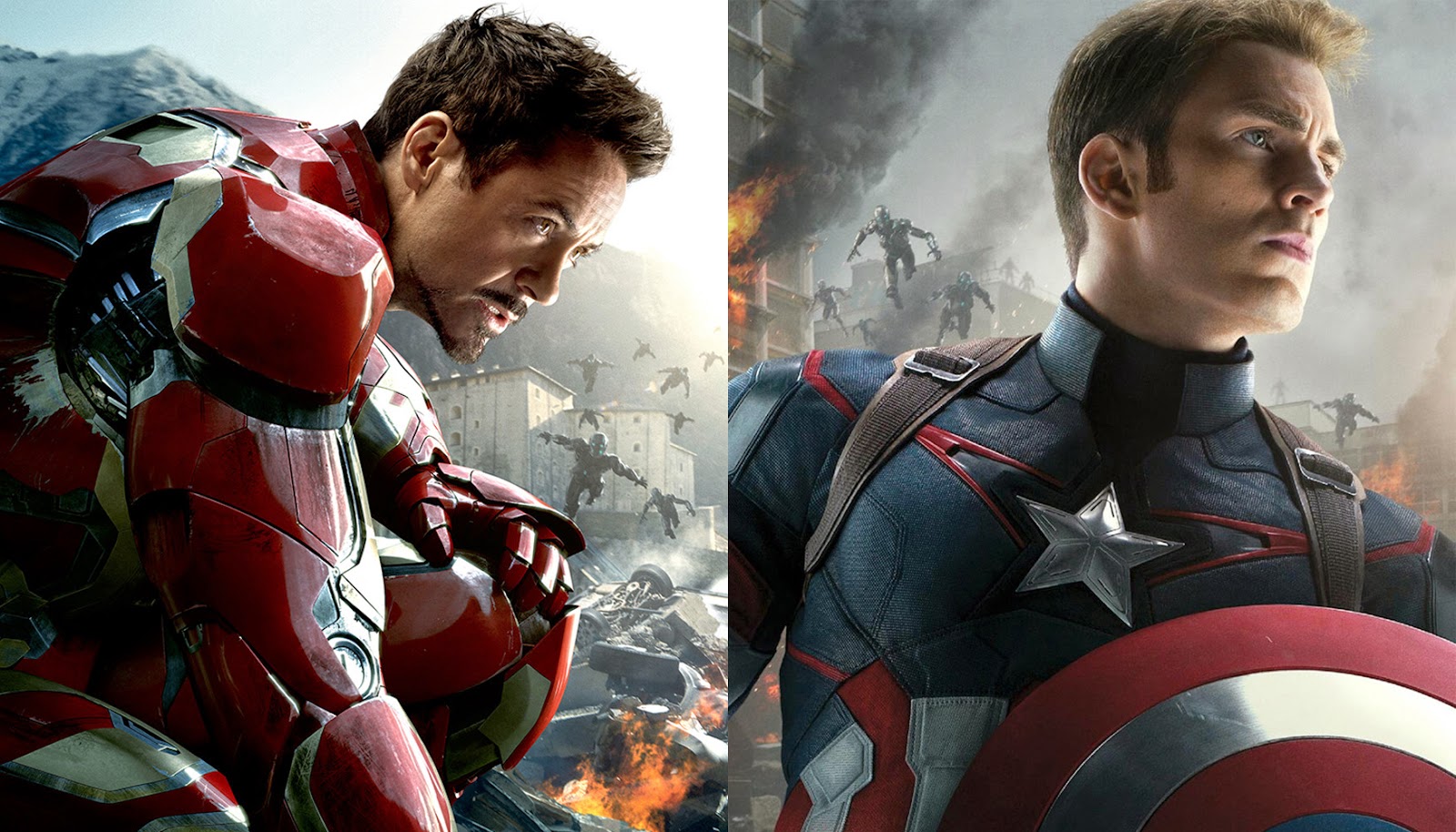 Tony Stark/Iron Man (Robert Downey Jr.). Brash but brilliant billionaire Tony Stark returns, still struggling with the emotional fallout from the Battle of New York that took place in “The Avengers.” Tony is now bankrolling his Super Hero dream-team in an ongoing effort to protect the world from the evil forces that he knows are out there. Stark carries the weight of the world on his shoulders, which leads him to team up with Bruce Banner to create Ultron as the ultimate peacekeeping program.

Steve Rogers/Captain America (Chris Evans) has fully embraced the mantle of team leader, but with the unraveling of S.H.I.E.L.D. in “Captain America: The Winter Soldier,” he continues to reconcile with what he has lost in a world he does not totally recognize. Outmatched and on the run, he must find a way to rally The Avengers and find a way to defeat the terrifying Ultron. 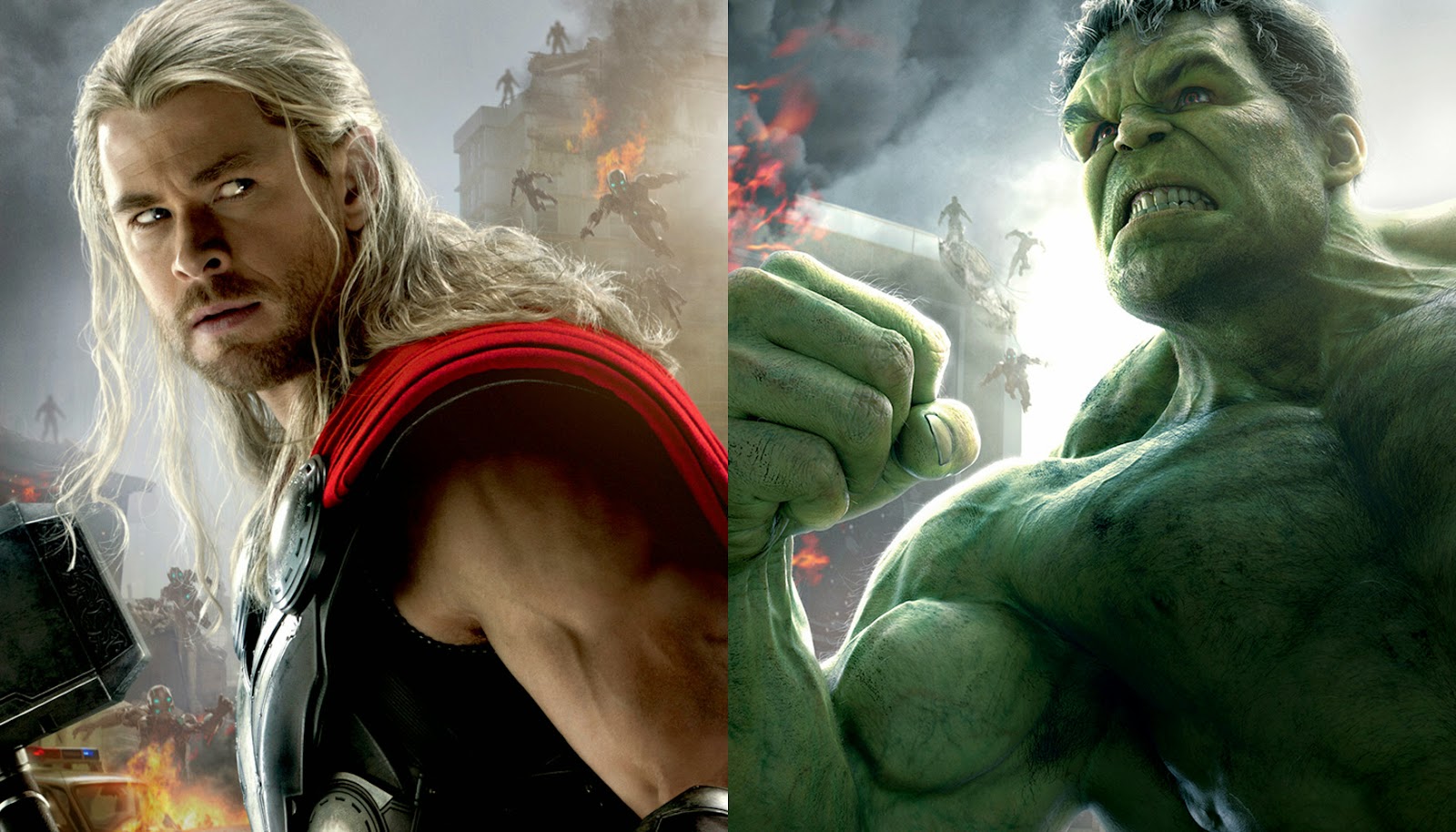 Thor (Chris Hemsworth). The Asgardian God of Thunder returns as Earth’s sworn protector. More brash and powerful than ever, Thor serves as the moral compass for the team and continues his personal quest to find the identity of his brother’s secret ally while also warning his teammates of threats that are bigger than any of them can imagine.

Bruce Banner/The Hulk (Mark Ruffalo) is back and ready to be unleashed as The Avengers’ not-so-secret weapon. He has embraced the Hulk and is now an important part of the team, although surprising protocols have been put in place to make sure Hulk doesn’t ever get out of hand in a conflict. Banner worked alongside Tony Stark to develop the Ultron program as a peacekeeping initiative. 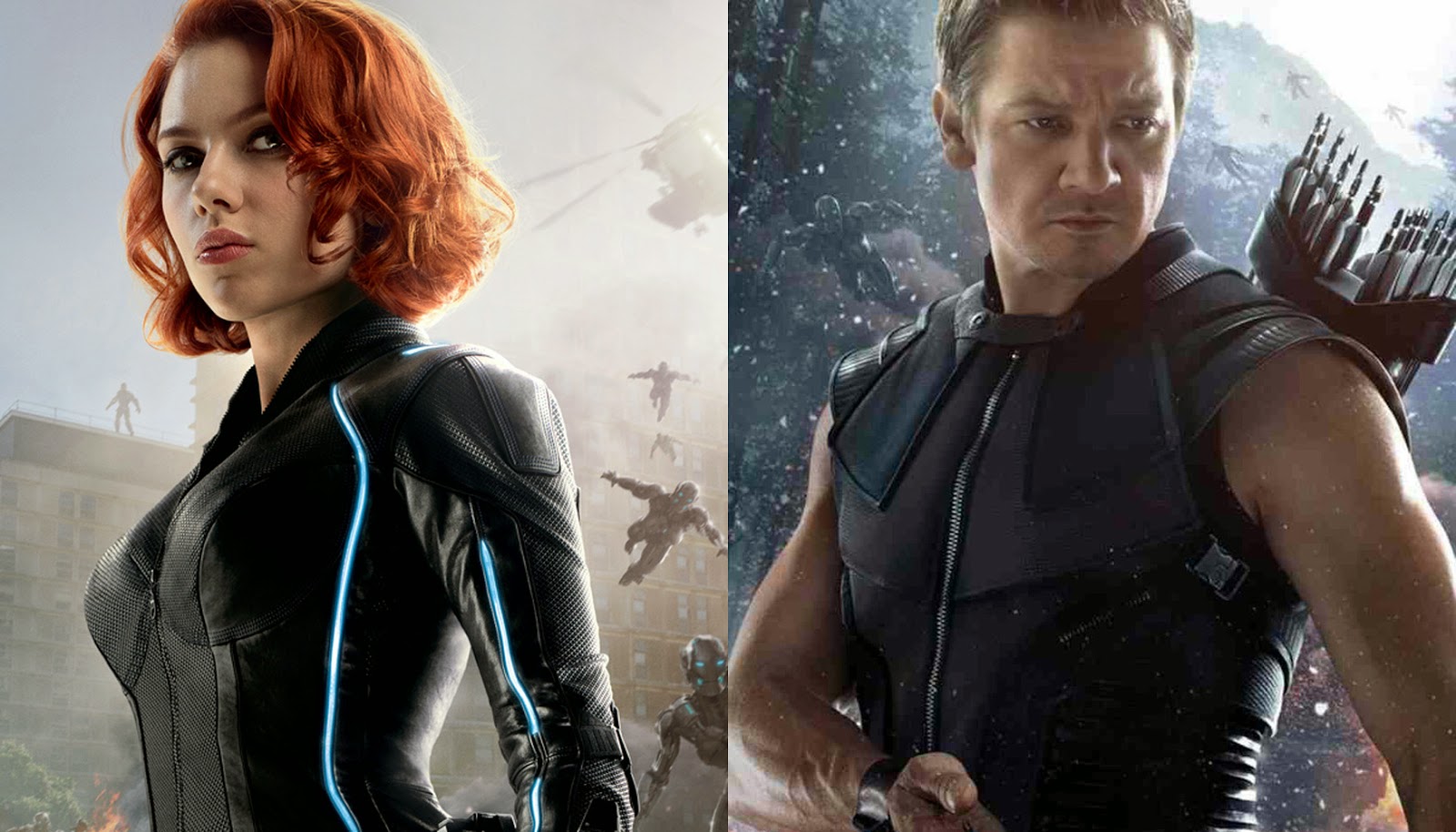 Natasha Romanoff/Black Widow (Scarlett Johansson) returns to the fray as the deadly and beautiful super-spy turned hero. Her intelligence, resources and lethal fighting ability far outweigh her lack of “super” powers. With the threat of Ultron looming, Natasha will need to confront the demons of her shadowy past and draw strength from her teammates to defeat him.

Clint Barton/Hawkeye (Jeremy Renner). A skilled and accurate archer, Hawkeye is one of the team’s most lethal operatives. After having his mind controlled by Loki in “The Avengers,” Hawkeye returns to the team in fully functional mode, complete with more advanced weaponry.
Pietro Maximoff/Quicksilver (Aaron Taylor-Johnson) has the power of super-speed. He is fiercely protective of his twin sister Wanda and will do anything to defend his war-torn home of Sokovia. Along with his sister, he volunteered for a secret program and gained his speed through Baron Strucker’s experimentation with an unusual power source. 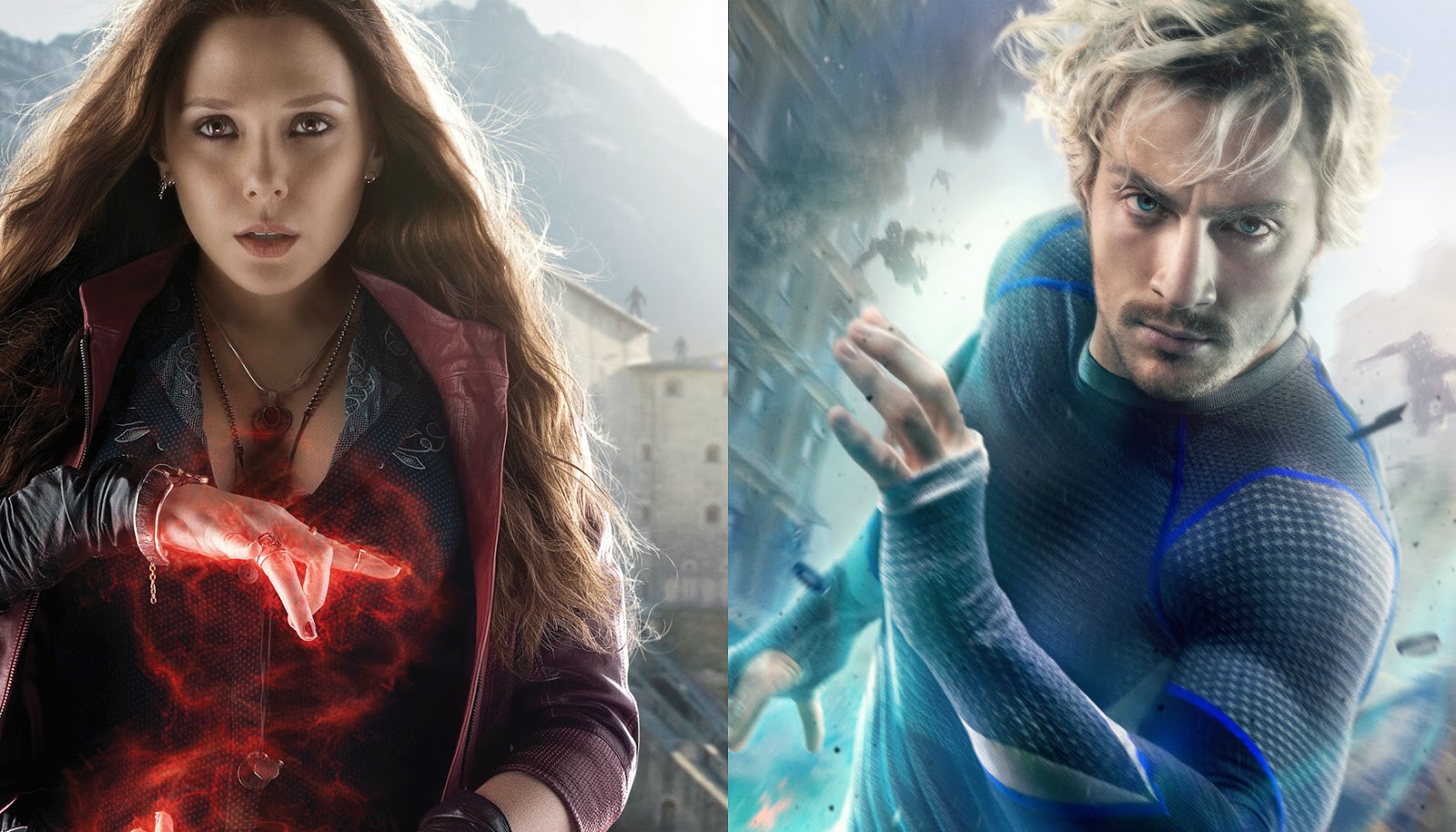 Wanda Maximoff/Scarlet Witch (Elizabeth Olsen) is the beautiful and mysterious twin sister of Pietro. Possessing the powers of mental manipulation and telekinesis, Wanda as Scarlet Witch is able to attack her enemies from the inside out. Along with her brother, she is the product of Baron Strucker’s experiment. 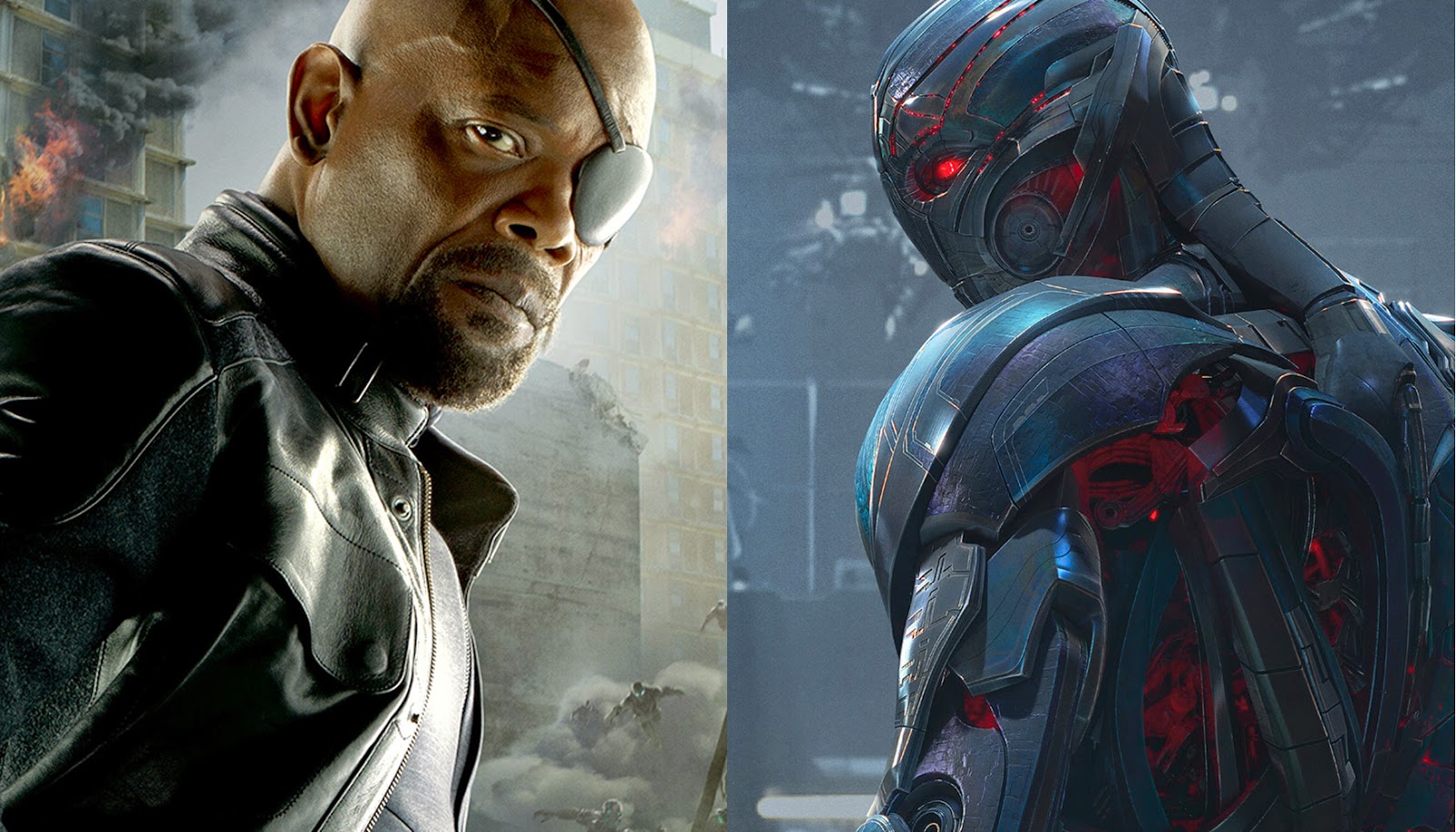 Ultron (James Spader) is a technological super villain the likes of which have never been seen. Unhinged and terrifying, Ultron is born out of a corrupted pilot program that Tony Stark and Bruce Banner created to help usher in peace on Earth. When their programming went haywire, Ultron came to life with the goal to save the planet by eliminating the biggest threat to it—humanity. He will stop at nothing to see this goal realized and promises to kill The Avengers for daring to try to stop him.
Nick Fury (Samuel L. Jackson), the man that first brought The Avengers together, is now disavowed and living in hiding after the events of “Captain America: The Winter Soldier.” Nevertheless, Fury continues to be an important mentor and leader for our team of heroes.

The Vision (Paul Bettany) is a powerful and mysterious android that is raw, dangerous and uncontrollable.

Ulysses Klaue (Andy Serkis) is a black-market arms dealer, smuggler and gangster operating out of South Africa. He is a former acquaintance of Tony Stark’s from his weapons-dealing days and a powerful new player in the Marvel Cinematic Universe.

Baron Strucker (Thomas Kretschmann) is a brilliant HYDRA scientist who worked under the cover of S.H.I.E.L.D. for far too long. Human experimentation, advanced robotics and artificial intelligence are just a few of the things Strucker is working on when Wanda and Pietro Maximoff volunteer for his program.

Dr. Helen Cho (Claudia Kim) is a world-renowned geneticist and an ally of The Avengers. From her offices in Seoul, South Korea, to sharing workspace with Bruce Banner in his lab at Avengers Tower, Dr. Cho’s research and technology help keep The Avengers in the fight.