Helena Bonham Carter, whose film roles have ranged from sweet, demure characters in period dramas like Lucy in “A Room With a View” to dark, quirky characters like Bellatrix Lestrange in the “Harry Potter” films, the Red Queen in “Alice in Wonderland” and Mrs. Lovett in “Sweeney Todd,” has traditionally been drawn to characters who give her the creative freedom to analyze and find out what makes them tick.

“This was a fantastic opportunity to get to reinvent the wheel, because there really isn’t a consistent image of who the Fairy Godmother is,” Bonham Carter says. “It was great fun to think about things like how she got to where she is. I’m supposed to be a designer in a way because I’m creating things to help prepare Cinderella for the ball, so I make her dress, I design her shoes, I design the footmen and I get the transport ready.”

She continues, “As for why she chose a pumpkin for the carriage, I started thinking that maybe the pumpkin was an accident and she had actually intended for the carriage to come from something else, like a watermelon. The possibilities are endless, and as an actor I love thinking up back-stories for my characters.” 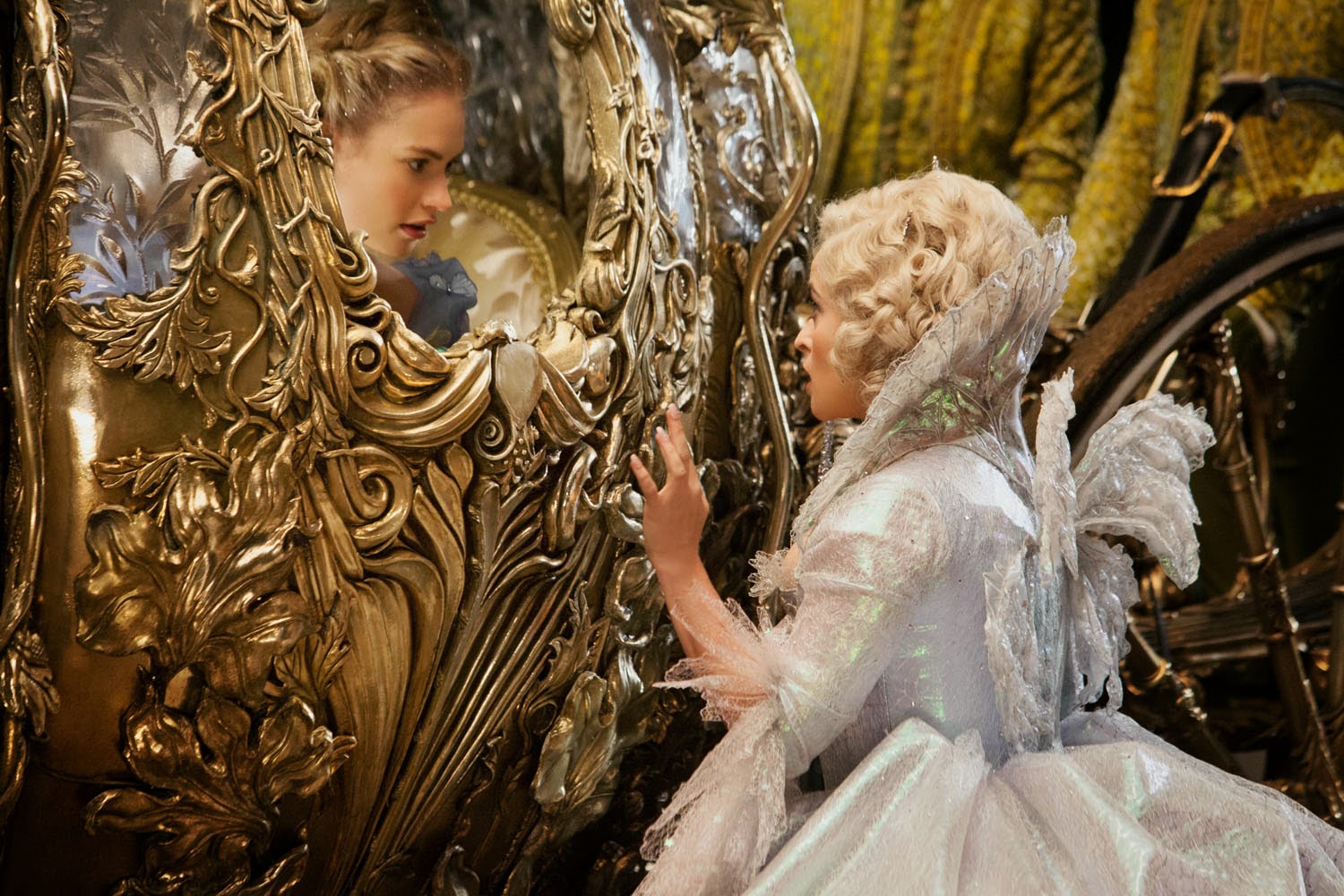 Screenwriter Chris Weitz welcomed the chance to expand the scope of her part in the script, which meant the addition of a new character, a beggar woman (also played by Bonham Carter), who first approaches Ella and is treated with kindness before transforming into the Fairy Godmother. He tried to come up with lines and moments that would fit into her particular cadence, and says, “Helena wanted to pursue a version of the character that was very much in sync with the Fairy Godmother that people remember from the animated film, but also had a particular spin from the way she performs comedy.”

“I thought it would be interesting if she wasn’t always the best at everything, that perhaps she was highly-stressed because of the time restraints placed upon her so she would occasionally make mistakes,” says Bonham Carter. “They are late for the ball and she’s incredibly old and not quite with it mentally, and that just makes her all the more likable.”

Adds director Kenneth Branagh, “I read something interesting about the original Fairy Godmother in which the phrase ‘benign befuddlement’ was used. There is a befuddled quality about the Fairy Godmother in the original film, and what Helena brings is an extension, or an elaboration, of that.”
He concludes, “She’s very passionate, very witty, but not always in complete control of her magic. She’s utterly devoted to Cinderella. Clearly, there’s a maternal feeling for her. She is indeed her godmother or albeit, Fairy Godmother, so you feel that sort of familial care and concern.”