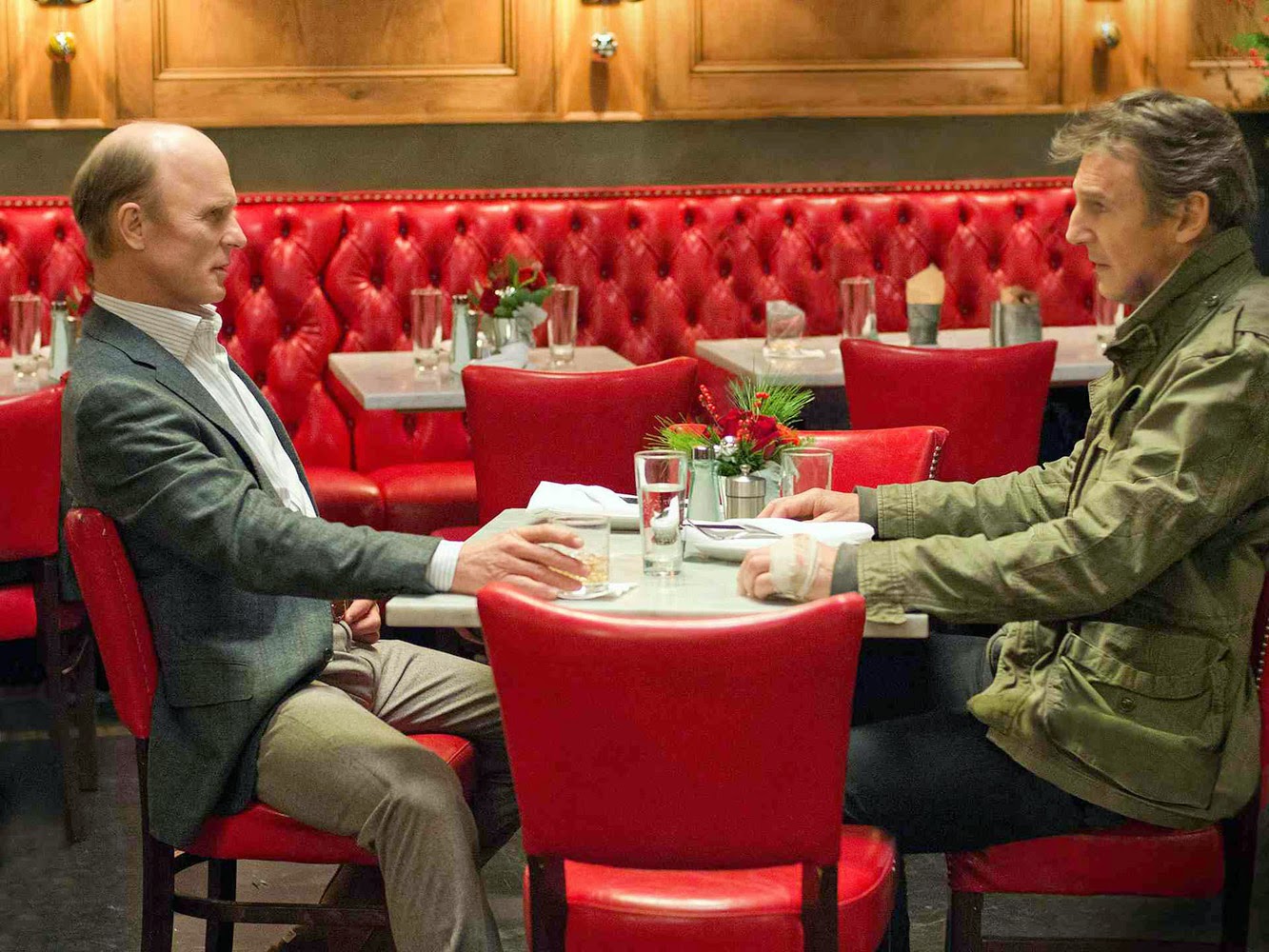 Academy Award-nominee Ed Harris stars opposite Liam Neeson in Warner Bros. Pictures’ “Run All Night” as mob boss Shawn Maguire, who is coming after his own hitman with everything he’s got.

“I thought Ed was perfect for the role,” notes director Jaume Collet-Serra. “He’s a wonderful actor and can exude intimidation. He and Liam each command a powerful presence, and together they really ratchet up both the drama and the action. The combination of the two gives the film a real punch.”
In “Run All Night,” Brooklyn mobster and prolific hit man Jimmy Conlon (Neeson), once known as The Gravedigger, has seen better days. Lately, it seems Jimmy’s only solace can be found at the bottom of a whiskey glass.

But when Jimmy’s estranged son, Mike (Joel Kinnaman), becomes a target, Jimmy must make a choice between the crime family he chose and the real family he abandoned long ago. With Mike on the run, Jimmy’s only penance for his past mistakes may be to keep his son from the same fate Jimmy is certain he’ll face himself…at the wrong end of a gun. Now, with nowhere safe to turn, Jimmy just has one night to figure out exactly where his loyalties lie and to see if he can finally make things right.

Harris was intrigued with the tale of retribution, regrets and redemption, and eager to work with Collet-Serra and Neeson. “I was glad they asked me to join them, I thought it would be fun. There’s an edge, but also an intimacy to the crazy night they get caught up in. Jaume knows how to weave the action and emotion together and I’ve always had a lot of admiration for Liam, so it was a great scenario all around.” 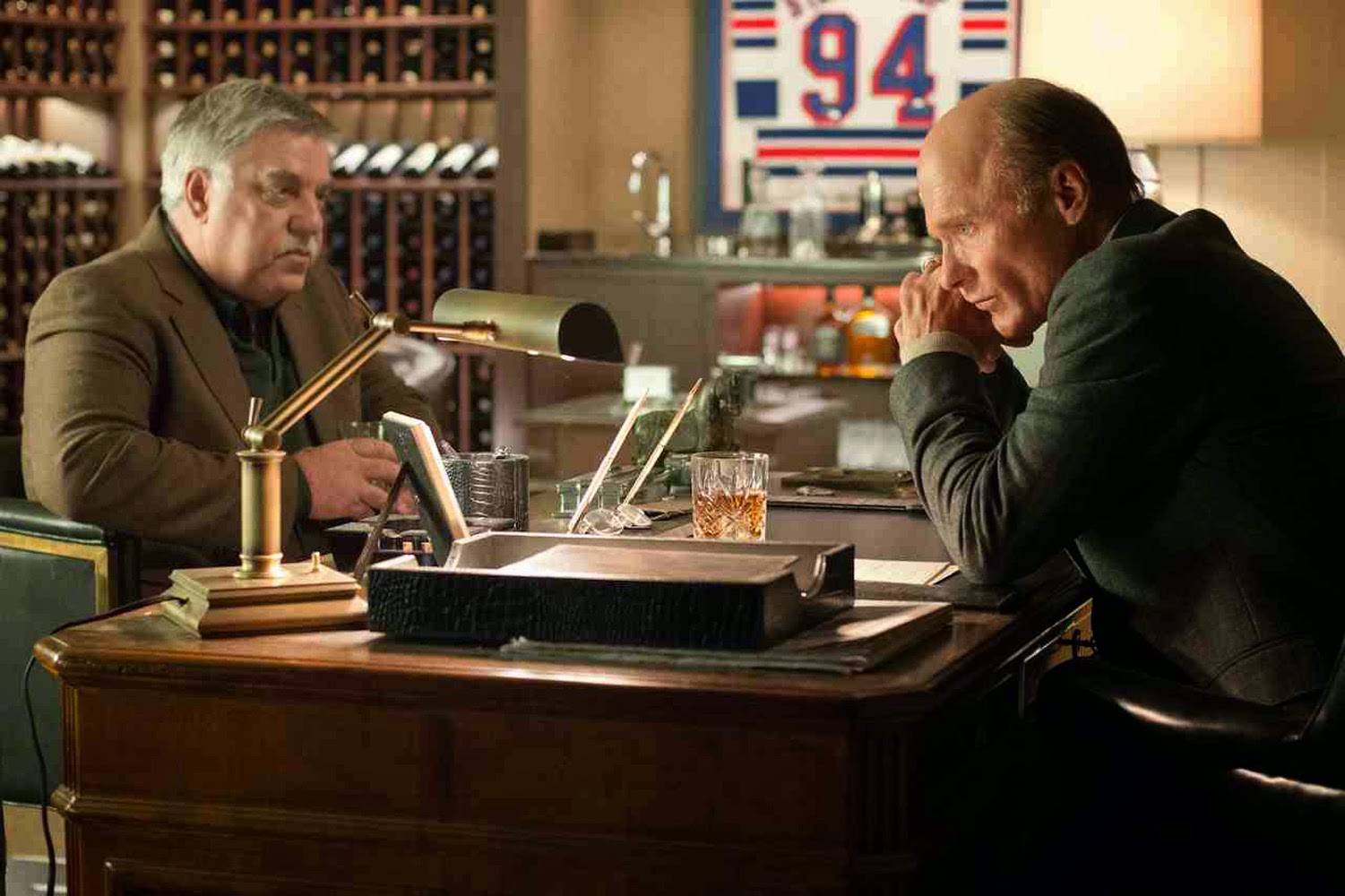 Harris’ character, Shawn Maguire, is a survivor, running what’s left of the Irish mob on the West side, the Westies.

Harris observes, “In the ‘70s, the Westies who ran Hell’s Kitchen were really brutal, and vicious, and druggies; most of those guys are either dead or behind bars. Like Jimmy, Shawn has stayed out of jail and out of a coffin. He’s tough.”

But the two have more in common than their survival skills. They’re also friends, tied inexorably together through their past—from the girls they dated, to the men they killed.

Collet-Serra notes, “It was very important to establish the friendship between Jimmy and his boss and really feel their deep bond so when their relationship and loyalty is tested, it’s more profound. Ed did a fantastic job conveying both best friend and worst enemy in their bittersweet journey.”

Neeson was thrilled to work with Harris and says of his co-star, “If you get the chance to work with Ed Harris, you do it. No questions. Ed is a legendary actor. It was extraordinary doing these intense scenes with him.”

“Jimmy and Sean have such a rich history; they are so closely tied together, and because of that, so are their sons’ destinies. It was interesting to explore that with Liam,” says Harris. “Jimmy is Shawn’s guy from the early days, his best pal, really. Now he’s in bad shape and Shawn’s trying to help him out. It creates so many layers. These guys really care about each other even though they end up on opposite sides of the fence.”

It was the first time the two had the opportunity to work together. Although Harris was doing eight shows a week on Broadway at the same time, filmmakers rearranged the schedule to accommodate him. “It speaks to how much we wanted Ed, and how much he wanted to do the film,” says Collet-Serra. “I admire his stamina.”
Producer Michael Tadross recalls, “We’d race him to the curtain with a police escort, whatever we had to do to get him there. He was working day and night through the whole shoot. Ed is such a pro. He’s amazing.”

“It was worth it. I feel really good about the work,” states Harris.

Love Story “Me Before You” Charms with First Trailer