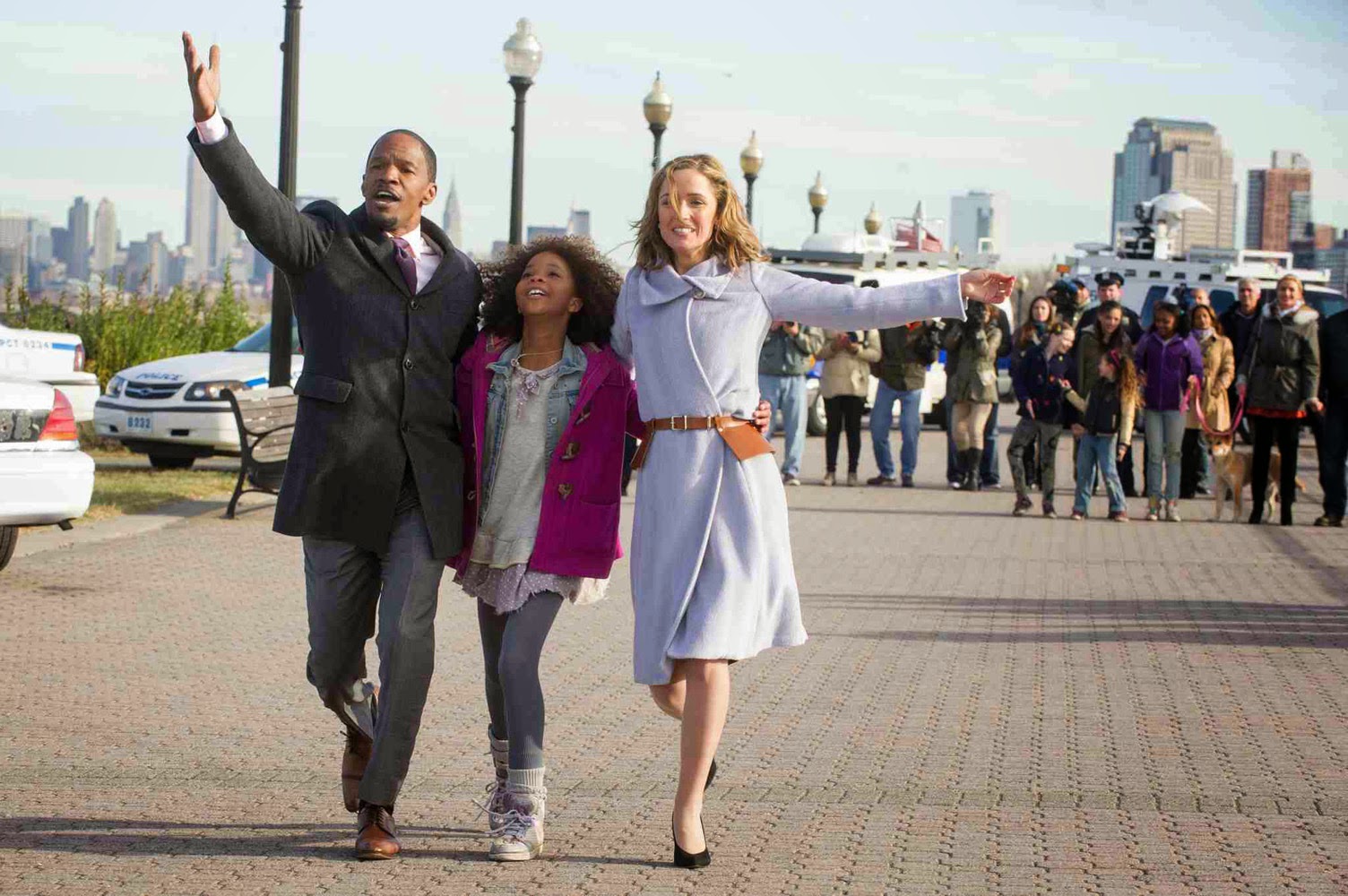 Byrne plays Grace, the trusted associate of business tycoon Will Staks, played by Jamie Foxx. Grace is the power executive who keeps Stacks Mobile up and running and never dropping a call – but she’s still got a soft spot for the foster kid, Annie, who suddenly enters her boss’s life.

The “Bridesmaids” and “Neighbors” star grew up loving Annie. “Annie is a fairy tale in so many ways,” says the Australian actress. “I used to play it at primary school, in the playground – I always wanted to be Annie because I had curly hair. I have vivid memories of these characters – Miss Hannigan and Grace, the role I play, are firmly embedded in my mind as a child.”

Though the filmmakers have given Grace a promotion – once “Daddy” Warbucks’ assistant, she’s now Will Stacks’ most trusted VP – her soft spot for Annie remains intact. Like the other characters in the film, she is searching for something that she didn’t know was missing – and that something is a family. “Grace is highly intelligent and devoted to Will and to the company,” Byrne says, “but she’s also a little bit lonely. She becomes a sort of a fairy godmother to Annie – meeting Annie I think really opens her up and inspires and delights her, and brings out a whole other side to her.” 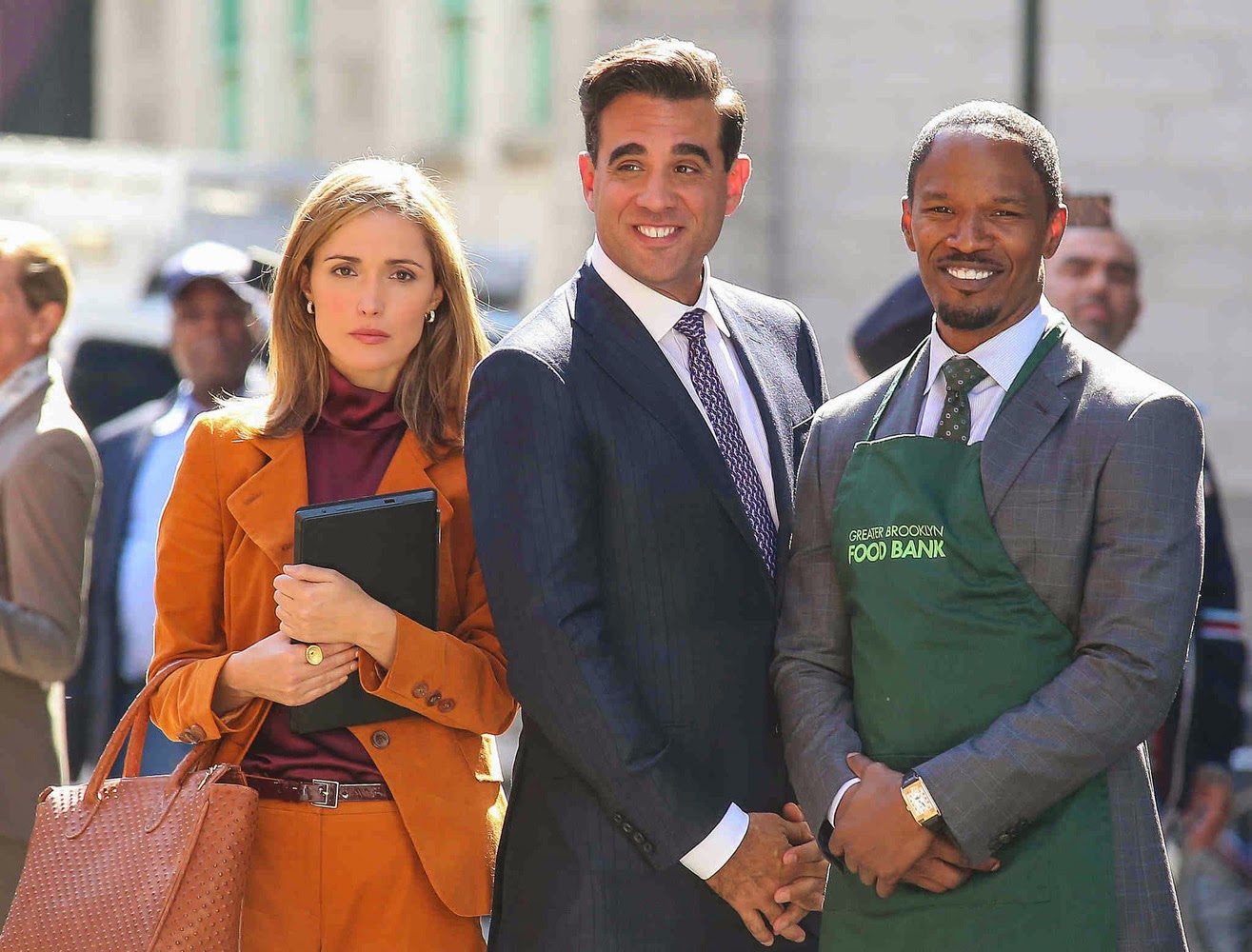 “For both Will and Grace, Annie brings a fun dynamic into their relationship,” Byrne continues. “She brings possibility, life, energy, vitality. I think they were a little bit asleep before they met Annie.”
A Broadway classic that has delighted audiences for generations comes to the big screen with a new, contemporary vision in Columbia Pictures’ comedy “Annie.” Director/Producer/Screenwriter Will Gluck teams with producers James Lassiter, Jada Pinkett Smith & Will Smith, Caleeb Pinkett, and Shawn “JAY Z” Carter, Laurence “Jay” Brown, and Tyran “Ty Ty” Smith with a modern telling that captures the magic of the classic characters and original show that won seven Tony Awards.
In the film, child wonder Quvenzhané Wallis (“Beasts of the Southern Wild”) plays Annie, a young, happy foster kid who’s also tough enough to make her way on the streets of New York in 2014.

Originally left by her parents as a baby with the promise that they’d be back for her someday, it’s been a hard knock life ever since with her mean foster mom Miss Hannigan (Cameron Diaz). But everything’s about to change when the hard-nosed tycoon and New York mayoral candidate Will Stacks – advised by his brilliant VP, Grace (Rose Byrne) and his shrewd and scheming campaign advisor, Guy (Bobby Cannavale) – makes a thinly-veiled campaign move and takes her in. Stacks believes he’s her guardian angel, but Annie’s self-assured nature and bright, sun-will-come-out-tomorrow outlook on life just might mean it’s the other way around.