Moore portrays Mother Malkin, the mighty witch whose heart is blackened by betrayal and heartbreak. Landing the acclaimed actress to play the dark sorceress was a real coup. “It’s hard to cast a wicked witch because if the actress isn’t good it could feel very campy and over the top,” producer Basil Iwanyk says.

“So we needed a great actress and someone who is a relative contemporary of Jeff Bridges (who plays Master Gregory) because they have a backstory,” Iwanyk continues. “We didn’t want a 25-year-old ingénue to play Mother Malkin; we wanted someone that had life experience and wisdom—and we needed someone who could be scary when she wanted to be. Julianne is one of the greatest actresses working today, and we knew that she would be an amazing villain. She is a wonderful combination of terrifying when she wants to be, incredibly charming when she needs to be, beautiful and sexy, and a great foil for Jeff. They have an incredible chemistry.”

For Moore, accepting the role of Mother Malkin, who still harbors feelings for her former lover, Master Gregory, meant the opportunity to play a unique character, as well as to reunite with an old friend. She and Bridges had not worked together since 1998’s `The Big Lebowski,’ but she was up for the challenge. “I had never played a wicked witch before,” laughs Moore. “I thought it would be fun. Jeff’s wonderful to hang around with, and as an actor and human being, he’s endlessly creative, thoughtful and curious in the world around him. To be able to work with somebody as skilled, as present and as talented as he is, is a real pleasure.” 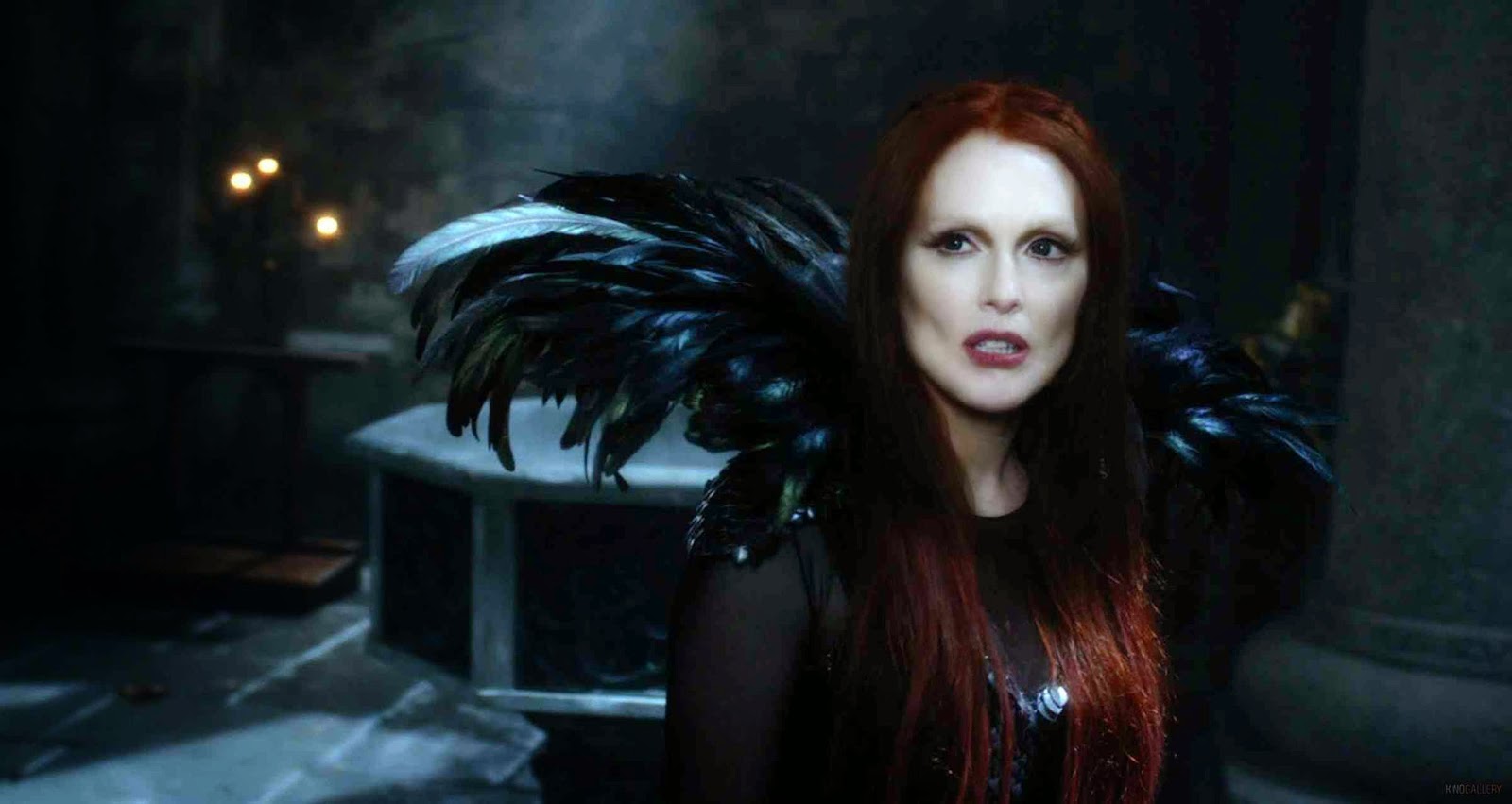 Moore gives us a bit of background on Malkin: “I’m the head witch and Gregory’s nemesis, someone with whom he has a history. I’m terribly wicked but only because we witches have been persecuted for centuries by humans, hunted down and tortured.” Forced into the dark arts in self-defense, Malkin began practicing blood magic, a form of witchcraft that involves draining the blood of victims to absorb their energy. “She’s not called Mother Malkin because I’m anybody’s mother,” adds Moore. “It’s because she used to lure pregnant young women with no place to go with the promise she would take care of them and their babies, and then I drank the babies’ blood. It made me more powerful.”

Though not condoning Malkin’s ultimate choices, Iwanyk concedes that the witches were not to blame for the animosity that developed between them and humans. That informed the screen story and screenplay, and made for a fascinating antagonist in Malkin. The producer shares: “Historically, there was a lot of mistrust of witches and thousands of people were killed or tortured because they were suspected of witchcraft. But witches initially weren’t evil. It’s just that mankind usually destroys anything or anyone they don’t understand. Now the witches are fighting back. Their leader and strongest witch, Mother Malkin, has escaped prison, there’s only one Falcon Knight left, Gregory, and soon there will be a blood-red moon, the most powerful time for witchcraft. Malkin realizes this is the perfect opportunity to reclaim their world. Witches have never been stronger.”

Discussing the film’s director, Moore says that creating the world of “Seventh Son” would not have been possible without Sergei Bodrov’s deft directorial touch: “Even though this is a fantastical world, Sergei wanted genuine emotional moments in it. There are real relationships among these characters, and that’s what he was interested in exploring within this big action-adventure story. He was just so articulate and interested in the process. He’s incredibly sensitive and artistic.”