ReZirb
Home Entertainment Jamie Foxx Says Role in “Annie” Captures What’s Like To Be a... 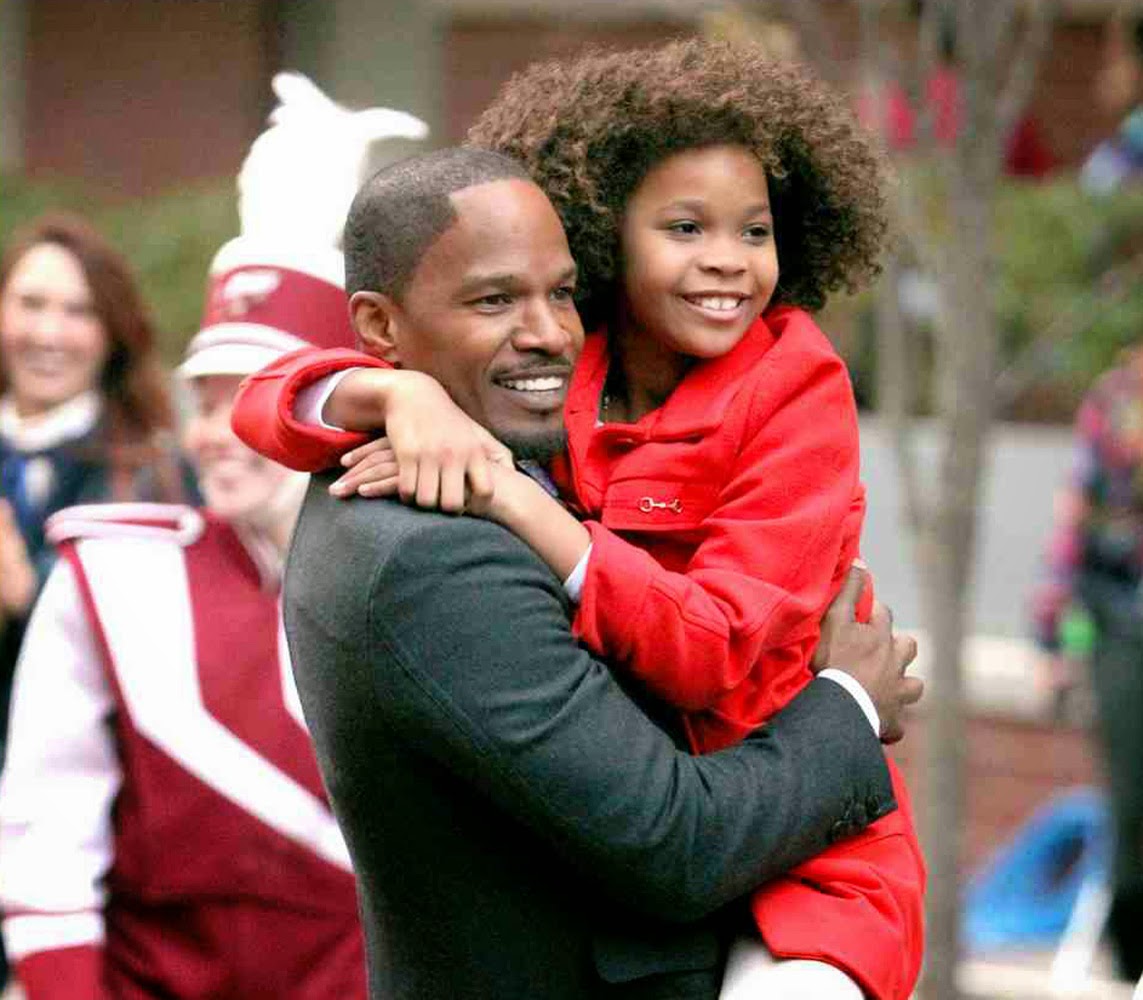 Business tycoon Will Stacks never thought he needed anybody – and if you ask him why, he’ll point to his 4.7 billion reasons in the bank. But everybody needs somebody, and when Stacks takes in the adorable foster kid Annie, he’ll find out exactly what that means. 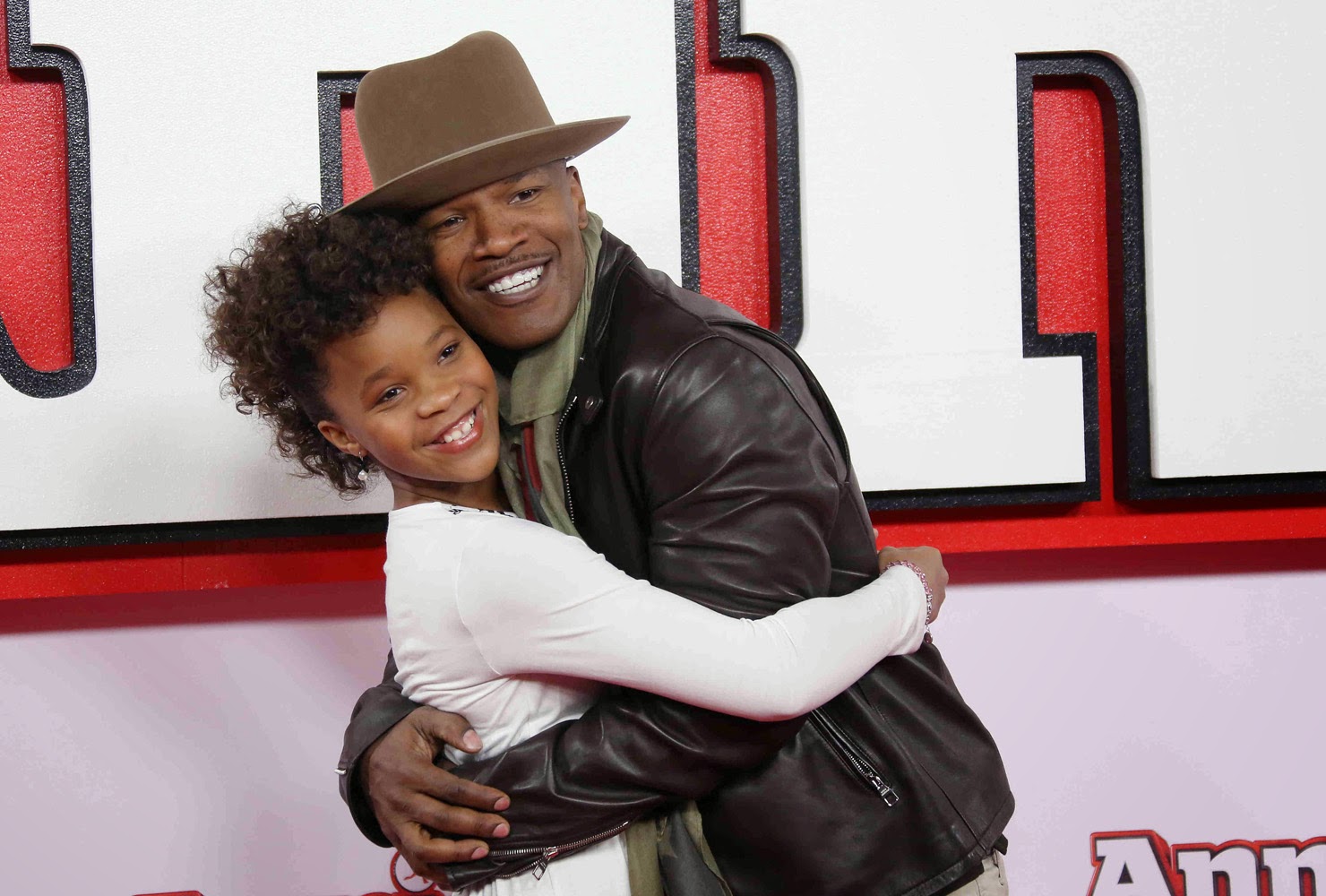 In the film, child wonder Quvenzhané Wallis (“Beasts of the Southern Wild”) plays Annie, a young, happy foster kid who’s also tough enough to make her way on the streets of New York in 2014. Originally left by her parents as a baby with the promise that they’d be back for her someday, it’s been a hard knock life ever since with her mean foster mom Miss Hannigan (Cameron Diaz). But everything’s about to change when the hard-nosed tycoon and New York mayoral candidate Will Stacks – advised by his brilliant VP, Grace (Rose Byrne) and his shrewd and scheming campaign advisor, Guy (Bobby Cannavale) – makes a thinly-veiled campaign move and takes her in. Stacks believes he’s her guardian angel, but Annie’s self-assured nature and bright, sun-will-come-out-tomorrow outlook on life just might mean it’s the other way around.

“It’s a beautiful story,” says Jamie Foxx. “Annie comes into in his life when he’s just trying to use her as another rung up the ladder of success, but he finds out there’s something inside her that he can’t deny. Her love opens him up – that’s a great emotion to be able to play on film.” 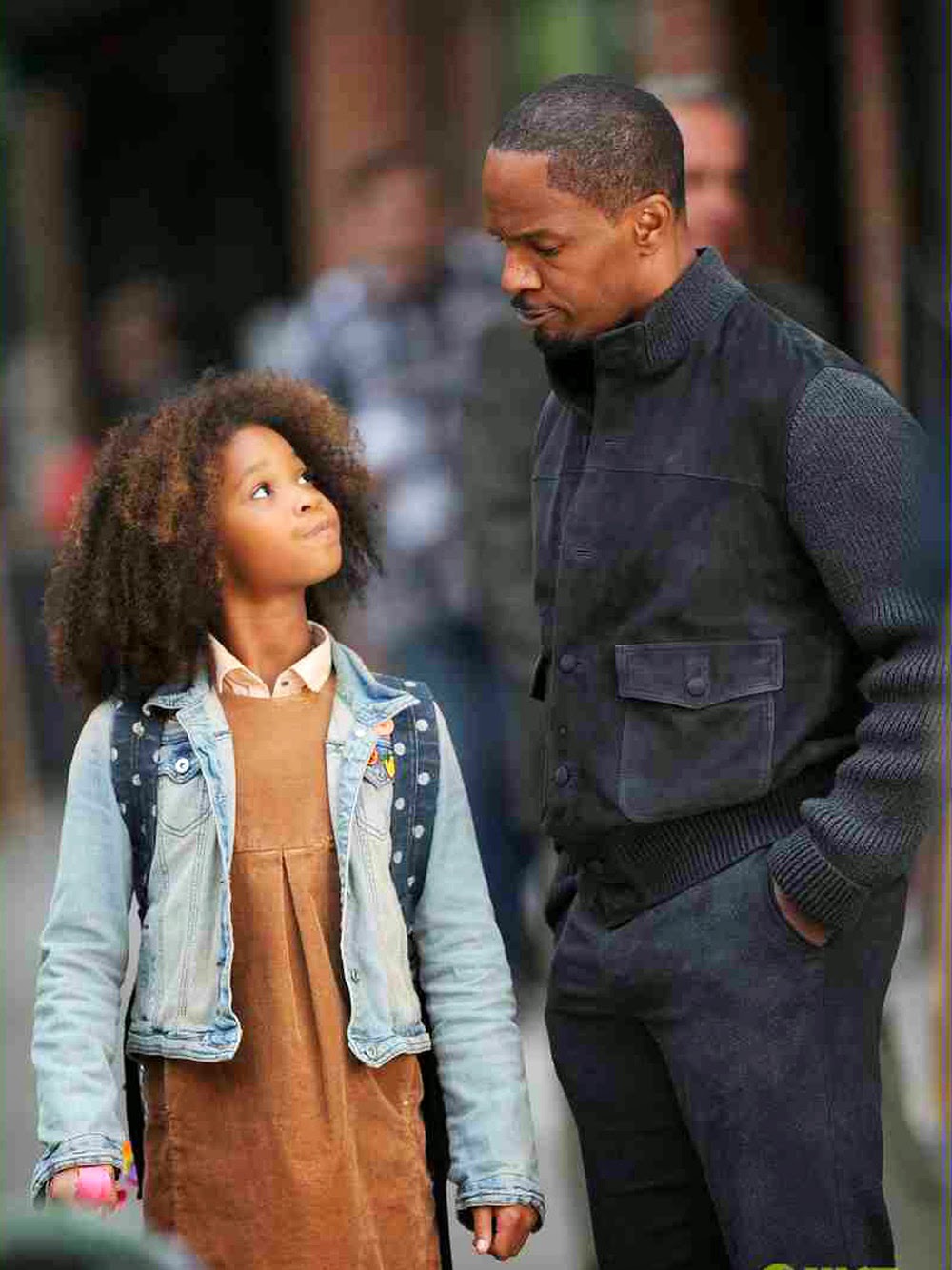 Foxx says that by updating his character, he becomes more relatable to contemporary audiences. “Stacks has spent all of his time building his phone company – his business doesn’t allow him to be a regular person,” says Foxx. “He forgets about a personal life. And then, running for mayor, it’s even more extreme. Playing it that way gives us something we can identify with, in today’s terms.”
Foxx was excited to be a part of a film that he can share with his family. “This film really captures what it’s like to have a parent’s love for a child,” he says. “The emotion of the movie is real and honest. My six-year-old daughter was on the set and had a ball. I can’t wait for her to see it.”

A Broadway classic that has delighted audiences for generations comes to the big screen with a new, contemporary vision in Columbia Pictures’ comedy “Annie.” Director/Producer/Screenwriter Will Gluck teams with producers James Lassiter, Jada Pinkett Smith & Will Smith, Caleeb Pinkett, and Shawn “JAY Z” Carter, Laurence “Jay” Brown, and Tyran “Ty Ty” Smith with a modern telling that captures the magic of the classic characters and original show that won seven Tony Awards.