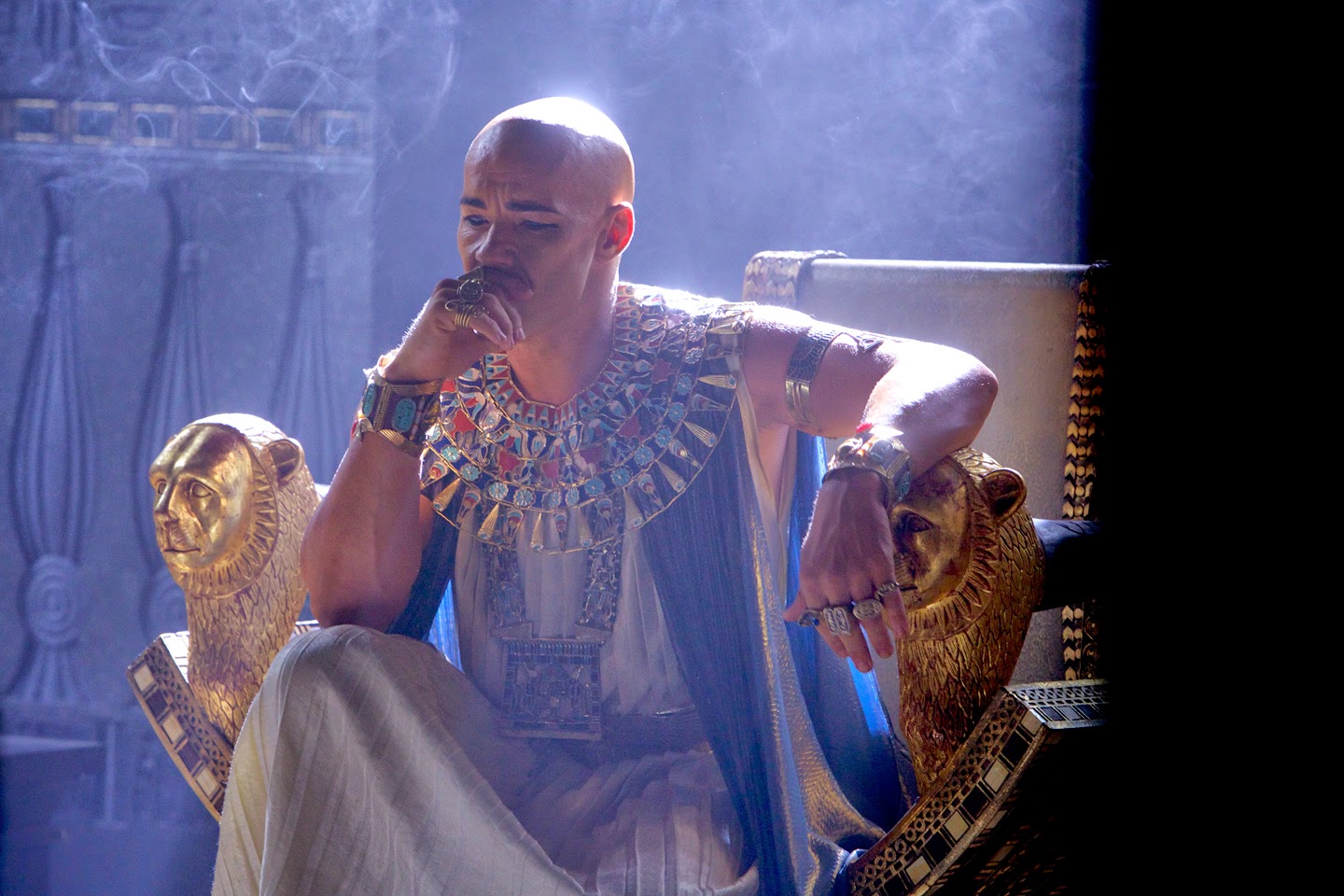 From acclaimed director Ridley Scott (Gladiator, Prometheus) comes the epic adventure EXODUS: GODS AND KINGS, the story of one man’s daring courage to take on the might of an empire. Using state of the art visual effects and 3D immersion, Scott brings new life to the story of the defiant leader Moses (Christian Bale) as he rises up against the Egyptian Pharaoh Ramses (Joel Edgerton), setting 400,000 slaves on a monumental journey of escape from Egypt and its terrifying cycle of deadly plagues.

Filmed in 3D, Scott’s film tells the story of Moses, abandoned by a desperate mother as a baby after the Egyptian rulers orders the murder of all boys born to slaves. He is found in the bulrushes by the Pharaoh’s daughter and raised in the royal household, where he grows up alongside Ramses, the future monarch.

As a man, Moses has a vision and turns his back on his privileged life and leads his people, the Israelites, from enslavement. Scott’s film will feature ground-breaking special effects, including the plagues – visited upon Egypt and the parting of the Red Sea.

According to the Book of Exodus in the Bible, God inflicted ten plagues on Egypt as punishment for not releasing the children of Israel from slavery – these included frogs, flies, boils, hail stones and locusts, all of which feature in Scott’s movie. It made for some very interesting days filming, says Edgerton.

The central relationship of “Exodus: Gods and Kings” is between Moses and Ramses, who grew up as brothers. Ramses becomes Pharaoh and Moses his most trusted advisor and second in command. But when Ramses learns that Moses is actually a Hebrew, he expels his “brother” into the desert and to an almost certain death. “Ramses personifies how absolute power corrupts absolutely,” says Joel Edgerton who takes on the role. “Ramses starts to believe he actually is a god, which creates a wonderful dynamic between Moses and him.”

Ramses is the story’s principal antagonist, but Scott and Edgerton wanted to give the character nuances and complexities that transcend stock villainy. “Ramses has a strong , brotherly connection to Moses, so he’s very conflicted when Moses is revealed to be a Hebrew. He also loves his wife Nefertari, and his young son, so that gives him important emotional shadings,” says the director.

Scott first encountered Edgerton years earlier, while casting his Crusades epic, “Kingdom of Heaven.” The actor was deemed too young for the role then, but Scott continued to follow Edgerton’s career, particularly his work in the acclaimed independent drama Animal Kingdom. “Joel has flair, and he’s athletic, brooding, intellectual and very warm as well. He transposed himself elegantly into the demeanor of an Ancient Egyptian, acknowledging the period, without it feeling like ‘period.’ Ramses is a bad guy, with good emotional parts to his character, so that you are not sure whether to hate him or not. Joel is also very physical, so he provides a real sense of action and fury when needed.” 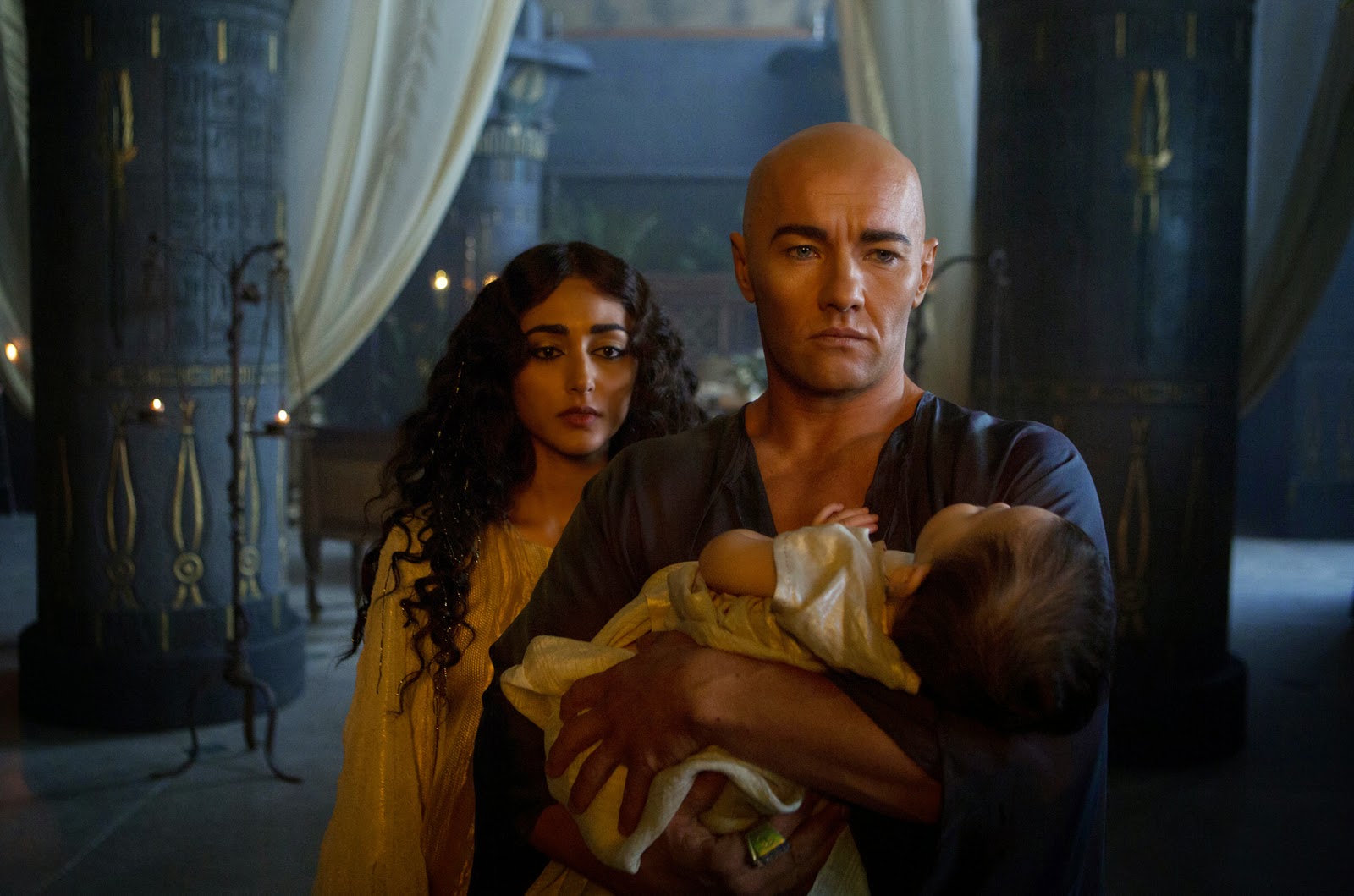 Bale hails Edgerton’s “tremendous commitment to the role. I felt he had one of the most difficult parts in the film. Joel captures all the arrogance of someone with limitless power, and all the insecurities of someone desperately trying to hold onto his position.”

Edgerton relished the role, especially its complexities. “The most fascinating villain is someone who, in their own movie, would be the hero,” he explains. “I always feel if you can understand the bad guy, you can cheer for the hero even more. So I wanted to find that balance between doing my job as the villain of the piece, but give him humanity. Amidst all the epic scenes of warfare, the big conflict here is the battle of wills between Ramses and Moses.”

Edgerton admits that Ramses has a huge ego, as expected from someone brought up to believe he is a living god. “He is unreasonable and lacks empathy,” says the actor. “Ramses is a tyrant and a dictator, but that was part of the beliefs of the times.” 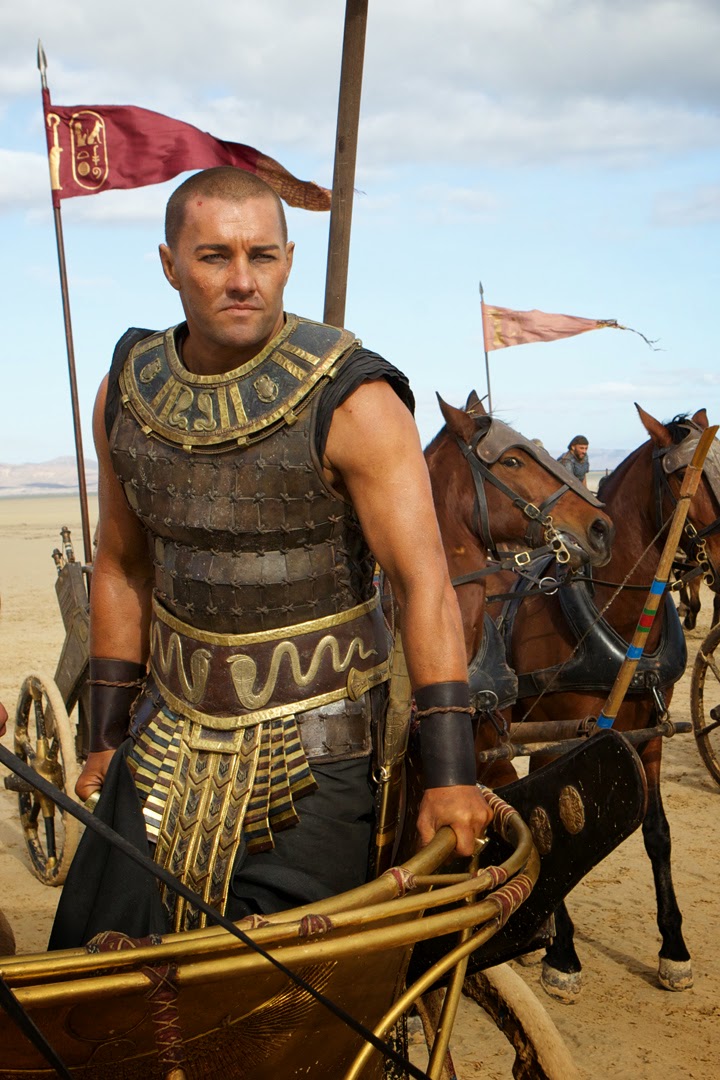 Joel Edgerton has been on some big – very big – films in the past but nothing has compared to Ridley Scott’s epic adventure Exodus: Gods & Kings. “It’s definitely one of the biggest that I’ve ever been involved in. The scale of the sets, the amount of people around – the crew and the hundreds of extras we have on some days – and the epic scale of the story, is really staggering.”

“Exodus: Gods and Kings” opens December 5 nationwide from 20th Century Fox to be distributed by Warner Bros. in 2D, 3D and IMAX 3D.