Sam Claflin came to worldwide attention since his notable role in the second instalment of the phenomenal hit franchise as Finnick Odair in “The Hunger Games: Catching Fire” in 2013 and reprises his role in this year’s “The Hunger Games: Mockingjay – Part 1”, but Claflin has already made an indelible impression in the movie industry with his roles in previously released blockbuster films “Pirates of the Carribean: On Stranger Tides” as Philip Swift and in “Snow White and the Huntsman” as William.

Claflin now headlines his latest romantic lead role in “Love, Rosie” opposite Lily Collins – adapted from the bestselling tome, “Where Rainbows End” by Cecelia Ahern. In director Christian Ditter’s new film Love, Rosie, Lily Collins and Sam Claflin star as Rosie and Alex, childhood friends seemingly destined to be together, yet a couple which fate itself seems determined to keep apart. The film paints a rich and textured canvas of a complicated yet lifelong bond between Rosie and Alex, beginning in their childhood, spanning a trans-Atlantic separation, and enduring ups and downs of romantic liaisons with everyone but each other resulting in some bittersweet consequences.

“The story is about two people who really have a deep love for each other, but are constantly being pulled apart,” explains acclaimed Irish author Ahern. “I wrote “Where Rainbows End” a couple of months after I had finished “P.S. I Love You,” she says of the follow-up to her first novel, written when she was only 21 years old.

Born in Suffolk, England, Sam Claflin first took up acting at Norwich City College and completed his studies at the London Academy of Music and Dramatic Art (LAMDA) in 2009. Within a year of graduating, he’d already established himself as a someone to watch with performances in two award winning series – KenFollett’s “The Pillars of the Earth” (2010; for Starz television) and “Any Human Heart” (2010; based on the novel by William Boyd for UK broadcaster Channel 4) – followed by a starring role in the post-apocalyptic drama, “The Lost Future” for Syfy.

“Sam was really our first choice to play Alex,” says producer Robert Kulzer. “He was terrific in the last Pirates of the Caribbean movie and had just come out with Snow White and the Huntsman. I also knew that he would be one of the leads in the new Hunger Games sequel… I basically knew if we could get Lily and Sam in the movie it could be a very explosive combination.” It also proved a combination which worked remarkably well on screen – as evidenced by the pairing of Collins and Claflin in their very first meeting. “It was important that whoever played Alex jelled with Lily; there had to be a visible chemistry,” says Simon Brooks. “I think it was after 15 seconds of them meeting in a room together that we knew we had found our Alex.” 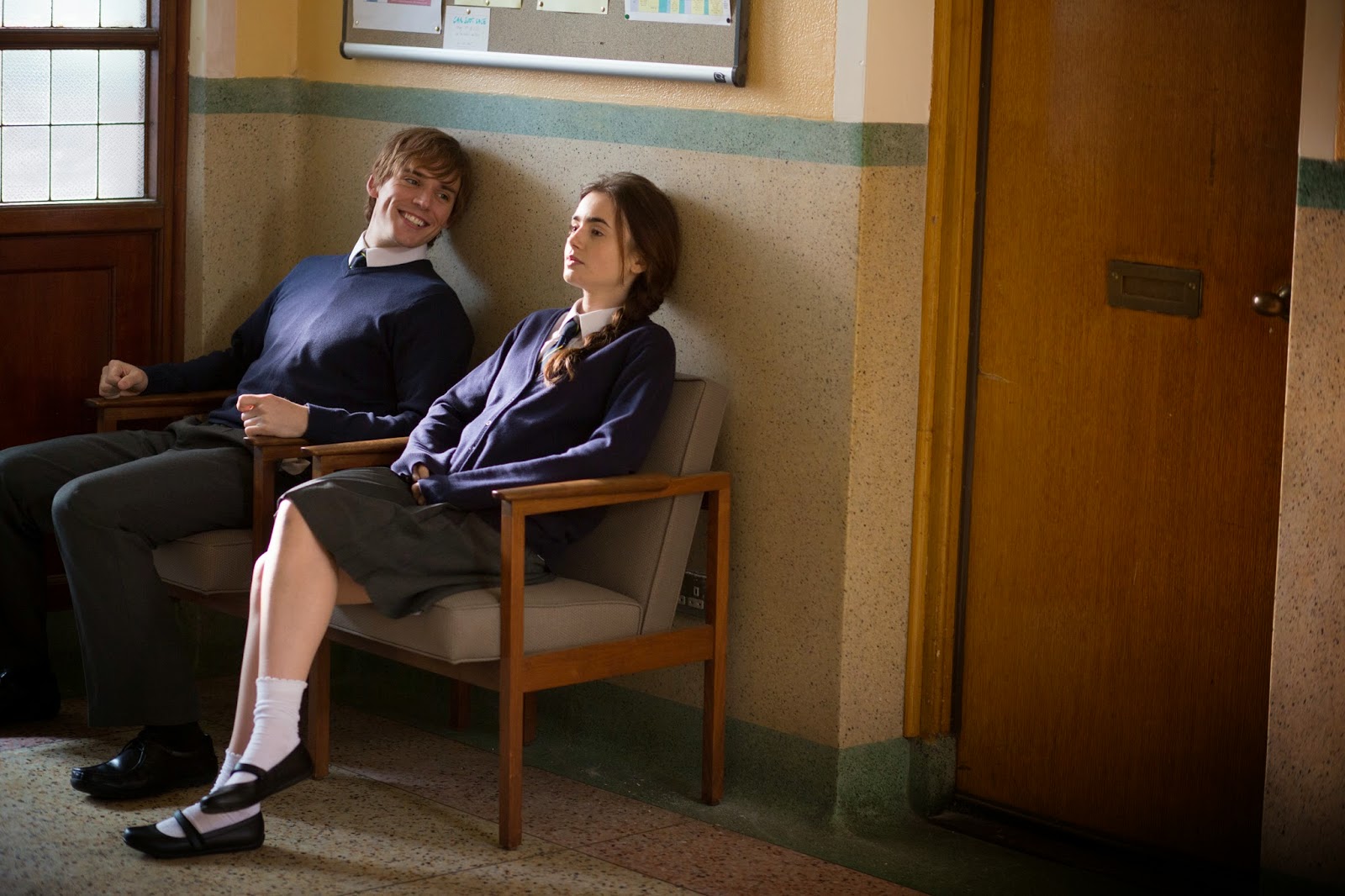 “The chemistry between the two actors simply fired up the entire space,” recalls Christian Ditter of the actors’ initial reading. “After that day it was very clear that no one else could play these characters other than Lily and Sam.” “When Sam and I met for the first time it was just like Rosie meeting Alex,” agrees Collins. “We got on so well from the get-go and we had the best time with Christian… I mean, Rosie and Alex were created that day I think. It was just an amazing feeling.”

For Claflin, the prospect of filming “Love, Rosie” resonated on many levels. Initially attracted by the script and the prospect of working with Lily Collins, he was also a fan of the genre itself and saw the film as a departure from his previous work. “I’d read a fair number of scripts over the past few years and nothing really grabbed my attention like this did,” says Claflin of his decision to come aboard. “The journey that these two characters go on struck a chord with me. I also wanted to do something contemporary, something modern. All in all, it was a no brainer.”

“Sam is like a young Hugh Grant,” says Brooks of the up-and-coming star and hisperformance in Love, Rosie. “What this film did was allow him to really act. He’s incredibly charismatic and he put a lot of hard work into the limited amount of time we had with him.” Like his co-star, Lily Collins, the biggest challenge for Claflin was playing a character who ages from adolescence to adulthood over the course of a performance. “It was very difficult to begin with, but with the help of make-up and costume you felt you were taken back in time,” says the British actor. “I didn’t really need that much preparation though to play Alex,” says Claflin of his overall approach to the character. “Instead what Christian Ditter did was really allow Lily and I the time to get to know each other, along with the freedom to play with the scenes, to just be spontaneous and go with the flow… I don’t think this would have been half the film it is without him at the helm. He was so passionate and easy going – he was just fantastic to work for. And I think his vision for the film was equally incredible.”