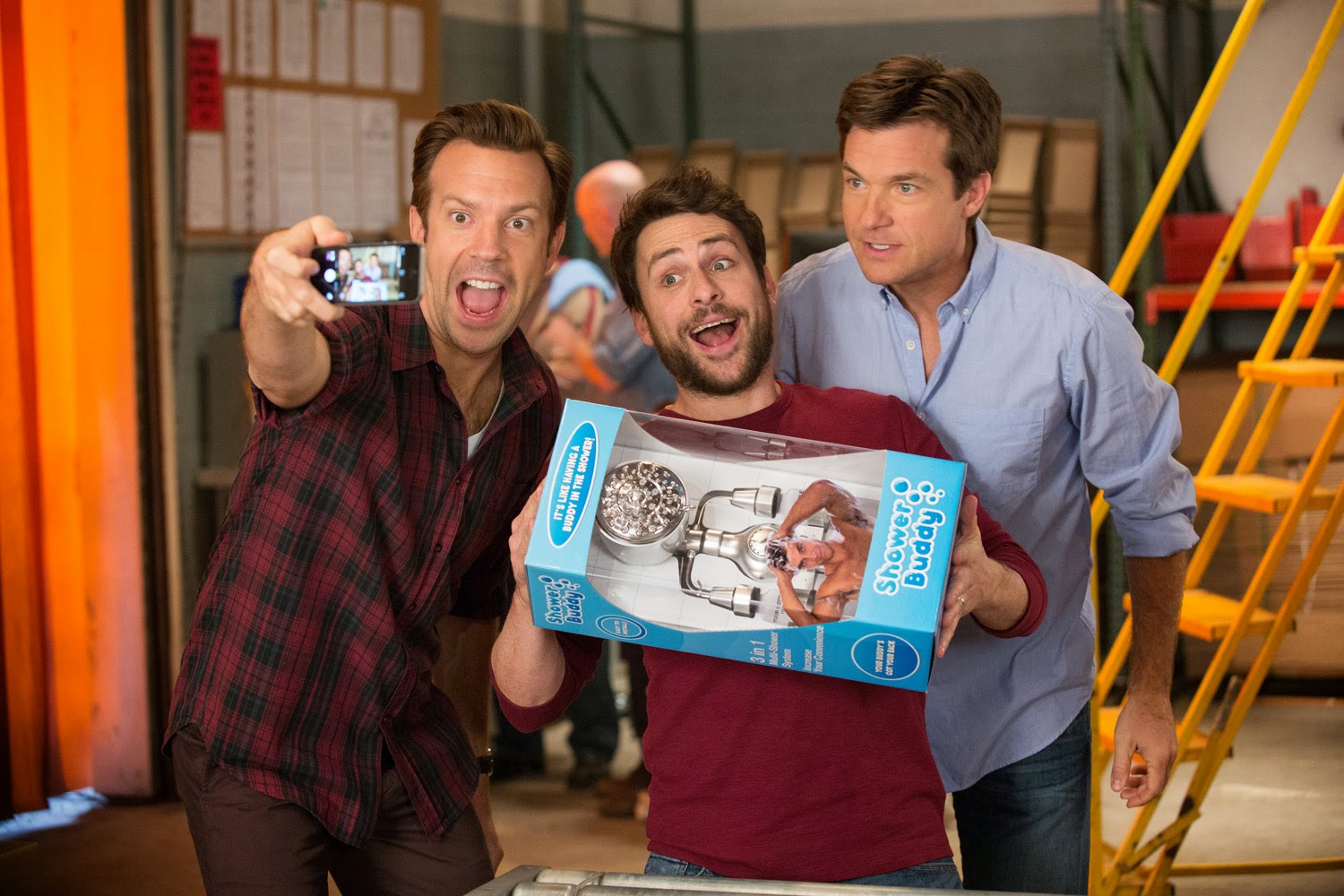 In 2011, audiences around the world embraced Nick, Dale and Kurt, the hapless heroes of “Horrible Bosses,” who struggled under the yoke of supervisors so monstrous and out-of-control that they felt their only recourse was to bump them off. Fortunately, they were spectacularly unsuccessful, bungling the job at every turn in an escalating cycle of panic and insanely bad decisions that propelled the film to worldwide box office heights — and suggested that not everyone is cut out for homicide, however justifiable. Also, that these three might want to reconsider their career paths.

In New Line Cinema’s sequel “Horrible Bosses 2,’” Nick, Dale and Kurt do exactly that, rallying with an original invention and another run at the American dream.

“They develop a product they think they can make, market and sell,” says Jason Bateman. “They put everything they have into it, and decide to bet on themselves, which is just not a good idea with these guys. It doesn’t take very long for things to go wrong.”

The new venture takes the three into uncharted territory and up against formidable new foes, but with the same unbeatable chemistry, crazy energy and go-for-broke enthusiasm that Bateman, Charlie Day and Jason Sudeikis first brought to their leading roles.

Director Sean Anders was specific about what he wanted the sequel to offer, saying, “Our driving thought was that it had to be its own story, not just three new bosses and three different ways to kill them. What we wanted was these guys, who are so funny and who we all love, in a whole new caper that takes them to desperate places they couldn’t imagine, and the desperate solutions they come up with.”

“Like most people, what I loved about the first movie was not only the concept but the phenomenal comic interplay,” says producer Chris Bender. “It made me want to see what these guys were going to do next. They’re such great characters that we wanted to put them into another impossible situation, turn them loose and see what happens.”

This time, it’s their nascent dreams of entrepreneurship that are crushed when an unscrupulous investor steals their invention and every penny they have. Or, considering the massive loan they’re still on the hook for, every penny they will ever have.

Perhaps the most striking thing about seeing Nick, Dale and Kurt together again, apart from their enduring optimism and unfailing support for one another, is that they haven’t gained much wisdom from their experiences, or evaluated their problem-solving skills.

Anders jokingly points out, “What’s tough about a lot of sequels is that the first story takes the characters through some kind of transformation, where they begin as one kind of person and then change into a better, more enlightened person at the end. But ‘Horrible Bosses’ wasn’t meant to be super heartwarming; it wasn’t that kind of party. So we had the leeway to jump right in and keep it funny and crazy and not get wrapped up in these guys realizing great life lessons. In fact, I think it’s safe to say that, at the end of the second movie, they still haven’t learned anything.”

Get Ready For The Hottest Movie Date Ever In R-18 Comedy...