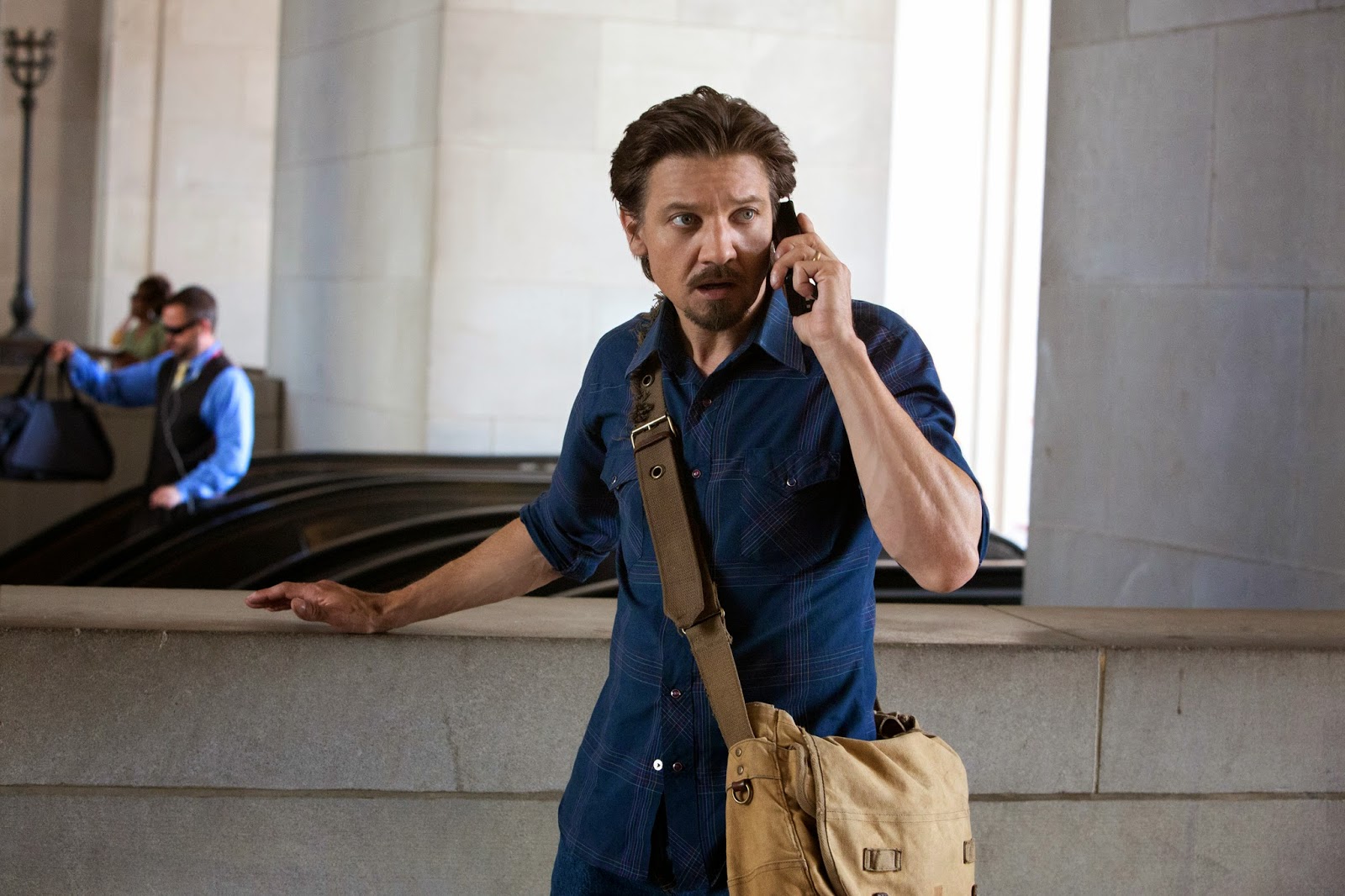 After playing a Marvel superhero, Jeremy Renner is taking on a completely different type of crime takes on a crusade to track the crack epidemic in America and its very shady origins, which has ties to the CIA. The drama follows Gary’s daunting task of investigating the U.S.’s war on drugs, despite threats from both drug kingpins and CIA operatives. We have 5 new photos of Jeremy Renner in action, as he hits the streets looking for answers.

Two-time Academy Award nominee Jeremy Renner leads an all-star cast in a dramatic thriller based on the remarkable true story of Pulitzer Prize-winning journalist Gary Webb. Webb stumbles onto a story which leads to the shady origins of the men who started the crack epidemic on the nation’s streets…and f fighter in Kill the Messenger. Starring as Pulitzer Prize-winning journalist Gary Webb, Jeremy Renner further alleges that the CIA was aware of major dealers who were smuggling cocaine into the U.S., and using the profits to arm rebels fighting in Nicaragua. Despite warnings from drug kingpins and CIA operatives to stop his investigation, Webb keeps digging to uncover a conspiracy with explosive implications. His journey takes him from the prisons of California to the villages of Nicaragua to the highest corridors of power in Washington, D.C. – and draws the kind of attention that threatens not just his career, but his family and his life. 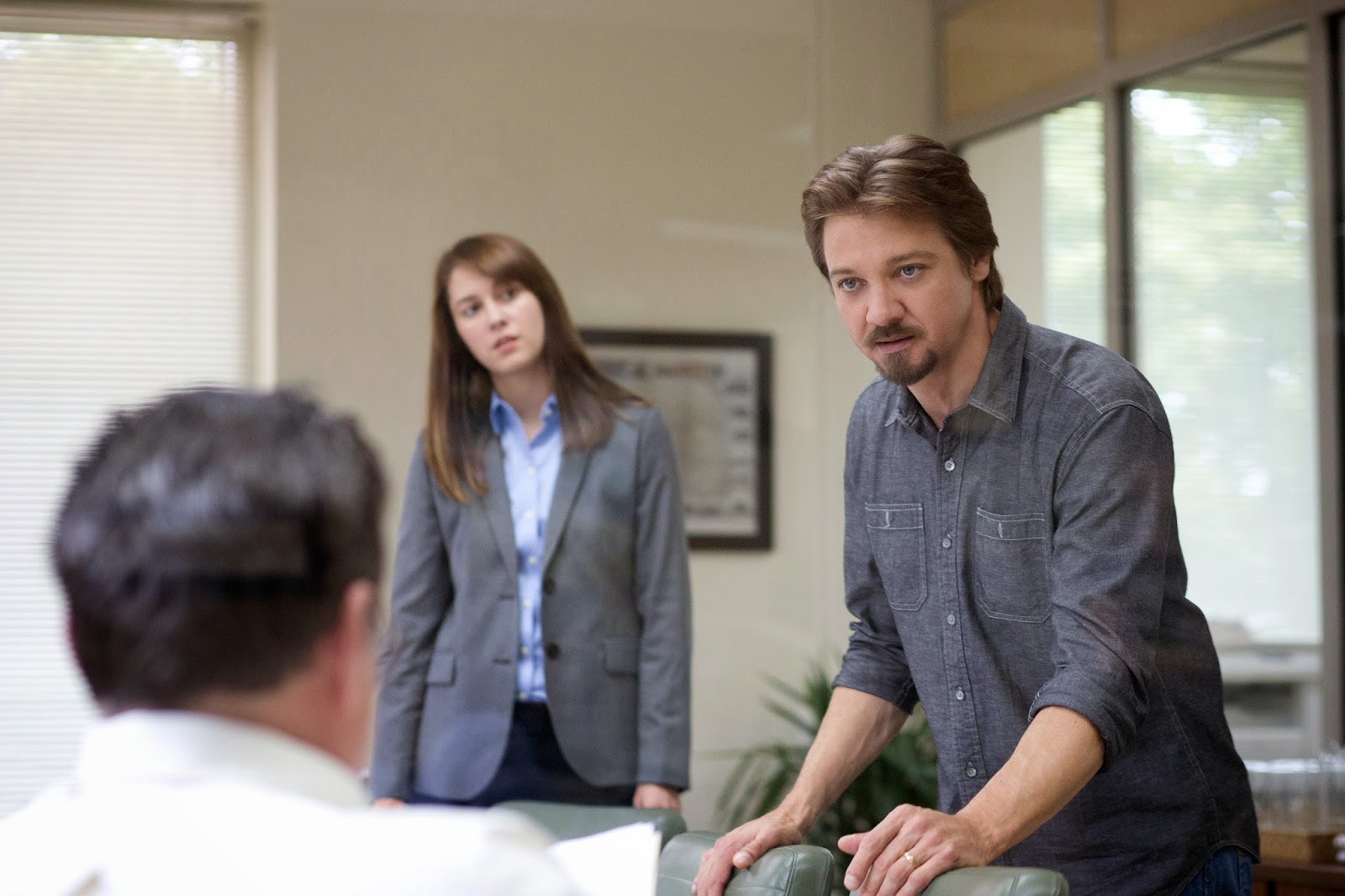 Where were you when Gary Webb’s story first broke? Were you aware of it at the time?
I had probably just got to LA around that time, and obviously I didn’t know anything about it. It was pretty quiet at that time. It had got very little coverage, I guess. I’m from the area where it all happened. I was 70 miles away from San Jose, in Sacramento.

Did you read that newspaper at all?
Yeah, here and there. Here and there. But I was 17 at the time. I think I was into chasing girls more than I was about any newsworthy stuff. [Laughs.]

So did you have to do a lot of research or had you found out more in the interim?
I had to do quite a bit of research. There’s a lot of onus and accountability when you’re playing somebody that exists, or existed, and we wanted to do right by Gary Webb and his legacy and his family, and be as truthful as we possibly could. So it took quite a bit of research to capture all his flaws and the truths of the story, and it was a great journey to go down.

One detail that struck me about the film was the frayed strap on the bag you carry around with you all the time. Was that based on a real thing, or did that just feel right?
The messenger bag? Yeah, that was funnily enough Michael Cuesta’s [bag]. He had had that thing forever as a photographer, banging around New York. I put that on when we were trying on some clothes, and it ended up being the perfect thing. So we dragged that around pretty much everywhere Gary went. It worked out perfectly.

What did you keep in there?
I kept a pad and pencil and a picture of his family. That sort of stuff.

Tell me about working with Andy Garcia. Is he a really good golfer?
He’s a really good golfer! Yeah, he was really digging that. He got involved in the writing of that scene, even. He had a few ideas he wanted to play with, and yeah, that was pretty cool, man. Really, really cool getting to work with him.

Did you get to visit the real newspaper, or other newspapers, to get the vibe of the office?
I’ve been in and out of some in my days, so I didn’t really have to go visit them to get the vibe or the energy of it. I certainly wanted to know more about the relationships, because that was important to me. Between talking to journalists and the editor of the newspaper, and the politics. The character and the relationships were really important to me.

Which of the real life people involved were available to you to speak to?
I ultimately was on the tails of Peter Landesman, our writer, and Nick Schou, the writer of the book. I was on their coattails as far as the research they’d done, what they made available to me. I just wanted to get Gary right. So that was my focus. Everybody else, their onus was on the story and those sorts of things. I needed to focus on getting Gary right, as a man, as a husband, as a father, and then as a journalist.

Was there a thing you discovered, or a moment where you felt you cracked him? Like you figured him out?
I feel like I don’t ever do that. I feel like if I know the answer then I’m not digging deep enough, or I’m getting lazy or something, I feel like. Some things make me feel like I’m on the right track, but not that I “got” him or cracked him.

What is Michael Cuesta like as a director on set? Is he really involved or does he let you do your own thing?
I’ve worked with him two or three times prior, and we always got along straight away and had a mutual respect and trust for each other. So we both challenge the material constantly every day to make it better, and challenge each other inadvertently by doing that. There’s a lot of trust and love between us. That makes for something potentially quite magical on set every day.

What does it take to build trust with you as an actor? What are you looking for in a director?
Ultimately, if you can’t state what you want in a sentence, please shut the heck up. I don’t think we have enough time in a day to philosophize about things. If you’re going to give me direction, say it in a sentence.

Do you think you’re going to be able to make time in your schedule for the Hansel & Gretel sequel?
I don’t know. Maybe. I don’t know how it will manifest. Everybody’s got something to do. I don’t really know much on it outside that they have a release date for it, at least. That was going to be obvious because they made a lot of money around the world on that sucker, which is great. As far as any creative decisions on it, I have no idea on the script or when they want to shoot it or how they want to shoot it, those sorts of things. I really can’t answer it.

On a similar note, and I understand if you can’t answer this as well, there’s a rumor that your second Aaron Cross movie might have gotten bumped back a bit. Is that still going in full force?
No, it’s still moving. Yeah, it’s still moving. We have our director who’s actually run off to do the “True Detective” series right now, and then while that’s happening they’re finishing writing the script. I know Greengrass and Damon… well, I’ve heard have maybe cracked an idea, a reason to continue the Bourne series, which is fantastic. They have created a very exciting universe, and hopefully in my mind I’d love for us to do something together. If not on the next one, sometime very soon. I think that would be really great. I know I want it. I feel like the fans want it as well.

How does that play out in your head? Aaron Cross vs. Jason Bourne? Or is it more of a team up?
For me, in my head? I think it’s a little bit of both. I think you pit them against each other, and then they go together against the bad guy. We realize that we’re not the enemy. I mean, I think a thousand people can come up with that scenario, but I think you do both. I think that could be really interesting. Mind you, there have been NO talks, whatsoever, creatively about that. So that’s just the fan boy in me, I suppose. [Laughs.] 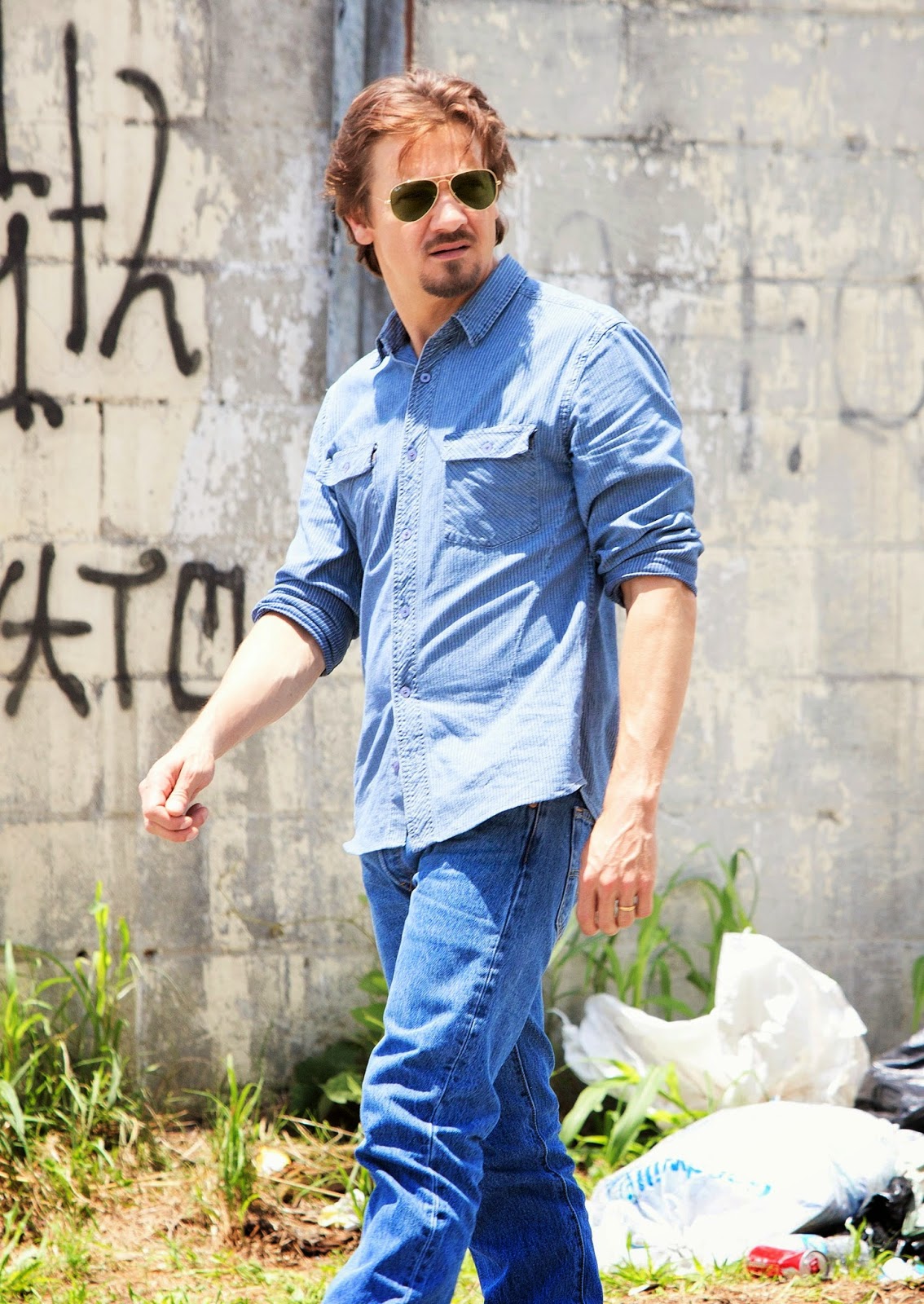