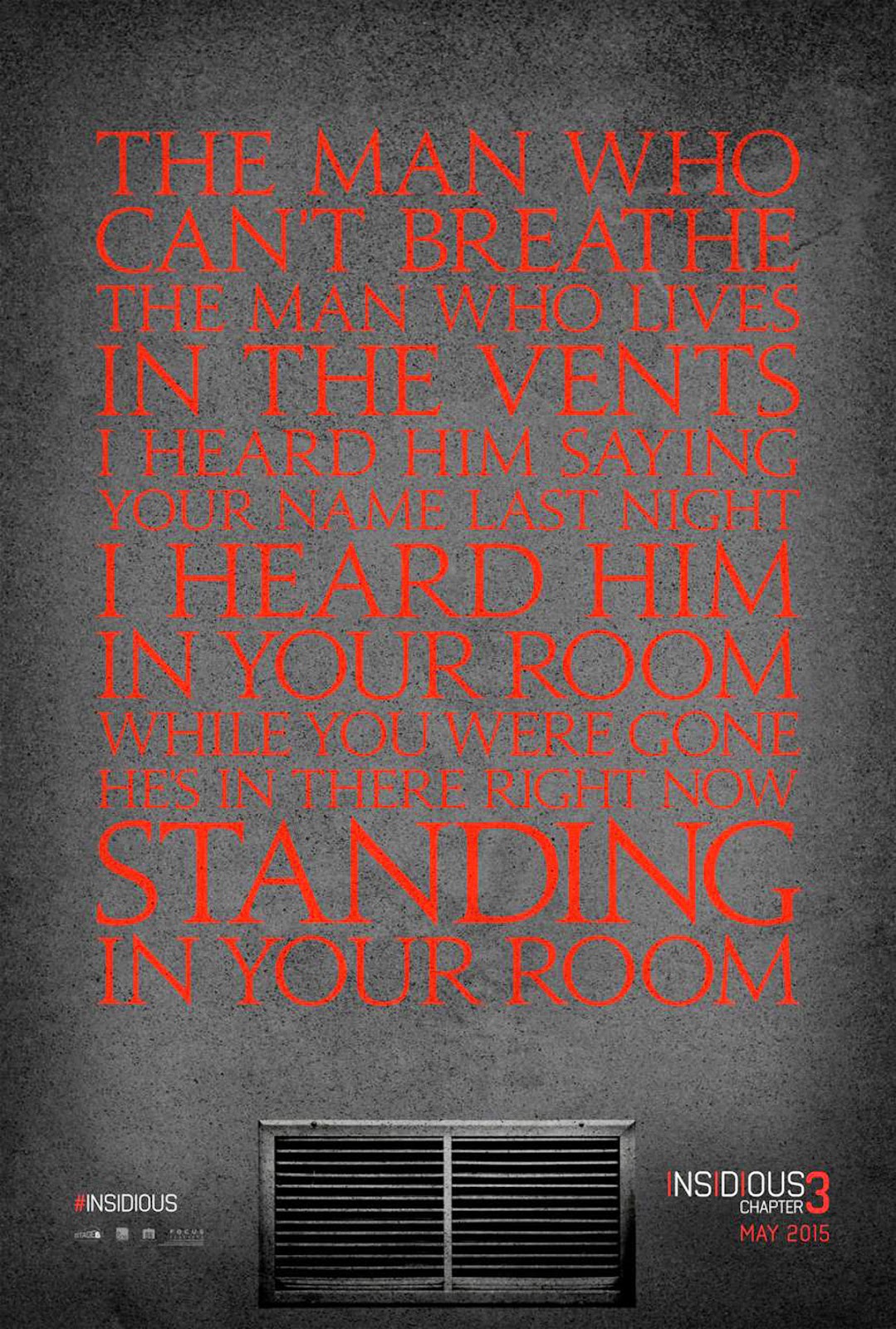 Columbia Pictures has just unveiled the teaser trailer of its upcoming supernatural thriller, “Insidious: Chapter 3,” the newest instalment in the terrifying horror series is written and directed by franchise co-creator Leigh Whannell.

This chilling prequel, set before the haunting of the Lambert family, reveals how gifted psychic Elise Rainier (Lin Shaye) reluctantly agrees to use her ability to contact the dead in order to help a teenage girl (Stefanie Scott) who has been targeted by a dangerous supernatural entity.

Opening soon across the Philippines on May 2015, “Insidious: Chapter 3” is distributed by Columbia Pictures, local office of Sony Pictures Releasing International.