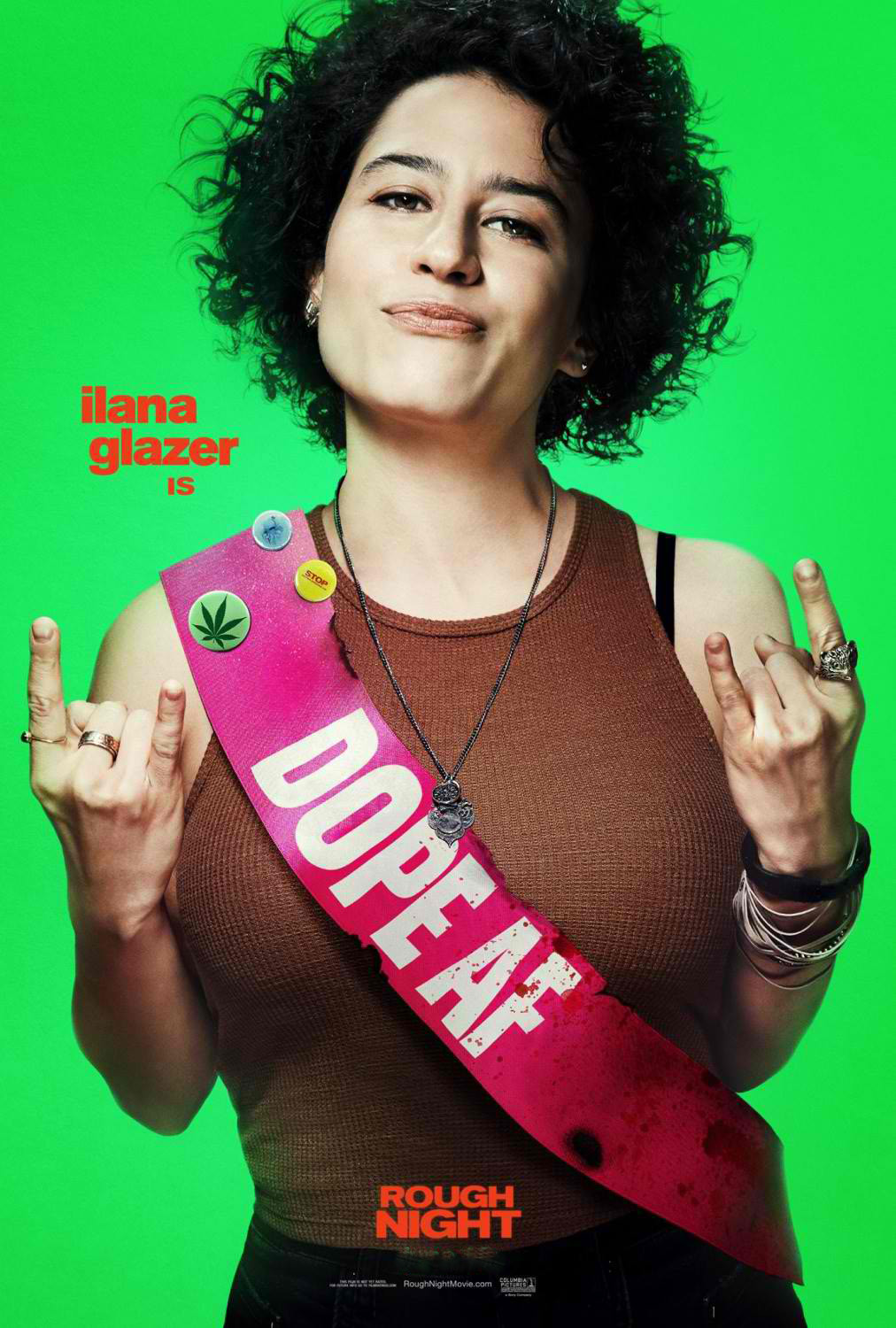 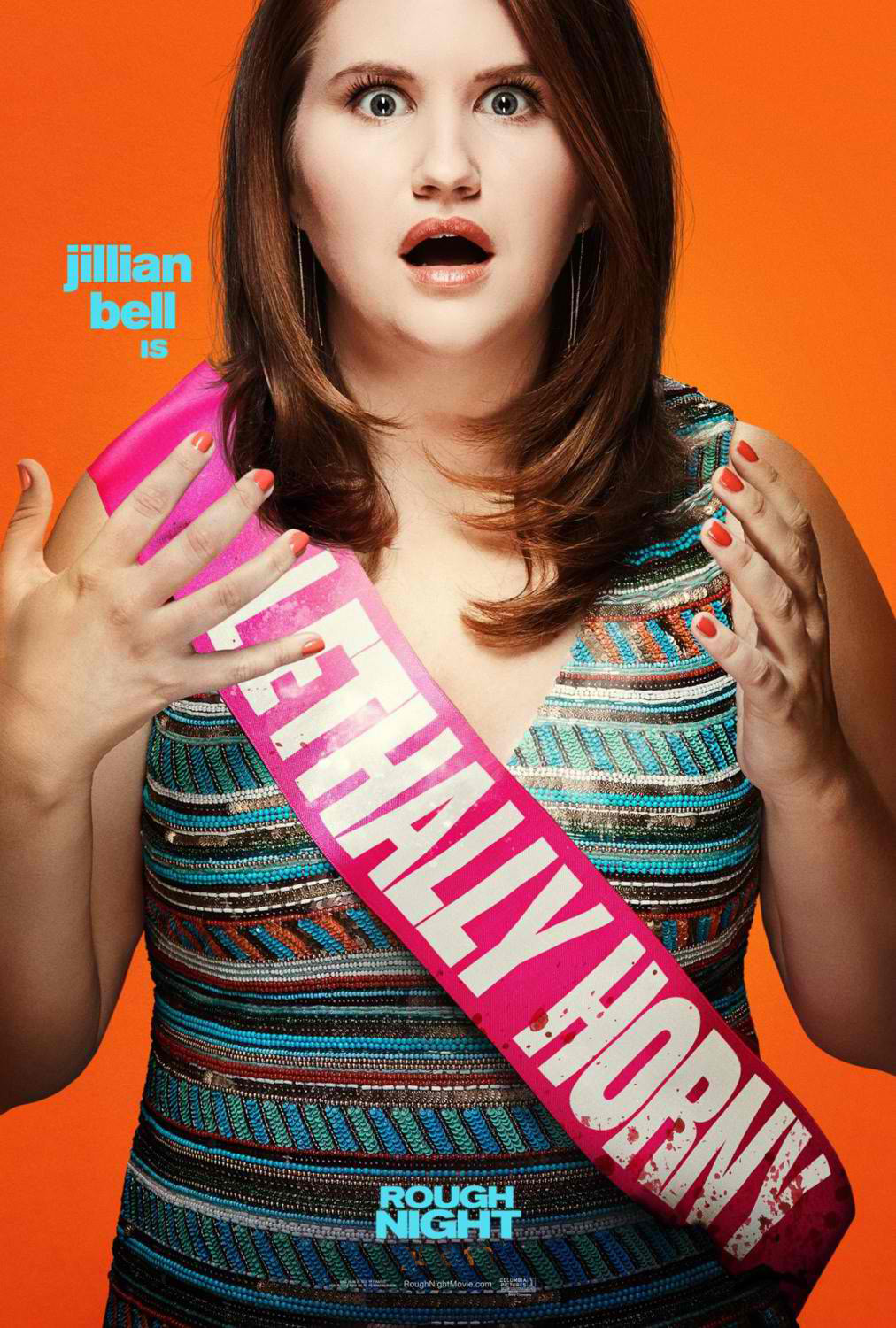 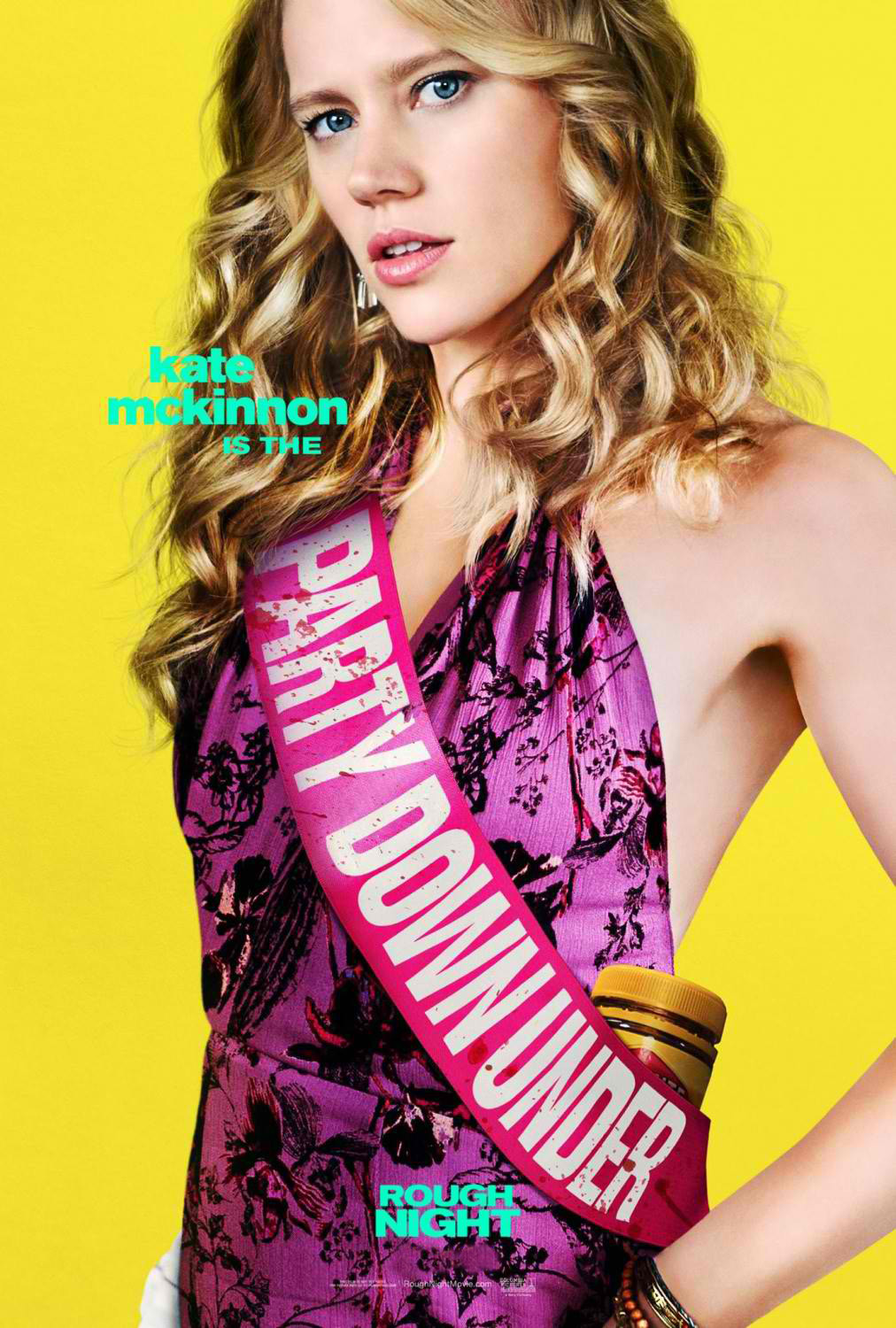 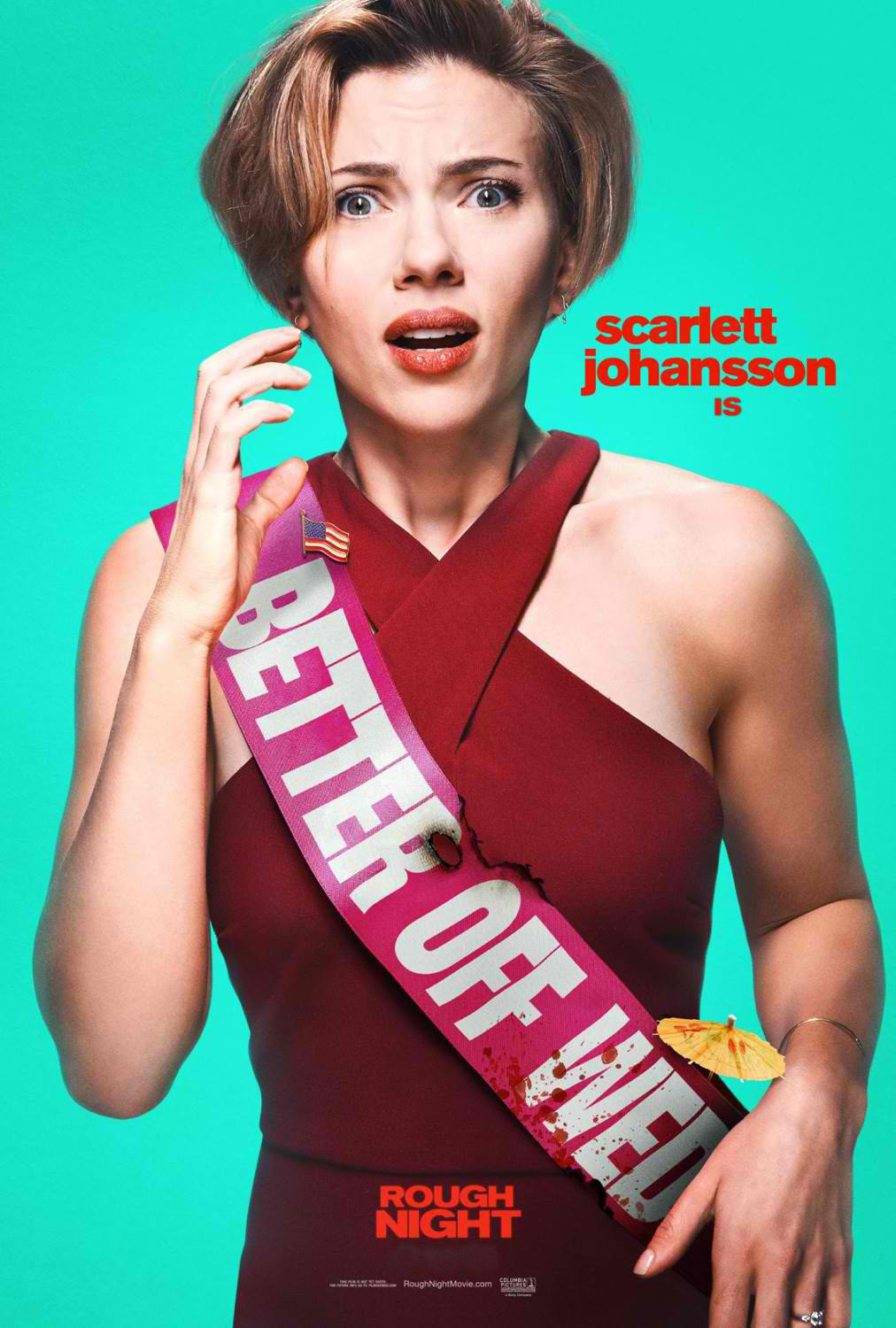 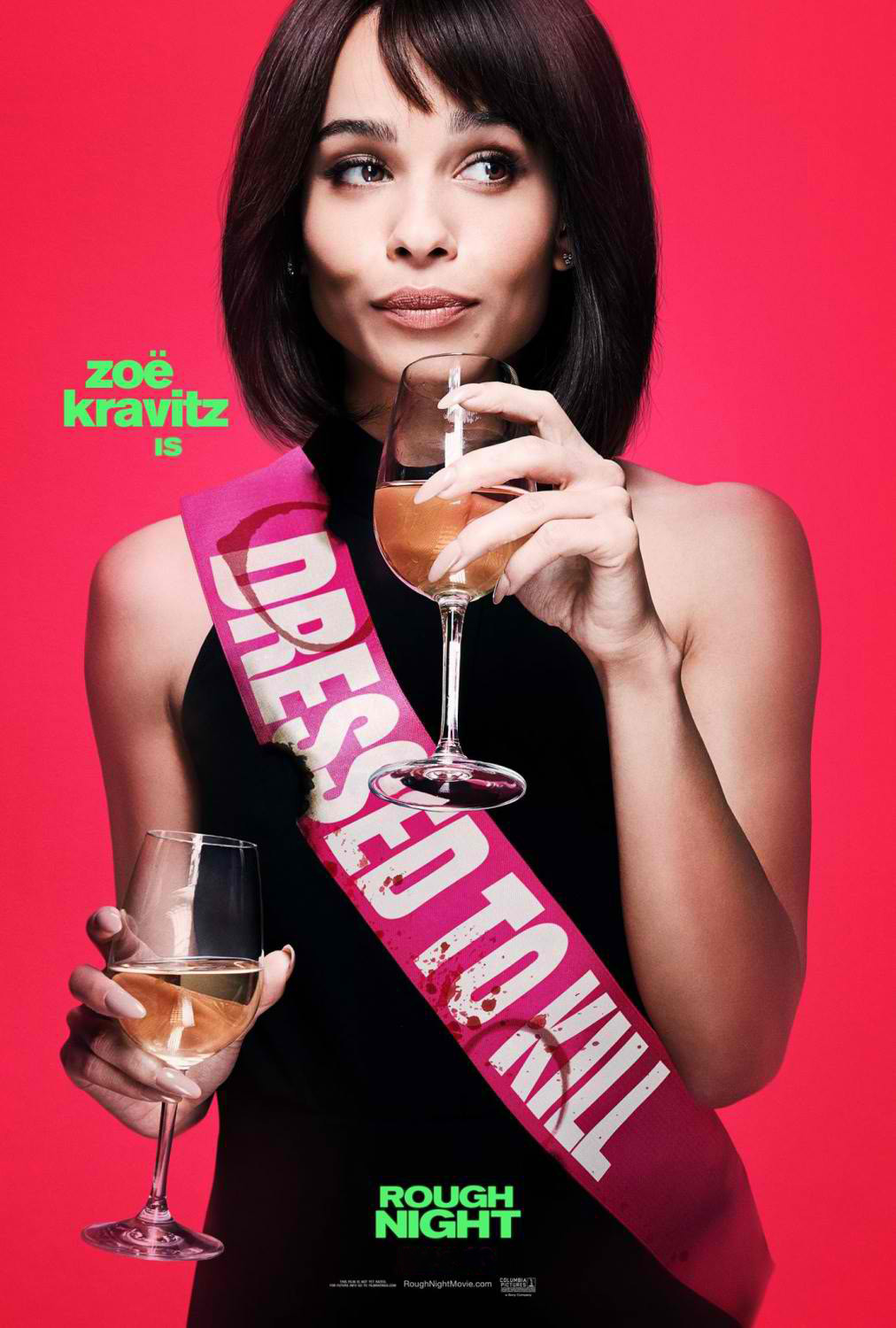 In Rough Night, five friends from college reunite when they rent a beach house in Miami for a wild bachelorette weekend that goes completely off the rails. Just when all hope is lost, they realize there’s more to the story than they could’ve ever imagined.

Scarlett Johansson plays Jess Thayer, the bride-to-be who has dedicated her life to public service, and has set her sights on becoming a member of the state legislature. “She is definitely a socially conscious person,” explains Johansson. “She’s involved in the community and wants to make a positive difference in people’s lives. That’s why she’s running for state senate.”

Kate McKinnon portrays the Australian Pippa (a/k/a Kiwi), who is Jess’ eccentric friend from her semester abroad down under. “She’s the freest spirit there possibly could be,” says McKinnon. “There are no rules with Pippa. But even though she’s a strange bird, she’s also sincere, tender and sweet – she has an absolute joy – which I think is a good combo.”

Jillian Bell plays Alice, Jess’ overly possessive friend who relishes reliving the past. Though the two were very close when they were in college, the passing years have changed that friendship. “Alice thinks she’s still Jess’ best friend,” says Bell. “Alice believes that she and Jess are much closer than they actually are and that they can still have fun times together.”

Frankie, played by Ilana Glazer, is the consummate activist. “Frankie is a hyper-politicized rich kid from Brentwood who thinks the things that she does are very important,” says Glazer. “She forgoes a life of leisure to devote herself to making a difference.”

Blair, played by Zoë Kravitz, is the successful, straight laced, proper and seemingly put-together one of the group. However, outward appearances can be deceptive – there is more turmoil going on in Blair’s life than she would rather admit. “Blair is the conservative one in the group,” says Kravitz. “She’s married. She has a child. She’s a businesswoman. She has chosen a more conventional and materialistic route.”