The breakout star of Kingsman: The Secret Service and Star Trek Beyond, Algerian actress Sofia Boutella the titular character of Ahmanet, in Universal Pictures’ new action-adventure, The Mummy (now playing in Philippine cinemas).

Centuries ago, Ahmanet was raised as a fearless warrior and heir to her father’s throne. She was destined to be the first female pharaoh, but when the king finally fathered a son, Ahmanet was cast aside. Driven mad by betrayal, she was entombed for eternity by the very people who swore loyalty to her. Her fate? Erasure from history.

Accidentally awoken by soldier of fortune Nick Morton (Tom Cruise), this original and extraordinarily powerful monster sets out to reclaim her stolen kingdom and ascend to her rightful place as pharaoh. With her evolving powers, the strange and seductive Ahmanet forges an unbreakable connection with Nick, and in so doing, intertwines their destinies.

“Led by Sofia as The Mummy, Ahmanet,” Cruise commends, “the women in this film are both strong, powerful, smart, and driven.”

Director Alex Kurtzman knew exactly the performer he wanted in the film’s title role. “I saw Sofia in Kingsman, and then I stalked her until she said, ‘yes’ to this movie. She brings a real humanity to the princess, and audiences will feel for her. Even when she is doing horrifying things, you always feel that it is being done by someone who’s not that far from us…and who’s just crossed a line that maybe we wouldn’t.”

Boutella admits that what especially drew her to the part was the empathy she felt for the character. “It would be too easy just to make it obvious that she’s just mean or hate-able, and I liked that Alex never wanted to ‘monster-ize’ Ahmanet,” she reflects. “Even though she is technically a monster, it was important for all of us to find the psychology of her character and understand why she did what she did in that time to survive. You begin to feel for her. I don’t see her as a monster; she’s a survivor.”

The actress constantly challenged herself to make unexpected choices with the role, and found Kurtzman and Cruise to be especially sound collaborators. “Remember, Ahmanet came to this modern time with old habits from an ancient Egypt,” Boutella explains. “She’s a princess who was promised to become pharaoh and worked very hard in her era. When Alex, Tom and I discussed the character, I often said, ‘I’m not going to go with the obvious.’ I absolutely loved being on set with them and their notes. 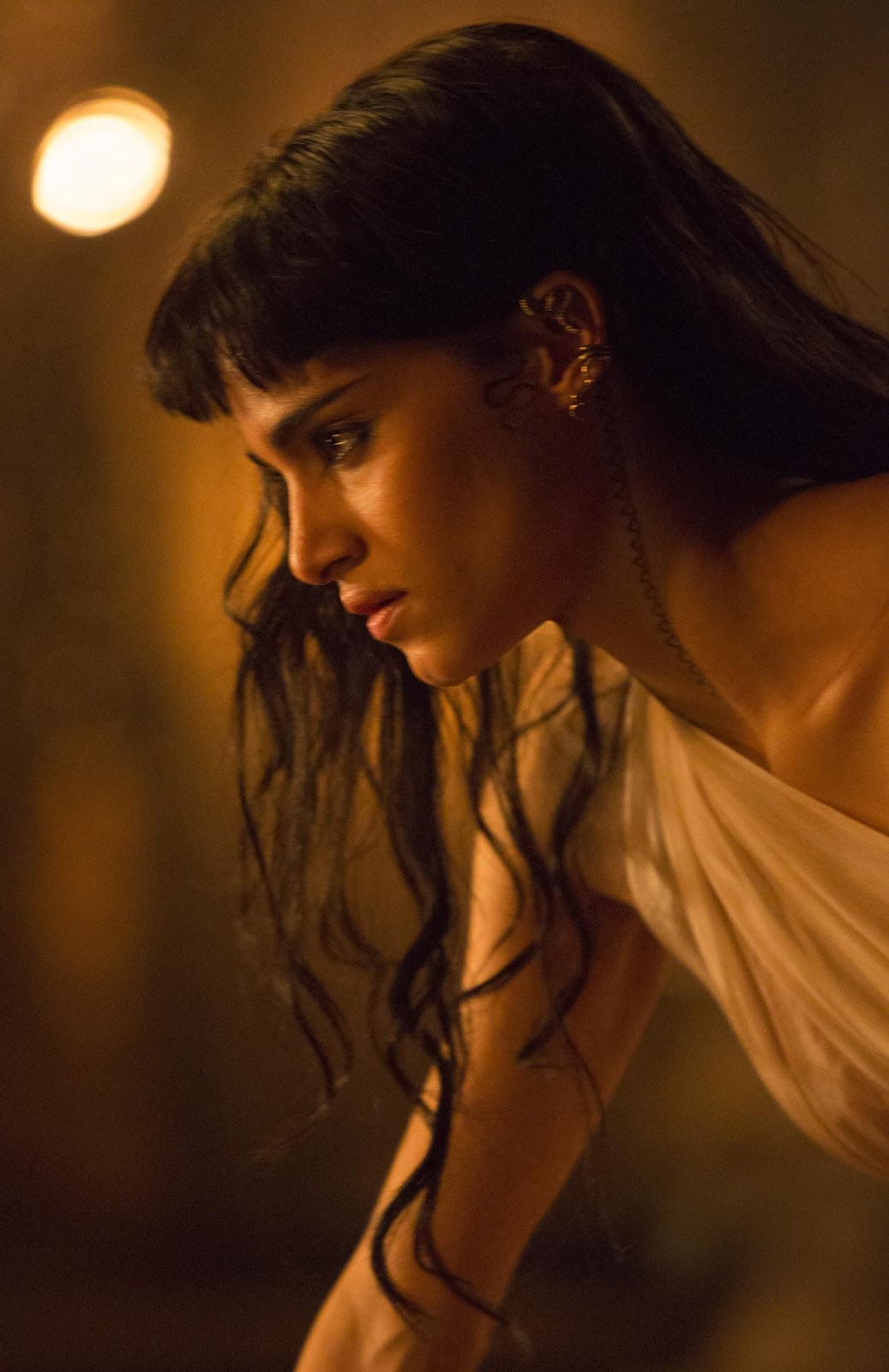 “Everywhere you can expect the scene to go, we would stretch it and bring completely the opposite,” Boutella continues. “We would take dialogue that would make you think Ahmanet is aggressive or manipulative and change the way it was delivered. We discussed that she wanted to be respected for how hard she worked to earn her father’s respect. We also wanted to honor what she was about to become…and that it was taken away from her.” She adds, reflectively: “Her back was put up against a wall, but she’s a survivor who has been trapped for 5,000 years. Everyone wants to live.”