He recently starred in two films that crossed the $500 million mark at the worldwide box-offce: the heist film Ant-Man and the acclaimed sci-fi rescue drama The Martian. Now, Michael Peña is out to make audiences laugh as Ponch in Warner Bros. Pictures’ new adult action comedy CHIPS.

In the film, Jon Baker (Dax Shepard) and Frank “Ponch” Poncherello (Peña) have just joined the California Highway Patrol (CHP) in Los Angeles, but for very different reasons. Baker is a beaten-up former pro motorbiker trying to put his life and marriage back together. Poncherello is a cocky undercover Federal agent investigating a multi-million dollar heist that may be an inside job—inside the CHP. 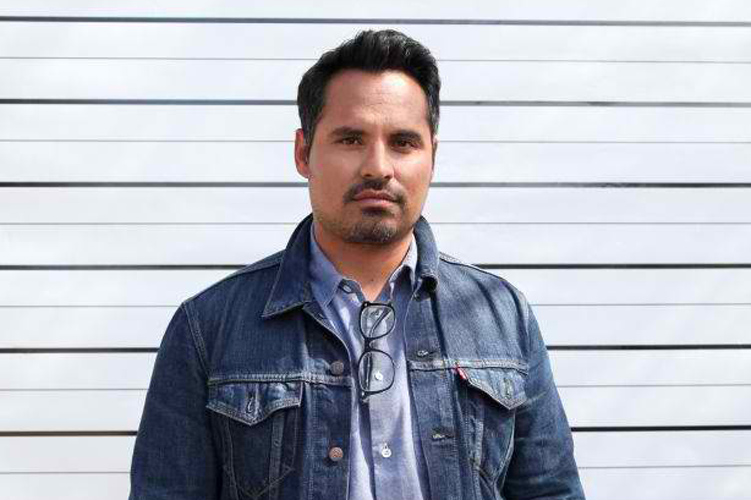 The inexperienced rookie and the hardened pro are teamed together, but clash more than click, so kick-starting a real partnership is easier said than done. But with Baker’s unique bike skills and Ponch’s street savvy it might just work…if they don’t drive each other crazy first.

Peña’s Ponch, is actually Miami FBI agent Castillo, a guy with a big success rate and the swagger to match. He also has a pathological weakness for women, especially women in yoga pants, which is a much bigger problem now that has to straddle a bike every day. Perpetually cocked and locked, he’s in L.A. undercover to smoke out a dirty-cop robbery ring inside the CHP.

“Yeah, he’s a little bit of a sex addict,” Peña acknowledges. “I actually like some of Ponch’s quirks,” the actor continues. “He’s kind of clumsy, for one. He thinks he can do anything, so, even though he can’t really ride a bike that well, he’s always pushing that limit. His ego gets in the way and sometimes he crashes. But beyond that, he’s capable at what he does and he’s really focused on the case, and I like that about him.”

“I can think of a lot of movies that are funny but I don’t remember the action, or it was just background,” says Peña. “This is obviously a comedy, but Dax wanted the jokes and the stunts to work together so when we transition into the action sequences there’s validity to it. He really gets the setups and the payoffs and how to break down the characters so people can relate.” 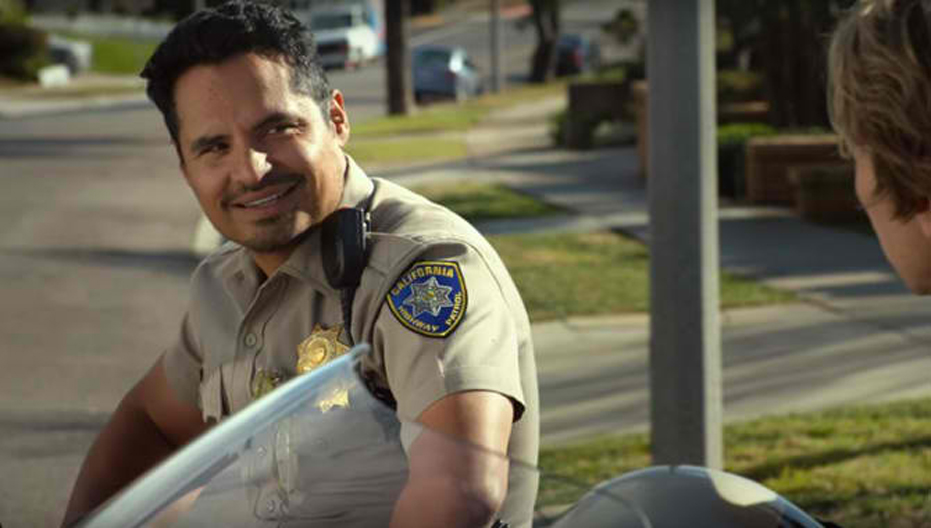 For Shepard, who also wrote and directed the comedy, “I couldn’t see anyone but Michael in this role. He’s a phenomenal actor and effortlessly charismatic, even when he needs to be angry or embarrassed.”
“So much of the story is about their dynamic,” says Peña. “Ponch is very logical and focused on the present, and Jon is more in tune with his feelings and about fixing his marriage, like he’s always ‘three beers too deep’ with the intimacy.”

To his credit, Ponch comes to grudgingly acknowledge Jon’s instincts as a detective, not to mention his insane skills on two wheels. As they continue to work together, with all the minute-by-minute sacrifices and real heroism that entails, they begin to understand more about each other. “Ponch starts to meet Jon in the middle and maybe even attempt a more emotional point of view, and it’s funny to watch him try out this completely unfamiliar approach,” Peña concludes.