Universal Pictures brings back Jamie Dornan and Dakota Johnson as Christian Grey and Anastasia Steele in Fifty Shades Darker, the second chapter based on the worldwide bestselling “Fifty Shades” phenomenon. The hotly anticipated sequel expands upon events set in motion in 2015’s blockbuster film that grossed more than $560 million globally.

Their story continues as a wounded Christian Grey tries to entice a cautious Anastasia Steele back into his life…and she demands a new arrangement before she will give him another chance. As the two begin to build trust and find stability, shadowy figures from Christian’s past start to circle them, determined to destroy any hopes for a future together. 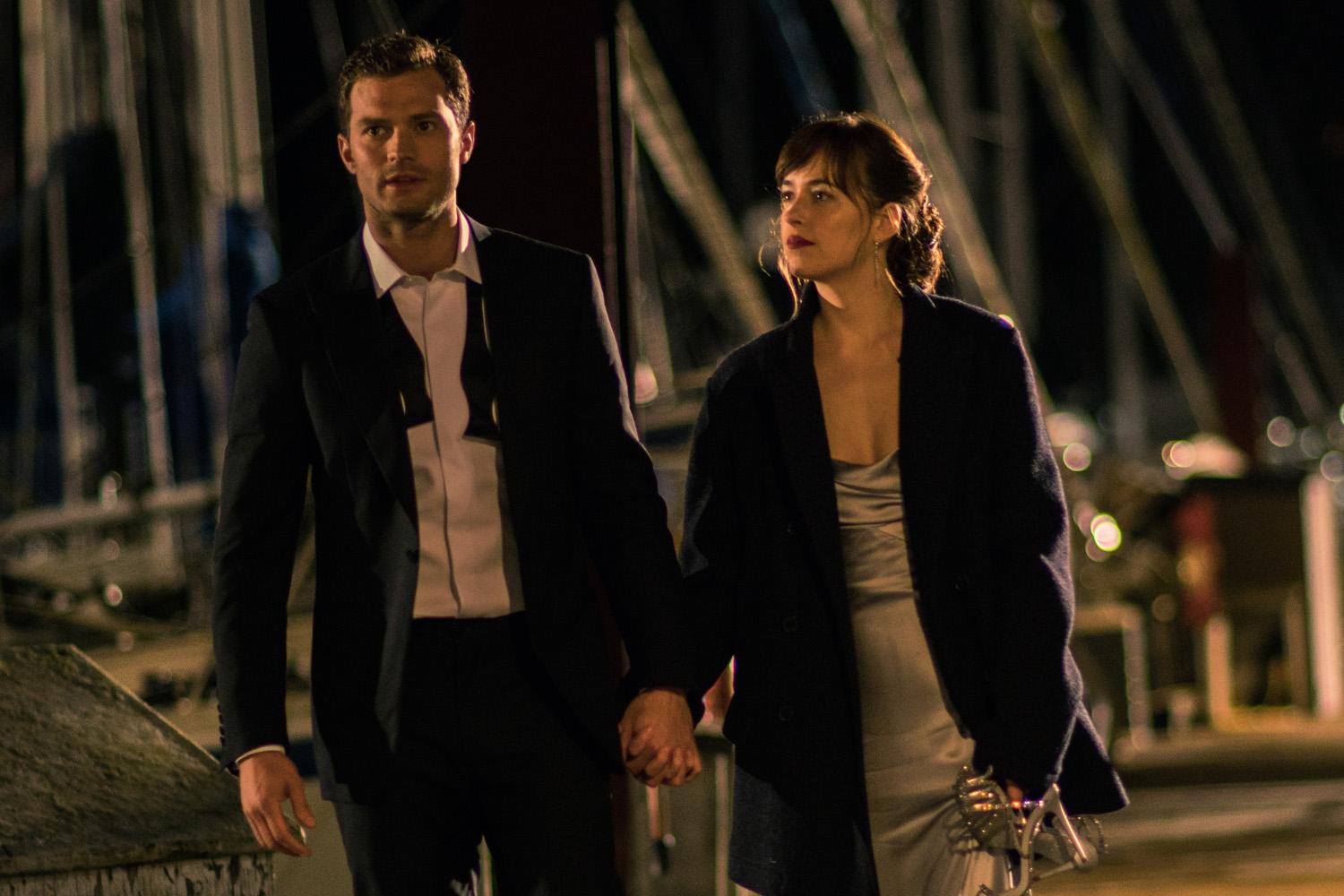 With the whirlwind of launching Fifty Shades of Grey behind them, Dornan and Johnson set to work on the Darker set, ready for the unique set of challenges that lie ahead.

For Johnson, the chance to not only return to a character that she’s worked on provided cause for both excitement and trepidation. She says: “I’ve never been on a project this long, and I’ve never been such a large part of a project. I feel this great honor to be able to tell this young woman’s story. It’s all been quite an experience—at times, it’s been insightful, emotional, heavy, dark and difficult. But it’s also been so joyous, and filled with laughter and love. It’s been all-encompassing. It’s made me grow as a person so much that no matter how difficult shooting these films may have been, I would never take it back and I would never change anything about the experience.” 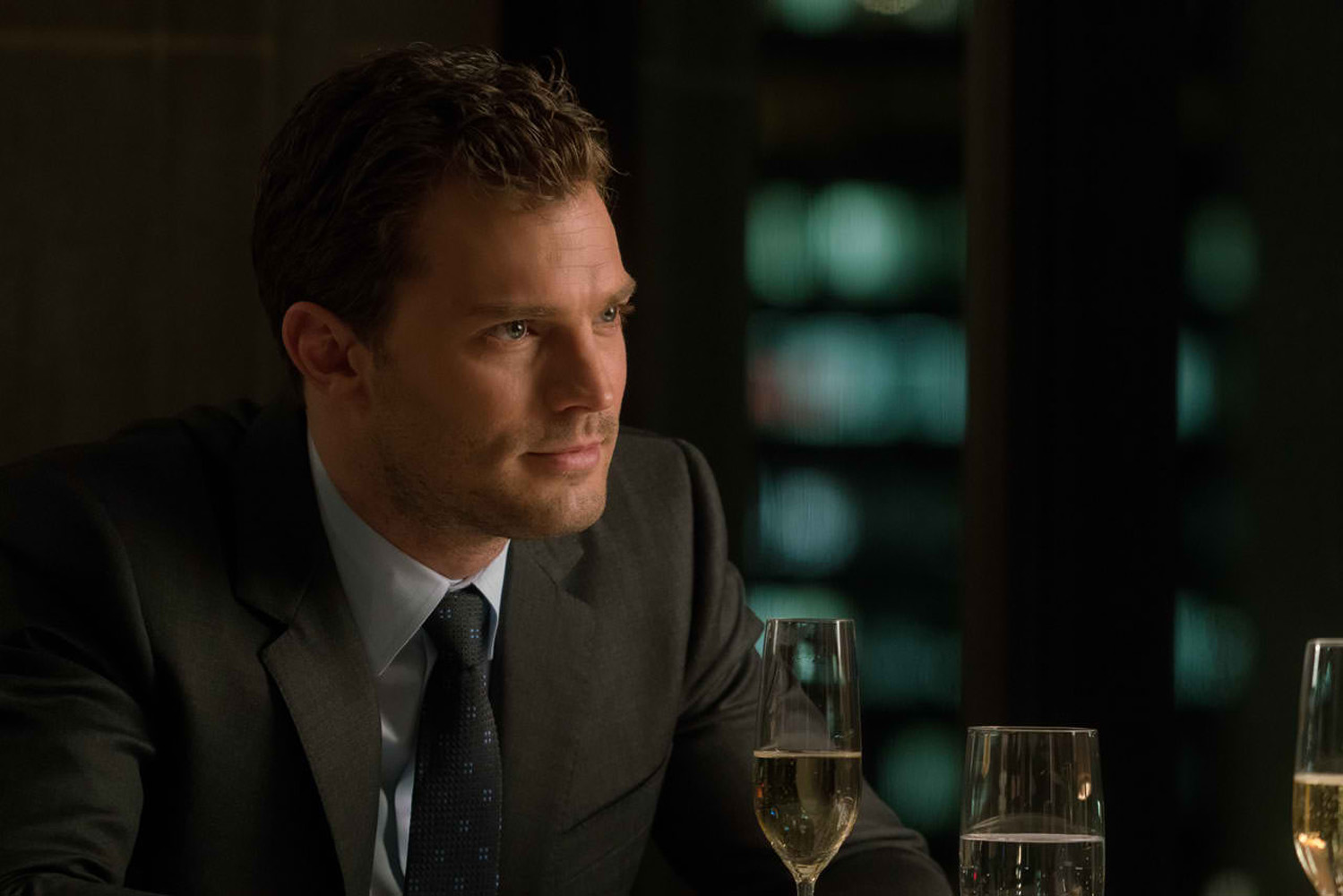 Johnson gives additional credit at being able to cover such rough terrain to the only other person on Earth who could know what she’s gone through. “I literally trust Jamie with my life,” she reflects. “He’s such an honorable, wonderful, hilarious and talented human. We’ve built our friendship around trusting each other. We got to know each other based around the fact that I needed him to be protective of me. I needed him to be able to tell when I was uncomfortable and would need to step in. Or when things were too heightened, too emotional and I couldn’t deal anymore, I needed him to be able to see that in my face and protect me in that way. We learned so much about each other, and I do trust him implicitly.”

Dornan returns the compliment, explaining that they are bonded for life: “We have a very natural, easy way with each other now, having been through the first movie and all the pressures and expectations associated with it. A great thing about Dakota is only she knows what I’m going through, and only I know what she’s going through. We both really needed each other through this process. There are days when it wasn’t easy, when a lot has been asked of us— particularly a lot has been asked of her, in terms of the physical stuff, and she was usually wearing less than I was. You need to have that person who understands and has been with it since day one with you.”

It was quite enjoyable for the two performers to expand the reach of what others believed the series was about. Discussing the advancing storylines in Darker, Dornan says, “a lot of people are basing an idea—that these books are purely about sex—on not really knowing the books, or just taking the buzz around the first book and going with it. Even acknowledging that sex is a major part of it, Darker takes on a whole different track—and that’s pleasing, as an actor. It’s nice knowing we’ve got two more films to develop the other aspects of the story and bring in what we didn’t have time to accomplish in the first. A lot more is asked of us, to be sure, but that’s been a fun aspect of it.”
As Christian opens up to Ana, we see he is carrying the traumas of his early childhood, which lends itself to why he struggles to relate to many people. He isn’t the most approachable of men, and he doesn’t know how to have a “normal” relationship, as much as he wants to. Still, he agrees to change for Ana’s sake. He wants to be the man she knows him to be, which is incredibly difficult for him, because of the horrors he endured in his childhood. As E L James reveals with the introduction of the dark Elena, all is not as it seems.

Christian’s biggest secret, with regard to his need to dominate and control his romantic partners, is that it stems from psychological scars that left him with a stigmatizing label: “It was suggested early on that he’s maybe a sadist,” explains Dornan. “There’s a scene in the Red Room where he says he isn’t—perhaps it was him being in total denial. But by this stage, I think he’s admitting there’s something wrong with him and that it’s beyond the boundaries. Being a dominant is one thing, but being a sadist is something that Ana is not okay with. Now, he needs to find that out about himself in order for him to change.”

Opening across the Philippines on February 8, “Fifty Shades Darker” is distributed by United International Pictures through Columbia Pictures.