Cinema’s funniest and most talented comedians team up for Columbia Pictures’ brave, new comedy “Sausage Party,” a recent No. 1 in the U.S.

Rated R-18 With No Cuts by the MTRCB, “Sausage Party” is about one sausage leading a group of supermarket products on a quest to discover the truth about their existence and what really happens when they become chosen to leave the grocery store. 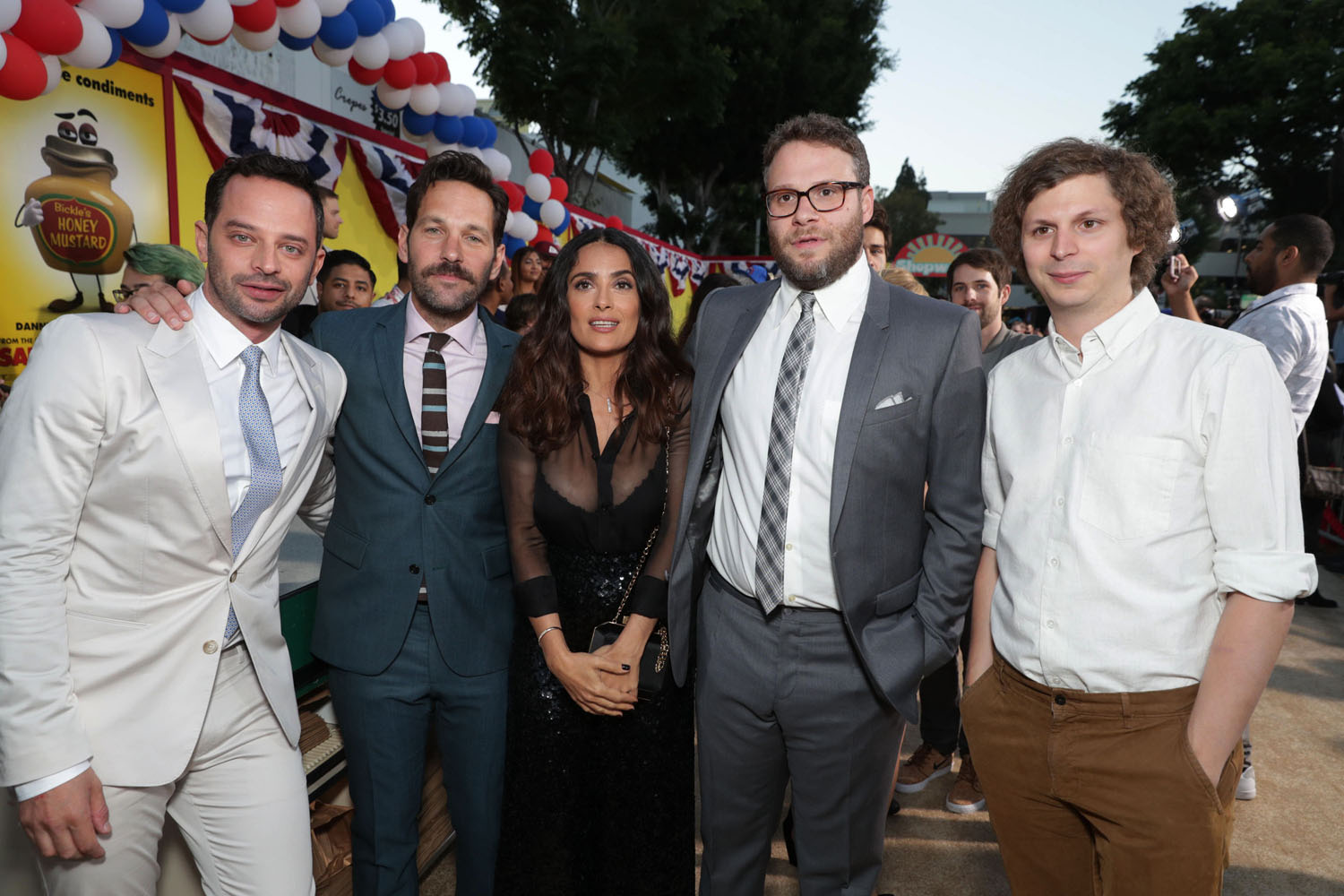 Frank leads the foods’ quest. “Frank is searching for the truth,” says producer Kyle Hunter. “All of the other sausages in his package believe that out of those doors is heaven, and he’s the only one who questions things. When he gets a nugget that something might be amiss, that’s where his journey begins.”

Kristen Wiig plays Brenda, Frank’s bun of his dreams. “We found the Brenda character during the first recording session,” says producer Ariel Shaffir. “We had the general idea, but as Kristen started riffing a bit, she started throwing in these cheesy jokes. That’s when we realized, oh, Brenda is a jokester, one who thinks she’s funnier than she really is. We went and rewrote the character based on what she had done, and she took a whole new shape. It was awesome.”

Frank’s journey is set in motion when Honey Mustard spills the beans on what really happens outside of the store. “Honey Mustard is a southern war veteran type,” says producer James Weaver. “Danny McBride just kills that part.” 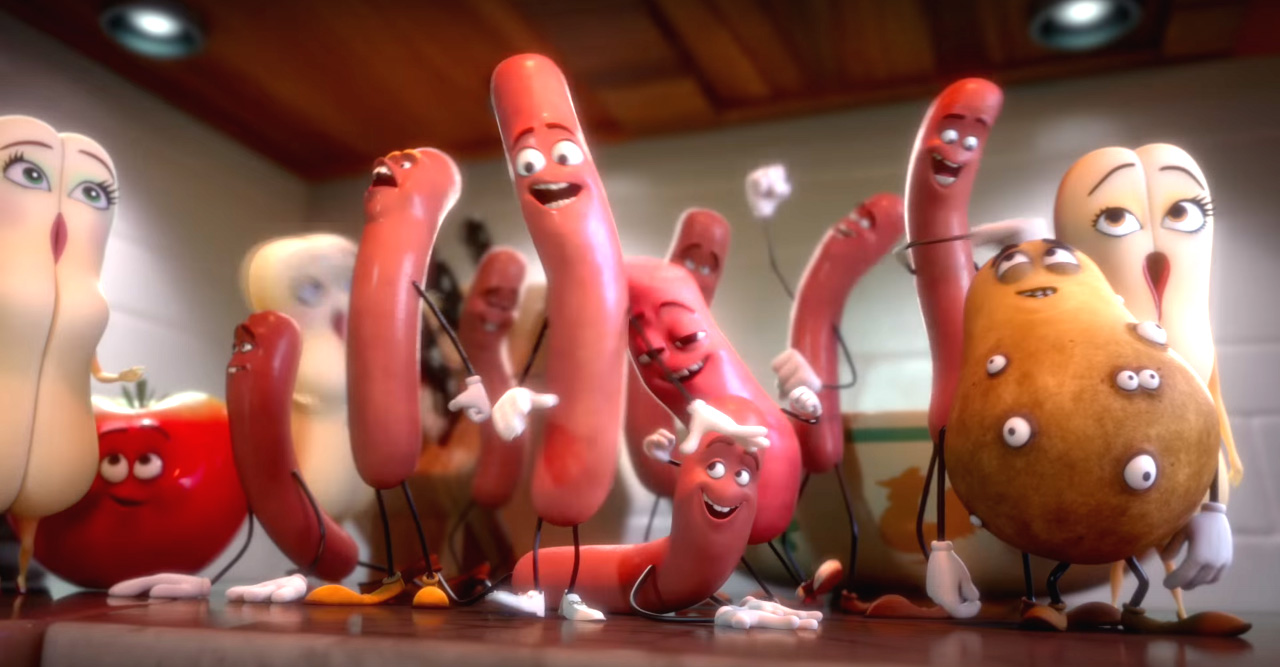 Cera, on the other hand, is Barry – “He transforms the most,” says Hunter. “He starts out meek and going with the flow, and through this journey finds his inner strength. He’s the one who gets outside the store and learns the truth in the worst possible way.”

Edward Norton plays Sammy Bagel, Jr., having called dibs on the role from the beginning and refusing to let anyone else be cast in the part. “Edward was one of the first people we ever told about the project, and he kind of lost his mind for it,” says screenwriter Evan Goldberg. “He became obsessed very quickly.”

Norton also acted as something of a casting director – according to Rogen and Goldberg, Norton was instrumental in bringing Salma Hayek on board. “We didn’t really know her at all – I’d been at a dinner with her once,” says Goldberg. “She came in and went as hard as anyone else. She was literally sweating in the booth from jumping around. You understand why she’s such a successful, awesome star – she gives it her all.” 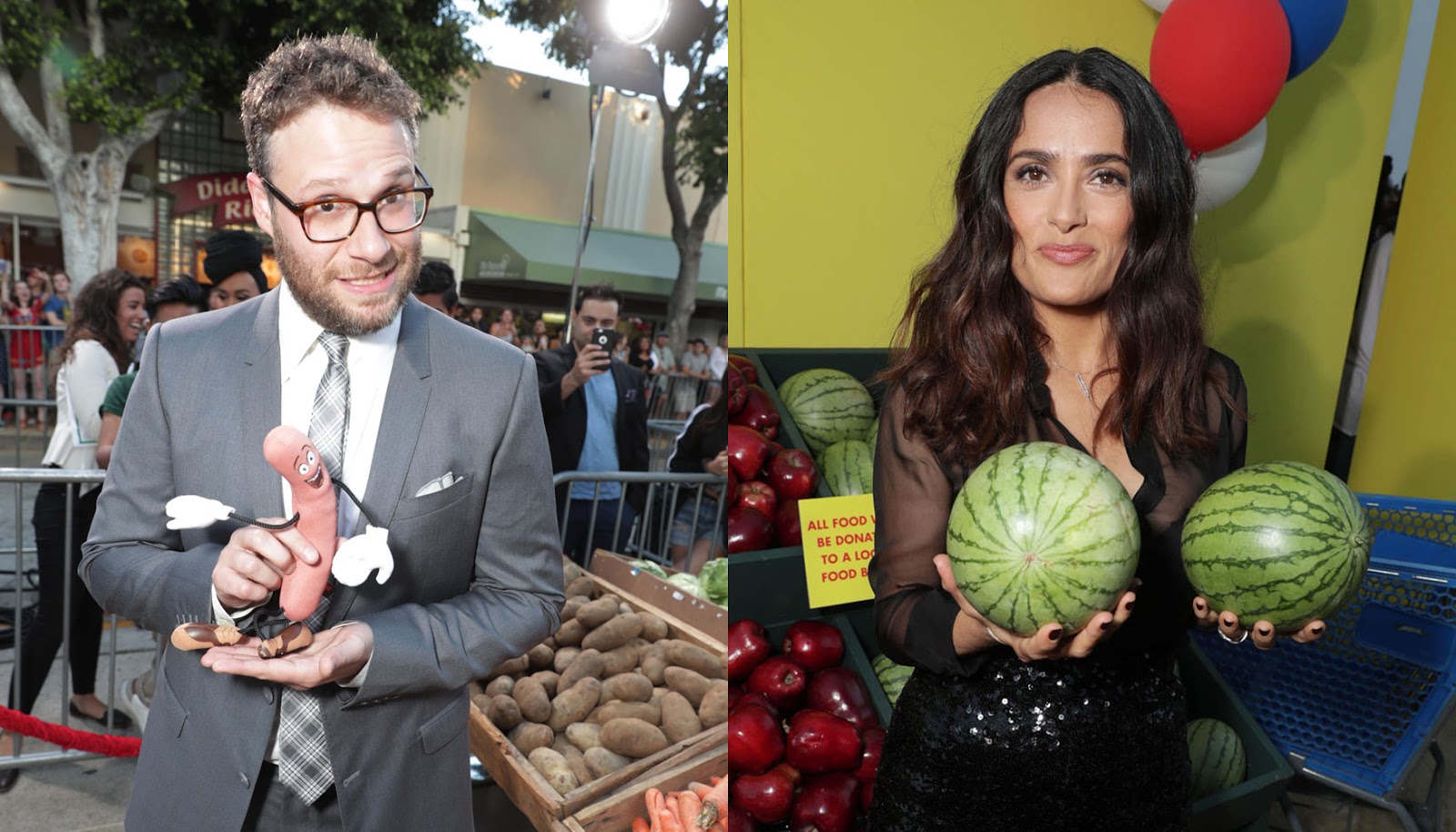 David Krumholtz plays Sammy’s nemesis of sorts, Lavash. “David Krumholtz has been attached to this project pretty much from the beginning,” says Hunter. “He formed this character with us for maybe six or seven years – he was in all the table reads we did. He’s wanted to play this role – he lived it. And he’s probably the funniest person I’ve ever seen in my life.”

Bill Hader, who has voiced film roles in countless animated features, takes on the role of Firewater. “He’s the master of this stuff,” says Goldberg. “It’s one of the weirdest characters ever,” says Seth Rogen, “and then the animators came up with all of the hand gestures.”

Finally, James Franco plays a human character, Druggie. “I think people will watch the movie and not know it’s him, the same way they don’t think it’s Edward Norton as a bagel,” says Hunter. “Franco was the first actor who recorded with us, and he’s just a madman. It really worked.”