“I’ll do anything with him,” Wilson affirms his admiration of Wan. “He has such a passion for filmmaking. James knows I demand the most of myself – that I’m not going to just walk through a scene; I’m going to push myself. I think that gives him energy as well. I think that’s one of the reasons I love working with him.

“The Conjuring 2,” with James Wan once again at the helm following the record-breaking success of “The Conjuring,” brings to the screen another real case from the files of renowned demonologists Ed (Wilson) and Lorraine Warren (Vera Farmiga). 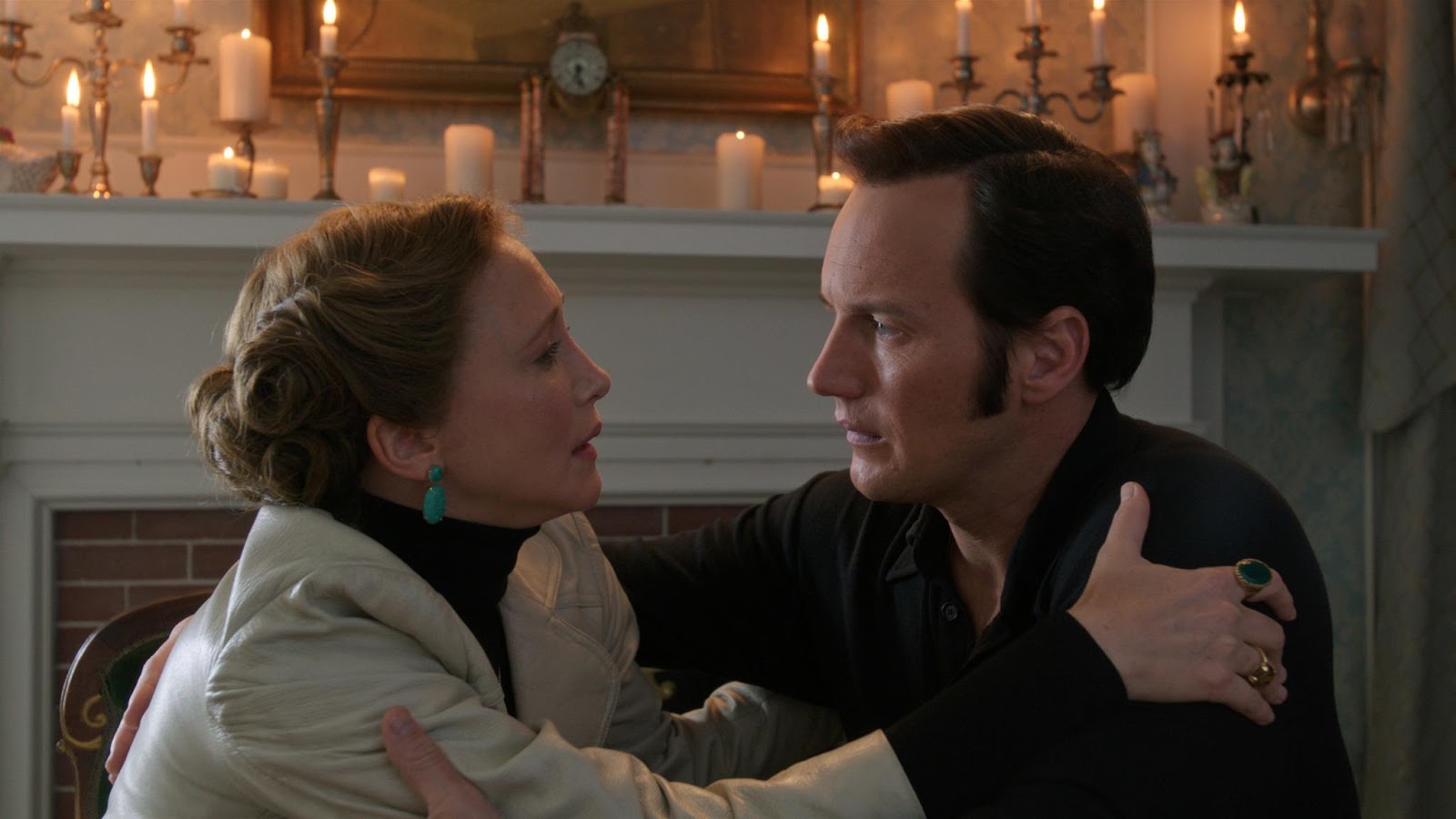 Wilson explains, “There was not one part of this story that felt like we were retreading old ground; we were pushing ourselves to do something different, while still giving the audience the elements that made the first film work, and that was really important to me.”

Farmiga and Wilson reprise their roles as Lorraine and Ed Warren, who, in one of their most terrifying paranormal investigations, travel to north London to help a single mother raising four children alone in a house plagued by malicious spirits.

Producer Peter Safran says, “Ed and Lorraine are truly a couple in love, two people who have found each other and are exactly right for each other…soulmates. That comes through in the writing, but even more in the way that Patrick and Vera play the characters; they give us the touchstone around which everything else revolves. Lorraine herself was on set during shooting and kept commenting on how they captured her relationship with Ed so perfectly.” 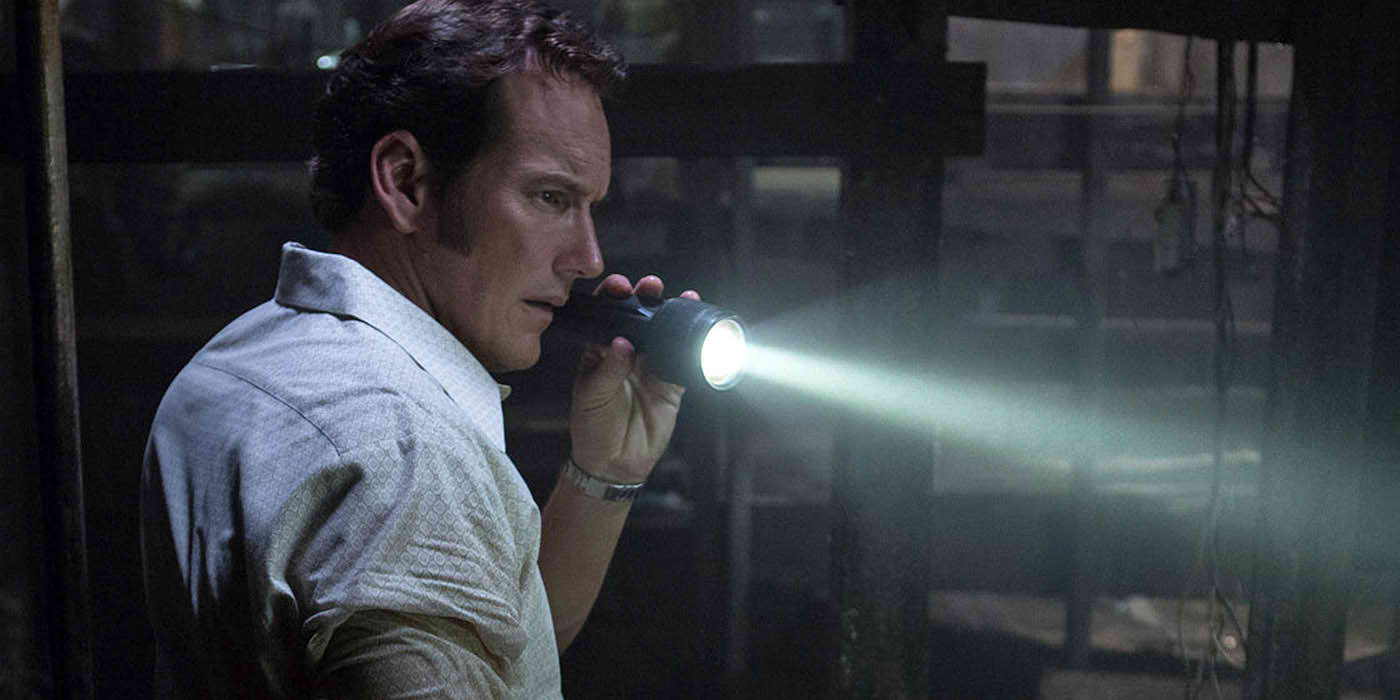 Though Wilson never got to meet Ed Warren, who passed away in 2006, the actor says, “I’ve been able to spend time with Lorraine so I know him through her eyes, and through Judy and Tony Spera, their daughter and son-in-law, as well as DVDs, audio recordings and so forth. On this one we were even more proactive about finding those character-defining moments in his life that we could put on screen.”

One such character trait found its way into the first scene Wan wrote for the film, which became known as the “Elvis scene,” a lighter moment in which Ed sings a song to the Hodgsons. Wilson explains, “Ed was a jokester and he loved to whistle, he loved music. Lorraine was happy I was going to sing in the movie because she said the spirit of Ed is there, he was always the first one to lighten the room. He would walk into a séance and say, ‘I’m hungry. Anybody got any milk and cookies?’”

The “Elvis scene” was just one of the differences Wilson appreciated about this film. “What I love about this case is that, from a dramatic point of view, we didn’t tread the same ground,” he says. “With any exorcism, you’re going to go with your Bible and crucifix, but Ed and Lorraine are dealing with something very different here, and that’s maybe not going to work. As an actor, it was interesting to play, it was a different beast. And even the humor, the romantic stuff, things that spin the genre around a bit…that was exciting to me.” 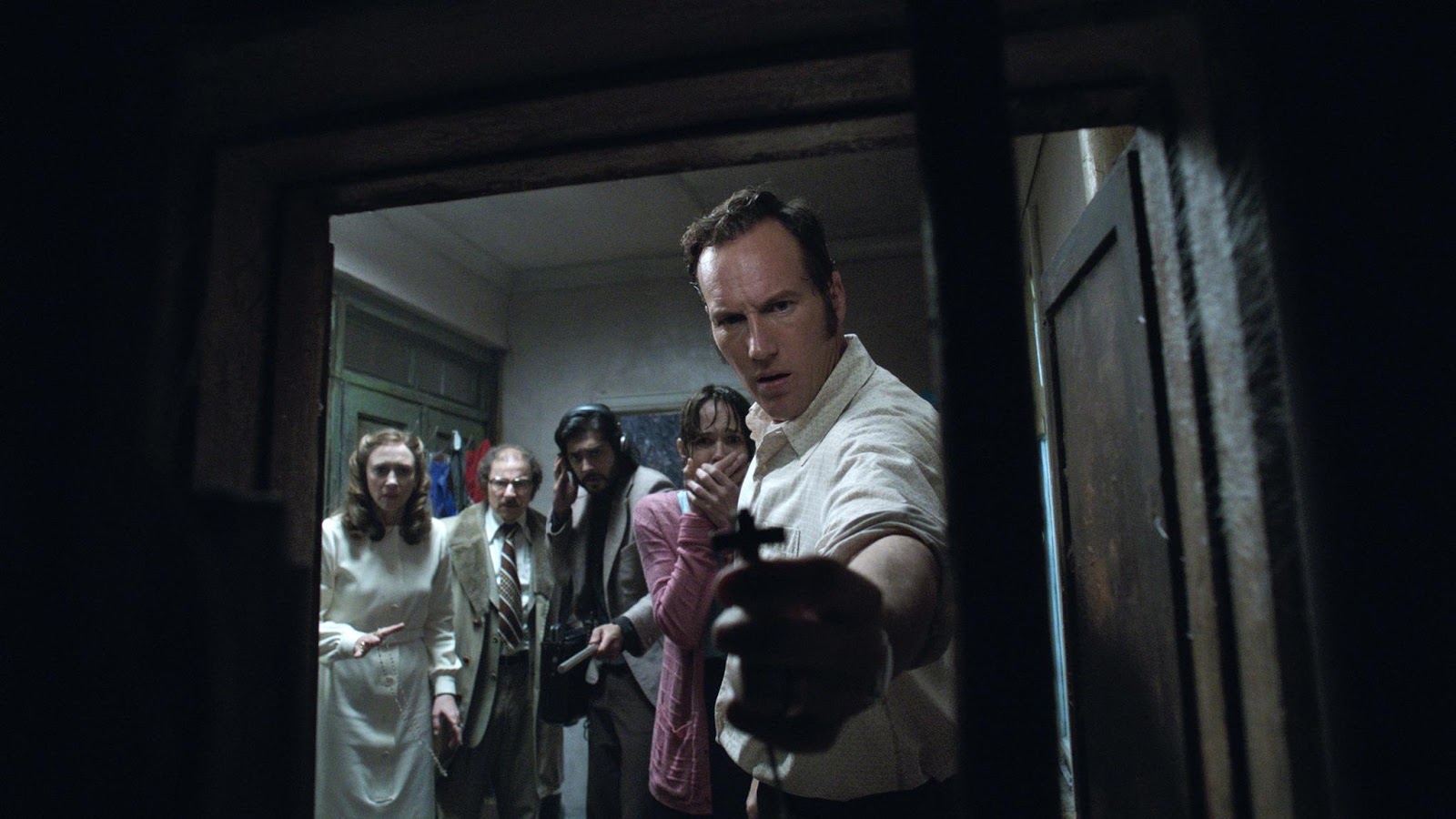 In the first “Conjuring,” Wilson’s character was the protective one, but Wan likes that the tables have turned for the second go-round. “Now it’s flipped, it is Lorraine who’s fearful and protective of what might happen to Ed, and I love their dynamic and the way Patrick plays this practical, almost fearless guy who’ll do anything to protect his wife and to help this family.”

And it just might take everything he’s got. The entity is a strong one; the Enfield case will take a good deal of work and leave quite a mark on both Ed and Lorraine, as well as the Hodgson family.

“The Conjuring 2” is a New Line Cinema presentation and is distributed by Warner Bros. Pictures, a Warner Bros. Entertainment Company.