ReZirb
Home Entertainment Tom Hanks In The Face Of Recession In “A Hologram For The...

Award-winning actor and filmmaker Tom Hanks stars in “A Hologram for the King” set in recession-ravaged 2010 as an American businessman named Alan Clay adapted from the book of the same title by acclaimed author Dave Eggers.

Hanks’ role in the movie is a broke, depressed and freshly divorced man who arrives in Jeddah, Saudi Arabia
to close what he hopes will be the deal of a lifetime. His mission: sell a state-ofthe-art holographic teleconferencing system to the Saudi government. Adrift and alone in an unfamiliar land, Alan befriends taxi driver Yousef (Alexander Black), who chauffeurs him through the desert to the “King’s Metropolis of Economy and Trade,” a surreal ghost town of vacant skyscrapers and half-completed construction projects. Baffled by the bureaucratic reception he gets at the so-called “Welcome Center,” Alan struggles to figure out why his small IT support team is being forced to spend its days in a sweltering tent as it preps for the big presentation. Worse, because of the Saudi way of doing business, he’s unclear if the king will ever show up for the long-scheduled meeting. 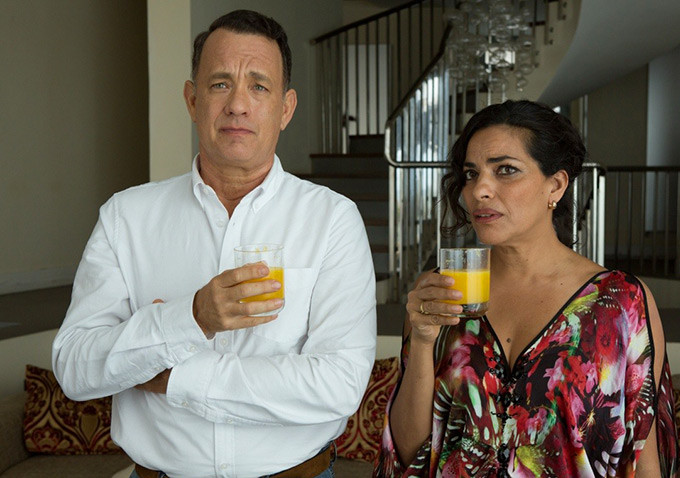 Clay arrives in Saudi Arabia without any prior knowledge of the place, other than his own cartoonish, stereotypical concept, according to Hanks. “Though he’s not a happy guy, when Alan tries to sell the upbeat nature of the 3-D hologram and rally his team, he becomes this other guy, the former Alan Clay, a man with energy and vibrancy. That’s where the comedy comes from.”

In addition to emphasizing the book’s humor, Tykwer bolstered the romantic elements as he translated Eggers’ story from page to screen. “The longer I worked on the script, the more profound the love story became because it connects to this whole third-act decision where the movie becomes a more optimistic tale,” Tykwer says. Alan is coaxed out of his funk by Zahra Hakem, an alluring, talented surgeon portrayed by London-born Sarita Choudhury. In her role as CIA Division Chief Saul Berenson’s long-suffering wife Mira on the Emmy-winning series “Homeland,” the half-Indian, half-English actress developed an avid following that included Hanks himself. “I remember seeing Sarita for the first time on ‘Homeland’ and thinking, ‘Alright, I don’t know who she is, but that woman is riveting. I don’t know where she comes from but I can’t take my eyes off her.” 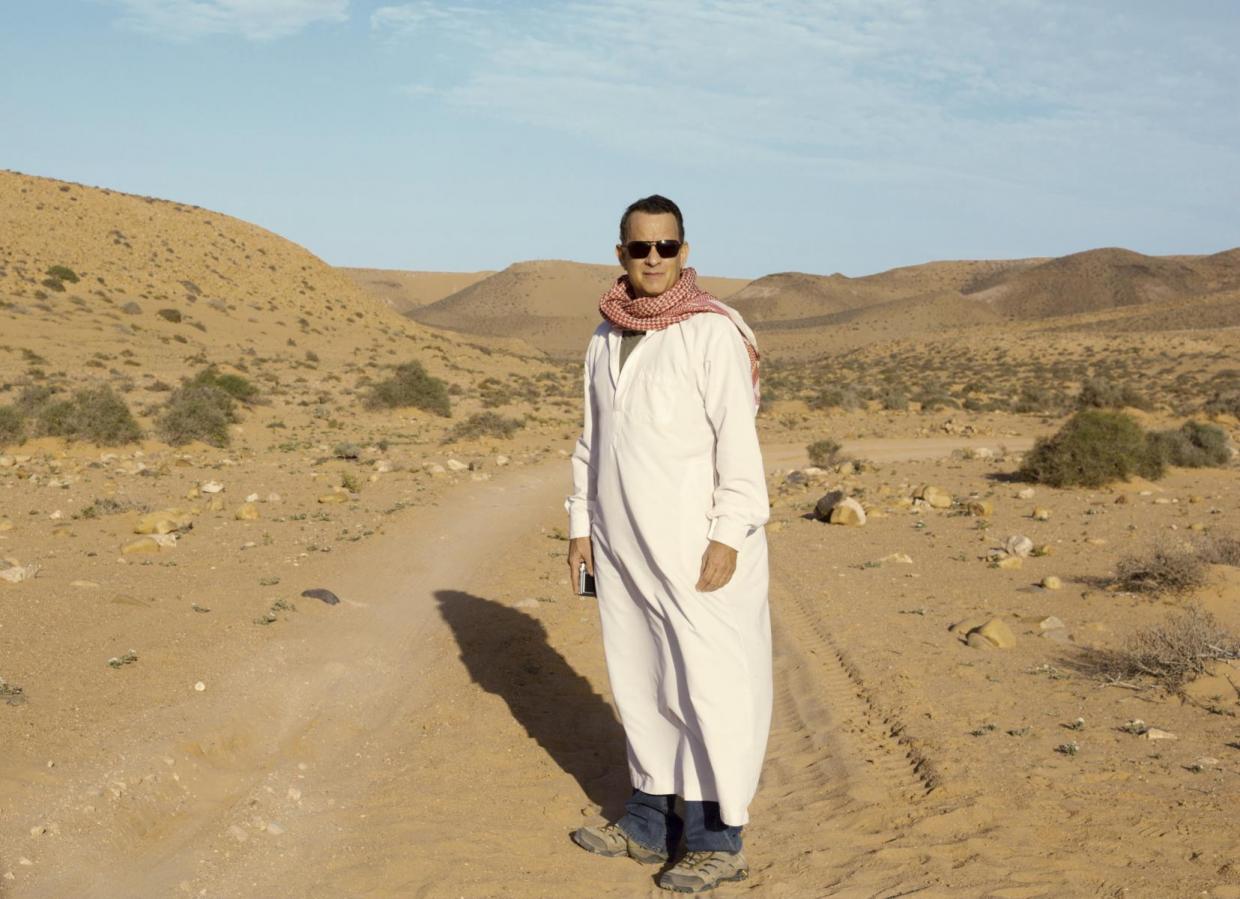 In Hollywood’s finest black-comedy tradition, “A Hologram for the King delivers laughs spiked with bittersweet undertones. “We’ve made a crisis comedy that points the finger at the fact that our economic structure is falling apart and the apocalypse seems to be looming just around the corner,” Tykwer says. “We use comedy as a tool to embrace tragedy like a balloon you stick with a needle so it explodes and the energy that comes out is cheerful. Despite all of
Alan’s problems, I hope this movie cheers people up.”

For Hanks, who’s earned iconic status and five Academy Award® nominations by playing regular, good-hearted Americans who triumph overhard luck circumstances, A Hologram for the King is the story of a man who stumbles upon an emotional and spiritual oasis after wandering in the desert. “Why make a movie about a guy where nothing ever works out for him? That might work fantastically as a piece of literature but as far as the cinema goes, the story requires this other thing — for want of a better word, let’s just call it hope.”

“A Hologram for the King” opens June 1 in cinemas from OctoArts Films International.

It’s Your Time To Shine! Be The Next Rising Star!

Chris Pratt Slays as Star-Lord in “Guardians of the Galaxy Vol....