Produced by hit movie makers, the upcoming romantic action comedy “Mr. Right” sees a hyperactive at the best of times, Martha (Anna Kendrick) has gone full-on manic since her latest breakup. She babbles, parties like a monster, cooks everything in sight — and is looking to do something terrible when she meets Francis (Sam Rockwell; “The Way Way Back”). To anyone else, Francis’s approach would come across as creepy, but Martha can’t help but be intrigued. They seem a perfect match: she’s bananas, he’s bananas… except he’s a deadly sort of bananas. He’s a professional assassin.

Francis is a hitman with a cause: he unexpectedly kills the people ordering the hits. Just as Martha begins to realize her new beau wasn’t joking when he said he had to step out for a moment to shoot someone, things start heating up for Francis. His services are solicited by a dubious client who’s being sought by an equally dubious FBI agent (Tim Roth; The Hateful Eight, Reservoir Dogs). As the bodies pile up, Martha needs to decide whether to flee or join in the mayhem. 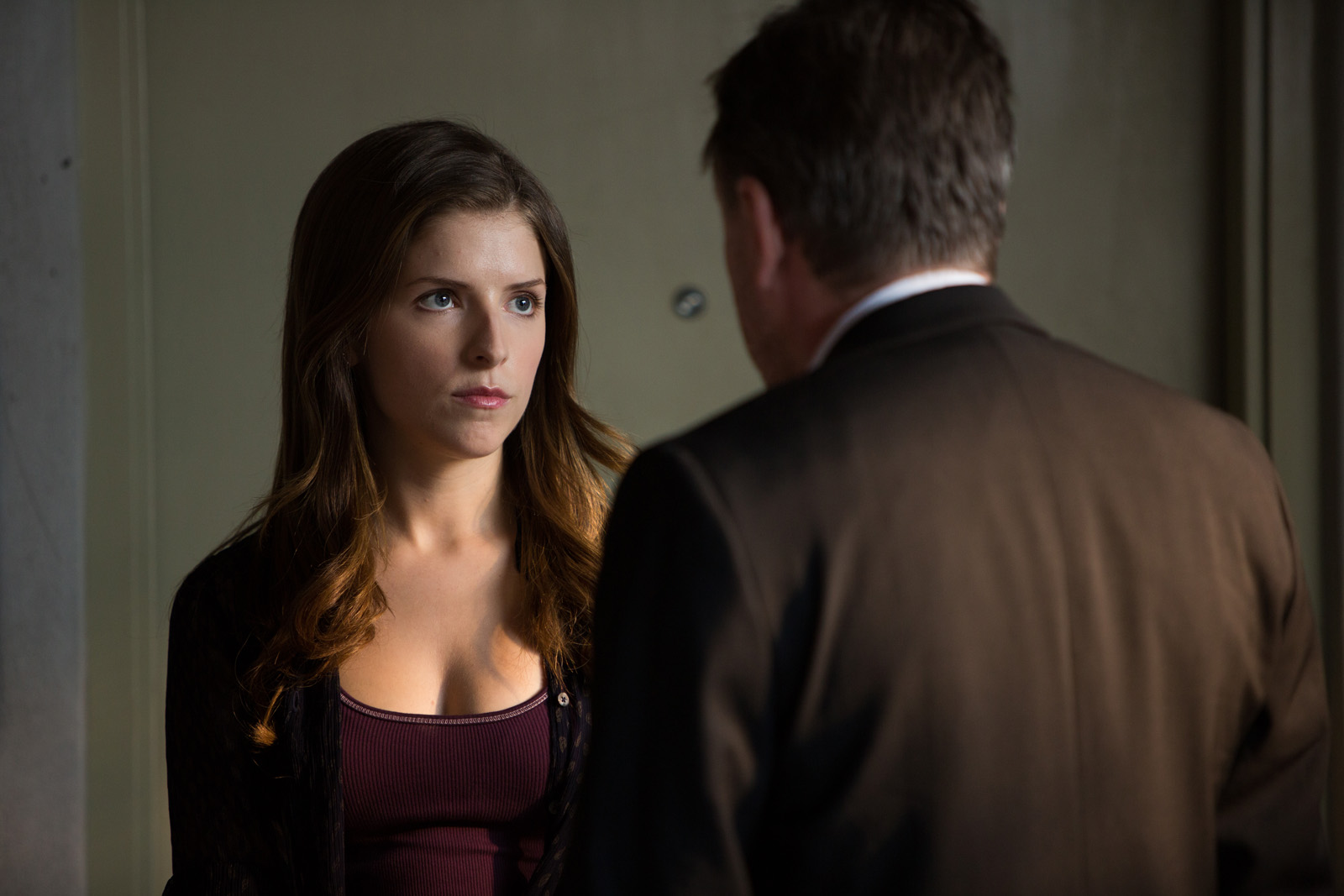 Several years before writer Max Landis’ mastery of offbeat storytelling became evident in “American Ultra,” “Victor Frankenstein” and the $122 million-grossing superhero hit “Chronicle,” he dreamed up an outrageous contribution to the rom-com canon in Mr. Right. When the dancing hitman high concept proved too challenging for mainstream Hollywood tastemakers, Circle of Confusion producers Rick Jacobs and Stephen Emery, who also manage Landis, decided to produce the script themselves.

“For all its fun and dynamics, Max’s story didn’t immediately catch the eyes of the studios, so that became an opportunity where Stephen and I decided to put the movie together organically,” Jacobs says. “The great thing about Mr. Right is, it’s got a little bit of everything — action, romance, comedy. The story doesn’t fit in one box, which can make it hard for some people, but for us it seemed like a really fun ride to jump on.”

Making sure Mr. Right featured all the right moves, stunt coordinator Kevin Beard joined forces with fight coordinator James Lew to design Rockwell’s eye-popping stunts. “Our challenge was to make all this action come alive,” says Beard, whose stunt resume includes Texas Chainsaw 3D and The Expendables “Before the shoot began we had a three and a half hour meeting with Paco where the big question was ‘How do you do a dance fight and not make it look stupid?’ He had us go back and take a look at Harold Lloyd and Charlie Chaplin movies from silent era. Once we started working out the moves, we came up with some cool stuff.”

“Mr. Right” opens in cinemas this April 6 from Pioneer Films. Check out the films’ trailer below.