Director Michael Bay’s new action-thriller, “13 Hours: The Secret Soldiers of Benghazi” was based on a real-life, controversial incident in Libya. Consulting the production were three of the actual participants in that tense battle, Kris “Tanto” Paronto, Mark “Oz” Geist and John “Tig” Tiegan.

At the time of the battle on September 11th, 2012, the three ex-military men were serving as CIA security contractors, the Global Response Staff (GRS). When the attack on the American diplomatic compound and the CIA annex in Benghazi took place – at which four men died, including a United States ambassador – it was these men who held their ground, as depicted in the new film.

The actors portraying them are Pablo Schreiber as Tanto, Max Martini as Oz and Dominic Furmusa as Tig.

Kris Paronto is a ex-Army Ranger, and left the service as an officer before doing the GRS contractor work. Mark Geist was a Marine, and went into law enforcement afterward, serving as a Chief of Police and child abuse investigator. John Tiegan was also a Marine, and co-authored the book “13 Hours” with Mitchell Zuckoff, which the film is based upon. The three recently sat down with selected press to discuss the issues surrounding the film, and their role on that fateful night.

Question: What is the weirdest part of seeing different people act as yourselves, and having a screenwriter put words into your mouths?

Kris “Tanto” Paranto: Having a screenwriter like Chuck Hogan was incredible. He worked with us and wanted to get it right. If we hadn’t been involved, then sure, it might have been weirder, but we were completely involved from the beginning to the end of the process. For me, getting to know the actor that played me [Pablo Schreiber] helped as well. We developed a relationship and became friends.

Mark “Oz” Geist: If there was something we were uncomfortable with in any element, we could let them know.

Q: When under fire in reality, fear is one element that cannot be processed absolutely when recreating an event under blanks bullets. How do you express to the actors the fear one feels when in situation like you were in?

John “Tig” Tiegen: There isn’t any fear…if you’re scared, you won’t go forward when you should. Your biggest fear is letting the guy down to your left and right. You’re always going to go forward.
Tanto: The concept in Marine and Ranger training is move forward as a team. Cohesiveness is important, and once you have built that you’ll live up to the expectations of the guys to your left and right. You challenge yourself to do better than that next guy. The only fear, as Tig said, is not being first.

Oz: Once you read the book or see the film, you won’t see fear, but you will see adrenalin. You use that adrenalin to move forward, and it’s an incredible and indescribable feeling. Bottom line, if you fear you are going to die, you will die. The cast captured that because they go to know us, and wanted to get it right.

Tanto: There is a great scene where they are coming onto the consulate, and the way they approach it from the standpoint of what actually happened is spot on. It demonstrates the teamwork, cohesiveness and the drive to move forward. 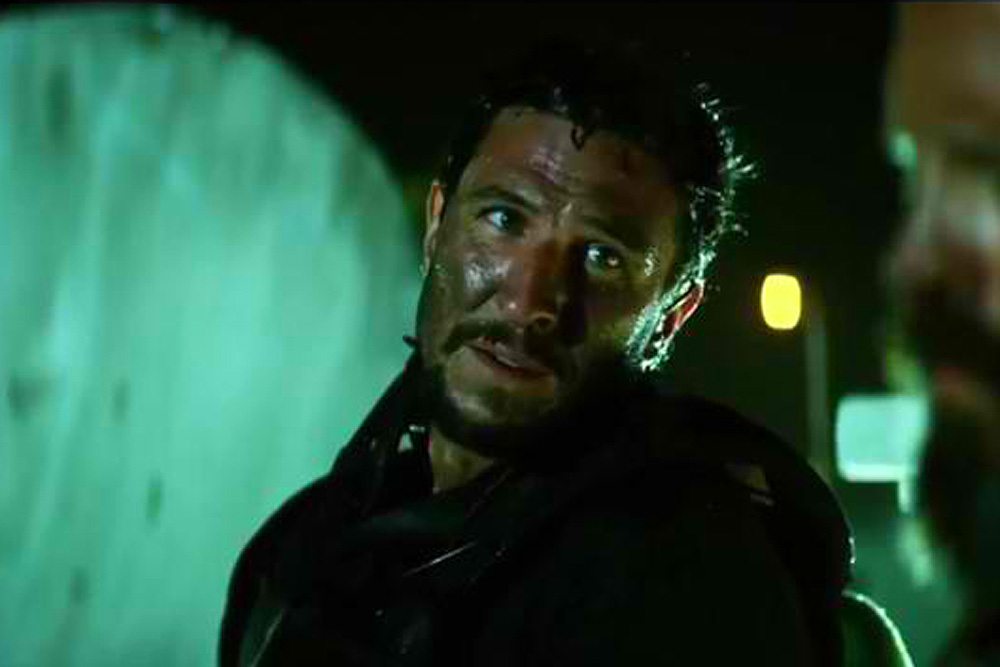 Q: We live in a different age than the war films from the WW2 generation, and even the moral ambiguities of the Vietnam films. What should we know about the incident in Benghazi, before we see the film?

Oz: The positive take away is that there are still guys who are willing to sacrifice themselves, and there are still guys out there who have the mental toughness and the intestinal fortitude to move forward. Even if their superiors tell them don’t, they still want to act. That is the definition of a patriot, and that has never changed. I feel like I can’t let the guys down that came before me from World War II, Vietnam and all the other wars. The psyche of the soldier in battle, I believe, has not changed. Only the orders are different. 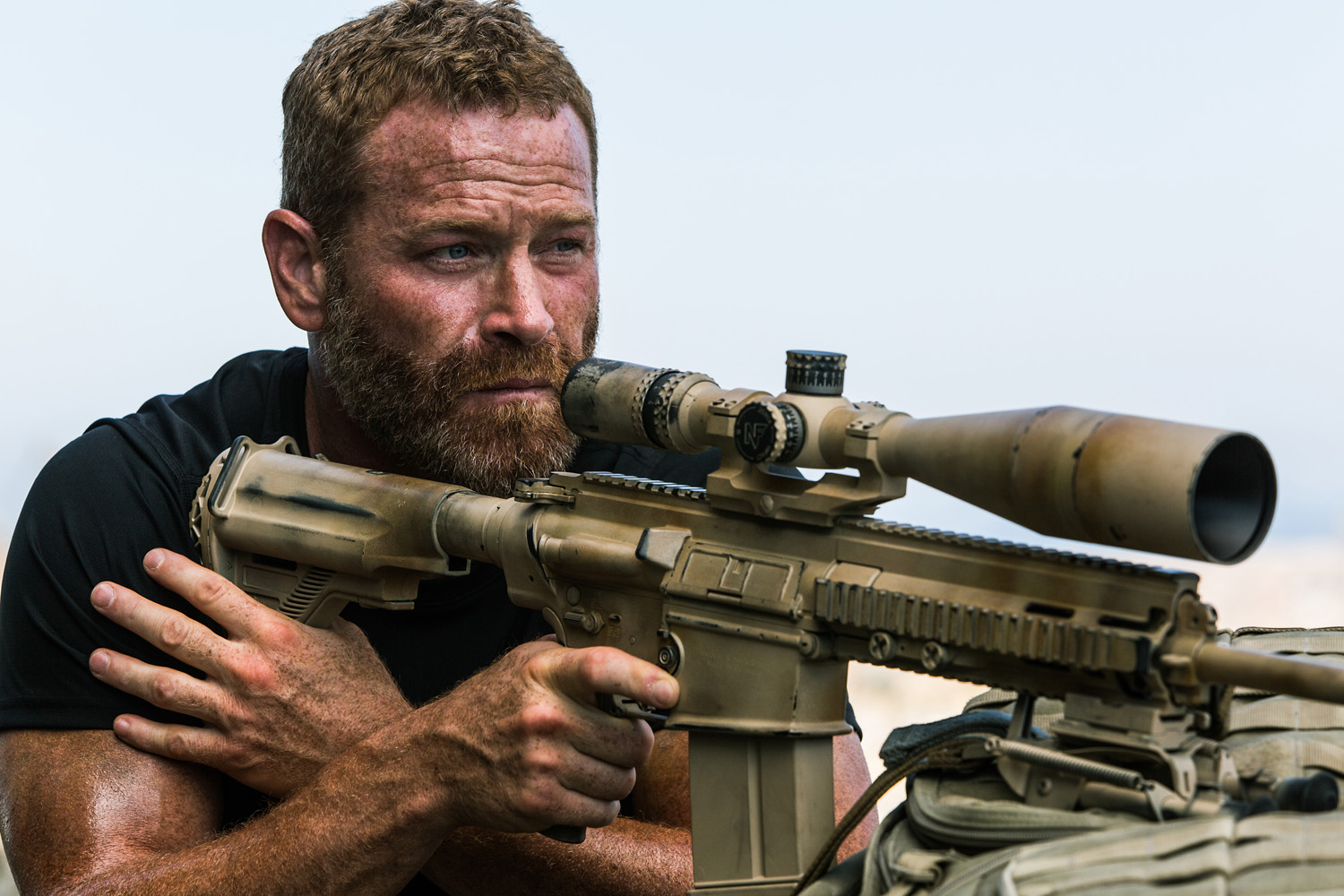 Q: Since all of your boot camp and Ranger training is so difficult, are their any stories of just how tough it is, that you can relate to civilians?

Tig: Watching the airplanes take off while I was sitting in the barracks. [laughs] I’m serious, that sucked. I was a ‘Hollywood’ Marine because I was at the west coast boot camp, which was right outside the San Diego airport.

Tanto: Ranger School isn’t as bad. At one point, we had a drill called Space Invaders. You go back to the barracks and dress in your armor, and take a trash can lid. Then everybody threw beer bottles at you, and taunted you to quit.

Oz: My uncle went to Marine boot camp in 1958, so that was my expectation of it. The hardest thing is learning to work with others, everybody and anybody. That is the one plus side to the military, it’s the diversity you encounter, dealing with everybody in every type of situation. We put up the walls and barriers in regular society, in the military it’s about diversity and the understanding of each other.

“13 Hours: The Secret Soldiers of Benghazi” is now showing across the Philippines and is distributed by United International Pictures through Columbia Pictures.