Director Rich Moore agrees saying, “Everyone in this incredible cast is bringing something special, something unexpected to their characters, which really takes our story to a whole new level.”

In the film, officer Judy Hopps (voice of Ginnifer Goodwin), the very first bunny on Zootopia’s police force, jumps at the opportunity to crack her first case—even if it means partnering with fast-talking, scam-artist fox Nick Wilde (voice of Jason Bateman) to solve the mystery. 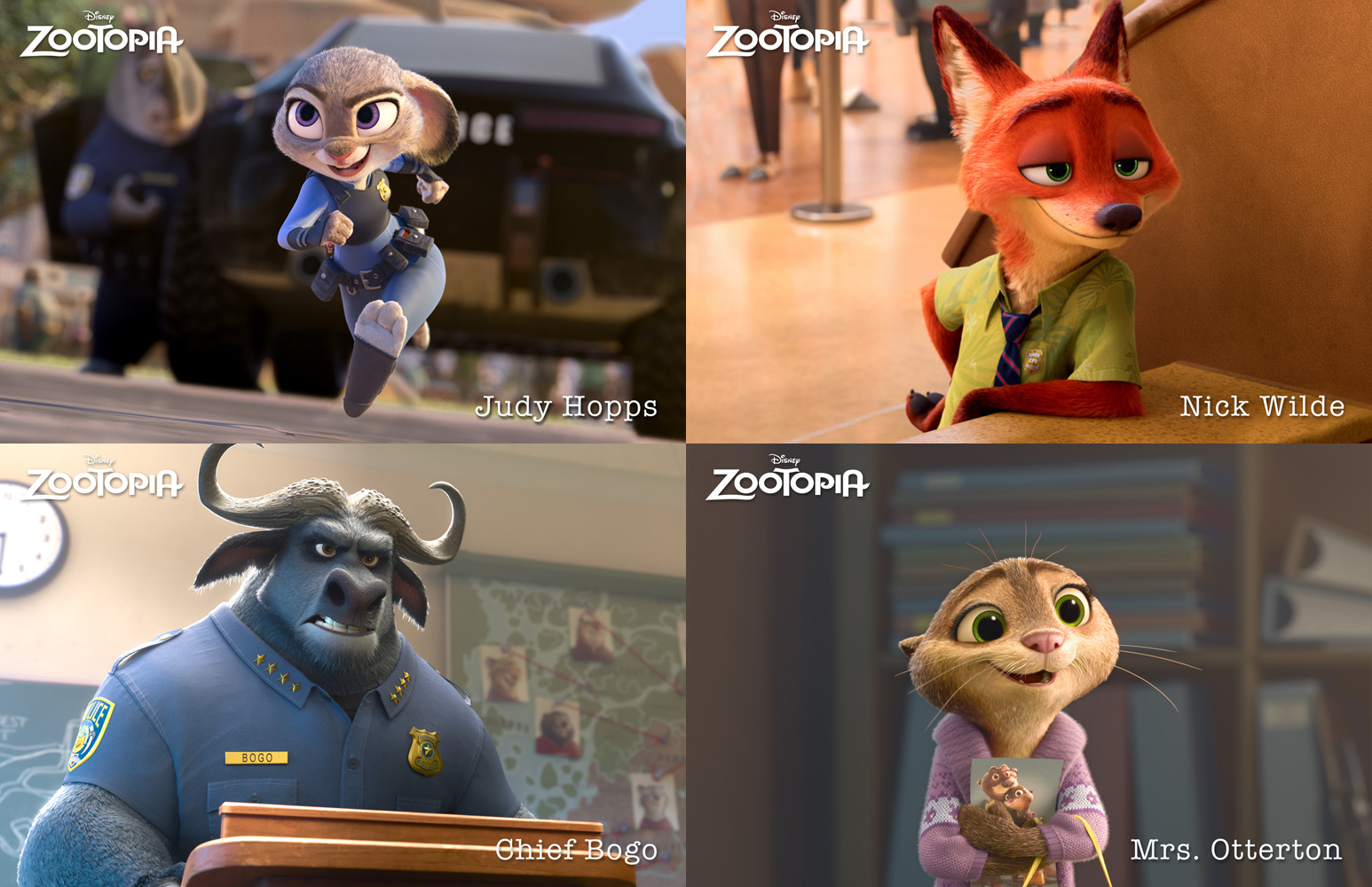 Joining Judy Hopps and Nick Wilde is an assembly of unique characters that will surely become future fan favorites.

Chief Bogo (Idris Elba), a cape buffalo and the stern (yet goofy) head of the Zootopia Police Department. He is reluctant to add Judy Hopps to his squad of hardened rhinos, elephants and hippos. 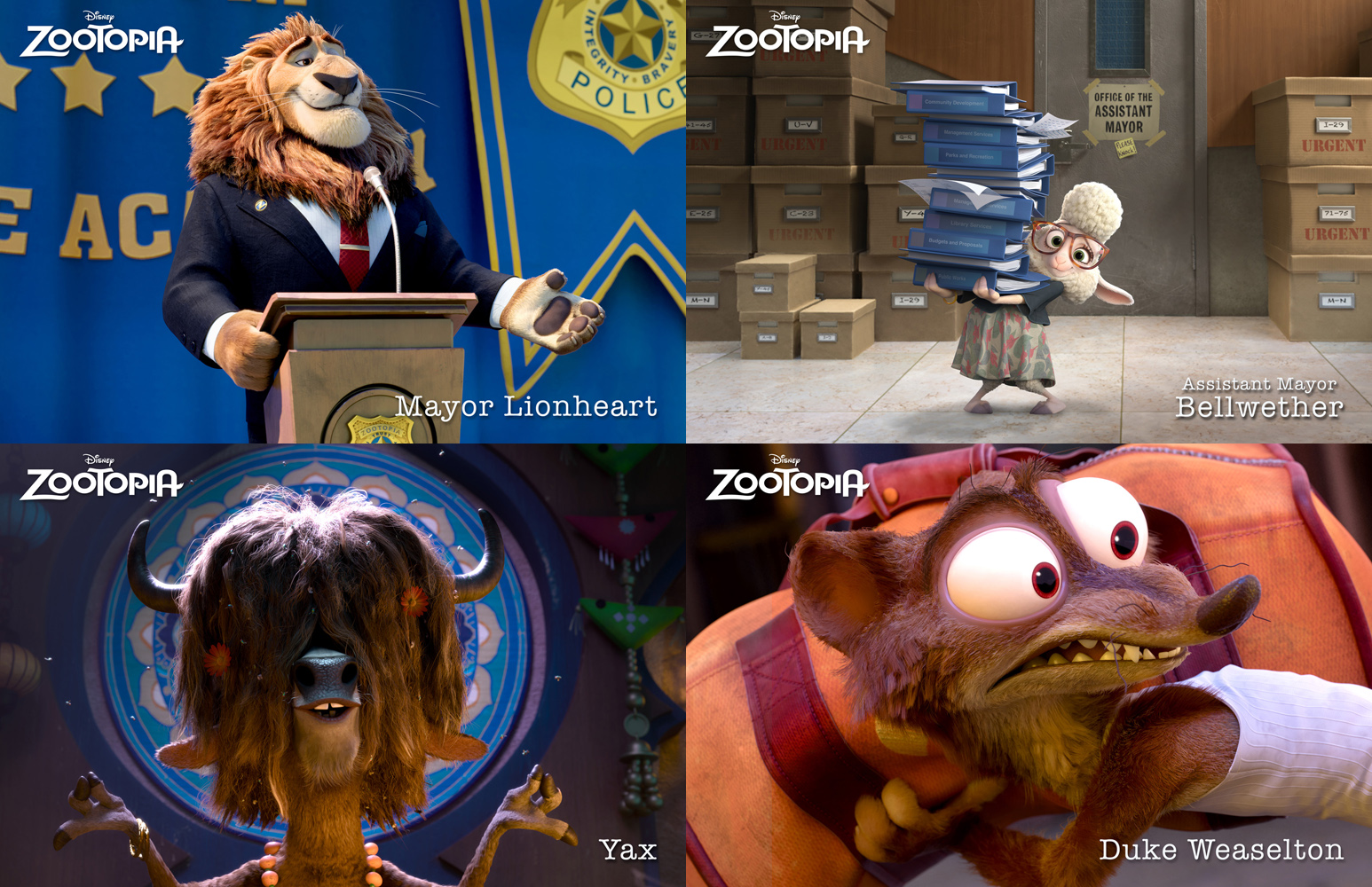 Leodore Lionheart (J.K. Simmons), a lion and the noble mayor of Zootopia who coined the city’s mantra that Judy Hopps lives by: “In Zootopia, anyone can be anything.”

Assistant Mayor Bellwether (Jenny Slate), a sweet sheep with a little voice and a lot of wool, who constantly finds herself under the foot of the larger-than-life Mayor Lionheart.

Duke Weaselton (Alan Tudyk), a small-time weasel crook with a big-time weasel mouth, who tries to give Judy the slip during a police chase.

Yax the Yak (Tommy Chong), the most enlightened, laid-back bovine in Zootopia. When Judy Hopps is on a case, Yax is full of revealing insights. 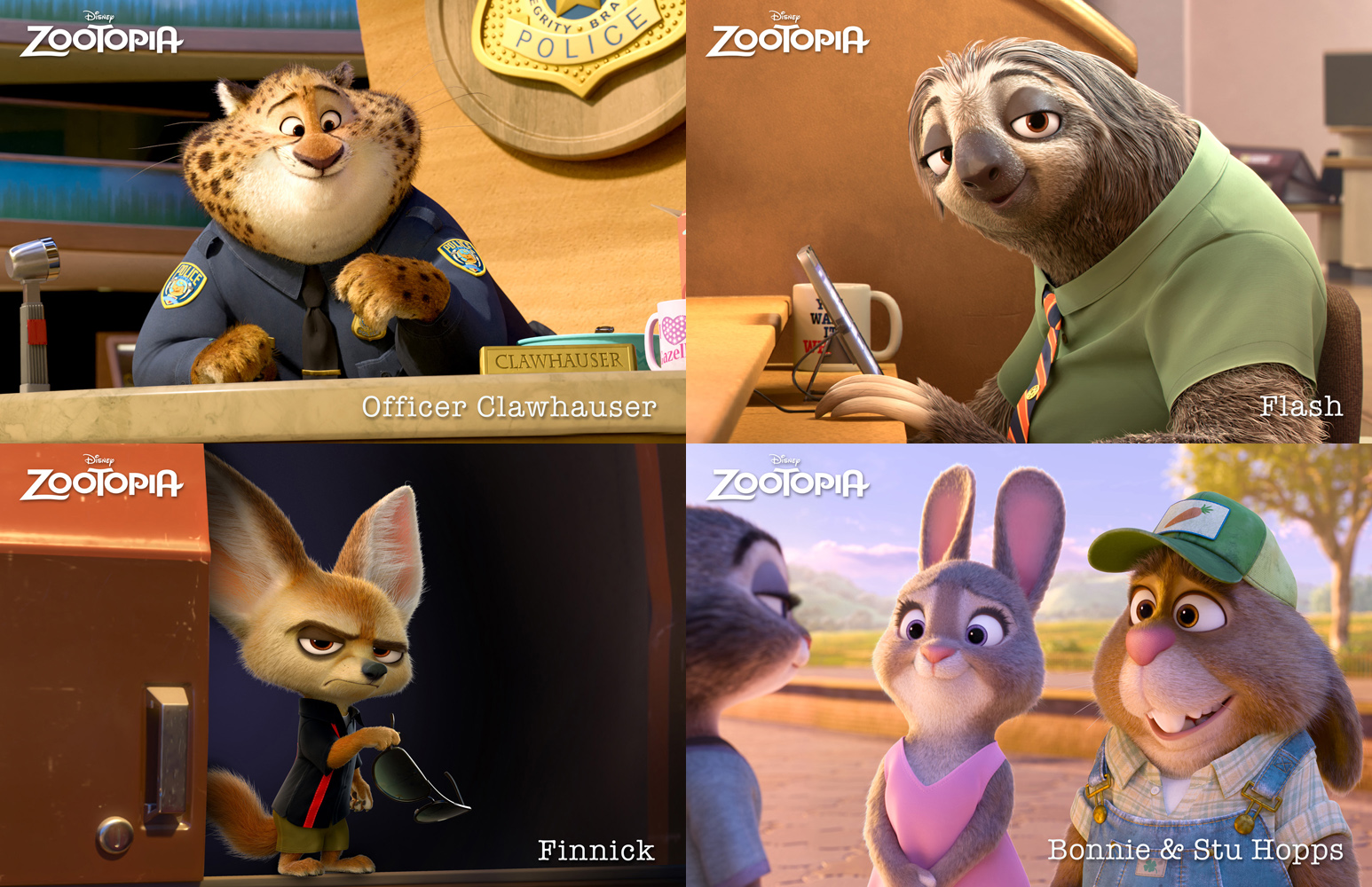 Benjamin Clawhauser (Nate Torrence), Zootopia Police Department’s most charming cheetah who loves two things: pop star Gazelle (Shakira) and donuts. From his reception desk, he greets everyone with a warm smile and a helpful paw—covered in sprinkles.

Flash (Raymond Persi), the fastest sloth who works at the DMV (that’s Department of Mammal Vehicles).

Finnick (Tommy Lister), a fennec fox with a big chip on his adorable shoulder.

Sienna Miller, Married to the Mob in “Live by Night”