From the imagination of Charles M. Schulz and the creators of the Ice Age films, “Snoopy and Charlie Brown The Peanuts Movie” is at its core, about everyday anxieties we encounter while growing up, going to school, and dealing with the perceptions people have about one another. “We took that theme and changed the overall tone of the movie, which resulted in a stronger message, one that both adults and children can relate to,” says Craig Schulz, son of Charles.

The universal appeal of all Peanuts characters—encompassing Charlie Brown’s eternal underdog status, Linus’ heart, Franklin’s philosophy, Marcie’s introspection, Lucy’s crabbiness, Sally’s unrequited affection for her Sweet Babboo Linus, and Snoopy’s many personas— is the reason the strip and its characters have remained relevant as Peanuts celebrates its 65th anniversary with a big screen debut and casting the right young actors would be crucial to the film’s success. 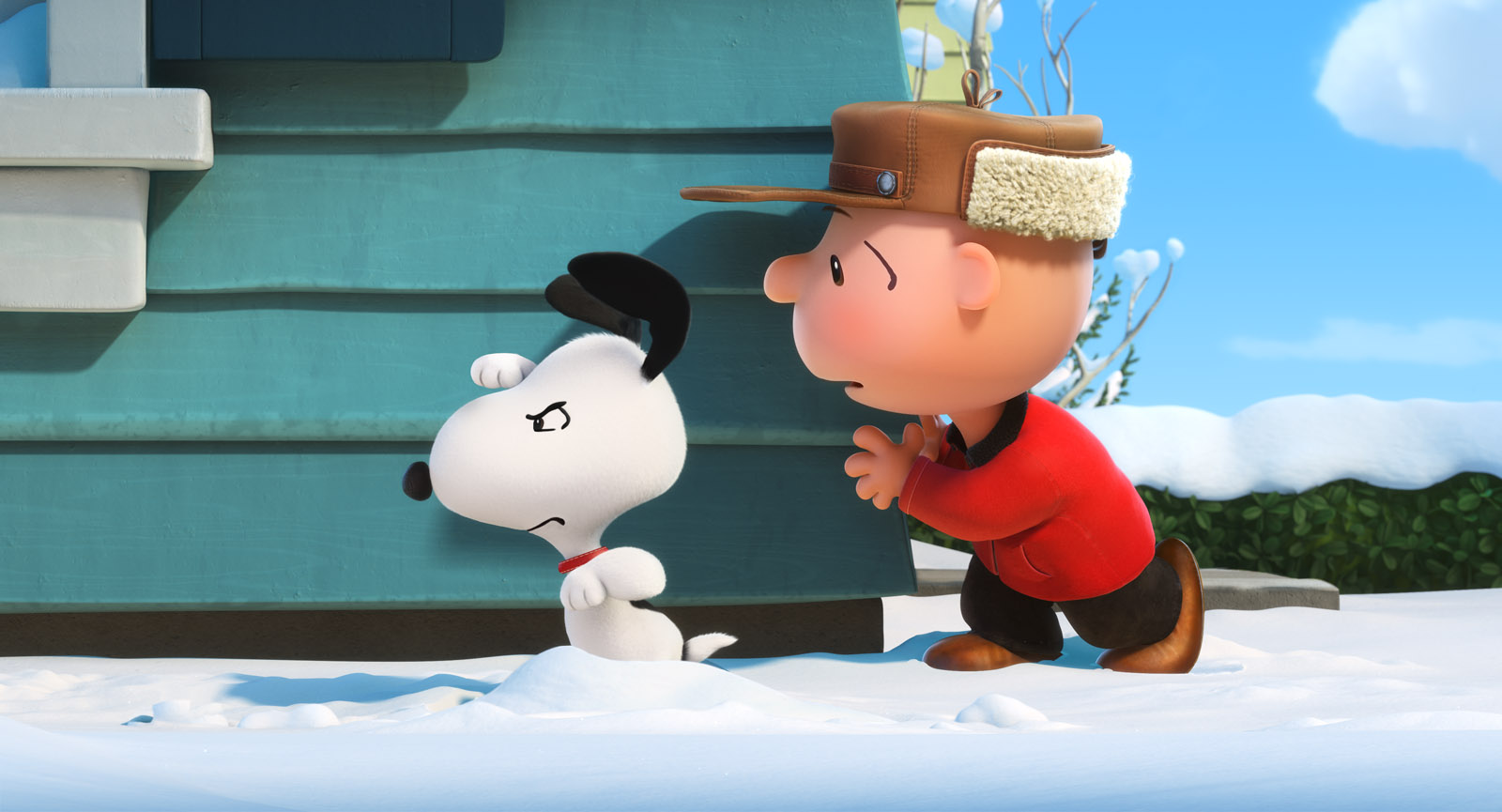 After an exhausting search, Martino found his Charlie Brown in ten-year-old, Scarsdale, New York resident Noah Schnapp. “Noah has a great voice for Charlie Brown, but also has a similar temperament to the character,” says director Steve Martino. “That allowed us to rely on his natural tendencies and it really felt like Charlie Brown.”

Alex Garfin voices Linus who is nominated for an Annie Awards for his work in the movie. Casting the voice of Linus led to several sleepless nights for Martino. “Linus was my favorite voice from the original Peanuts specials and was the voice I was most worried about casting,” he recalls. “Linus had this wonderful natural lisp. It was never overdone but it felt so ‘real.’ Eleven- year-old Alex Garfin, from New York, landed the role. “In our story, Linus is that steady, supportive friend for Charlie Brown,” says Martino, “and like Noah does with Charlie Brown, Alex has a temperament that feels like Linus.” 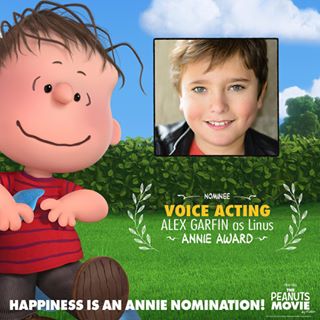 Likewise, Hadley Miller who voices Lucy is also nominated for her voice acting at the upcoming Annie Awards. It takes a confident actress to play Lucy, and Martino found that in ten-year-old Huntington Beach, California native Hadley Miller. But rest assured, Hadley does not have the disposition of her crabby, bossy counterpart, Lucy. “Hadley has this sweet, well-mannered personality and I wondered if she could play the bold, brash side of Lucy,” says the director. But that concern was alleviated when Hadley stepped into the recording booth. 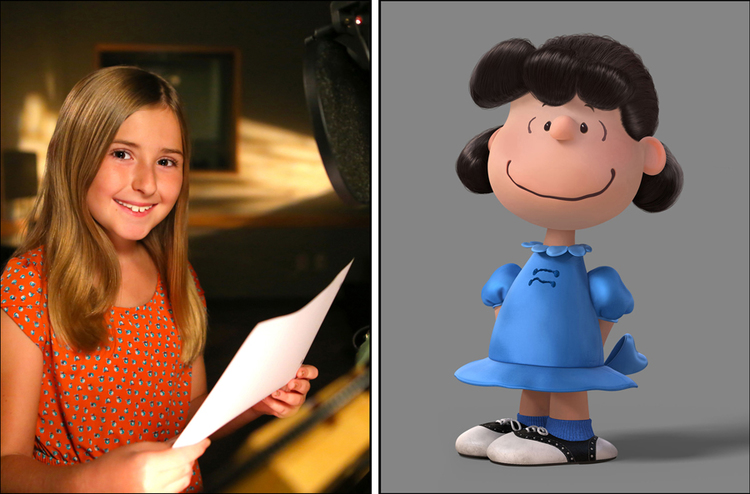 Although the Little Red-Haired Girl has only a few lines, she is an undeniable force in the story, as Charlie Brown’s major crush. “It was important that her voice have both sincere and sweet qualities,” says Martino. Ten-year-old Francesca Capaldi, best known for work on the Disney Channel TV show “Dog with a Blog,” takes on the role. 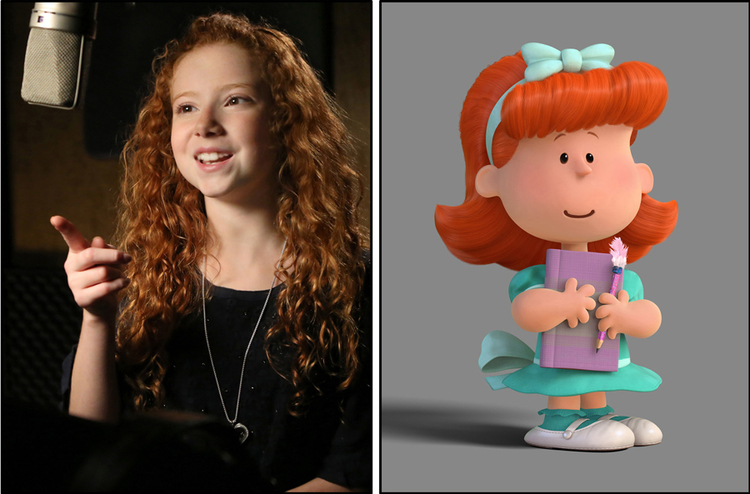 Early in the recording process, Craig Schulz attended a voice session of Mariel Sheets, the young actress who portrays Sally Brown. Sheets had no idea who Schulz was, and during a break, Schulz recalls how she rattled off lines from the Christmas and Halloween specials, beat for beat, with perfect pacing. “She was phenomenal,” he praises. 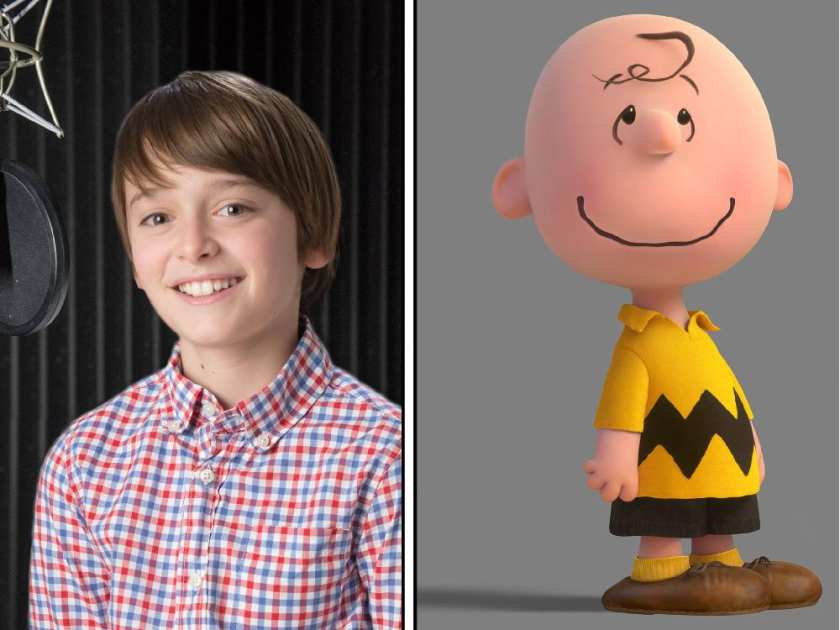 “The great thing about working with kids is that they have extraordinary imaginations,” says Martino. “Given that they are acting in an empty room, and with no costumes, set, or props, they have only our ability to paint a picture in their minds of the scene they are playing.”

Snoopy’s love interest, Fifi, presented another voice casting challenge. They found their Fifi in Tony and Emmy award winner Kristin Chenoweth. Chenoweth won a Tony and Drama Desk awards in 1999 for her portrayal of Sally Brown in the musical “You’re a Good Man, Charlie Brown.”

“Snoopy and Charlie Brown The Peanuts Movie (3D)” will open January 8 from 20th Century Fox to be distributed by Warner Bros.

Lip Sync Battle Is On