“Krampus” writer-director Michael Dougherty has long taken an interest in the delightfully dark and subversive. From his breakout feature, 2007’s “Trick ’r Treat,” which began as a small release and has grown to attract a rabid cult following, to his unexpected research into the origins of the winter solstice, the filmmaker has discovered that the dark side of pop culture and folklore is often much more fascinating than the humdrum stories we’ve been told.

Dougherty explains that it was about 15 years ago that he was introduced to the dark side of December’s beloved holiday: “The same way that Americans send out Christmas cards, Europeans have this rich tradition of sending out Krampus cards. I was shown these beautiful illustrations of this creature called Krampus, who stole children, and images of people cowering in fear. Still, they had such a fun, mischievous quality, similar to our Halloween. I found that appealing because it made Christmas more enjoyable to know that there was this dark, mischievous side to the holiday that Americans didn’t have yet. It was lurking in the shadows waiting to be rediscovered.”

The more he explored, the more Dougherty realized how intricate the cloven-hooved demon’s history actually is. He states: “One theory is that Krampus goes back to the roots of the holiday itself, which go all the way back to pagan history. Before it was Christmas, it was the winter solstice. It was closer in tone and style to Halloween, in that it was more debaucherous and more of an outlet for our pent-up frustrations. When Christians rolled in and took over, they saw how much people liked the solstice celebration, and so they co-opted it and parked Christmas on top of it.” He pauses. “There are theories that Santa Claus was even created as an antidote to Krampus.” 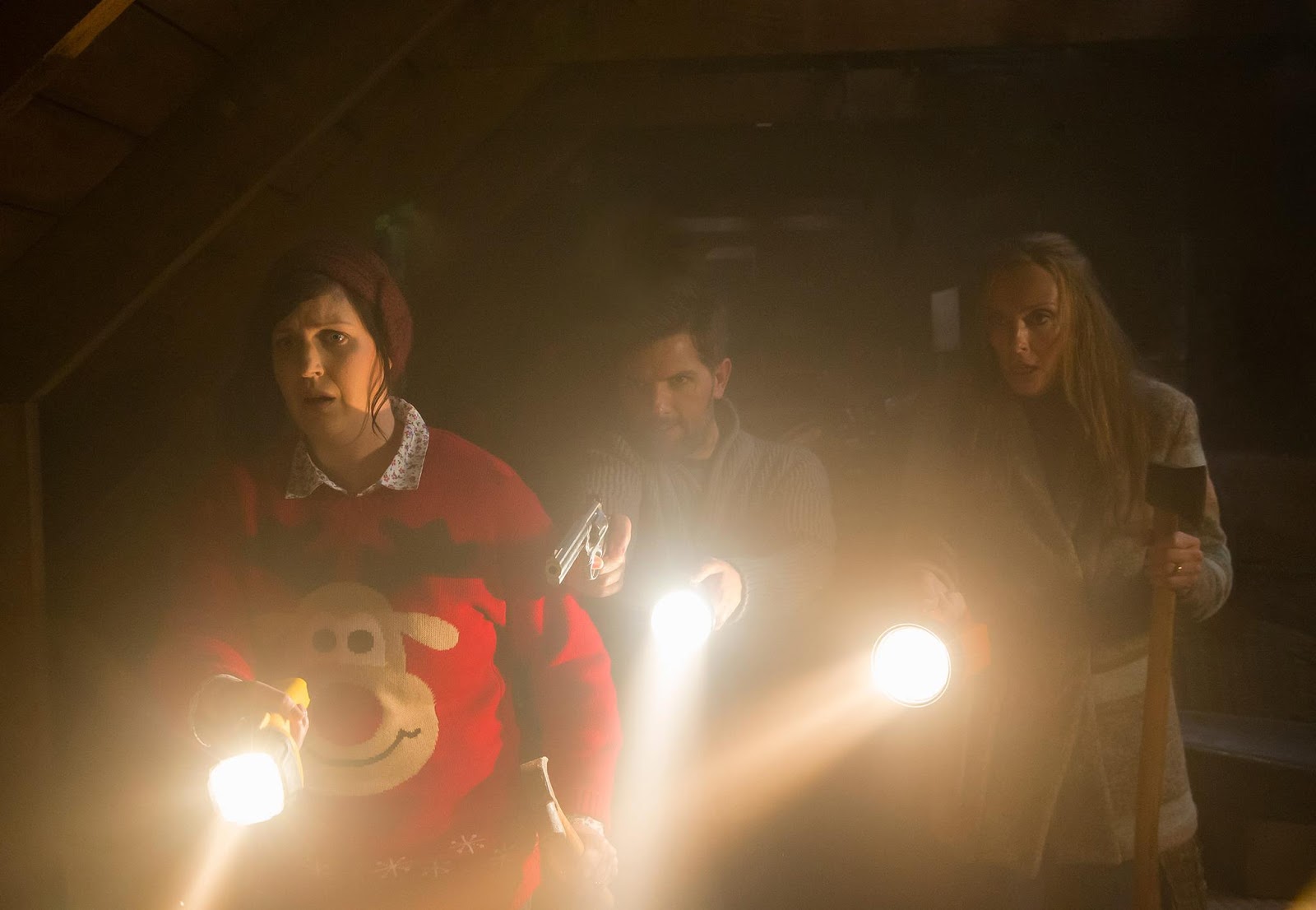 For the filmmaker, Santa’s dark shadow seemed to stay top of mind. “He just kept coming into my consciousness,” says Dougherty. “In the past few years, they discussed Krampus on `The League’ and `American Dad.’ He showed up on `The Colbert Report.’ It was like this indie band that people were passing around, and it just felt like the right time. So I worked with a couple friends, Todd Casey and Zach Shields, on the script for quite a while. We fine-tuned it until it felt just right, and the timing now feels very fortuitous.”

Producer Alex Garcia, who has worked with Dougherty since their days together on “X-Men 2” and “Trick ’r Treat,” was in love with the universe that the writing partners imagined. He says: “Todd, Zach and Michael created this incredibly genuine and fun backdrop for Krampus’ coming-out party for modern audiences. They set the story in a seemingly everyday world with very real and relatable characters. Max’s family has come to represent everything that’s wrong with how we celebrate Christmas: the over-commercialization, the inordinate pressure for perfection, and the holiday’s stressed and frenetic nature. When they break the last straw and nearly stamp out Max’s belief, they bring forth the wrath of Krampus, and all comic hell breaks loose.”

With the support of his fellow producers, Dougherty aims for a balance of comedy with thrills in his movies. “If you look at the Krampus myth and the history of the character, there is something quite loveable and likeable about him,” he reflects. “Therefore, it wouldn’t feel right to make a film that was overly intense, gory or extreme. There’s the comedy aspect of our story, the horror, obviously—and it’s full of monsters and scares and suspense—but there is also a very heavy dose of dark fairytale and fantasy to it. My whole career, I’ve been trying to bring that mischievous quality to movies, the kind I missed from the ’80s. I hope we’ve achieved that with Krampus.”