Warner Bros. Pictures’ new satirical comedy “Our Brand is Crisis” starring Sandra Bullock takes a timely look at the high-stakes gamesmanship behind the scenes of a presidential campaign, seen through the eyes and actions of the strategists-for-hire who are pulling the strings. The film could not have come at a timelier moment for the Philippines which is currently in the maelstrom of election madness.

Bringing audiences into the belly of the beast with a fictional story as relevant as today’s news cycle, “Our Brand is Crisis” explores the often outrageous and unconscionable lengths to which some people will go in their competitive zeal to get the job done and cross the finish line ahead of the other guy. 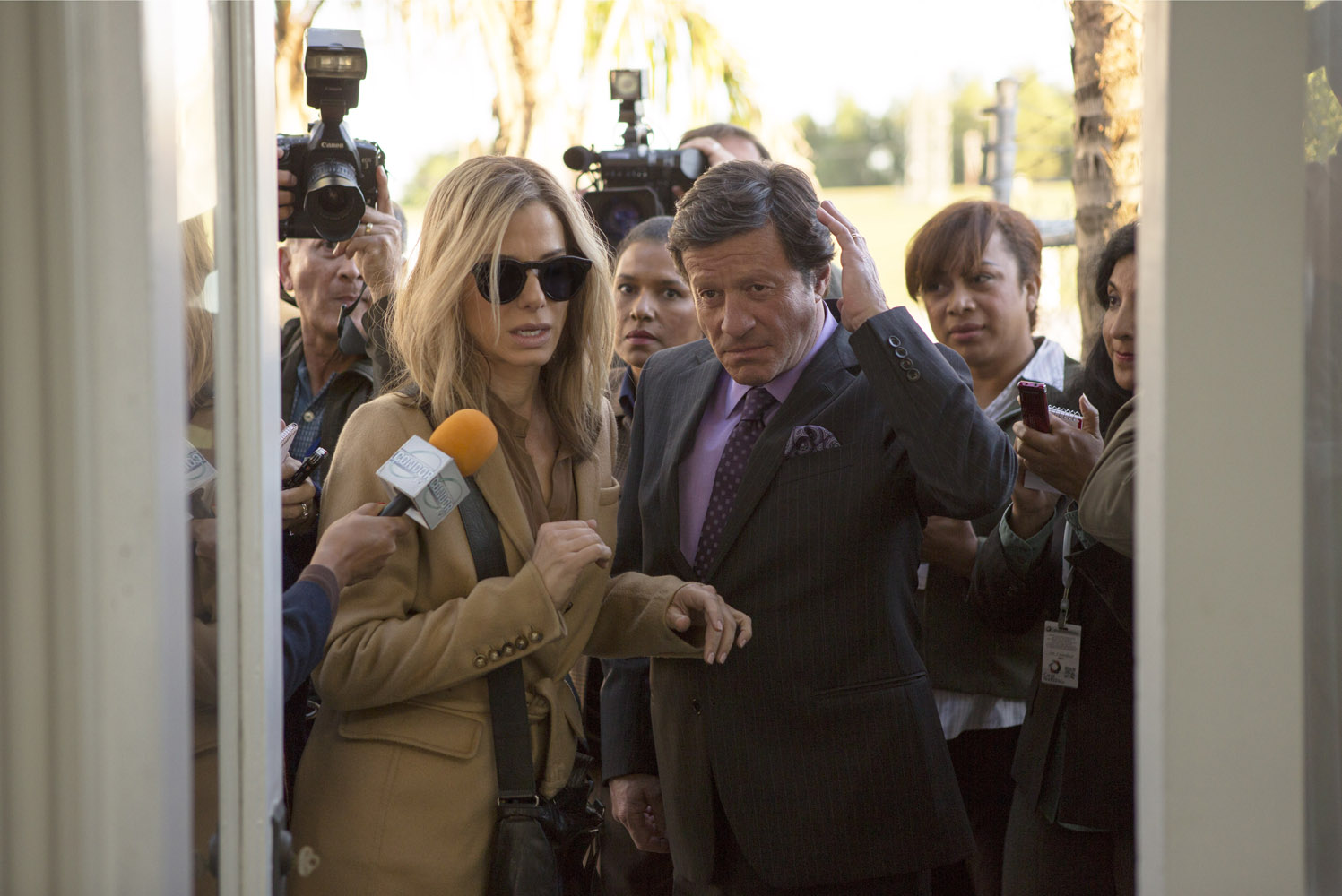 “So much of politics and the election process is absurd, from big business to the media circus, the sound bites and the haircuts,” says director David Gordon Green. Addressing some of the film’s tonal facets, he adds, “Politics has become entertainment and marketing. That’s where the movie has some fun and a sense of humor, in exposing that absurdity, which gives the story its energy and momentum even as the characters are facing some difficult issues that we definitely don’t tiptoe around.”

It was Green’s gift for keeping that kind of balance in play that led the producers to enlist him for the project, citing his success not only with irreverent comedies like “Pineapple Express” and the acclaimed HBO comedy/drama “Eastbound and Down,” but for what producer Grant Heslov calls “character driven films about big ideas.”

Heslov, who produced “Our Brand is Crisis” in tandem with his Smokehouse Pictures partner George Clooney, goes on to acknowledge, “This isn’t a partisan thing. You can stand on either side and see it; the crazy amount of money involved and the B.S. that goes on. It’s something that has always interested us, the idea of winning at whatever cost.”

As the story opens, the infamous campaign fixer Jane Bodine (Sandra Bullock) is in seclusion, following a tragically unsuccessful run that left her more shattered than she can admit. She’s not quite ready to return to the fray when a former associate comes knocking in hopes that Jane can help turn things around for a hugely unpopular presidential candidate in Bolivia, named Castillo. She declines. But when Jane learns that her bitter rival Pat Candy has been hired by the opposing party, her competitive nature kicks in. Having lost to Pat more than once before, this could be her chance to even the score. 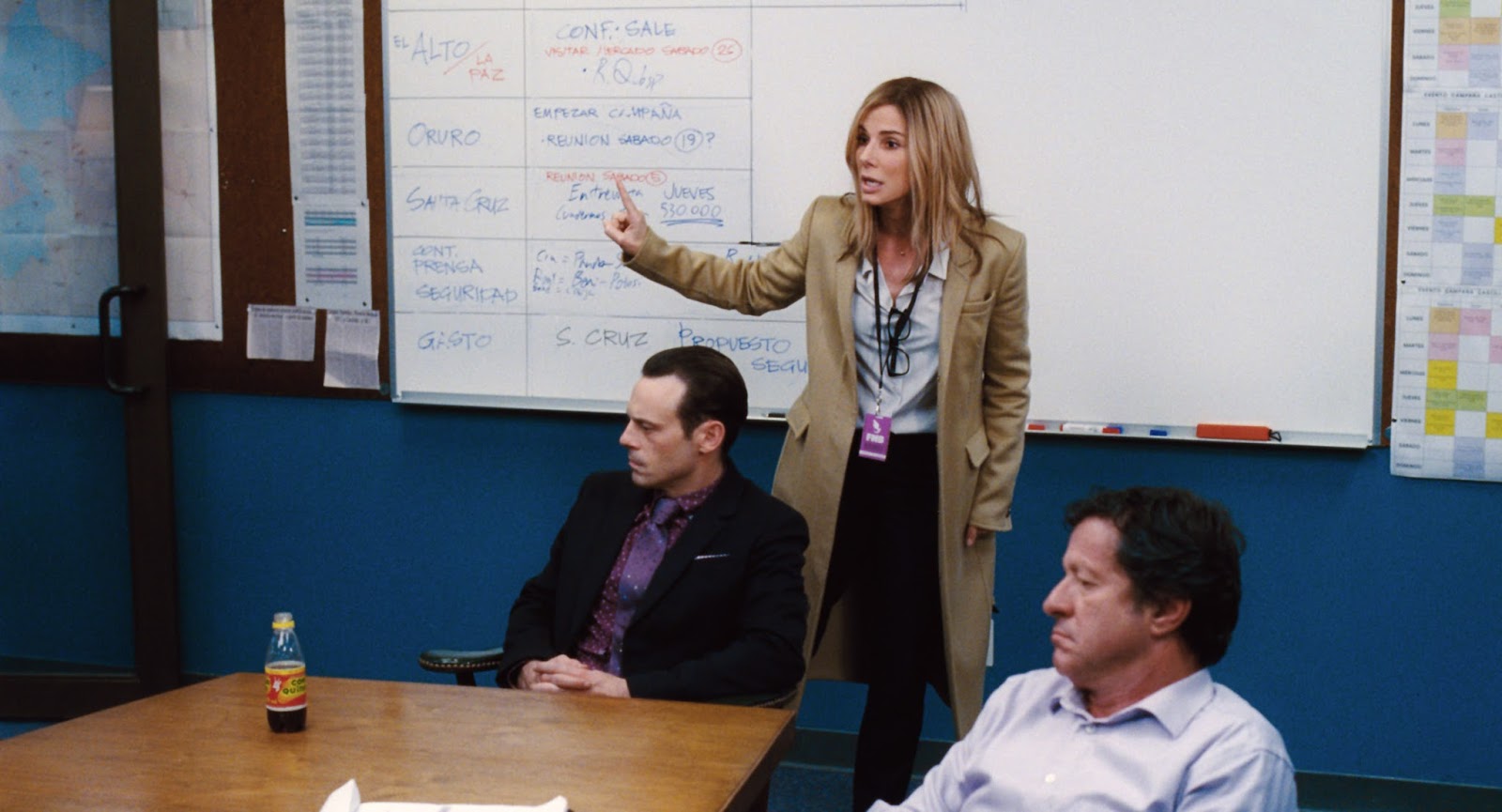 The depth of the story and the challenges faced by their lead character was what attracted producers Heslov and Clooney. “With some films the tone is very straightforward. Oddly enough, we rarely make those films,” Heslov says. “We usually find ones where the tone is on the precipice and can go several ways. This film is darkly funny, and also has moments of great seriousness, and there are underlying issues worthy of real thought.”

While fictional in both its characters and story, “Our Brand is Crisis” was inspired by true events depicted in the 2005 documentary of the same name from writer/director Rachel Boynton, which chronicles the real-life presidential campaign of Bolivia’s Gonzalo Sanchez de Lozada. “It was inspiring on every level,” notes Bullock, “but we had to let it go and create our own story.”

The filmmakers were captivated by the idea of paid political consultants plying their expertise to manage elections not only on their home soil but in far-flung locations around the globe. Bringing in renowned screenwriter Straughan, together they imagined what such people might be like – their lives and back-stories, their motivations and relationships, and the scope of their influence.

“Working on this project only confirmed what I always thought existed in the political world,” says Bullock. But at the same time, she observes, “The film is not really as much about politics as it is about people and what drives them. It’s set in the tense, ticking-clock world of a political election and you get caught up in what’s going to happen next but to me it’s more about which of these people are going to do the right thing, and what that means. You see the comedy and the absurdity, the pain and chaos that is often caused by people who just want to win and you think, if it was you, would you be strong enough to get off the carousel?”