An impeccable cast of winning actors converge in “Secret In Their Eyes” – Academy Award winners Julia Roberts and Nicole Kidman with Academy Award nominee Chiwetel Ejoifor in a complex tale of love, friendship, betrayal and obsession that has the critics rooting for its lead, Julia Roberts, an award for her stirring performance as a devoted mom and an outstanding investigator whose only daughter was murdered by a young male asset (against terrorism) that the government tries so hard to protect.

Directed by Billy Ray, “Secret In Their Eyes” is inspired by “El Secreto de Sus Ojos,” the Argentinian film that brought home the Oscars for Best Foreign Language Film (2010). Producer Matt Jackson, President of Production at IM Global, says that it’s rare that “you get a script where the story jumps out at you from every page, but also has a very intricate plot involving two different time periods. Billy’s idea to turn the film into a story that had an element of counter terrorism was genius. All of the hysteria and paranoia that was rampant after 9/11 provided a perfect device for setting the killer loose to create such a personal story of obsession and loss.” “When I was writing it I didn’t want to keep 2002 and 2015 apart,” says Billy. “I felt that 2015 had to be an echo of what happened in 2002.” 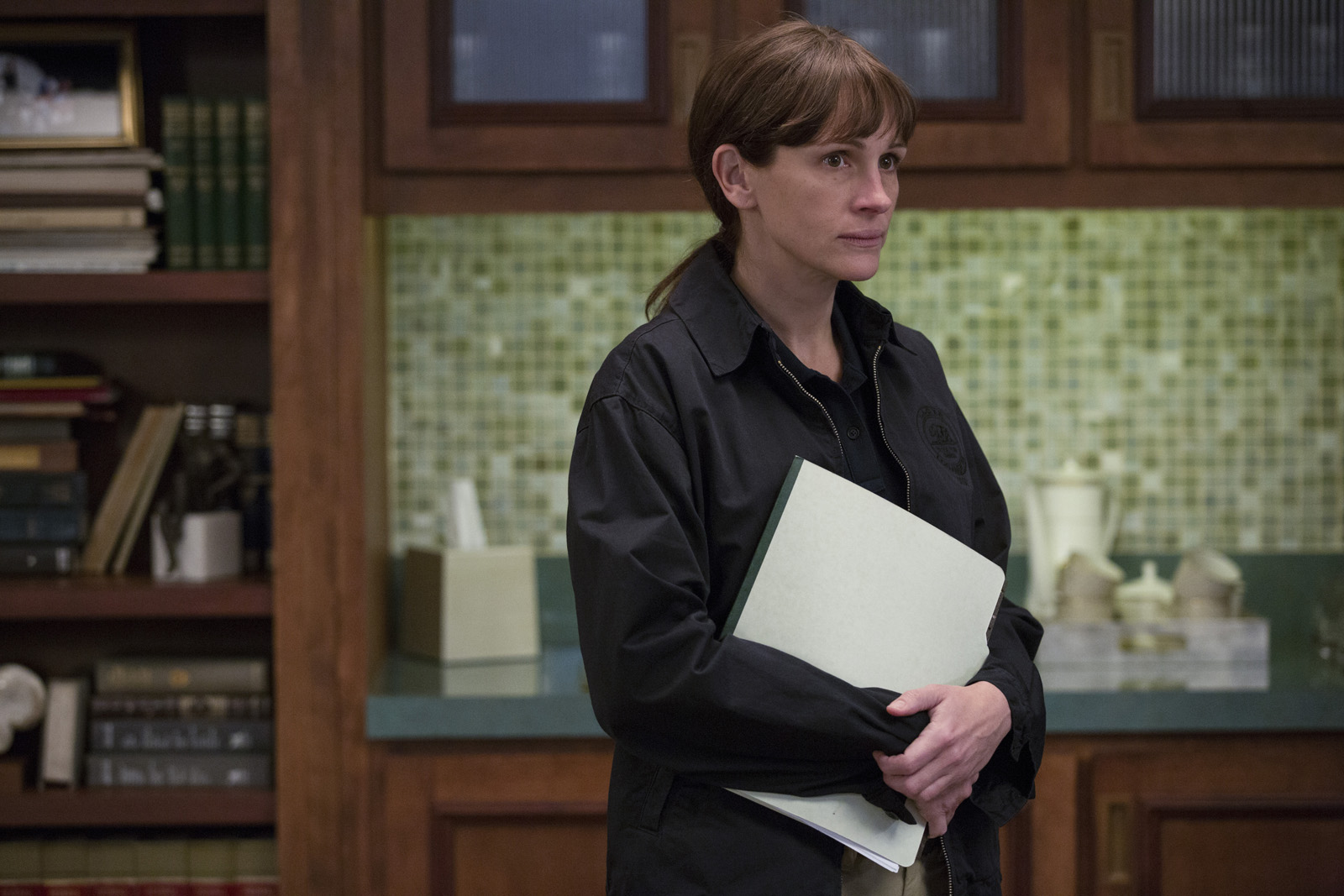 Julia Roberts who has successfully launched top-grossing worldwide romantic comedy/drama movies such as “Pretty Woman,” “Notting Hill,” “Dying Young,” “Mystic Pizza” and “Steel Magnolias” gives the audience a whole new perspective on her thespian capabilities in “Secret In Their Eyes” as she takes on the role of Jesse Cobb, a grieving mother trapped in her responsibility as a cop to carry out her own kind of justice towards the killer of her daughter.

Director Ray notes, “There are two Jesses in this movie. When we first meet her she is full of life and wildly in love. Something happens to Jess and she becomes another person. These are the two extremes that Julia Roberts plays extremely well. And like the best characters, Jess has secrets. Jess is barely functioning. She froze thirteen years ago and her life just stopped. Her heart kept beating so she kept going to work every day but she was dead. In particular Ray (Ejiofor) is trying to liberate Jess because she’s had this horrible blow and never recovered. To ask an actress to come play that is sort of the ultimate trap because you can just play sadness and never get out of it and then you have a one-note performance.” 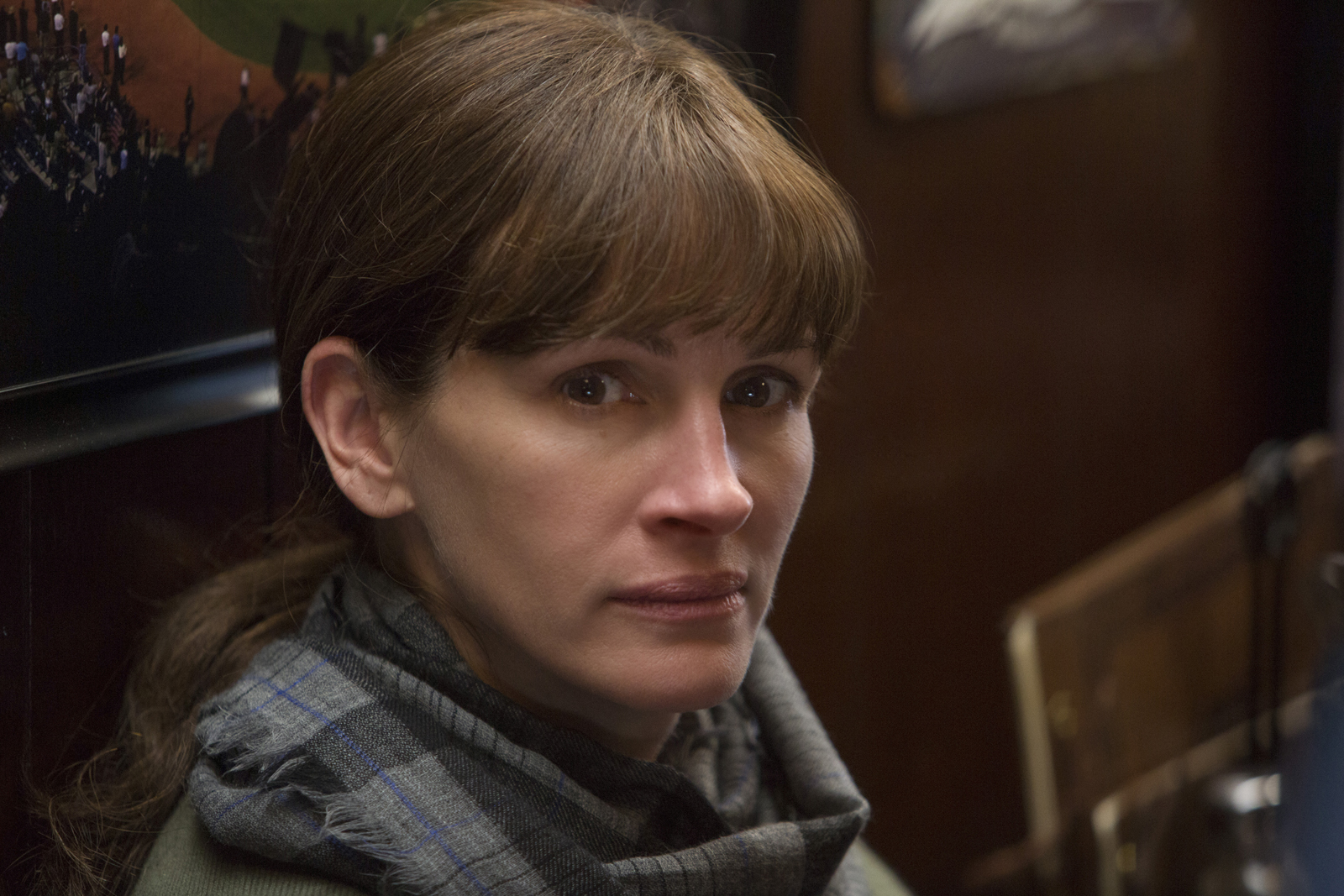 For Julia Roberts the essence of the story is about the evolution of people who were taken off track by destiny. “I was very taken with Billy’s script. I don’t read a lot of scripts that I like and I don’t work very often. But I read this and thought it was truly interesting. “Billy has been remarkable for me as an actor. He’s so available and he’s like Encyclopedia Brown. He knows everything, he’s calm and he’s super-loving. He’s always taking care of all of us in these very fragile scenarios that he’s created. I think he probably feels bad for putting us through all this,” she laughs.

“For me it’s a great opportunity to play almost two different characters over thirteen years. Jess is not the person she was meant to be, the person she was born to be and lived her life to be. She’s not that person anymore. She’s become kind of a shell. I don’t think it’s a void. It’s very sad, but it’s fascinating. It’s a complicated Rubik’s cube to be solved. It’s pretty obvious from the title that everybody is hiding something, but it’s doled out so carefully that everyone is going to be surprised at the end,” says Julia.

“Secret In Their Eyes” opens December 2 in theatres from Axinite Digicinema.

Joel Edgerton Strikes a Deal with the Devil in “Black Mass”