Oscar-nominated young actor Jesse Eisenberg, whose previous roles have included “Now You See Me,” “The Social Network,” and “Zombieland,” was the filmmakers’ first choice to play the slacker-turned-superspy in the intriguing thriller “American Ultra.”

(Watch the official trailer of “American Ultra” at https://www.youtube.com/watch?v=-DMIyOQEaRw&list=PLJ7A97yl9oXrb.)

In the film, a stoner and his girlfriend’s sleepy, small-town existence is disrupted when his past comes back to haunt him in the form of a government operation set to wipe him out.

As action heroes go, Mike Howell (Eisenberg) is an unlikely contender. He is completely dependent on his girlfriend, unable to cook a simple meal without starting a fire. He has been hired and fired from the same rundown convenience store more times than he can remember, and he gets arrested for possession so often that the police are on a first-name basis with him. 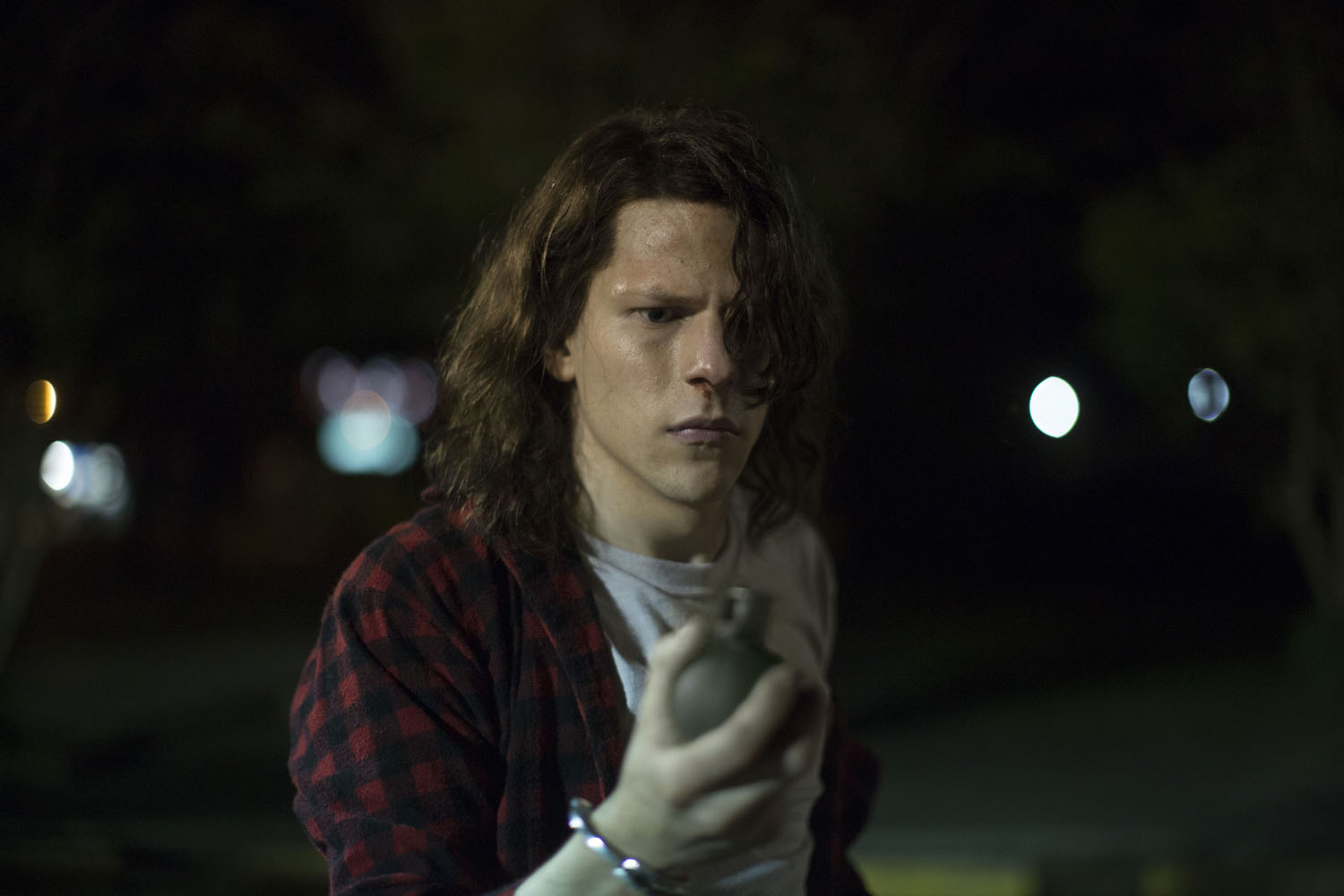 “We knew it had to be Jesse,” says producer David Alpert. “You just buy him as an innocent, small-town stoner. The action is completely unexpected coming from him, but not unbelievable. Jesse gives the character a grounded emotional intelligence even as the whole weight of a secret CIA program lands in Liman to try to kill him.”

Mike is a laid-back young man who becomes a little befuddled and confused when too many things happen at once. He’s happy to stay home, smoke weed in bed and make out with his girlfriend. Taking out bad guys sent to terminate him is not on his radar screen. The role places Eisenberg, an actor who often plays the smartest guy in the room, squarely outside his comfort zone.

“Jesse is such a sharply intelligent actor, but he was able to sort of dumb himself down for this role in ways that make him almost unrecognizable,” says director Nima Nourizadeh. “He was just great at all of the things I needed for this movie. Jesse took on such a gentle, unassuming quality in his hands, he can do comedy and he can do drama. He is so touching in the most emotional scenes of the film and then he throws himself into some real kick-ass action.”

Eisenberg was quick to sign on after reading the script. “I’d never read anything like it,” he says. “The characters felt totally real, the situations are surprising and the way we deal with them seems very truthful. Mike and Phoebe are totally accessible, so people can live vicariously through them. Mike is also an artist who has created this comic book about a monkey he calls Apollo Ape. When he becomes the target of an evil government plot, what happens to him is like an Apollo Ape story-it’s a stoner fantasy come to life.” 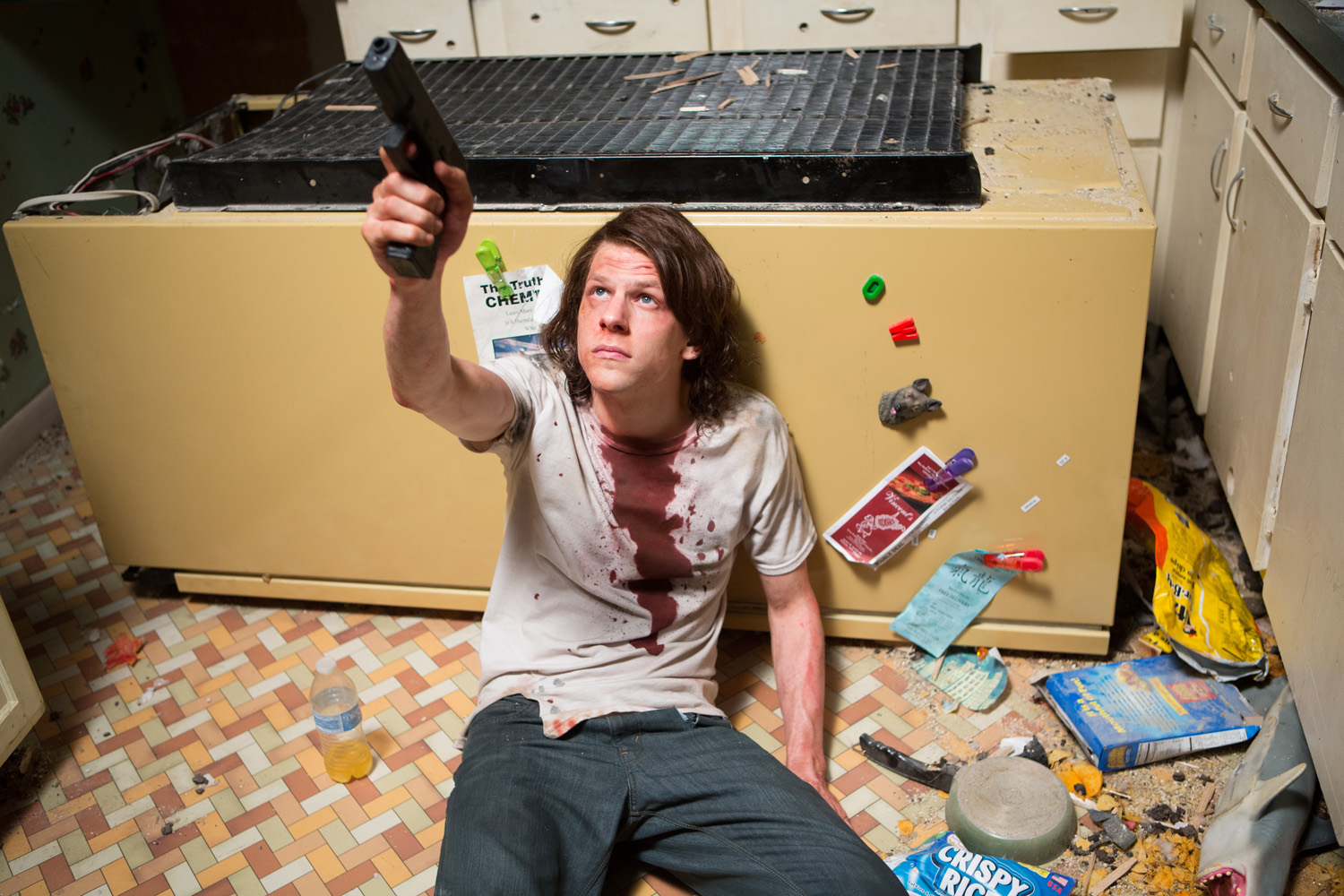 Max Landis’ script keeps the humor completely genuine, says the actor. “Putting this very passive guy in the middle of an intense and violent world creates the potential for a lot of comedy. Mike is thrust into situations where he has to defend his and his girlfriend’s lives.

As the confrontations become increasingly more complicated and frightening, he becomes more deadly, but he has no idea how or when he learned to do these things.”