In Mexico, “Sicario” means hitman. In the intense, action drama on the fight against drugs, “Sicario,” Golden Globe winner Emily Blunt stars as FBI agent Kate Macer who finds herself in the midst of the lawless border area stretching between the U.S. and Mexico enlisted by an elite government task force official Matt Graver (Josh Brolin) to aid in the escalating war against drugs.

“Sicario” is directed by Denis Villeneuve (“Prisoners”), a searing emotional-thriller that descends into the intrigue, corruption and moral mayhem of the borderland drug wars. 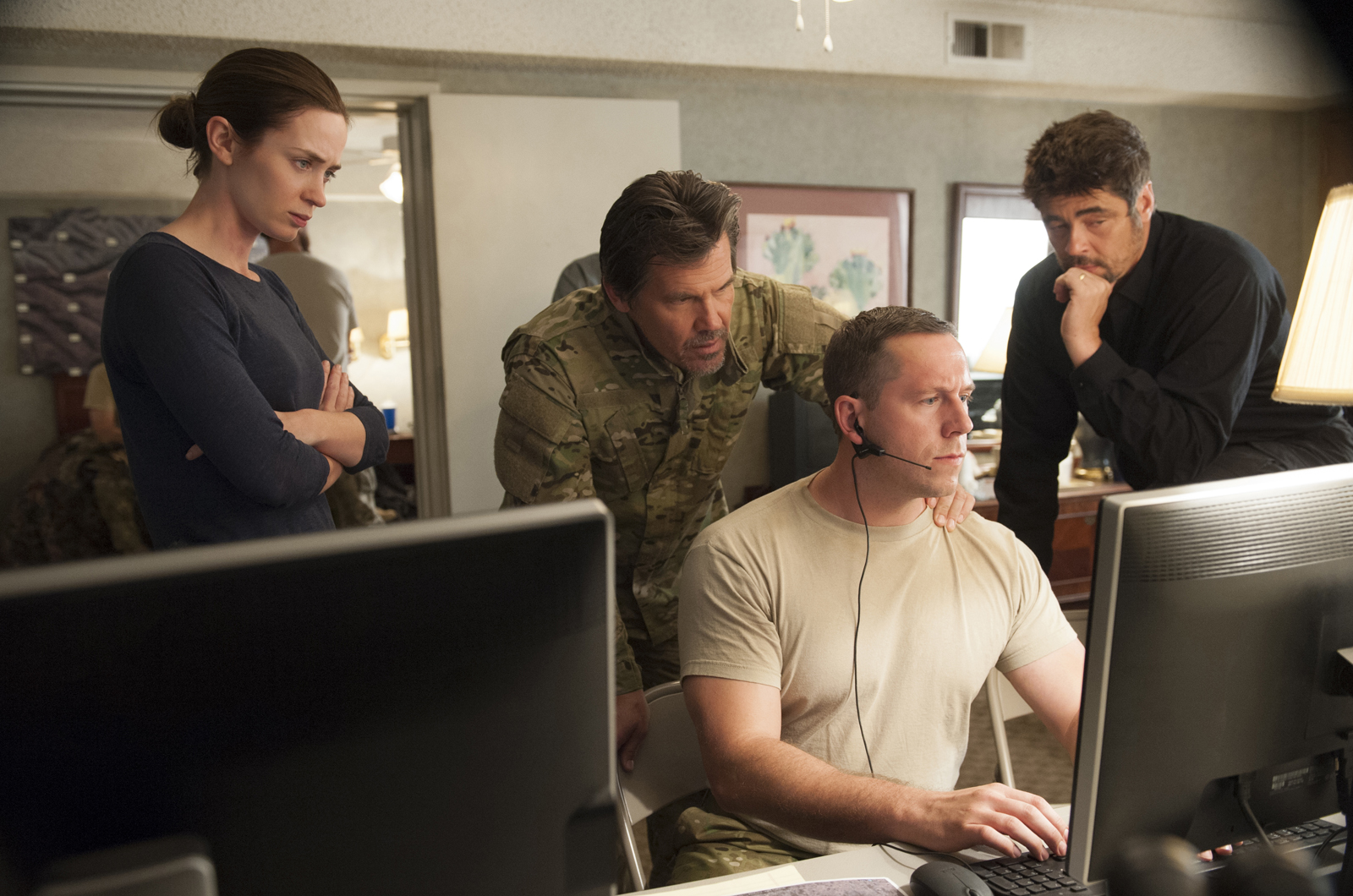 Even as Kate tries to convince herself she’s on a hunt for justice, she is thrust into the dark heart of a secret battleground that has swept up ruthless cartels, kill-crazy assassins, clandestine American spies and thousands of innocents. Says director Denis Villeneuve, “Sicario takes a powerful look at black-ops operations and the Mexican cartels. But this story is also about America, about the idealism and realism that clash when it comes to dealing with the problems of other countries.”

“Sicario” explores the journey of an intelligence operation that pushes the rules to engage with those who don’t play by any. “Kate is tempted by this world,” says Emily Blunt, who breaks the mold with her portrait of a fierce female character whose life is in jeopardy throughout every second of the film. “She realizes she was barely scratching the surface doing things by the book and now she wants to believe she can do something that will make a real difference. Yet the very idea of no longer following the rules turns Kate’s whole world upside down. Nothing makes sense anymore.”

Kate Macer’s journey over the border finds her crossing the line in more ways than one. A stickler for order and a workaholic who prides herself on running a tight, by-the-book operation, suddenly she is exposed to a world where operatives take on an anything-goes mentality. The deeper she descends into Mexico, the more she begins to feel she is losing all the moral bearings that drive her. The more she tries to take charge of the situation, the more she realizes she is losing control. 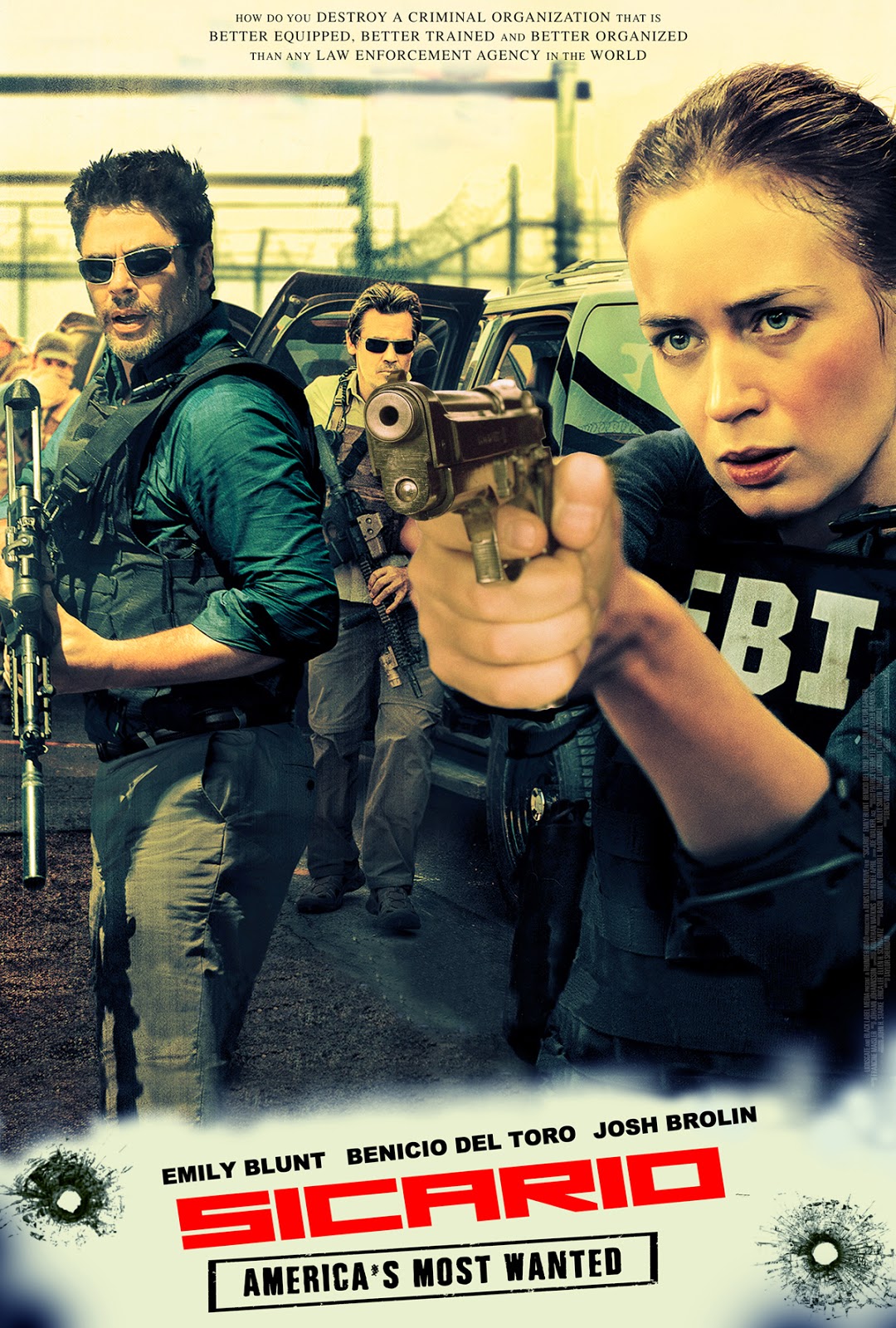 “Kate is really the moral compass of Sicario,” notes Blunt. “I was intrigued by her need to always do things in the right way, by the law. When she gets thrown into this incoherent world of CIA ops and cartels, it is completely alien to her. Whereas she’s always been held accountable for every bullet she fires, they spray bullets. All the accountability that has been her way of being is gone from this world, and she is in shock at the whole thing.”

Blunt was intrigued by Kate’s tricky relationship with Alejandro played by Benicio del Toro: “He is this rather mystical character and he doesn’t say much. She has her eye on him, and she doesn’t necessarily trust him. At the same time, I think he sees in Kate something that he’s lost in himself,” surmises Blunt. “They have this rather strange, almost magnetic link that they never fully get to explore under these extreme circumstances. They’re drawn to each other in an unspoken way.”

Villeneuve loved watching the chemistry between Blunt and Del Toro come to a simmer. “This strange yet alluring relationship emerged from the two of them right in front of the camera and that was very important for the movie,” he says. “The way Kate tries to understand this man in a human way, brings out a beautiful, poetic angle within the violence.”

“Lights Out” – How a New Director Turned His Viral Short...

The Boys Are Back in “Teenage Mutant Ninja Turtles: Out of...