Directed by Gregory Plotkin, “The Ghost Dimension” is expected to finally reveal Toby, and tie up loose ends. And as the new poster declares, audiences will – for the first time – actually see the “activity.” 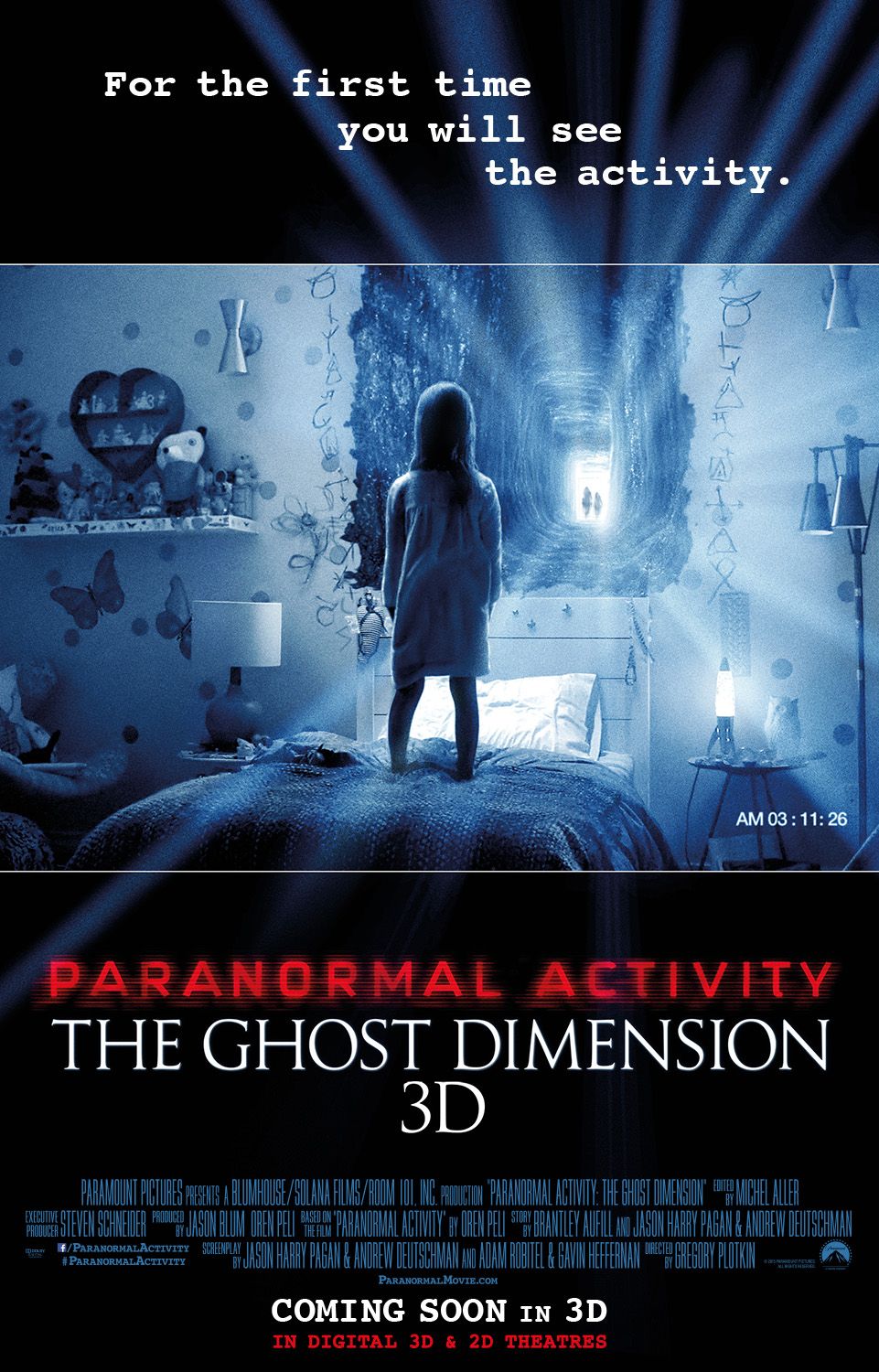 The final film follows a new family, the Fleeges — father Ryan (Chris J. Murray), mother Emily (Brit Shaw) and their young daughter Leila (Ivy George) — who move into a house and discover a video camera and a box of tapes in the garage.

When they look through the camera’s lens, they begin to see the paranormal activity happening around them — including the re-emergence of young Kristi and Katie.”