As is typical in the industry, casting of the children’s parts presented its own challenges. “Young Frank was a little hard because we needed someone that looked like George and who could handle the physicality of the part because we wanted to do so much of it in camera,” says producer Jeffrey Chernov. “When we found Thomas it was like we struck gold.”

Commenting on his young costar, Hugh Laurie says, “Thomas Robinson gave Young Frank every possible ounce of energy and optimism and idealism that the part needed. For him the world is a huge adventure to be grasped and every day was a chance to discover something more, do something more, try something new. He was fearless and completely charming.” 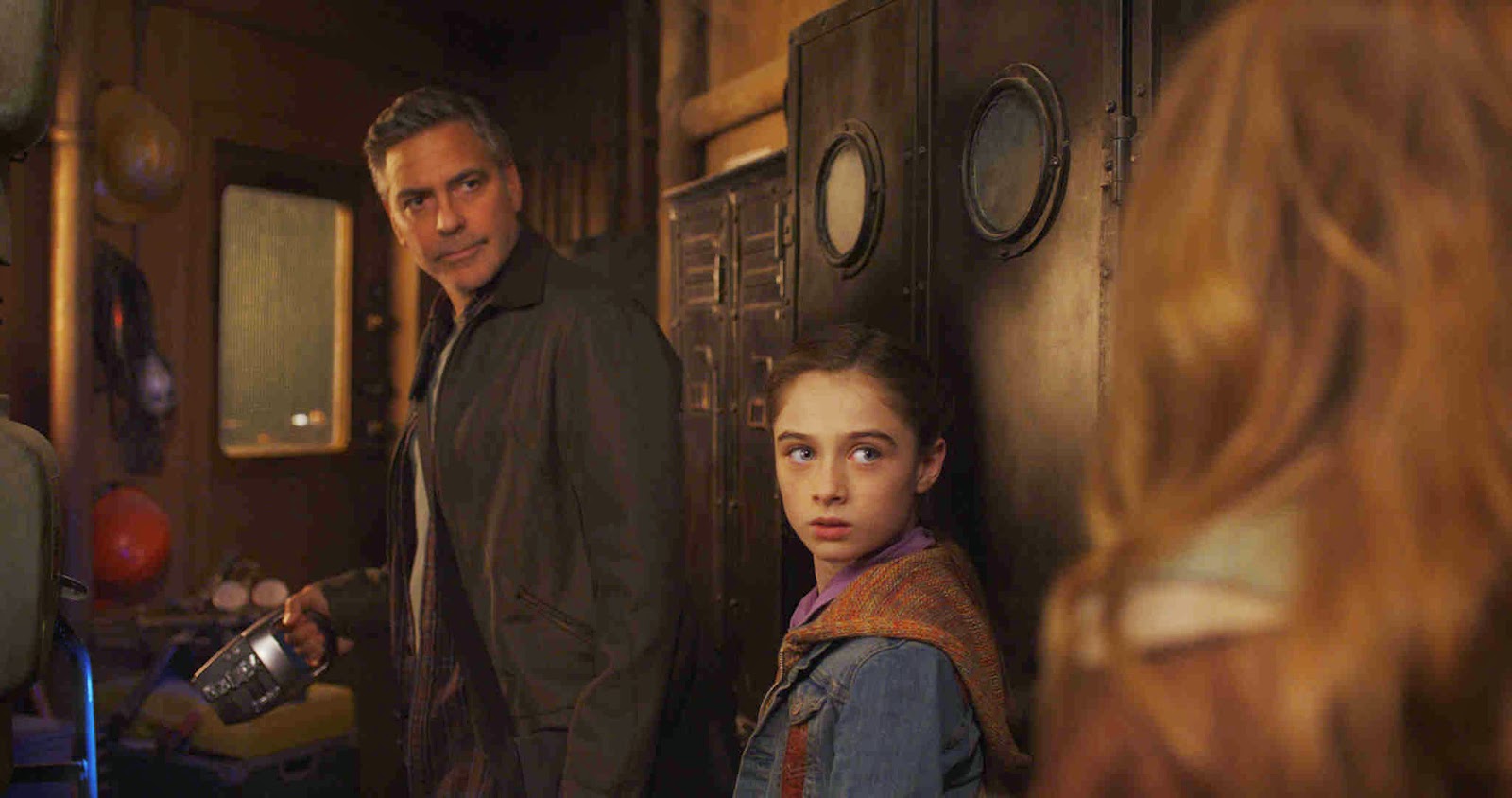 Describing Young Frank, Thomas Robinson says, “The movie starts off with a flashback and I’m playing young Frank Walker in 1964. Young Frank invents things, like a jet pack, and experiments by making things out of old vacuum cleaners, paint canisters and other stuff. He’s pretty amazing but his dad doesn’t approve of his inventions.” 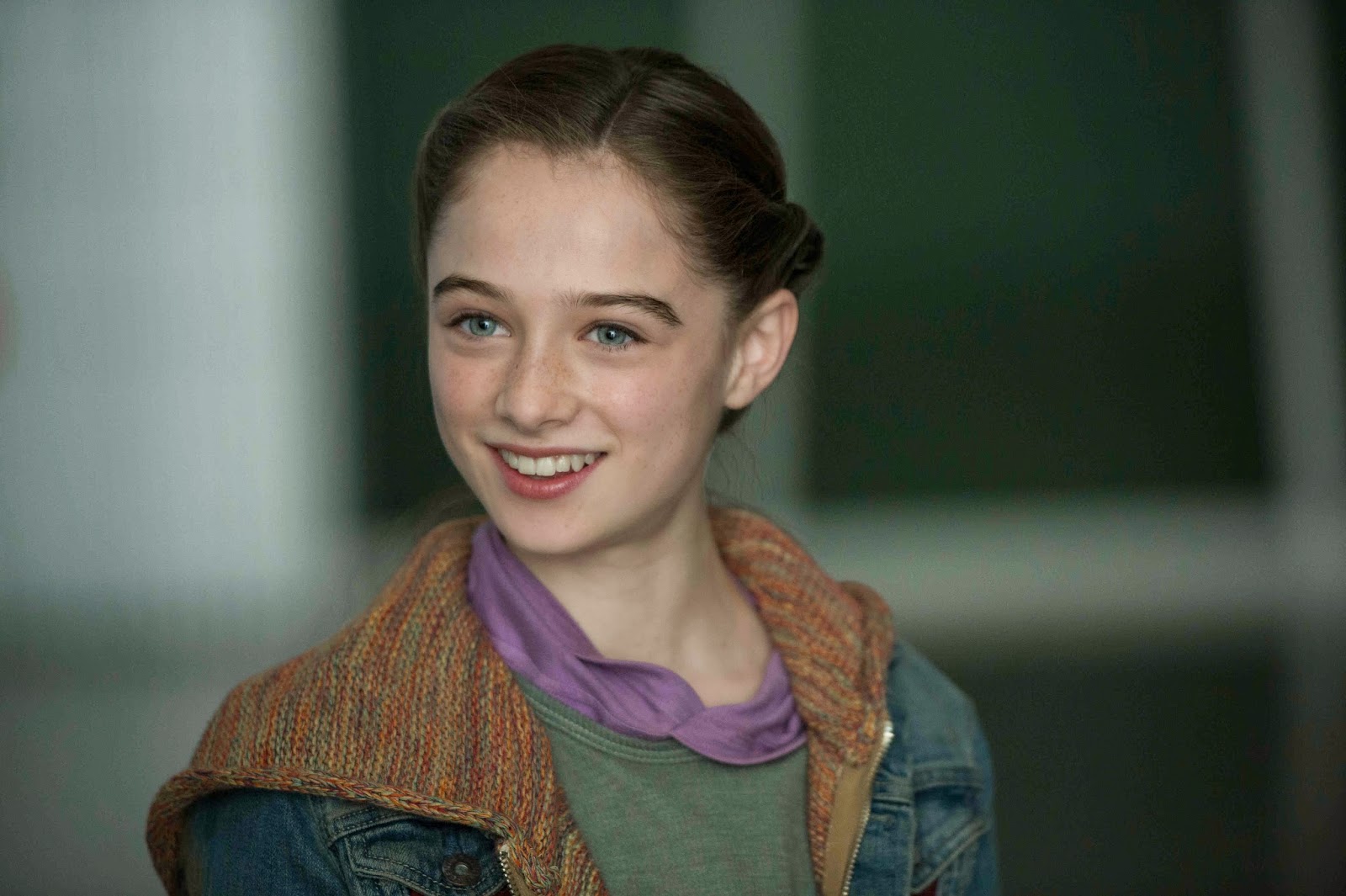 The filmmakers also struck gold with young Raffey Cassidy, who plays Athena. “Raffey is proof that people can make a difference,” says executive producer John Walker. “Cynicism and sarcasm are fashionable; honesty, optimism and love are a little out of fashion. So it was nice to see this young girl supplying such positivity. When you watch Raffey’s audition tape, at the end of every take she would give a little thumbs-up. She’s just a spark plug of a kid. She is the embodiment of the film.”

Executive producer Jeff Jensen calls Athena the “great hero of Tomorrowland.” “She believes in the mission of Tomorrowland, and right now it has a problem that can only be solved by new people and new ideas. Athena senses that Casey is the kind of spirit that it needs,” says Jensen.

In the film, Athena gives Casey (Britt Robertson) a pin that jumpstarts her quest for Tomorrowland. “Athena had been looking for a recruit,” says young Raffey Cassidy about the character she plays, “and she is really hoping that Casey was the right person to choose because that was Athena’s last pin. Casey has courage and determination and hope, and that is what Tomorrowland needs.” 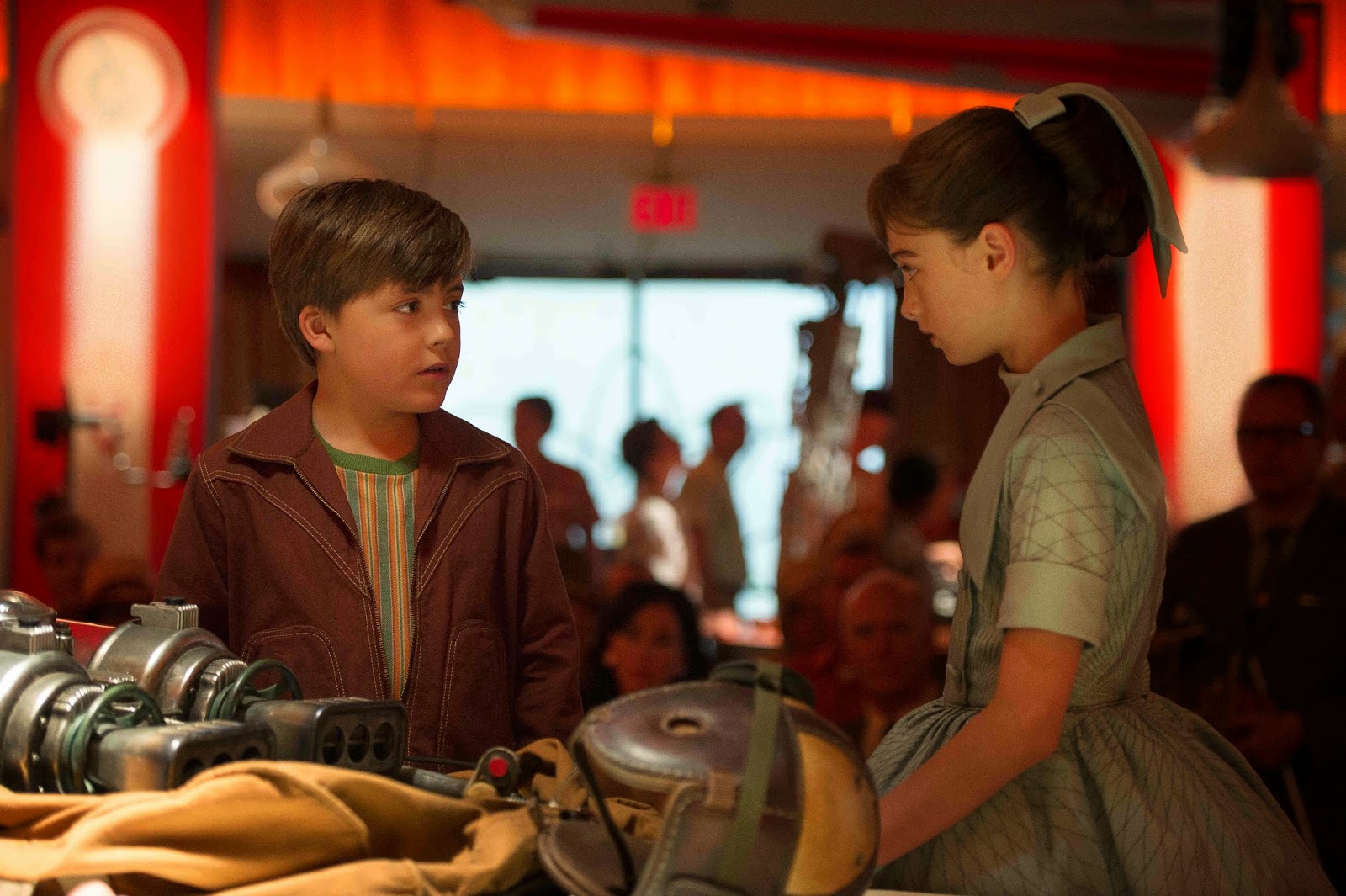 Explaining the “family dynamic” between Athena, Frank and Casey, George Clooney offers, “The problem is that the youngest one, Athena, is the parent and Casey and Frank are like the two fighting kids. Athena is the one driving and she’s telling the kids to shut up. Frank is a big kid who didn’t really ever grow up and sort of stopped evolving at around 11 years old, so we are fighting all the time. It is like a family but it’s all turned upside down because the real parent is the youngest kid.”

Once the children were hired, says Chernov, “I didn’t count on that if you take an eleven-year-old and start them on a movie in the summer and don’t finish the movie until mid-winter, chances are they going to grow, and that includes their teeth. When Raffey showed up in Vancouver to start work, she gave me a big smile and was missing teeth. And then Thomas started losing his teeth one by one. So the kids spent a lot of time having to get “flippers” [fake, removable teeth] made. You just never know what’s going to happen.” 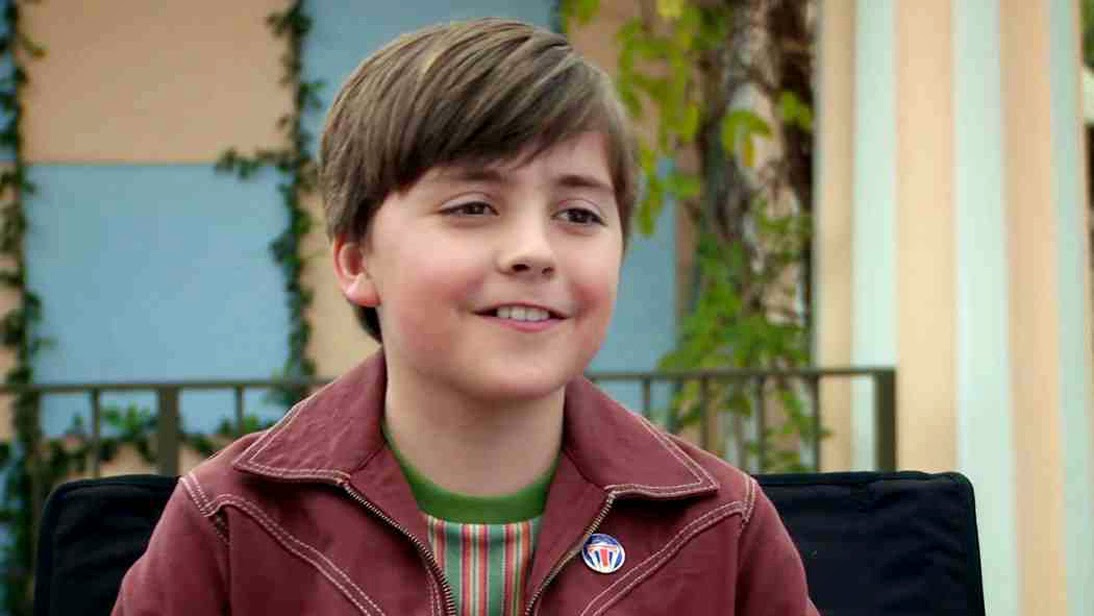 From Disney comes two-time Oscar® winner Brad Bird’s “Tomorrowland,” starring Academy Award® winner George Clooney. Bound by a shared destiny, former boy-genius Frank, jaded by disillusionment, and Casey, a bright, optimistic teen bursting with scientific curiosity, embark on a danger-filled mission to unearth the secrets of an enigmatic place somewhere in time and space known only as “Tomorrowland.” What they must do there changes the world—and them—forever.

Most Awaited Crime Thriller Of The Year “Secret In Their Eyes”...

War from Another World Comes to Ours in “The Dark World”...