All of the Bellas are back for Universal Pictures’ “Pitch Perfect 2” – reprising their roles as the girls who run the a cappella world are Anna Kendrick as Beca, Rebel Wilson as Fat Amy, Brittany Snow as Chloe, Anna Camp as Aubrey, Alexis Knapp as Stacie, Hana Mae Lee as Lilly, Ester Dean as Cynthia Rose, Kelley Jakle as Jessica and Shelley Regner as Ashley.

Watch the Bellas talk about taking on the a capella world championships below.

It’s been three years since the Bellas brought their signature vocals, style and attitude to become the first all-female group to win America’s national title. But when they get banned after a scandal that threatens to derail their last year at Barden, the three-time defending champs worry that this time they’ve lost their harmony for good. With just one chance left at redeeming their legacy, the Bellas must fight for their right to win the World Championships of A Cappella in Copenhagen.

Kendrick appreciated that Beca has moved from a wide-eyed freshman to a more polished senior. She agrees with her producers that the singers had to be taken down a peg so they could show us who they truly are—both vocally and personally—and get back up again. Kendrick reflects: “The Bellas have gone a little too far. They went for an original sound by the end of the first movie, and this time around it’s good…but it’s a lot. There’s too much showmanship and sound, so this movie is about them thinking they need to push it even further, when they actually need to strip back down and find themselves again.”

It wouldn’t be “Pitch Perfect” without the one and only Patricia, more affectionately known as Fat Amy. With her signature dry humor, Rebel Wilson discusses just what brought her back for the second chapter: “When I heard about it, I was like, ‘Do I get to have a solo in this one?’ And then I found out I did, so I was totally in. Then I asked, ‘Do I get to have a naked shower scene in this one?’ When they said, ‘Yes,’ I told them, ‘You don’t even have to pay me then. I’ll just do this movie for free.’” Jokes aside, Wilson appreciates that her character has a love story in this chapter. “You get a bit more in-depth with Fat Amy and what she’s going to do when she graduates…as well as how that affects her.” 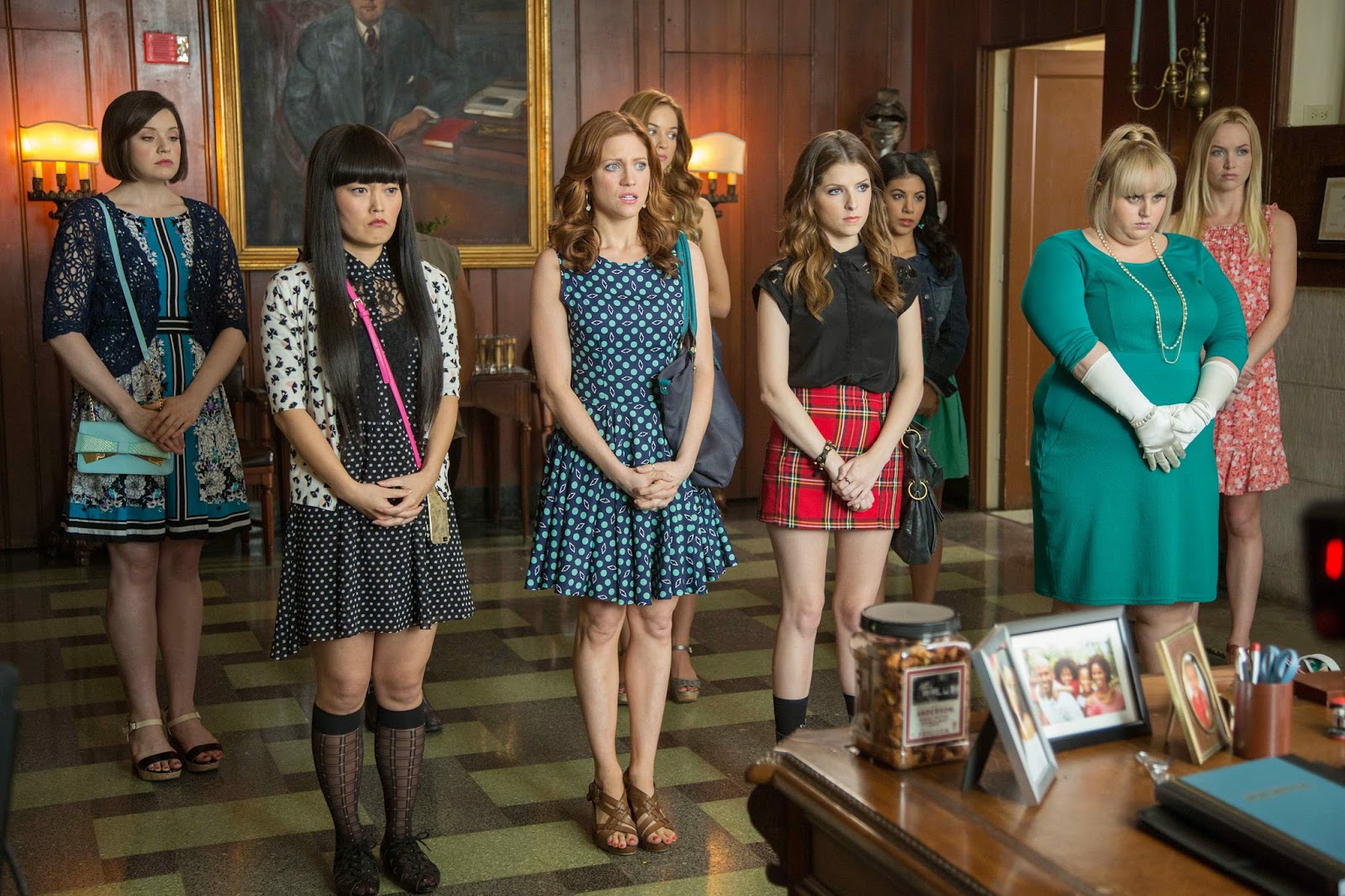 No stranger to odd shower scenes in a Pitch Perfect film, Brittany Snow returns as Chloe, the seventh-year senior who is having a hard time saying goodbye. The performer shares a bit about where we find her character: “Chloe is so passionate about singing in the Bellas that she’s chosen to stay and intentionally fail a lot of her classes. So she’s even crazier than the first time, and she’s very passionate, which leads to a lot of mayhem because she’s extremely overzealous when it comes to singing. She’s even weirder than before, which is fun for me to play.”

The Bellas’ sultriest member, Stacie, is once again played by Alexis Knapp. The actress muses: “For Stacie, not much has changed, except her hair color. It is three years later, so everyone’s matured, and she’s not as wild…in certain ways.” 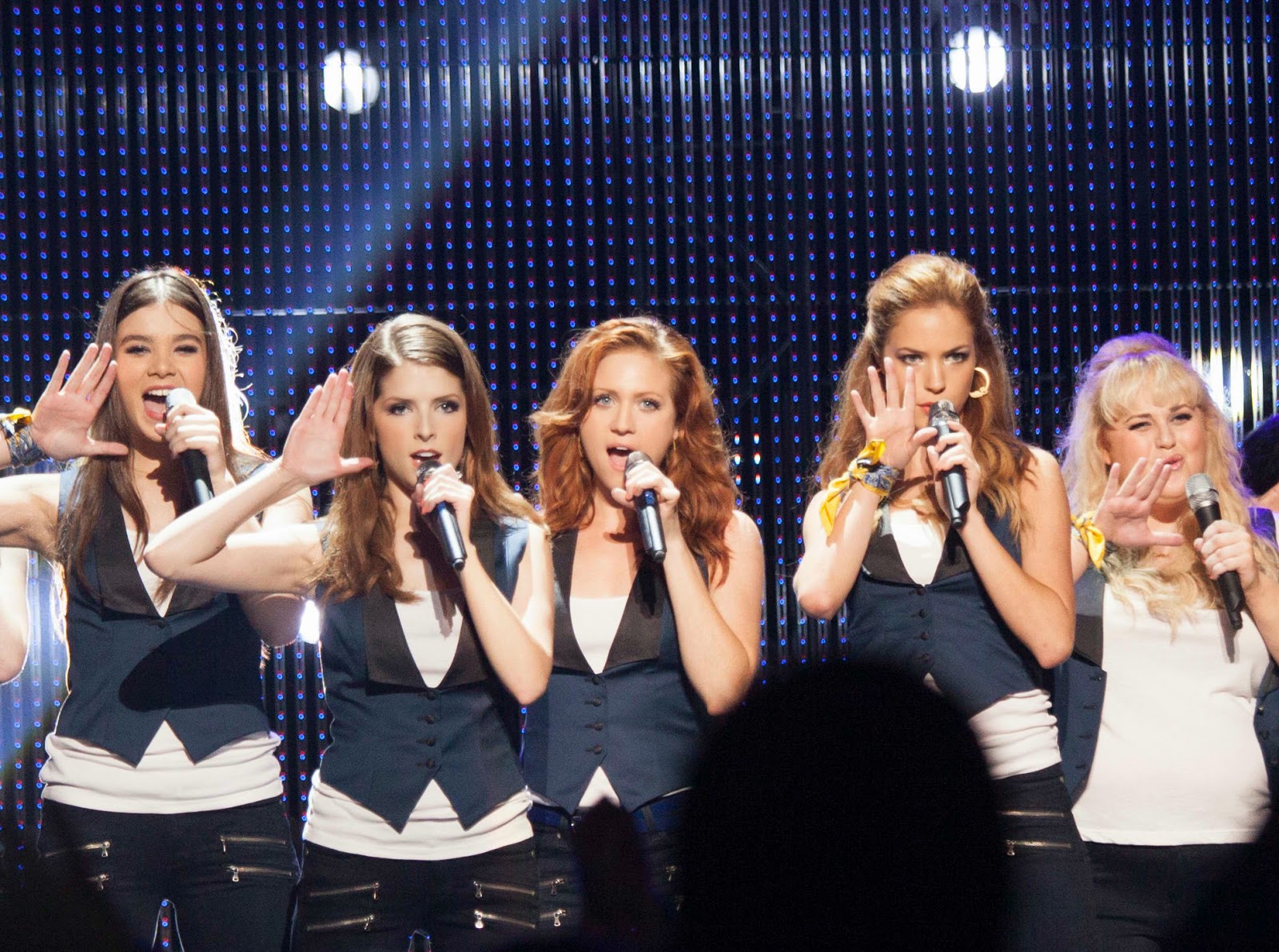 Without a doubt, the Bellas’ quirkiest member is Lilly, known for softly uttering non sequiturs at every turn. For her part, Hana Mae Lee has embraced how much joy the character has brought to audiences. She reflects: “I love Lilly. She’s funny and quiet, but she’s never shy. I think a lot of people thought, ‘Oh, she’s cute but weird.’ What I like about her is that the audience still hasn’t figured her out 100 percent, because there are always new things going on with her.”

Ester Dean, who plays the no-nonsense Cynthia Rose, discusses the transformation for all of her fellow thespians: “In Pitch Perfect, we were becoming friends and getting to know each other. We were going through the shock of learning the dances and singing a cappella, and we just did our job as we were working. This time, we are friends acting together. I’ve never felt so connected to them as I do now.” 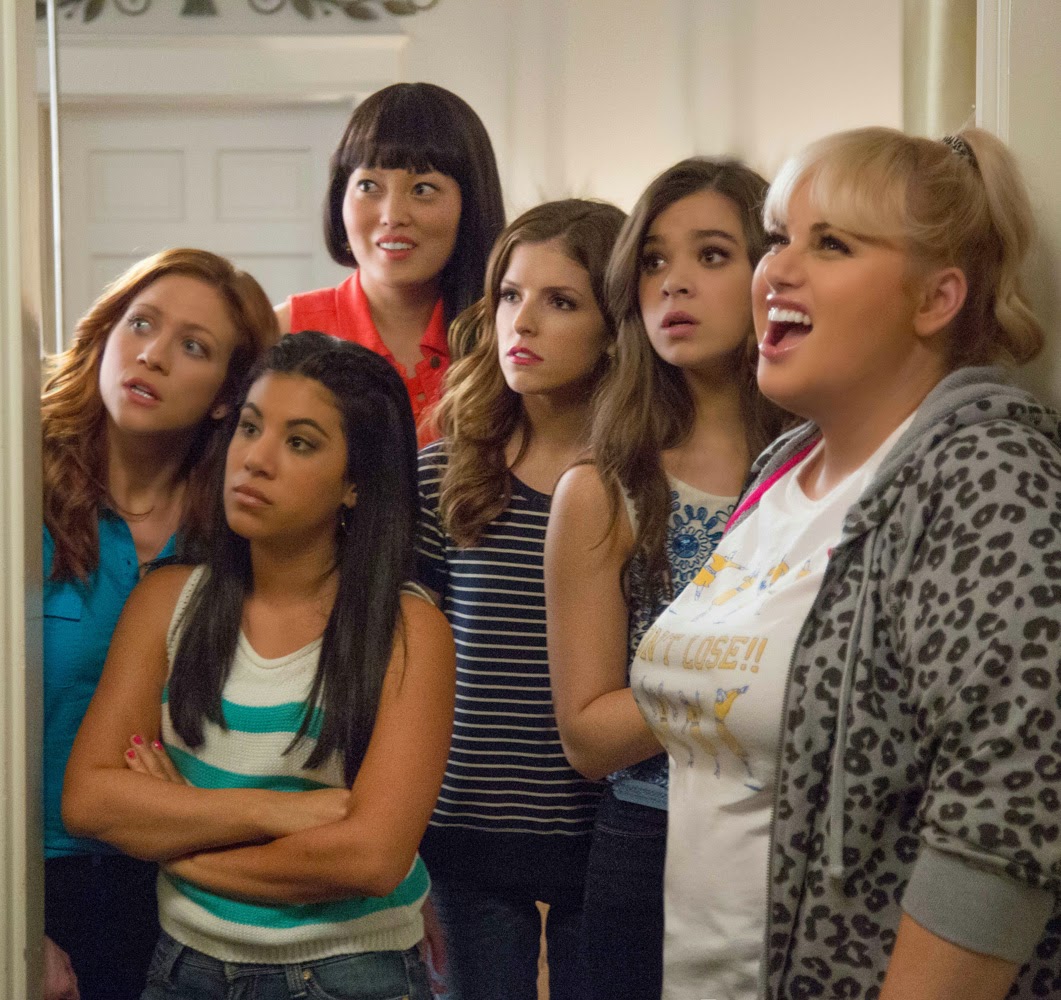 Rounding out the core cast of graduating senior Bellas are Kelley Jakle and Shelley Regner, who play, respectively, Jessica and Ashley. Both extremely talented vocalists, Jakle was part of the multiple ICCA-winning SoCal VoCals, while Regner is a distinguished, talented performer in her own right, having appeared alongside Jakle at Carnegie Hall, and currently co-starring on the live sketch-comedy show “TMI Hollywood.”

Although one of our favorite Bellas, Aubrey, played by Anna Camp, has graduated, as all the girls know: once a Bella, always a Bella. Now the program director at a corporate boot camp, Aubrey is most definitely her father’s daughter and steps in to whip the Bellas into shape after they’ve lost their way…and their sound.

Opening across the Philippines on May 13, “Pitch Perfect 2” is distributed by United International Pictures through Columbia Pictures.