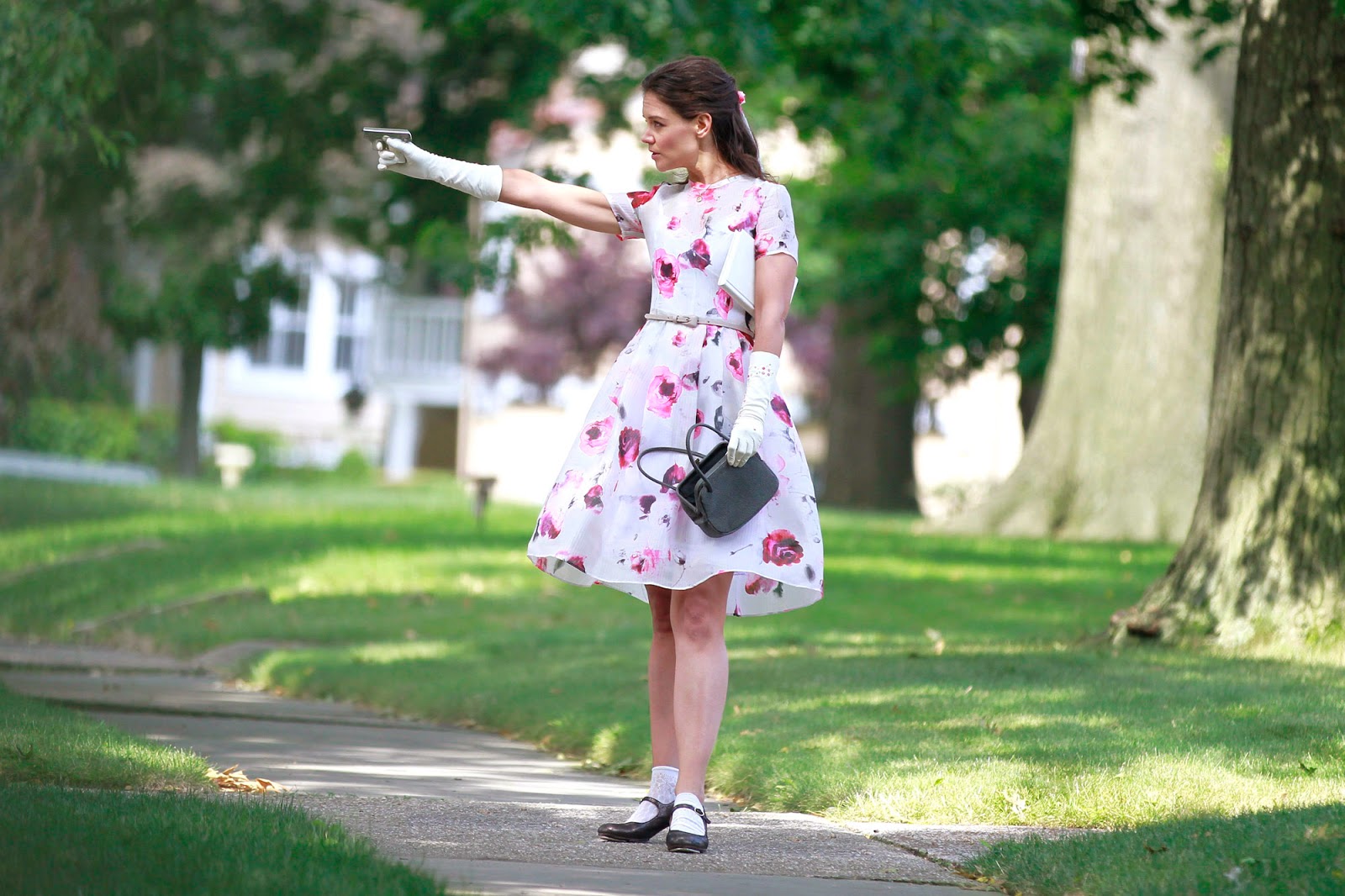 From the producers of the Academy Award-winning “Crazy Heart” comes the quirky, satirical comedy, “Miss Meadows” from writer-director Karen Leigh Hopkins (“Because I Said So,” “Stepmom”). The film will be shown exclusively at Ayala Malls Cinemas nationwide starting April 15.

Miss Meadows (Holmes) is not everything she seems in this satirical comedy about manners and mores and what happens when moral compasses go helter skelter against the messy magnets of real life. Holmes dons the role of a dainty vigilante, taking it upon herself to right the wrongs in this cruel world by whatever means necessary. Things become complicated, however, when she gets romantically entangled with the town sheriff. As she contemplates sharing her life with another person, the question arises: who is she really, and what is she capable of, for better or worse?
Mary Meadows is a school teacher with impeccable manners and grace. However, underneath the candy-sweet exterior hides a ruthless gun-toting vigilante who takes it upon herself to right the wrongs in the world by whatever means necessary. For Miss Meadows, bad behavior is simply unforgivable. The film introduces Mary walking down a leafy residential street, communing with local birdies and breaking into an occasional tap dance — drawing immediate parallels to Mary Poppins. This Mary’s chipper yet prim composure isn’t ruffled a whit when a loutish guy in a passing truck begins harassing her. Once he reveals still worse intentions by pulling a gun, she simply pulls out her own, blows the nasty man away, and continues traipsing on down the lane.

No wonder Miss Meadows is rather secretive, devoted to gardening and knitting in her latest home while keeping curious strangers like neighbor Mrs. Davenport (Mary Kay Place) at a polite distance. She’s the new substitute teacher at a local elementary school, replacing a woman who sadly turns out to have succumbed to “the Big C.” While her attempts to buck up her grieving students aren’t greatly appreciated by their sour principal, the kids themselves do warm to her old-fashioned, morally improving cheer. It likewise attracts an area cop she simply dubs Sheriff (James Badge Dale).

However, he and his department are already on the trail of the vigilante one colleague describes as “kind of a ‘Pulp Fiction’ Mary Poppins.” He’s increasingly worried about his own Mary’s possible involvement in these killings. Meanwhile, she’s worried about the arrival in the area of creepy parolee Skylar (Callan Mulvey), whom Sheriff identifies as a past child molester. Has Mary finally met her biggest challenge yet?