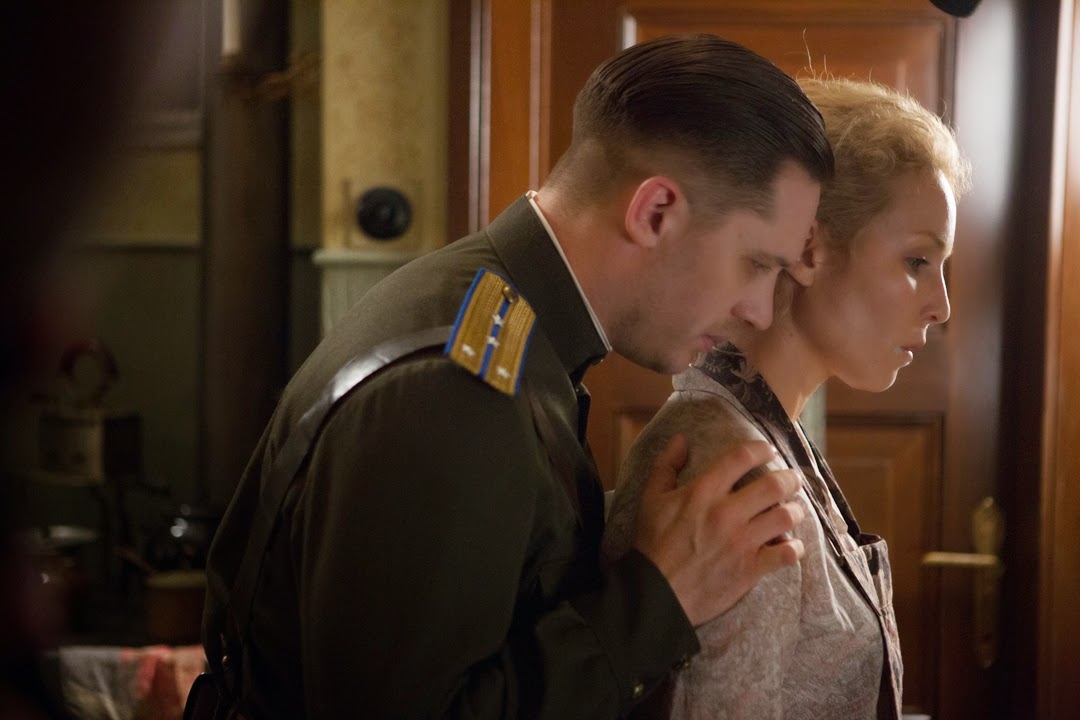 Orphan-turned-war-hero Leo Demidov (Hardy) has risen through the ranks of the MGB, the state’s domestic security apparatus, to become a star investigator of dissident activity. When he and sadistic colleague Vasil (Kinnaman) capture suspected spy Anatoly Tarasovich Brodsky (Clarke), the “traitor” names Leo’s own wife, beautiful schoolteacher Raisa (Rapace), as a co-conspirator.

Forced to investigate Raisa on suspicion of treason, Leo also takes on the case of a boy found carved up alongside railroad tracks. Despite evidence to the contrary, Leo describes the death as an accident to the boy’s father, MGB Agent Alexei Andreyev (Fares Fares) because Stalinist decree dictates, “There is no crime in Paradise.” 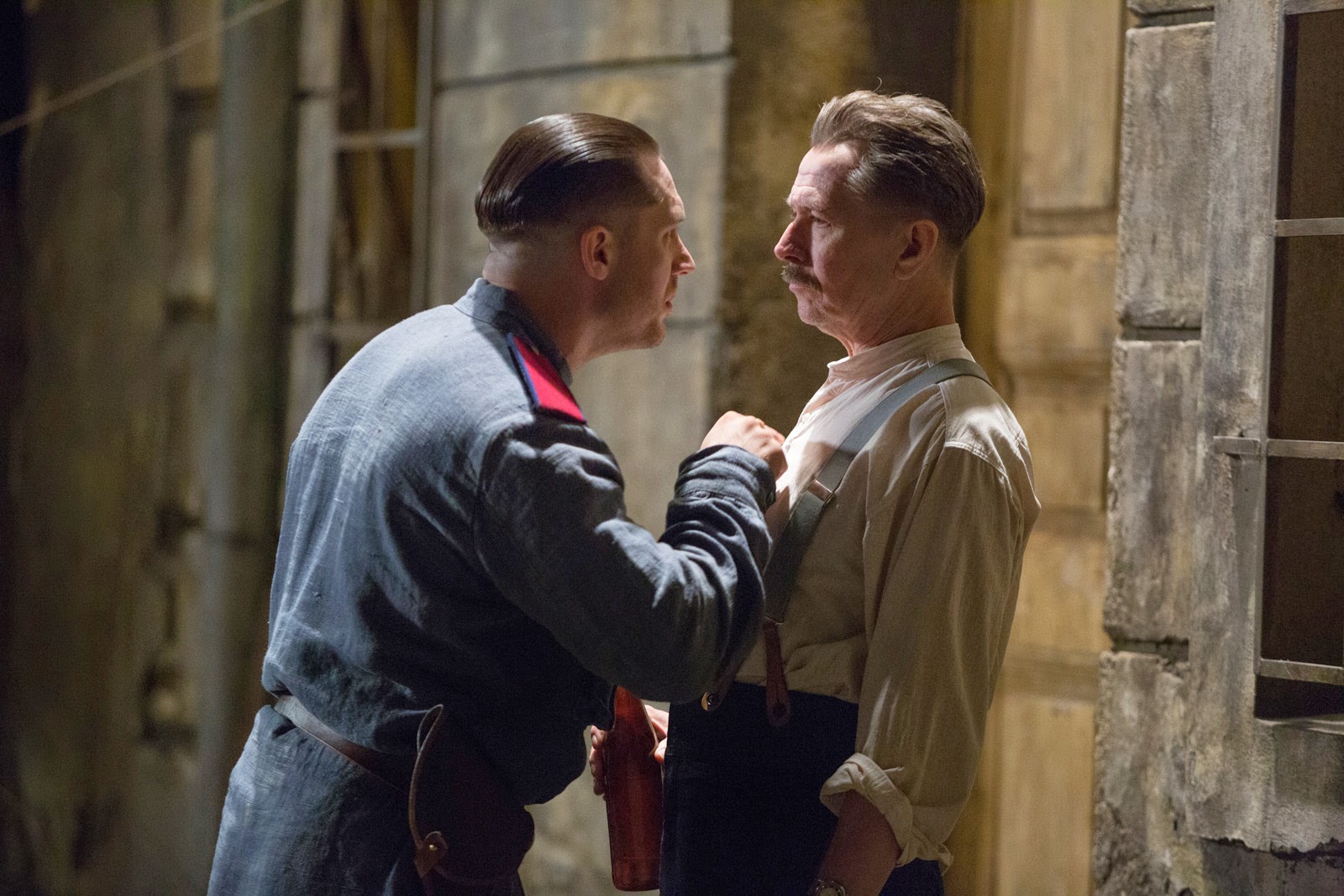 When Leo refuses to denounce his wife, MGB Commander Major Kuzmin (Vincent Cassel) exiles the couple to the grim industrial city of Volsk. Confined to a one-room hovel and stripped of rank, Leo and Raisa learn that dozens of other dead boys have suffered gruesome “accidents” near railroad tracks under almost identical circumstances as Alexei’s son. Teaming with local Police Chief General Nesterov (Oldman), they sneak back to Moscow and pursue clues before zeroing in on mild-mannered factory worker Vladimir Malevich (Paddy Considine).

Desperate to rein in his former colleague, the increasingly psychotic Vasili tries to stop Leo and Raisa before they catch the child murderer, who has no place in Stalin’s supposedly crime-free Communist society. In the end, only one man survives the spectacular forest showdown between hero, pedophile and bureaucrat. But despite the victims and the damage done, the Soviet State remains immune to Leo’s inconvenient truths. 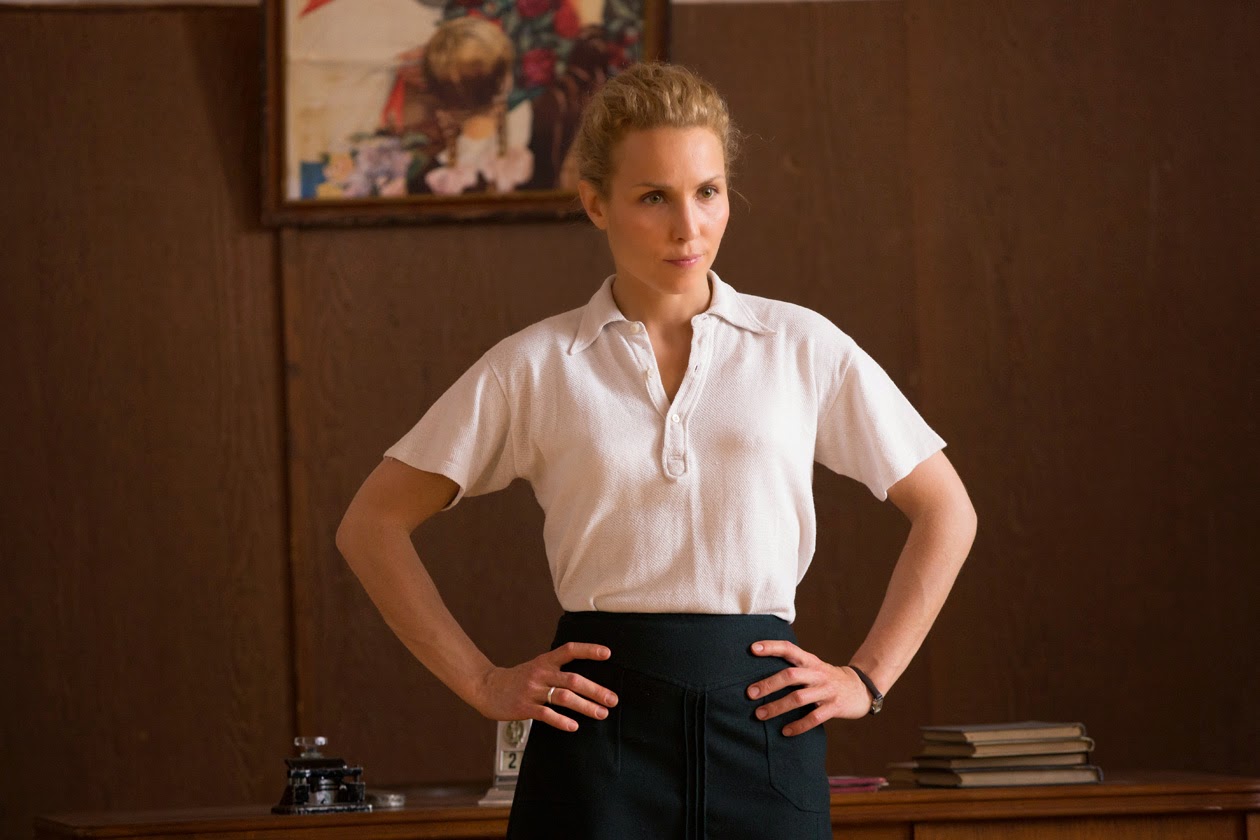 The author’s fans include Oscar®-winning filmmaker Ridley Scott. Galvanized by Child 44’s rich characterizations and epic scope, Scott arranged nine years ago to meet the novelist at his London production headquarters. “It was slightly surreal,” recalls Smith. “I’d gone from having this project I thought might not even get published to talking to Ridley Scott in his office sitting next to a Gladiator sword and a prop from Alien. Ridley was full of incredible ideas for the project.”

Amy Schumer, a New Comedy Star is Born with “Trainwreck”