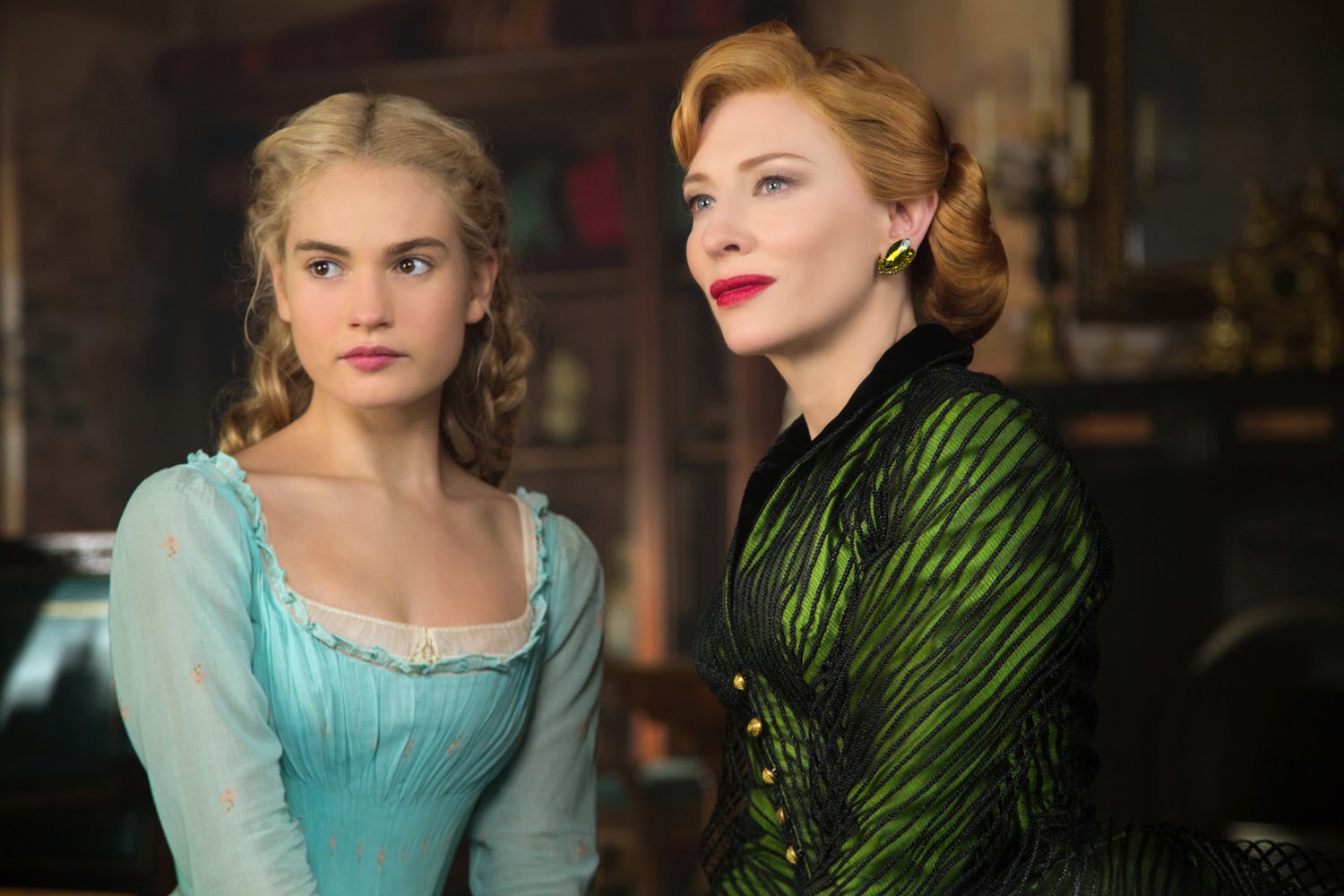 For the role of the feared—yet misunderstood—Stepmother, in Walt Disney Pictures’ live-action fairytale, “Cinderella,” director Kenneth Branagh was certain that Cate Blanchett was an actor who could embrace the role without making it a caricature.

The actress, who has been nominated for an Academy Award® six times (four of which were for playing real people: Elizabeth I in “Elizabeth” and “Elizabeth: the Golden Age,” Katharine Hepburn in “The Aviator,” Bob Dylan in “I’m Not Here” and Sheba Hart in “Notes of a Scandal”), brings to life the role of the elegant widow who has been battered by life and resents Ella for her youth, beauty and charm.

“This is a story where kindness is a super power, which is something Ken and I talked about early on that I found really exciting,” says Blanchett. “Plus, I have three boys, so I’m aware of all the films out there that have male superheroes at the fore, so I was thrilled to be part of the telling of a female-centric story.”

Not wanting the Stepmother to be totally unsympathetic, Blanchett embodied the role with wit and emotion, giving a performance that was full-blooded in its execution, while still offering little nuances that alluded to her pain within.

“We wanted to show audiences that this character did have genuine and reasonable goals,” says Branagh. “For instance, wanting to have a life that was taken care of from a financial point of view and a happy future for her daughters are understandable goals, although the way she goes about securing it is unusual and excessive.” 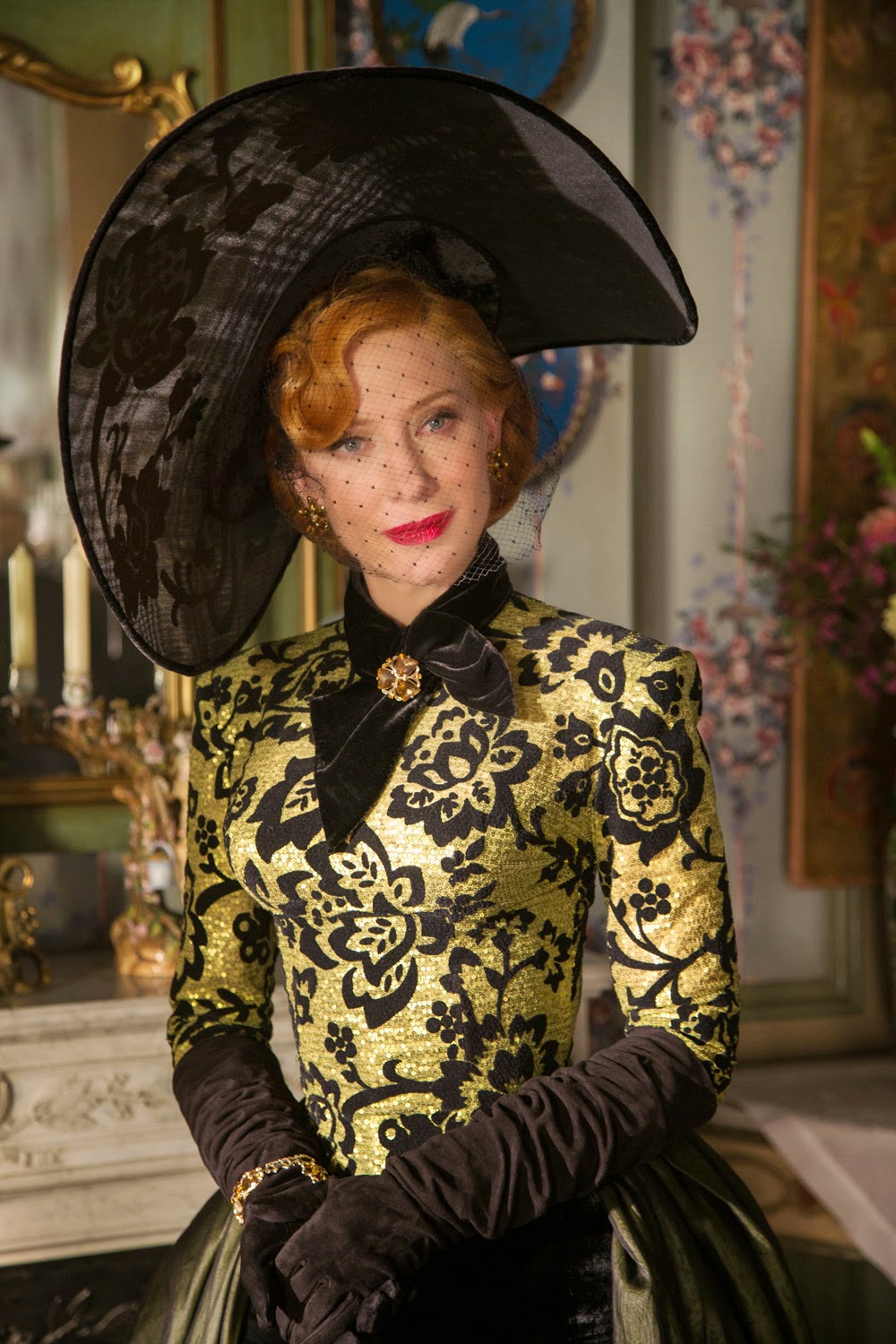 Adds producer Allison Shearmur, “What’s incredible about Cate’s performance is that even in those tiny moments of repose and contemplation, she allows the Stepmother to give the impression that she is carrying a whole life with a series of broken dreams of her own.”

“With a truly great actress like Cate, we get to see dimension in the Stepmother, a complex and detailed humanity,” says Branagh. “She carries herself with such aplomb and she’s so beautiful and there’s so much going on behind her eyes. Cate’s Stepmother is scary, passionate and intelligent, and she’s dangerous.”

He continues, “Being able to provide her character with these kind of back-stories and to have it played with such lightness and effortless ease by someone like Cate, is one of the ways this film distinguishes itself from other versions of similar fairy tales, and I think modern audiences will appreciate that.”

Blanchett knew it would be fun to inhabit such a colorful character, but did not want to go for high camp, which is easy to do in fairy tales. Branagh wanted her to find the core of truth in the character instead, which turned out to be quite a balancing act.

“No one is purely evil…everyone’s got a motivation,” Blanchett says. “The Stepmother is what happens when good is perverted: It often turns wicked. I was interested in exploring what makes someone wicked.”

She continues, “Through little vignettes in the film, you get a glimpse that this is a woman who has tried to start her life again, and becomes intensely jealous of the deep affection that her new husband has for his daughter. She’s not as beautiful and not as kind and as good as her. And when Ella’s father dies, the financial pressures, the panic and the jealousy grow…that is what makes her wicked.”
Indeed, there are the glimpses of information provided in the story that offer clues as to why the Stepmother is the way that she is. She’s not just a villain, and she’s not just cruel…it actually goes much deeper than that.

Explains Shearmur, “In the film, audiences will see that the Stepmother has experienced her own loss, her own grief and her own broken heart, but she reacts with anger and proceeds to do whatever it takes to find a level of comfort for herself and her daughters.”

She continues, “Our story takes place in a different time and in a different society, when women could not go out and necessarily find jobs and take care of their families. It was only through marriage where they found any sense of security, and that’s what makes her character so complex: the fact that her reasons are legitimate.”

The Stepmother prides herself on maintaining a respectable appearance, home and well-bred daughters, putting a great deal of importance on what others think of her. But her emotional pain deepens when she realizes that her new husband will always think of Ella’s Mother—not her—as the love of his life, and intensifies when her second chance at love is lost. At the same time, she comes to realize the vast differences between Cinderella and her girls, which infuriates her even more.
Concludes screenwriter Chris Weitz, “It was really important from the get-go that the Stepmother have something to say for herself. Not only does she have her own share of pain and suffering in her past, but she is quite charming and seductive as well.”