“Making Waves in Our World.” That’s the tagline of the new poster art of the comedy adventure “SpongeBob: Sponge Out of Water” which has just been released, along with a brand-new trailer that may be viewed below.

In the film, SpongeBob SquarePants, the world’s favorite sea dwelling invertebrate, comes ashore to our world for his most super-heroic adventure yet. The film is a production of Paramount Pictures and Nickelodeon Movies. 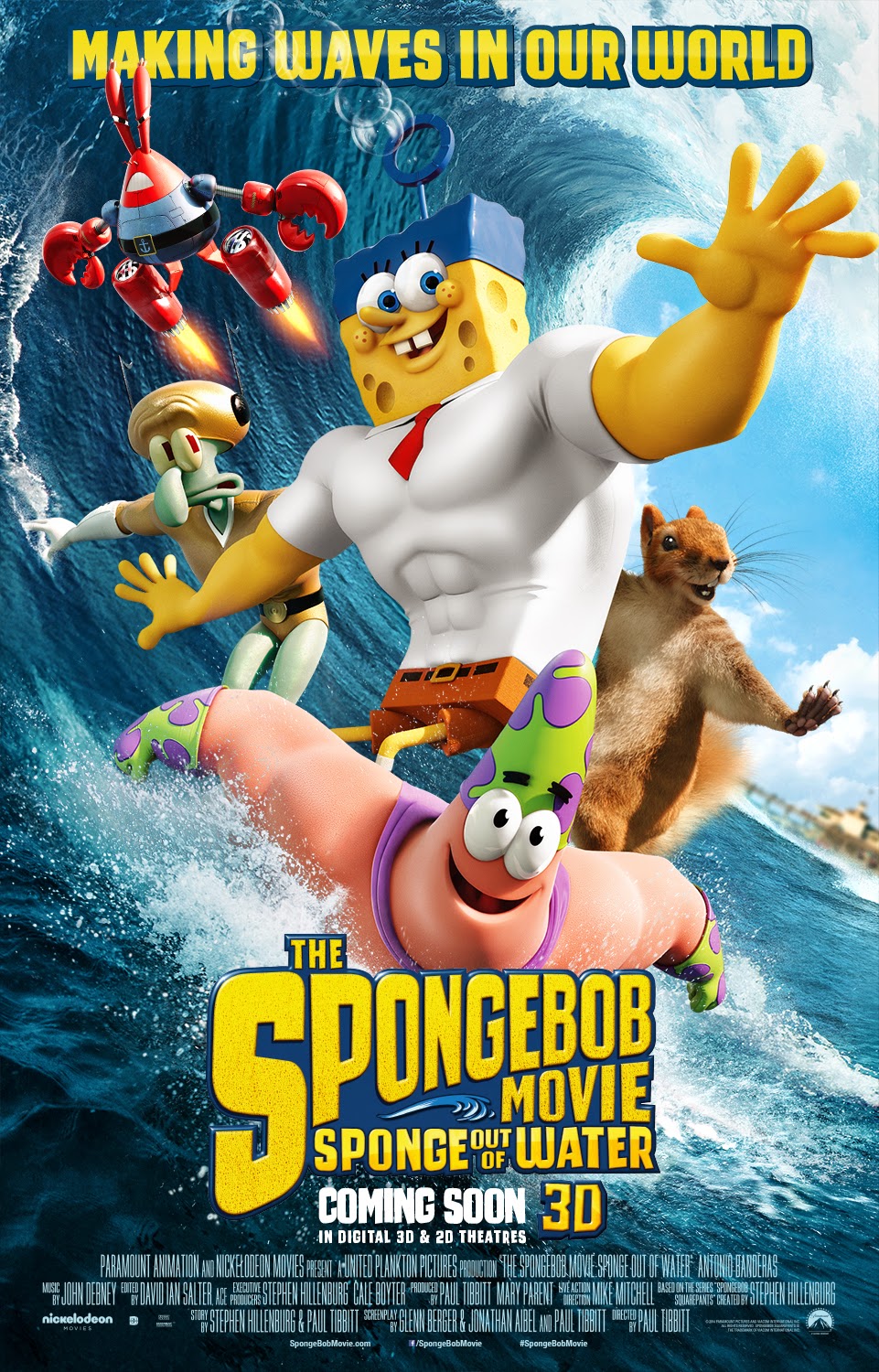 Opening across the Philippines in April 2015, “SpongeBob: Sponge Out of Water” will be distributed by United International Pictures through Columbia Pictures.