Paddington has grown up deep in the Peruvian jungle with his Aunt Lucy who, inspired by a chance encounter with an English explorer, has raised her nephew to dream of an exciting life in London. When an earthquake destroys their home, Aunt Lucy decides to smuggle her young nephew on board a boat bound for England, in search of a better life. Arriving alone at Paddington Station, Paddington soon finds that city life is not all he had imagined – until he meets the kindly Brown family, who find him with a label tied around his neck which reads ‘Please look after this bear. Thank you.’ They offer him a temporary home whilst he searches for the explorer who impressed Aunt Lucy all those years before.

But when Paddington catches the eye of a sinister, seductive taxidermist, it isn’t long before his home – and very existence – is under threat…

PADDINGTON brings together an all-star cast, with Hugh Bonneville (Downton Abbey, Monuments Men) and Sally Hawkins (Made in Dagenham, Blue Jasmine) as Mr. & Mrs. Brown, Nicole Kidman (The Hours, Moulin Rouge) as the evil taxidermist, Julie Walters (Billy Elliot, Harry Potter) as Mrs. Bird the housekeeper, Jim Broadbent (Harry Potter, The Iron Lady) as Mr. Gruber the owner of the antiques shop and Peter Capaldi (Dr. Who) as the Browns’ neighbour, Mr. Curry. The film is directed by Paul King (The Mighty Boosh) and produced by David Heyman (Gravity, the Harry Potter series).

The film opened in the UK on 28th November to wide critical acclaim and went straight to number one in the box office charts. Since then it has opened in movie theatres around the world where it is continuing to delight audiences of all ages.

Paddington is coming to theaters nationwide this February 11 and we are giving away tickets and poster! In cooperation with Captive Cinema we give you Paddington Mive Treat Challenge.

To join you must meet the following requirements and complete some tasks.

1. Any 13+ aged individual and lives in Metro Manila only.
2. Complete the tasks below (like our pages and answer some questions)

Prizes are 2 Paddington Movie tickets and poster. 5 Lucky winners will get the prize!

Winners will be contacted via email and prizes will be delivered  via a courier. 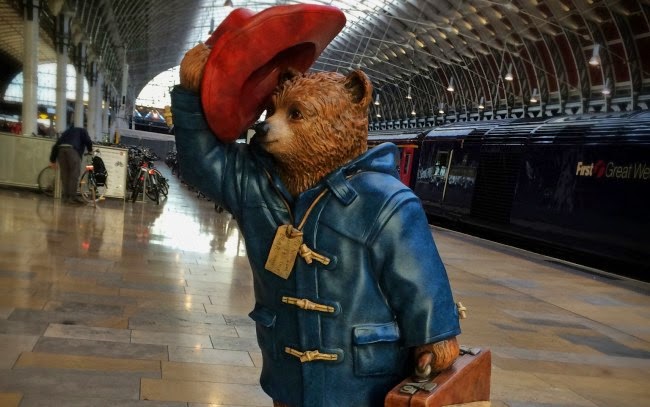 ABOUT US
Rezirb.com is a lifestyle website that gives you all the latest buzz around the metro.
Contact us: stanley@bnlmultimedia.com
FOLLOW US
© Newspaper WordPress Theme by TagDiv