Ezra Miller (Fantastic Beasts and Where to Find Them) first appeared as Barry Allen aka The Flash in a cameo in Snyder’s Batman v Superman: Dawn of Justice and was again seen in the role in David Ayer’s Suicide Squad. Now, Miller takes center stage along with the other DC Super Heroes in Warner Bros. Pictures’ epic action-adventure Justice League.

In the film, when Bruce Wayne (Ben Affleck) recruits Barry Allen, it’s experience meets enthusiasm, but what else has the younger man got? Unlike Wonder Woman’s or Batman’s years of fighting all manner of enemies, Barry admits he’s never actually done battle, stating nervously, “I’ve just pushed some people and run away.” 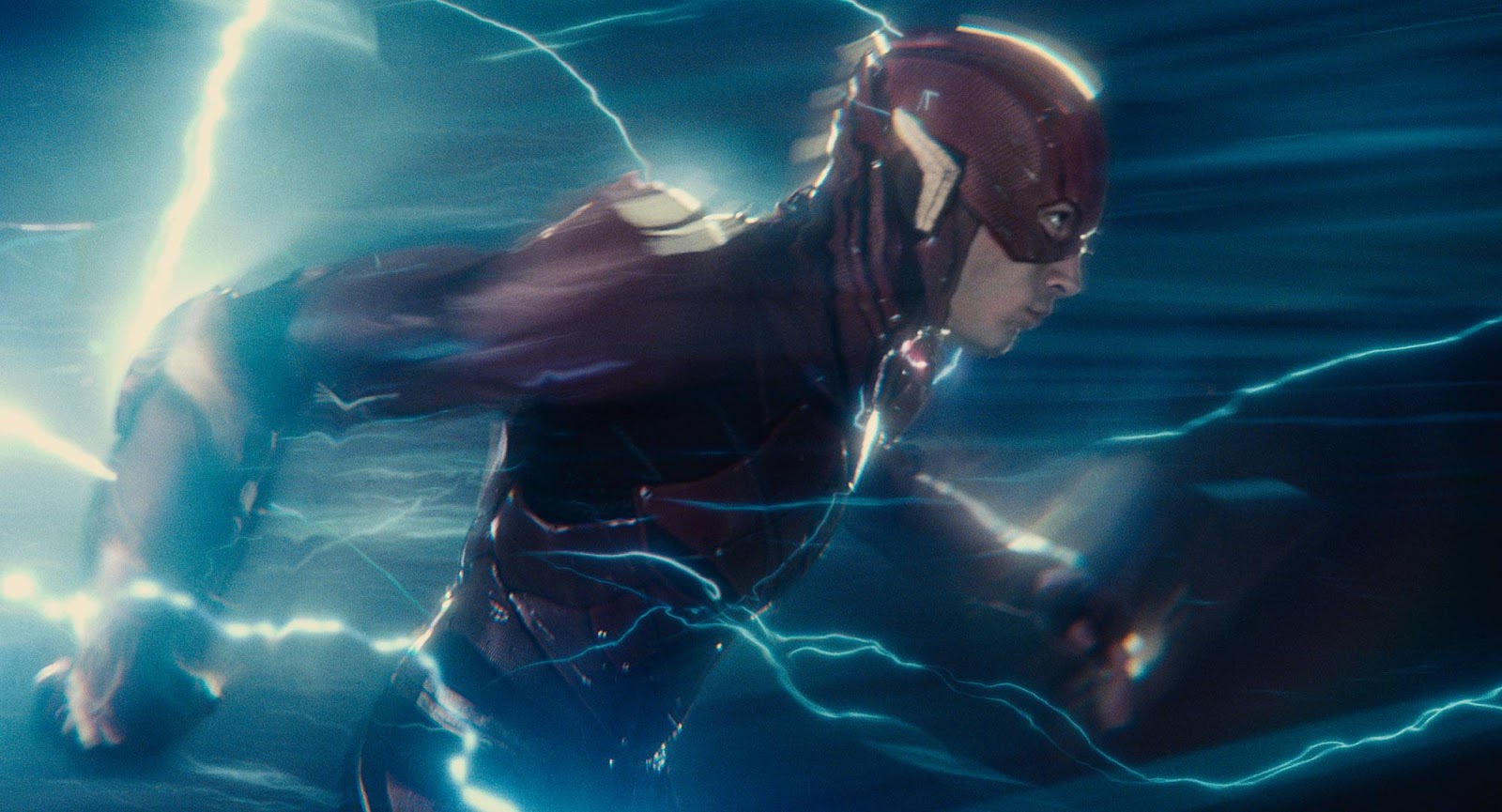 Of course, he can run—to call him fast is, according to Barry, an oversimplification. To say the least.

An excessively energetic student attending Central City College, Barry studies criminal justice with the hope of one day freeing his incarcerated father. More than eager to team up with the crime-fighting icon Batman, Barry’s quick mind is surpassed only by his ability to move at hyper-speed.

Ezra Miller, who plays the dual role, is himself a longtime fan of the comics, the character, and the physics behind him. “The Flash is a scientist in the sense that a scientist studies the natural order of things, makes observations and performs experiments,” Miller explains. “But Barry’s inherently interested in quantum mechanics because he’s literally running into them.

“When we first meet Barry in the film,” Miller continues, “he’s just awakening to his powers. He hasn’t really tested them out, he’s not yet breached the event horizon, as it were. But he’s starting to feel there’s an opportunity waiting for him.” 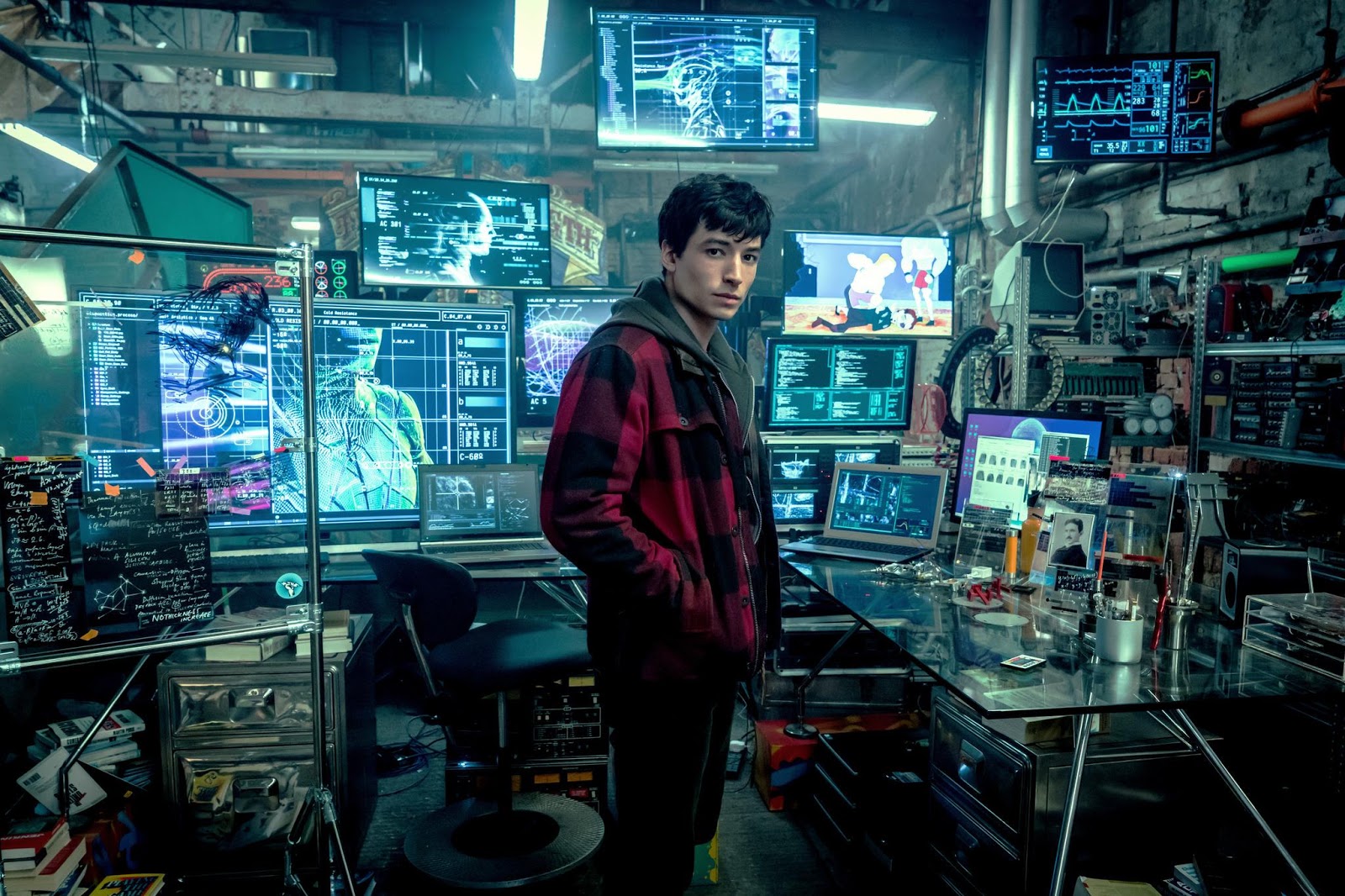 That opportunity comes in the form of none other than Bruce Wayne. Initially resistant, when Barry realizes it is actually the Batman who is asking for assistance, he is unable to contain his excitement, a feeling Miller expects the audience will share. “The Flash is a gateway character,” says Miller. “He’s like any of us would be, a spectator excited about being brought into the game. He’s giddy and delighted, bemused and confused…and admittedly really scared.”

As portrayed by Miller, Barry’s youth and naiveté only add to his charm. But the molecules whirring about within Barry give him a nervous energy and a rapid-fire conversational style that could wear on his more world-weary counterparts were it not for his genuine enthusiasm and complete willingness to join the League. A League which numbers, according to Bruce… “Not enough.”

Despite his natural levity, Miller felt the weight of joining the League when he stepped onto the set among the other Super Heroes. “It was that feeling when you look at someone you know, at real people, but you suddenly see an Alex Ross painting in front of you. And you’re in it, too!” he exclaims. 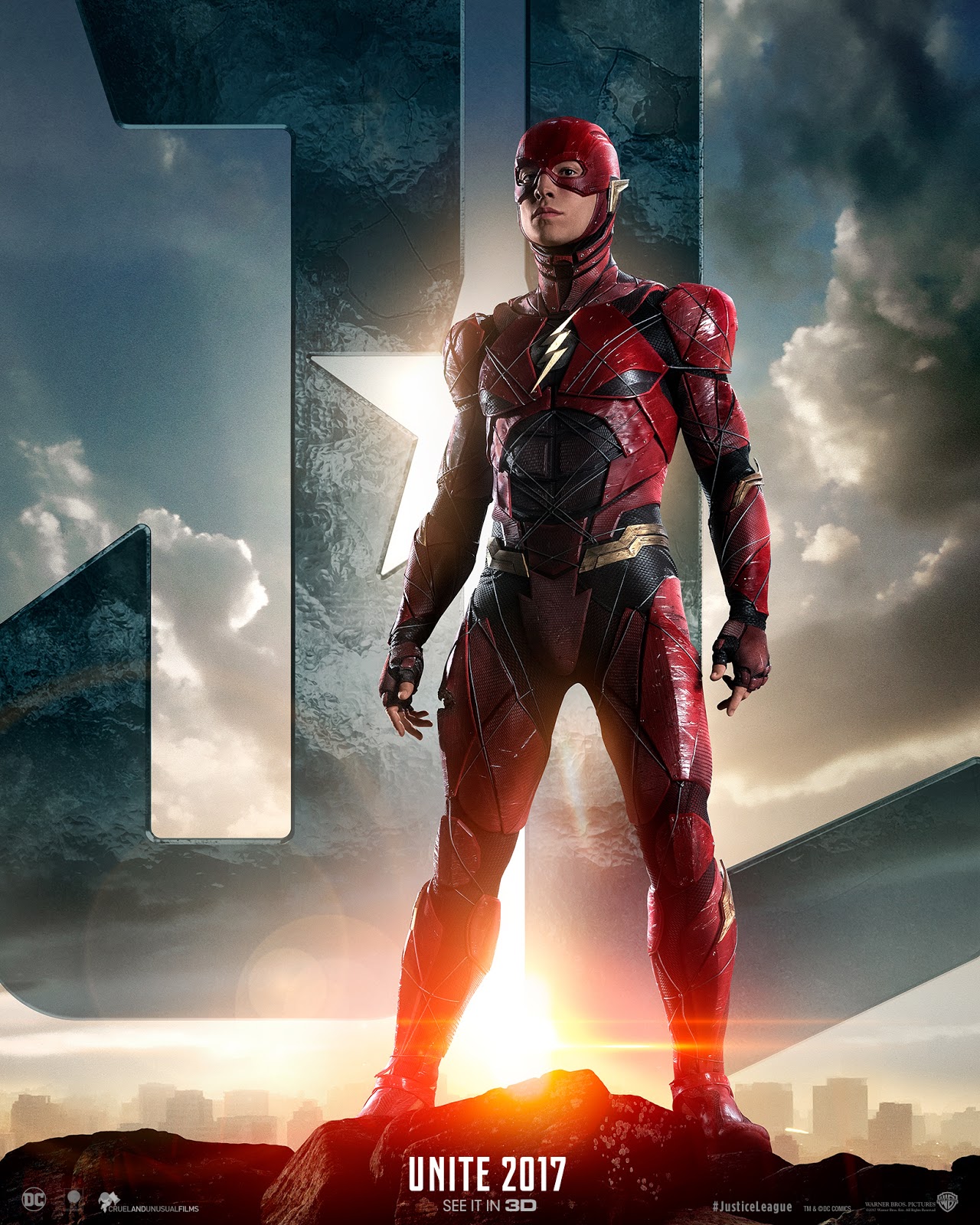