Jodie Foster has been honored with the 2,580th star on the Hollywood Walk of Fame.

“We have been waiting for a long time for Jodie Foster to set a date for her star and are thrilled that the time has come. She is a great role model for women and we are proud to add her star on the Hollywood Walk of Fame,” stated Walk of Fame producer Ana Martinez.

The actress and director was joined by her friend Kristen Stewart for the ceremony which took place May 4 on Hollywood Boulevard.

“I grew up blocks from Hollywood Boulevard and would cross it every single day of my life,” she said during her acceptance speech. “And you do that thing where you’re like, ‘Will I ever be on the Walk of Fame someday?’ ”

Foster, who mentioned how she has been offered a star before but turned it down until she had a film to promote, is awaiting the upcoming release of her fourth directorial effort, “Money Monster” starring George Clooney and Julia Roberts. “I don’t know why that was important to me; it seems silly, but that’s why I waited all these years,” the two-time Academy Award winner said.

“She’s always encompassed what I thought was sort of the prime example of where you want to be and she’s been there for me,” Stewart said in her speech honoring Foster whom she met on the set of “Panic Room” when she was 10-years-old. “She’s a baller on every level. It’s out of control,” Stewart continued. “She did everything young. She kicked Yale’s [expletive]. She won Oscars. She became a filmmaker herself. She created a family and still is just normal and cool and kind.”

Foster who entered Hollywood as a child is known for her roles in “Taxi Driver,” “Freaky Friday,” “The Accused,” “The Silence of the Lambs,” “Contact” and “Panic Room.” 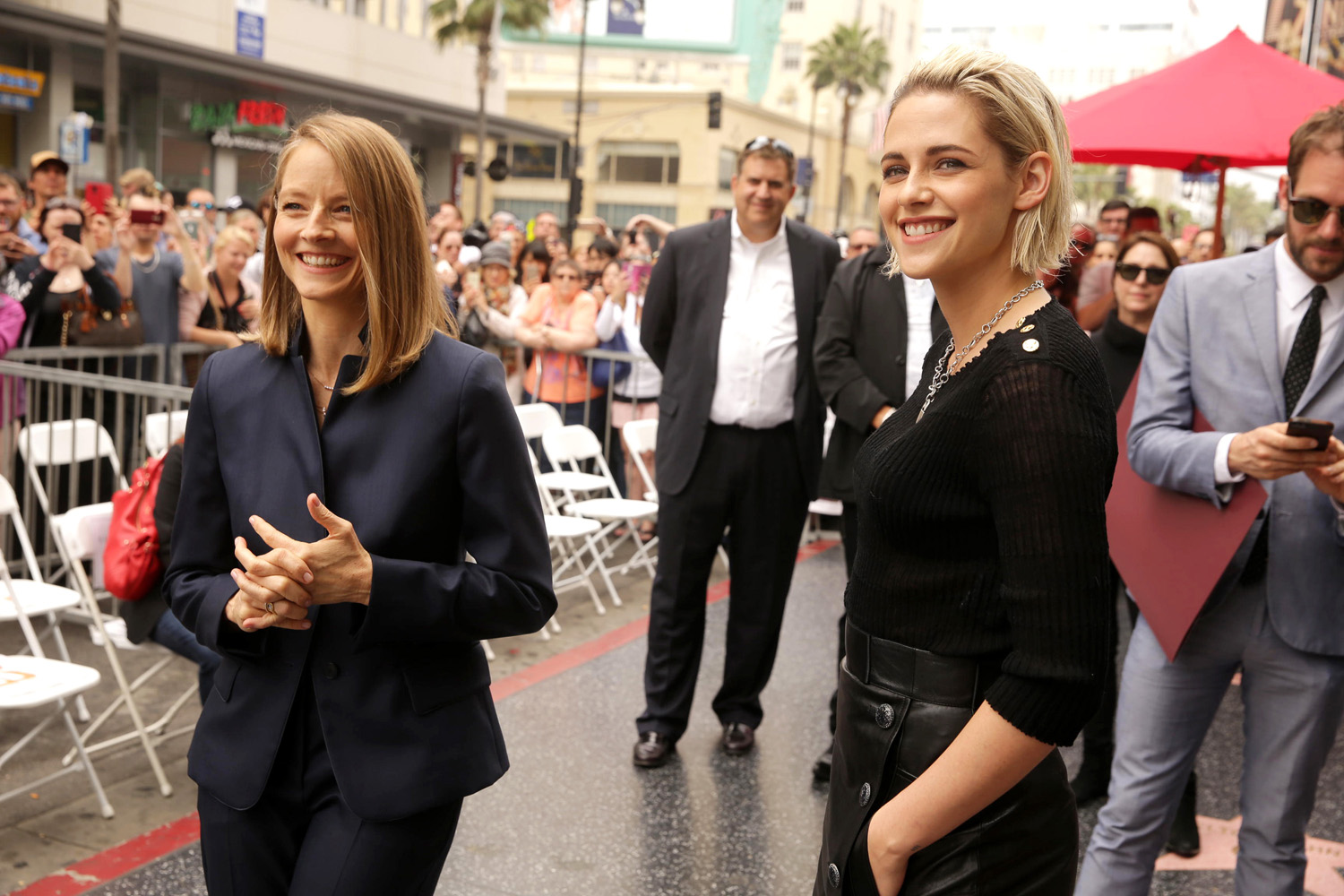 “I’ve had a long career; it’s been 50 years and I’ve had to take breaks and had moments where I burned out a little bit and had to find my love for it again,” the 53-year-old said to Variety. “I’m always amazed — you can be sort of blasé, and then you come back and get excited about something and discover it all again. I’ve learned that the meaningfulness comes from the actor. It’s your investment, it’s up to you to really take the material and make it deeper. That’s always challenging. The one thing about acting that’s true is it’s either too challenging for one human being to have to do or it’s just too boring for one human to have to endure.”

“Money Monster” has also been announced as an official selection of the 2016 Cannes Film Festival where it will premiere next month. 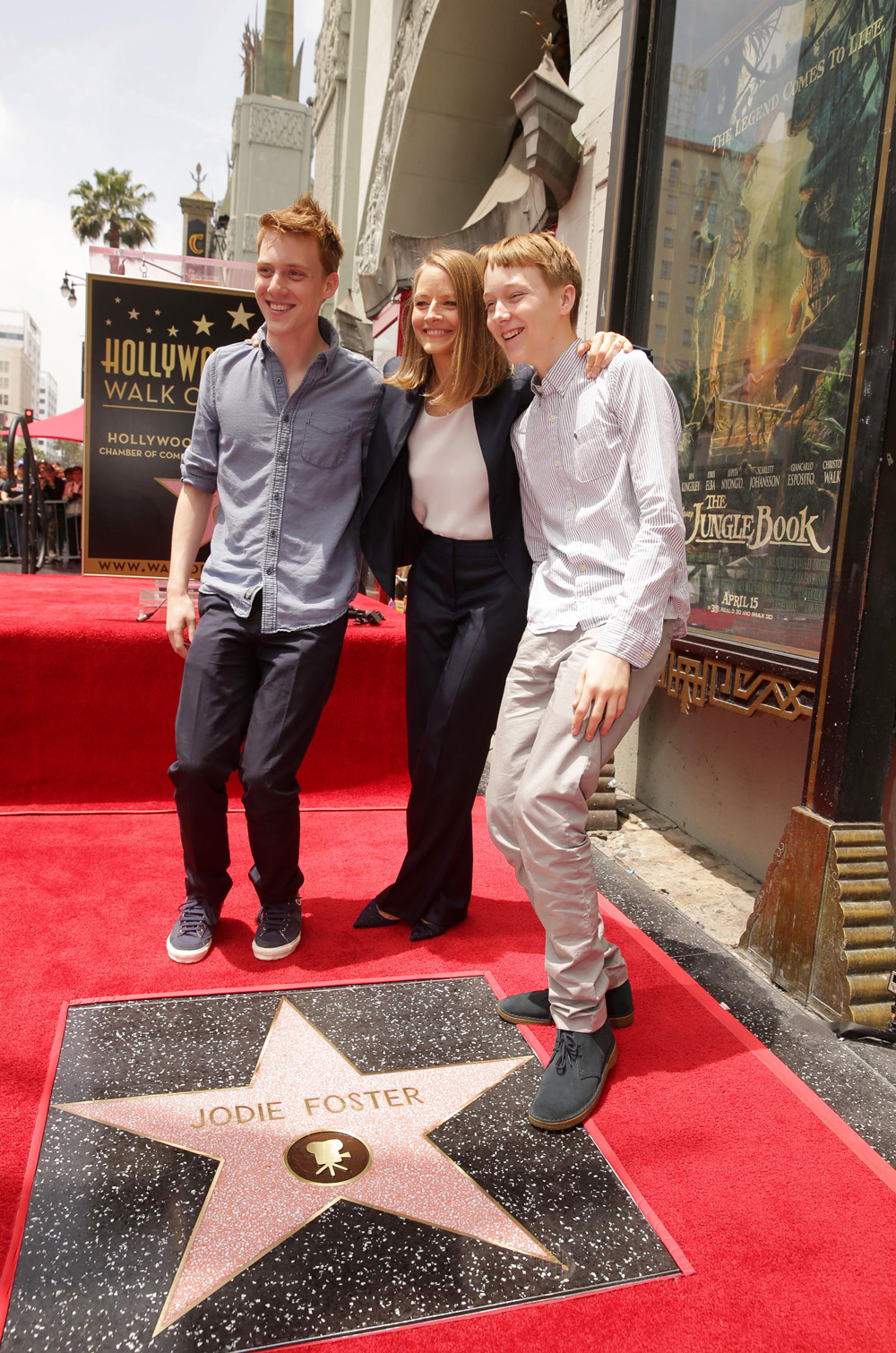 In the taut and tense thriller “Money Monster,” Lee Gates (Clooney) is a bombastic TV personality whose popular financial network show has made him the money wiz of Wall Street. But after he hawks a high tech stock that mysteriously crashes, an irate investor (Jack O’Connell) takes Gates, his crew, and his ace producer Patty Fenn (Roberts) hostage live on air. Unfolding in real time, Gates and Fenn must find a way to keep themselves alive while simultaneously uncovering the truth behind a tangle of big money lies.

Opening across the Philippines in May 25, 2016, “Money Monster” is distributed by Columbia Pictures, local office of Sony Pictures Releasing International.

Lisbeth Salander Returns to the Screen in Sony’s “The Girl in...