ReZirb
Home Entertainment Titans Vs. Titans In “Attack On Titan (Part 2): End Of The...

Reeling from the success of the first “Attack on Titan” that devoured Japan’s box-office when it opened number one that earned more than five million dollars on its opening week comes the second part “Attack on Titan: End of the World” that is poised to outperform its predecessor at the box-office worldwide.

Struggling and fighting united against the Titans, Eren after being devoured by a Titan mysteriously came back to life taking on after the Titan’s form and strength. Surprisingly, Eren after being turned into a Titan started to attack the Titan towards the end of the film, leaving the rest in awe that they finally found an ally against the towering monsters. However, not everybody is convinced that Eren is humanity’s last hope against the Titans since a few still doubt where his loyalty lies between man and Titans.

“Attack on Titan: End of the World” takes us back to futuristic and apocalyptic Japan where humans are now repairing the holes in the wall that the Titans have destroyed. Along with Eren, mankind’s last counterattack begins as the gigantic humanoids continue to devour people. Haruma Miura, who plays Eren, the film’s lead star seriously prepared for the role, “We don’t use any stunt men in the film. As for the training, there was a lot of muscle that I had to build, but not for aesthetic reasons. It was all for the wire action because of course that is the highlight of the film. So there was a lot of training of the inner muscles,” Miura said in his various interviews.

The movie was based on the Manga series that has become a critical and financial phenomenon with over 50 million volumes produced. One of the most compelling stories that recently came out, “Attack on Titan: End of the World” is directed by Shinji Higuchi’s from a two-part film based on Hajime Isayama’s best-selling comic about teens battling human-eating giants, 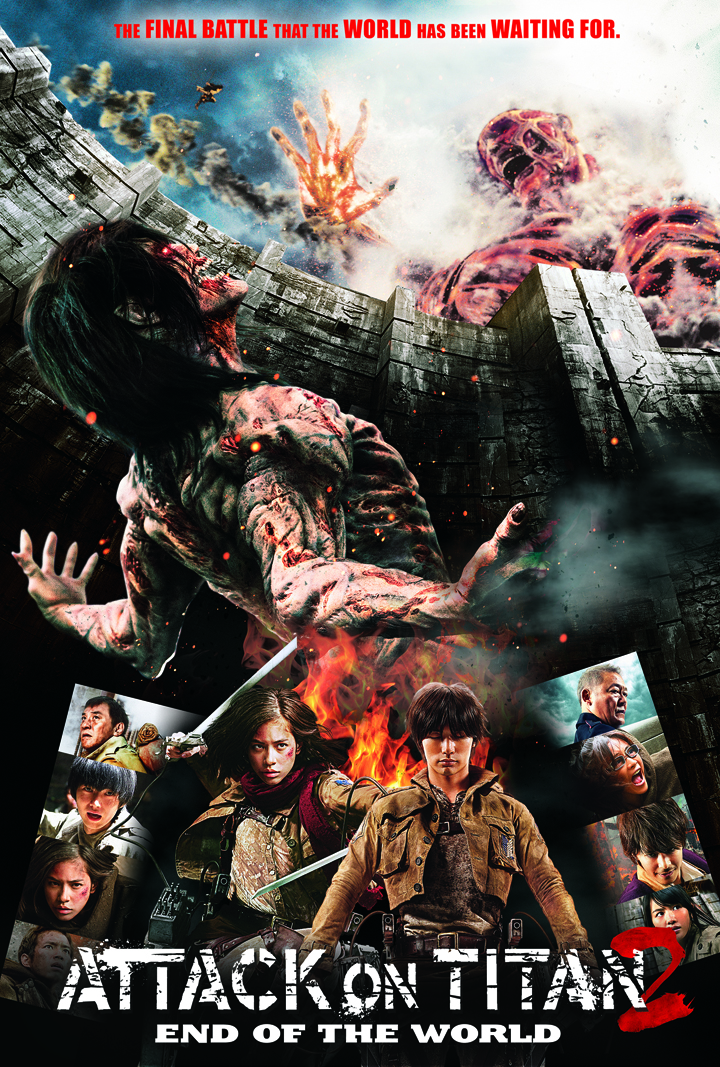 Kiko Mizuhara, who plays Mikasa, a leading character in the film shared on how she prepared for the role, “The day when I got the part, when I knew that I got the part for Mikasa, I went into training right away because I knew from the outset that she was the strongest character in the film. I had a personal trainer because, you know, you have to act with the Omni-Directional Mobility Gear so I had to put a lot of muscle on my legs and my lower back. So it was every day going into the studio to train for the wire action. It was really, really hard. On the heavier days I would train for eight hours a day. It was hard, but I thought if I did have more time there was so much I would’ve been able to do, but nevertheless it was very hard days of training.”

Unraveling the mystery behind the Titans, “Attack on Titan: End of the World” opens this September 23 nationwide from Pioneer Films.