The idea for the latest family adventure film from Terry Jones, “Absolutely Anything,” starring Kate Beckinsale and Simon Pegg began life many years ago when the former Python imagined a movie inspired by a short story written by H.G. Wells at the end of the 19th century — the comedic fantasy ‘The Man Who Could Work Miracles’.

“Absolutely Anything” tells the tale of a disillusioned schoolteacher, Neil Clarke (Pegg), who is suddenly granted the ability to do anything he wishes. These powers are bestowed upon him by a group of aliens (voiced by Cleese, Gilliam, Jones, Palin and Idle), who are watching him from outer space. Unbeknown to Neil, how he employs his newfound powers will dictate the fate of mankind. One wrong move and the aliens will destroy Earth forever.

While struggling with these miraculous powers, Neil is also bidding to win the heart of the girl who lives in the flat downstairs, Catherine (Beckinsale), and he calls upon his loyal canine companion Dennis (voiced by Robin Williams in his last-ever film role) to help him along the way. Catherine’s former boyfriend (Riggle), meanwhile, appears on the scene to prove an exacting nemesis. 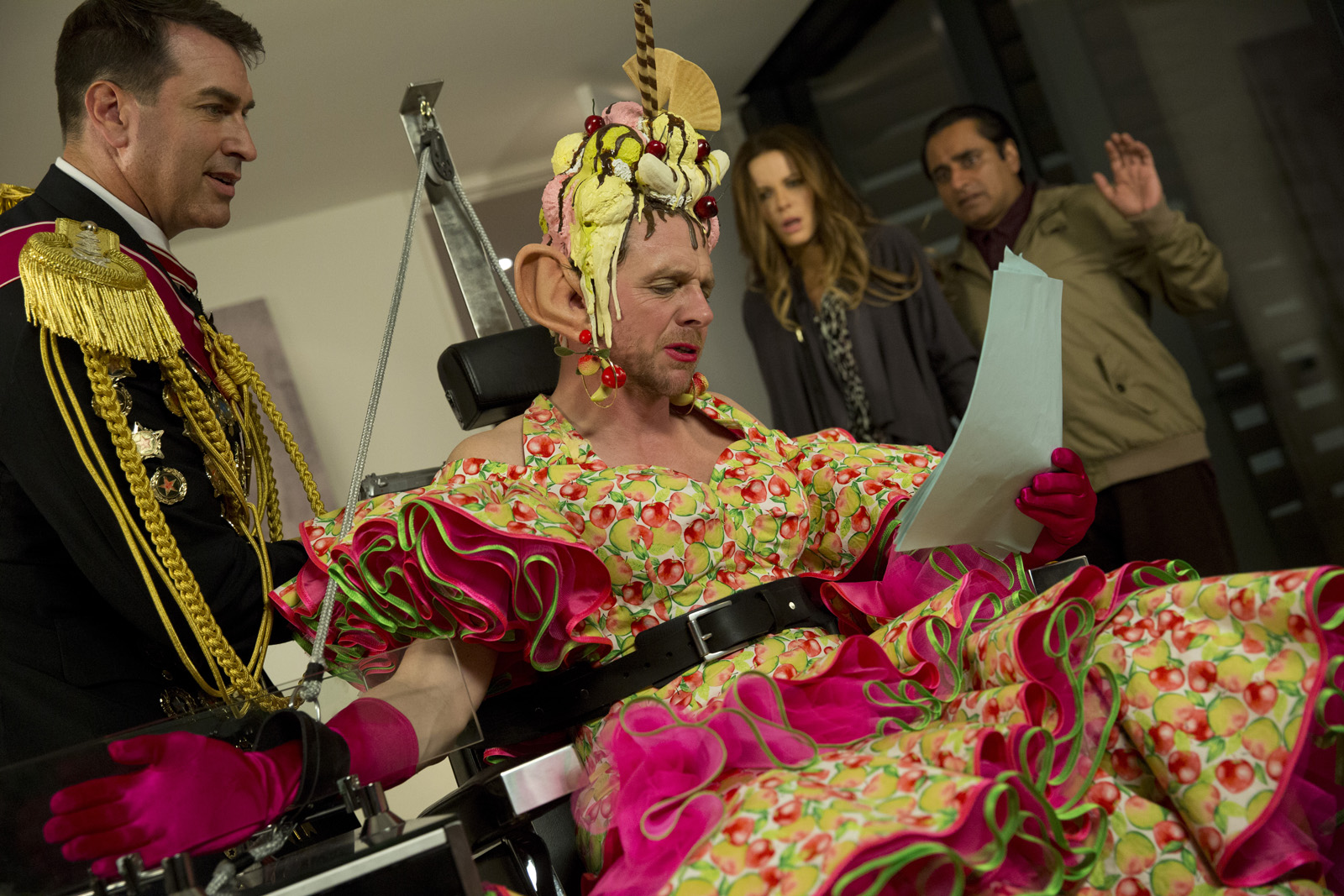 Jones’ interest in the story was rekindled, however, following a call from producer Mike Medavoy, with whom Jones has enjoyed a long working relationship, starting with Erik the Viking back in the late 1980s. As a distributor, Medavoy had also worked on the release of the seminal 1979 Monty Python movie Life of Brian. “I had gone to Terry and asked him if there was anything he had wanted to direct and he sent me this script,” says Medavoy. “I thought it was very funny and we proceeded to try to get it made.”

Once Terry Jones revisited his original script, he asked screenwriter Gavin Scott to join him and the pair reworked the story together. “When I was working on George Lucas’ TV series The Young Indiana Jones Chronicles, George asked me to persuade Terry to direct one of the episodes I had written,” explains Scott. “When I went to see him, Terry said that he didn’t have time because he was rewriting a script. With considerable cheek I offered to help with the rewrite, and we have written material together ever since.”

Terry Jones explains how the film opens. “Aliens intercept the Pioneer spacecraft as it’s leaving the solar system and decide to assess planet Earth and its inhabitants.” 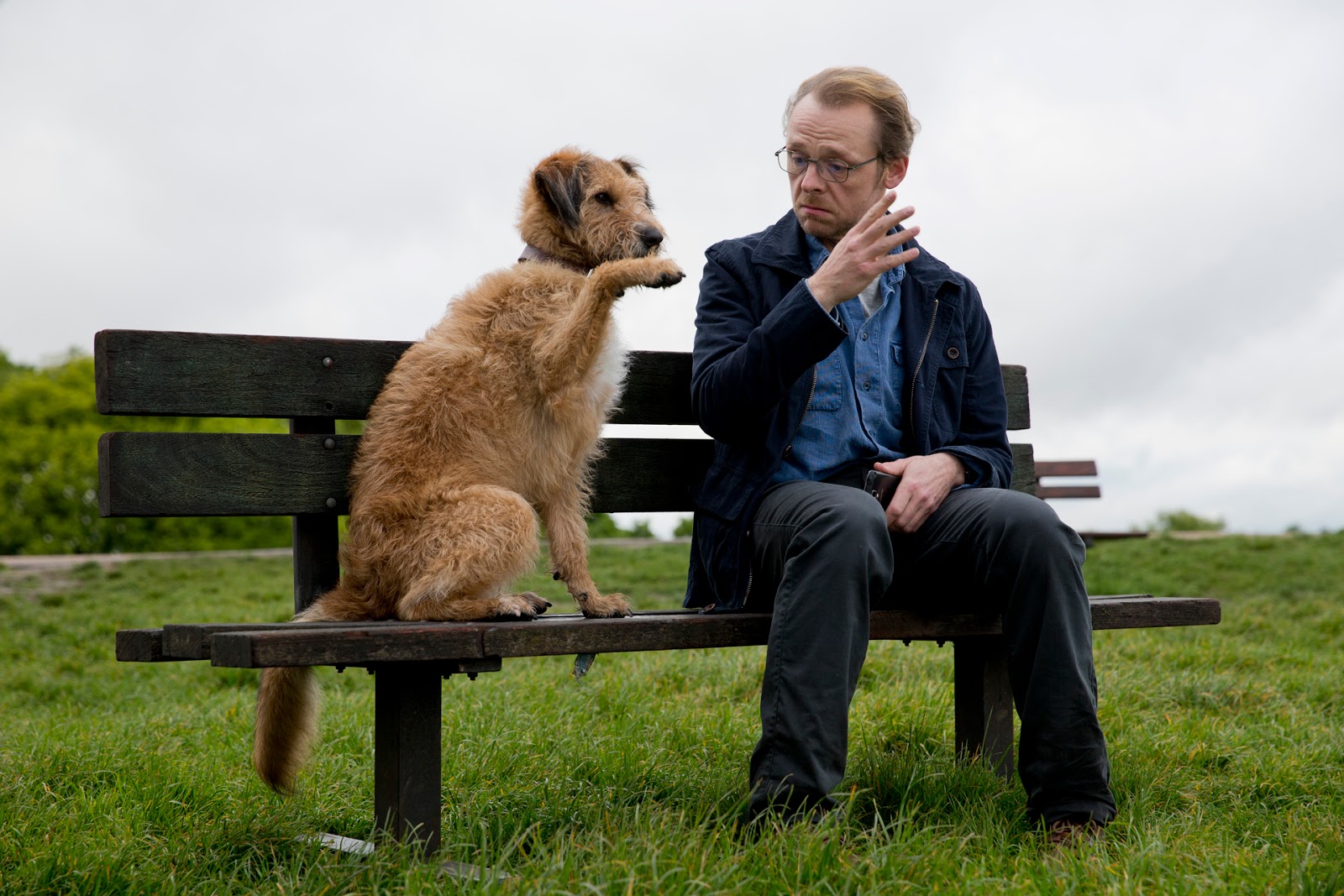 In real life, NASA launched the Pioneer mission in 1974 with the intention of studying the outer rim of our solar system. They included a plaque about the human race and a map of where to find us, just in case intelligent life discovers the probe in deep space. In the film, this is exactly what happens when the Intergalactic Council of Superior Beings intercepts the Pioneer probe and starts studying mankind. They wonder whether they should destroy the Earth and its inhabitants for the good of the Intergalactic Community.

The aliens, however, are bound by intergalactic law and must give mankind a chance to prove itself before condemning the planet to oblivion. “They then choose one member of the human race at random, who happens to be a teacher in a secondary school,” continues Terry Jones. “Once he is chosen, they then give him intergalactic powers. How he behaves will dictate the planet’s fate.”

“Absolutely Anything” opens this August 12 nationwide from Axinite Digicinema.