From director George Miller, originator of the post-apocalyptic genre and mastermind behind the legendary “Mad Max” franchise, comes “Mad Max: Fury Road,” a return to the world of the Road Warrior, Max Rockatansky.

Haunted by his turbulent past, Mad Max (Tom Hardy) believes the best way to survive is to wander alone. Nevertheless, he becomes swept up with a group fleeing across the Wasteland in a War Rig driven by Imperator Furiosa (Charlize Theron). They are escaping a Citadel tyrannized by the Immortan Joe, from whom something irreplaceable has been taken. Enraged, the Warlord marshals all his gangs and pursues the rebels ruthlessly in the high-octane Road War that follows.

With “Mad Max: Fury Road,” director/writer/producer George Miller unleashes a world gone mad with the concussive force of a high octane Road War as only he can deliver it. The mastermind behind the seminal “Mad Max” trilogy has pushed the limits of contemporary cinema to re-imagine the beauty and chaos of the post-apocalyptic world he created and the mythic Road Warrior adrift within it.

Miller always envisioned a film that would play out as a breathless chase from start to finish. “I think of action movies as a kind of visual music, and ‘Fury Road’ is somewhere between a wild rock concert and an opera,” Miller comments. “I want to sweep the audience out of their seats and into an intense, rambunctious ride, and along the way you get to know who these characters are and the events that led up to this story.”

Producer Doug Mitchell, Miller’s filmmaking partner for 35 years, says the decade-long effort to bring “Mad Max: Fury Road” to the screen has itself been an exhilarating ride. “George has a brilliantly creative mind, but with that creativity comes a certain pragmatism. A project of this scale could only be possible with that combination, which he intuitively possesses. We’ve gotten through some tight corners and hilarious moments along the way, but for me, it’s been a wonderful privilege to be there with him on his epic journey.” 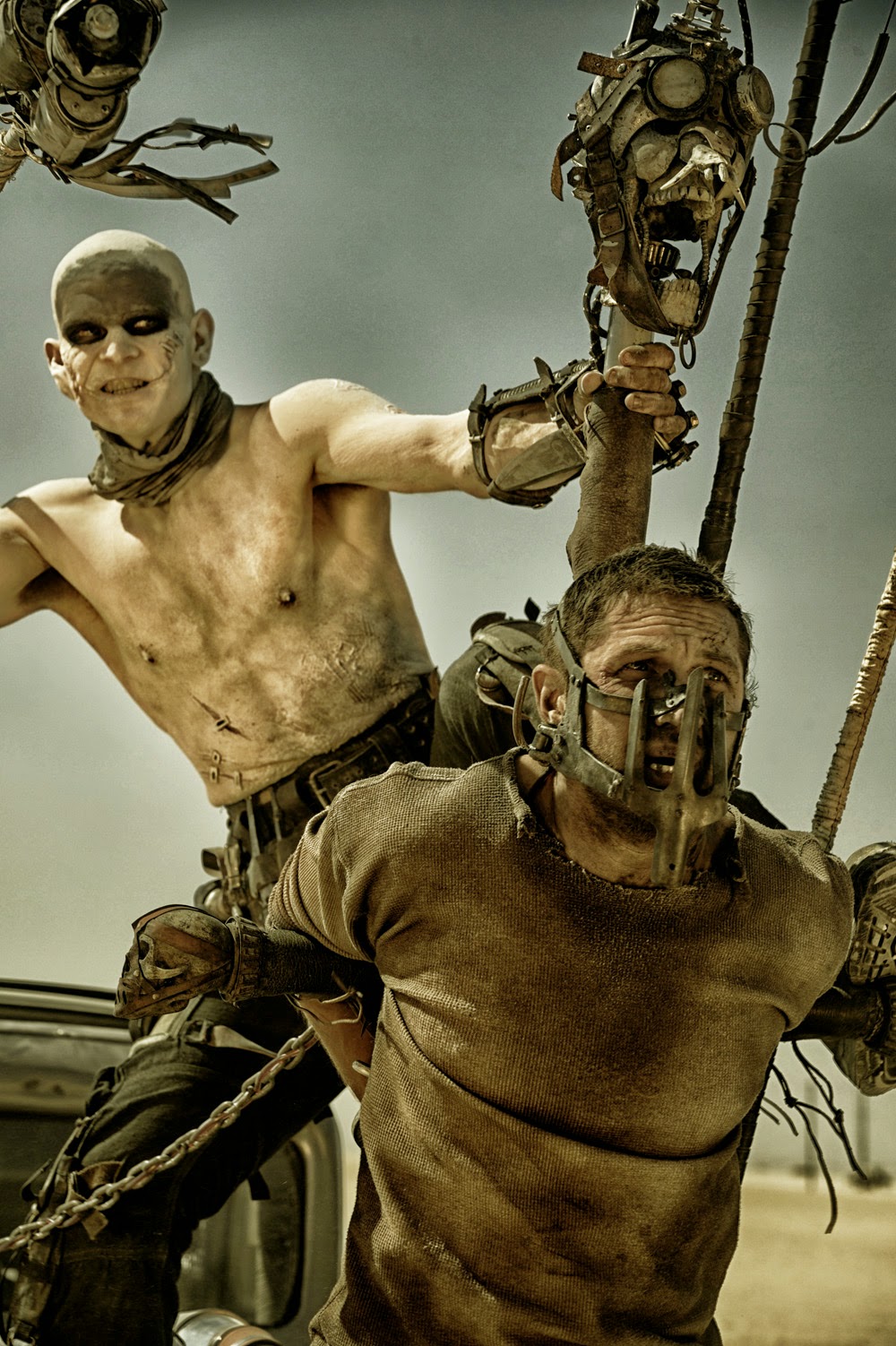 For Miller, the road goes back further. In the late 1970s, he was just out of medical school when, fueled by his love for cinema’s early action and chase movies, he set out to rediscover their pure visual language on his own. Drawing from his experiences as an emergency room doctor, he conceived a tale of a solitary figure in a world stripped bare following the collapse of society, and terrorized by psychotic road gangs.

Miller notes, “I’ve always been fascinated by how societies evolve, which can be at times incredibly inspiring, but at other times disturbing. When you strip away the complexity of the modern world, you can enter one that is very elemental, very spare, and tell stories that are basic allegories.”
Scraping together a shoestring budget, Miller assembled a rolling carnival of motorbikes and muscle cars, cast an unknown named Mel Gibson straight out of drama school, and hit the desolate highways on the outskirts of Melbourne, Australia, to capture the raw energy of a cataclysmic array of live stunts, with people driving real vehicles at real speeds.

The result was “Mad Max,” which burst onto screens in 1979 and sent shockwaves through the culture. As the “Mad Max” legend grew, Miller escalated his singular brand of propulsive action and immersive world-building with the two films that followed—the iconic “Mad Max 2: The Road Warrior” and the operatic “Mad Max: Beyond Thunderdome.”

“One of the ideas that drove the first ‘Mad Max,’ and drives ‘Fury Road,’ was Alfred Hitchcock’s notion about making films that can be watched anywhere in the world without subtitles,” Miller reflects. “You’re trying to achieve what great pieces of music do—no matter what your mood, they take you to a place outside yourself, and you come out the other end having had an experience. That’s what we’ve tried to do with these films.”

For the man at the center of it all, some things never change. “There’s an intense and strange exhilaration in crashing vehicles in the desert. You lose any sense of yourself and are just working off instinct and gut. Which isn’t to say it wasn’t mad,” Miller smiles. “But to paraphrase an old saying, ‘You don’t have to be crazy to make a ‘Mad Max’ movie, but it helps.’”