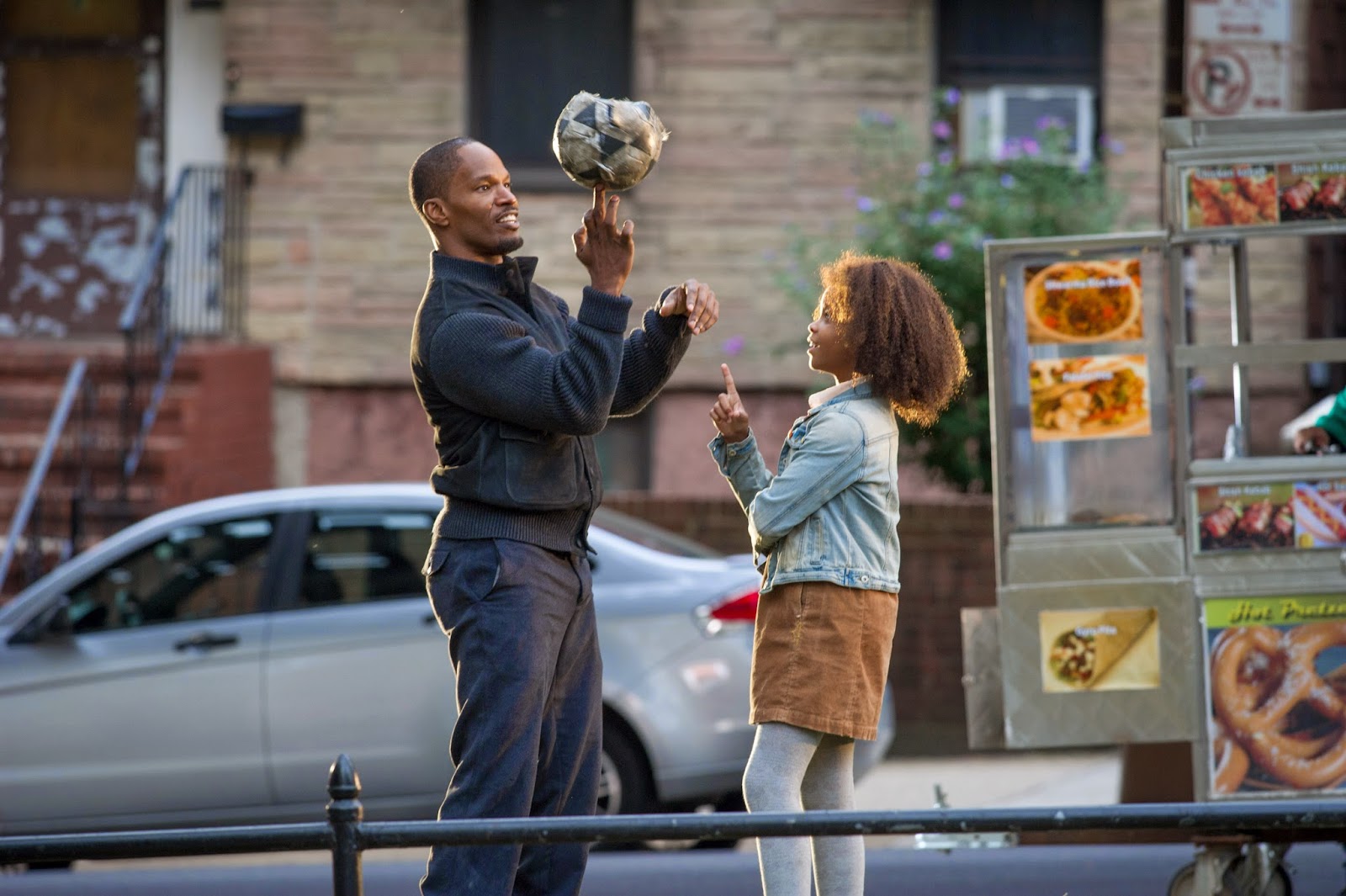 From Will Gluck, the director of the acclaimed comedy “Easy A,” comes the new, contemporary vision of the Broadway classic with Columbia Pictures’ comedy “Annie” starring Oscar-honorees Quvenzhane Wallis and Jamie Foxx.

Director, writer and producer Will Gluck says that in approaching a new vision for Annie – the classic show that won seven Tony Awards on Broadway and went on to become a heartfelt movie classic for 1980s kids who are now parents themselves – he was excited by the chance to work on a film that captures the magic of family.

Working with a classic is no easy task, but it’s one that Gluck, along with the producers, approached with equal parts respect and excitement. “Annie has never gone out of style,” Gluck says. “At the end of the day, it’s about finding family – which is the only thing that any of us want. Annie thinks that if she finds her parents, that’s what ‘family’ means and she’ll be happy. On the other side of that coin, you have Will Stacks, who doesn’t believe that he needs family – he believes he’s fulfilled by work and money. So these two people are going on parallel paths, thinking they know the path to happiness. They realize that their happiness is not what they thought it was – it’s actually in each other.” 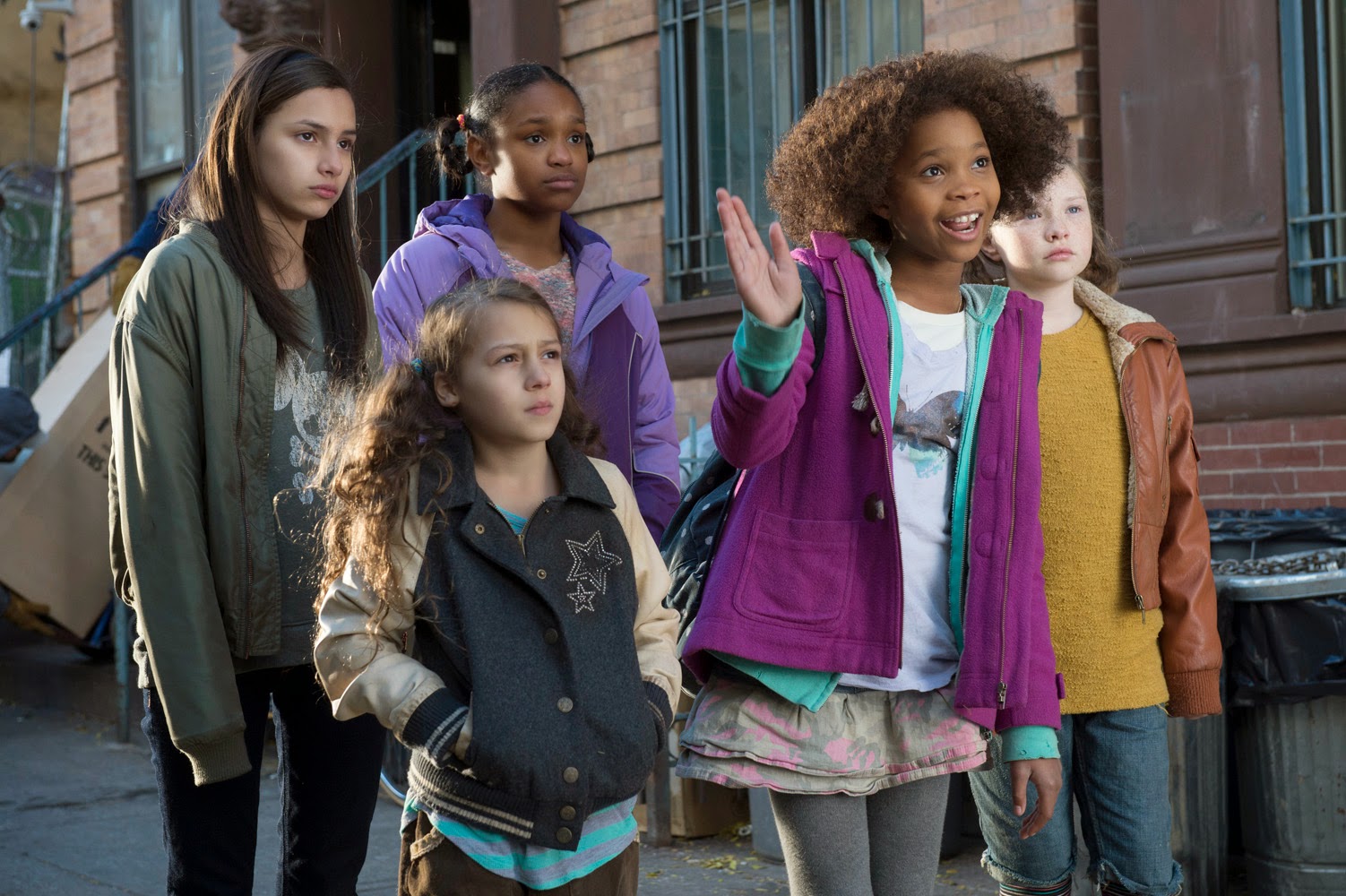 Gluck says that’s a story that would resonate in any generation. “That’s why the songs and story still entertain as much as ever. We had a chance to make a great version of it that would appeal to today’s kids and their parents.”

In their vision for the film, Gluck and the producers wanted to put an updated, contemporary spin on the classic Broadway classic. Rather than set the film in the 1930s, “Annie” is set in the present day and the heroine is a 2014 kid in every possible way. For starters, Annie is a foster kid, not an orphan. She rides bikes through the city, knowing all the best routes to get through traffic. “This little girl is savvy,” says producer Caleeb Pinkett. “She understands the way the world works, because she’s street smart. She had to learn that way in order to survive.” 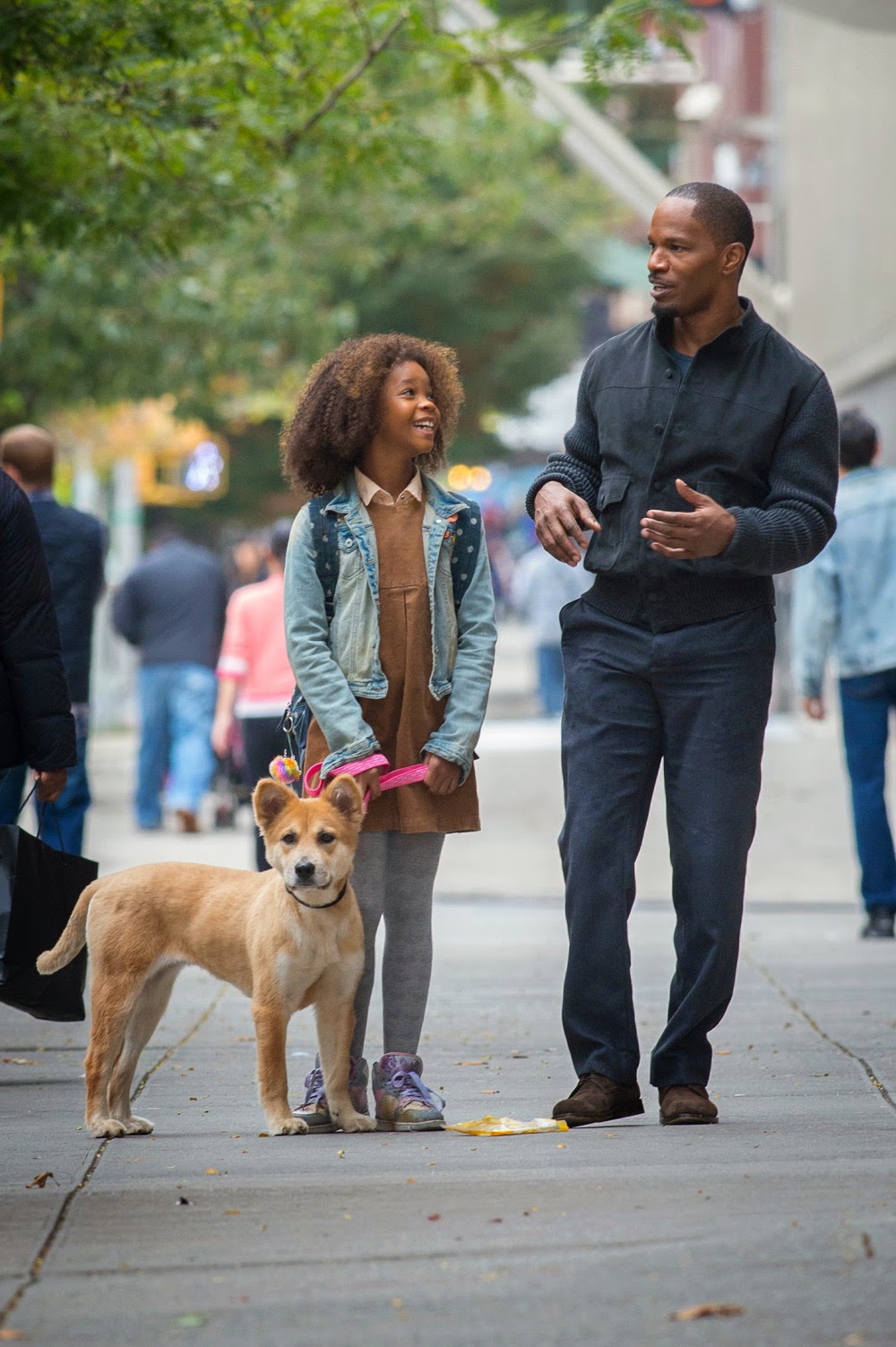 As for the man who takes Annie in, he’s no longer a Depression-era industrialist who got rich through war bucks – instead, he’s Will Stacks, the head of a cell phone company. “Stacks is worth $4.7 billion,” Gluck explains. “He’s created the largest cellular network in the world. But all he cares about is work, work, work. And as he’s running for mayor, that’s all New Yorkers see about him. He’s desperate to make a connection to the voters, so he takes Annie in as part of this cynical PR ploy – but the last thing he expected is to make a connection to one person in particular who can’t even vote for him, because she’s only 10 years old.”

So the filmmakers have put a thoroughly contemporary spin on these characters – and in so doing, they cast the roles with bright, all-star company of actors, including Jamie Foxx, Rose Byrne, Bobby Cannavale, and Cameron Diaz. “Working with people like Jamie and Cameron and Bobby and Rose is just one more way that we made the movie feel like it’s happening right now,” says Gluck. “Of course, the most important thing to us was their incredible comedy chops and their ability to connect emotionally, but the fact that, collectively, the cast reflects where we are today – that was a huge part of the way we wanted the movie to look.”

Academy Award® nominee Quvenzhané Wallis (Beasts of the Southern Wild) stars as Annie, a young, happy foster kid who’s also tough enough to make her way on the streets of New York in 2014. Originally left by her parents as a baby with the promise that they’d be back for her someday, it’s been a hard knock life ever since with her mean foster mom Miss Hannigan (Cameron Diaz). But everything’s about to change when the hard-nosed tycoon and New York mayoral candidate Will Stacks (Jamie Foxx) – advised by his brilliant VP, Grace (Rose Byrne) and his shrewd and scheming campaign advisor, Guy (Bobby Cannavale) – makes a thinly-veiled campaign move and takes her in. Stacks believes he’s her guardian angel, but Annie’s self-assured nature and bright, sun-will-come-out-tomorrow outlook on life just might mean it’s the other way around.